Become a Member
Read Today's E-edition
Share This
PIAA Golf: Trinity's James Ulsh closes with impressive back nine to tie for third in boys Class 2A championship
0 Comments
Share this
1 of 6 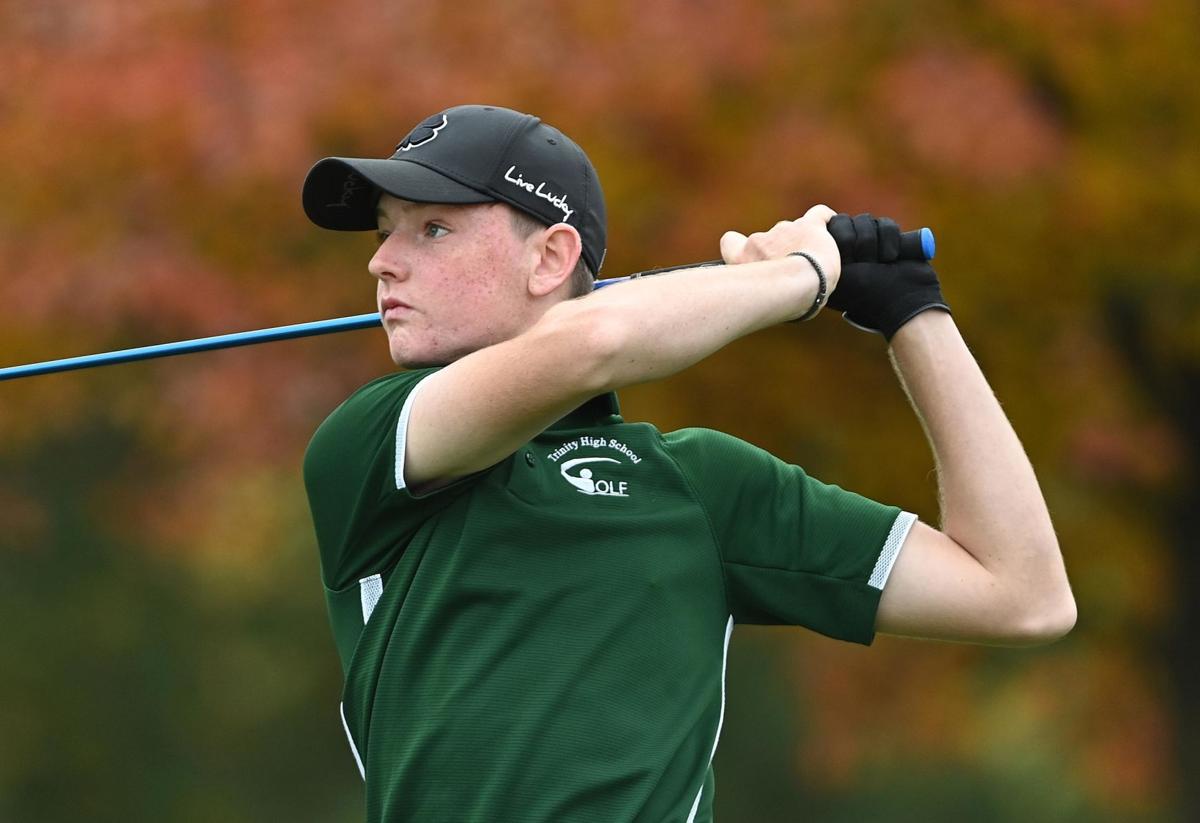 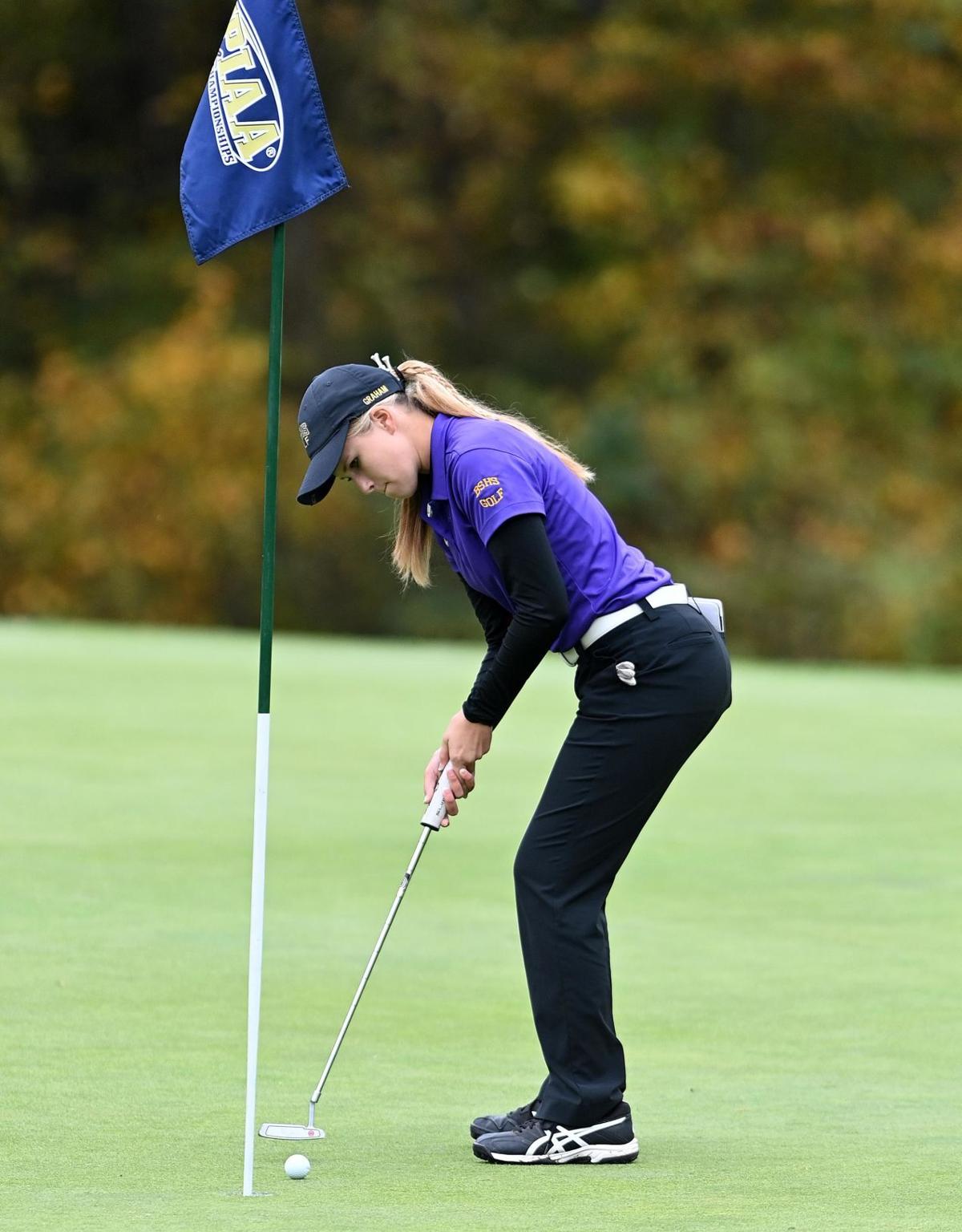 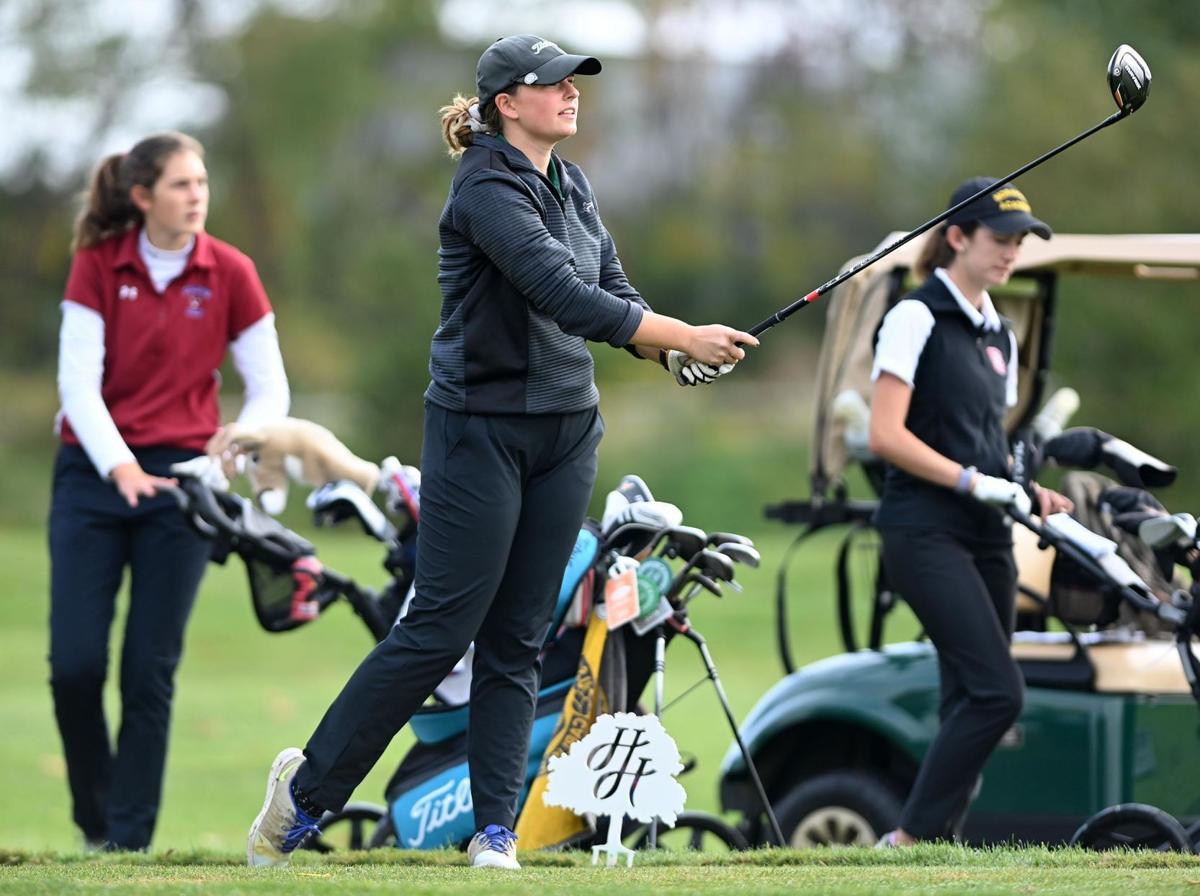 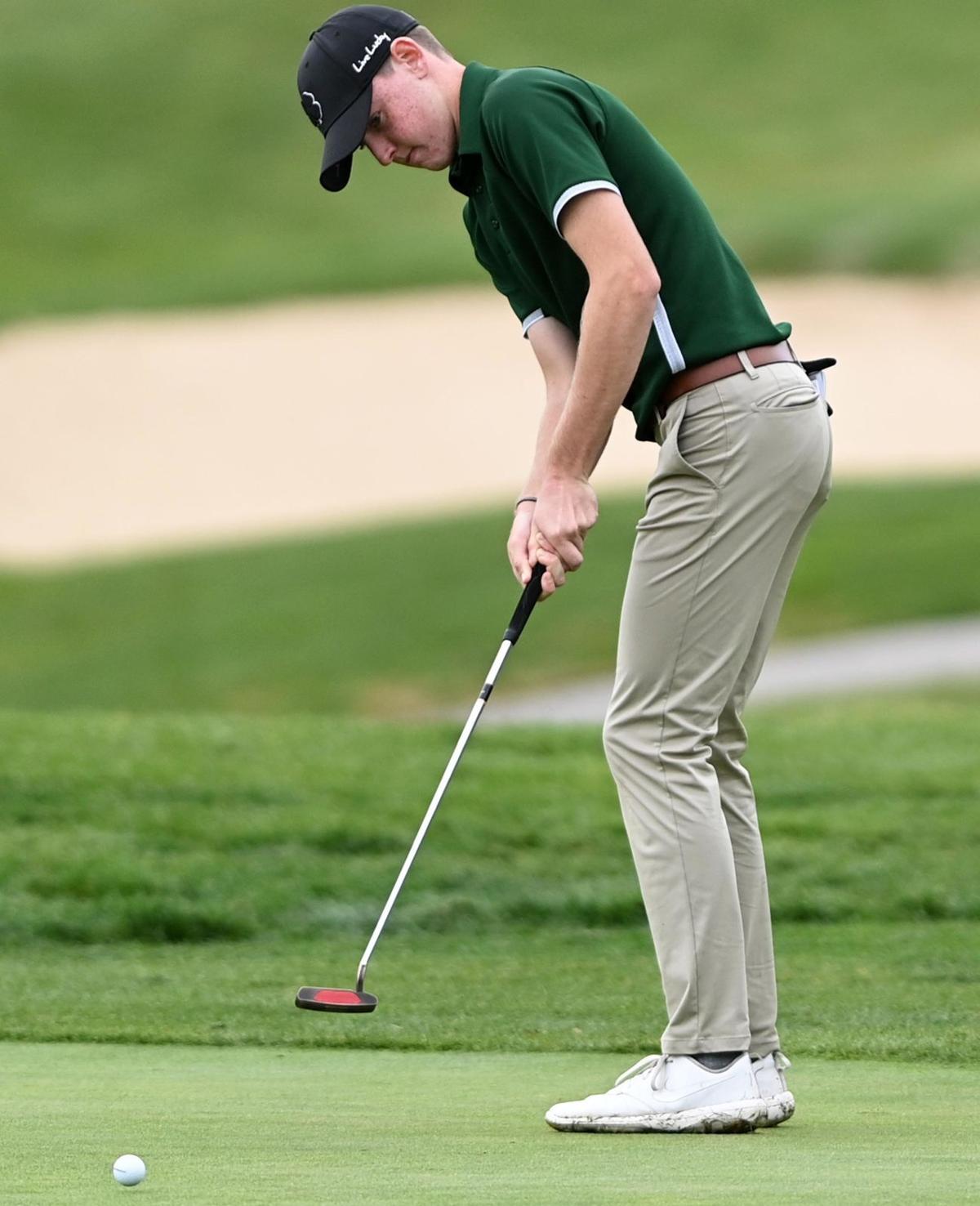 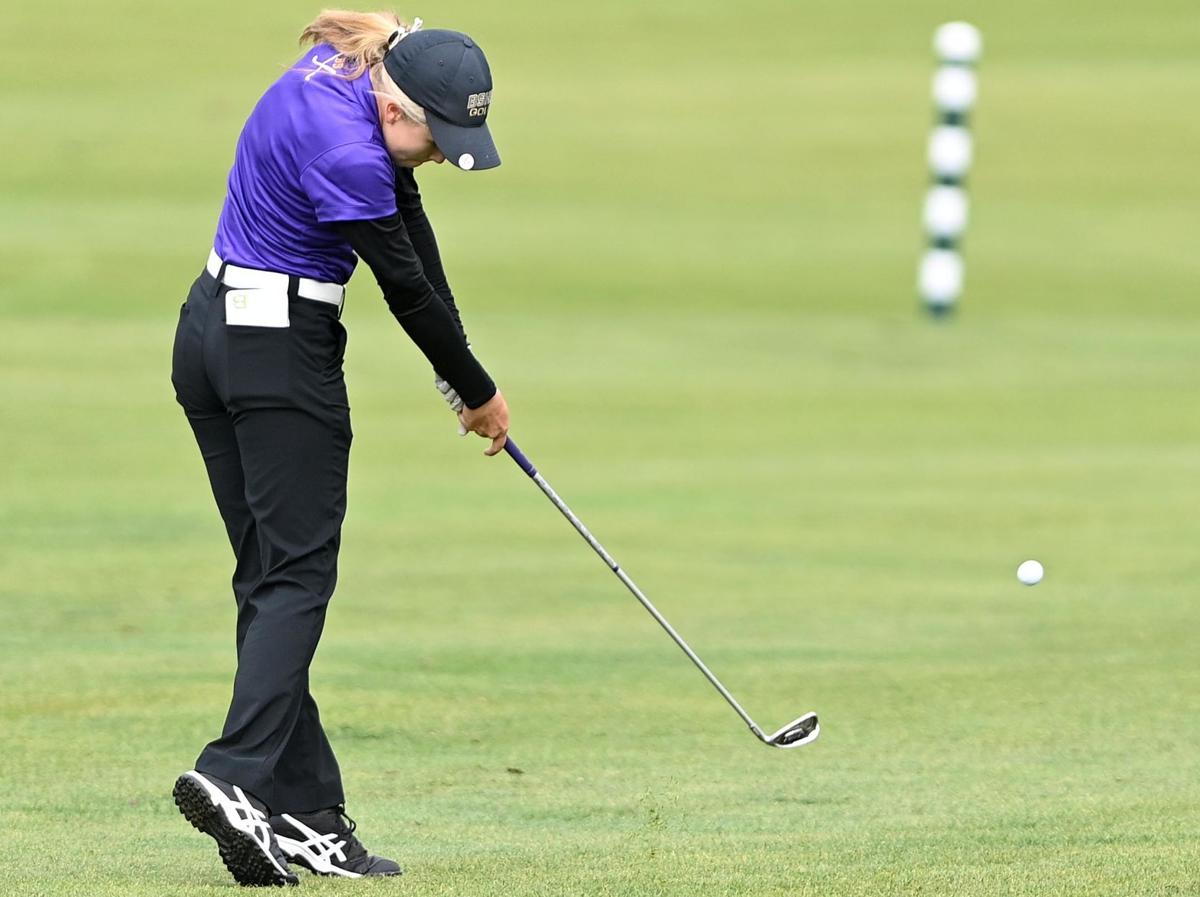 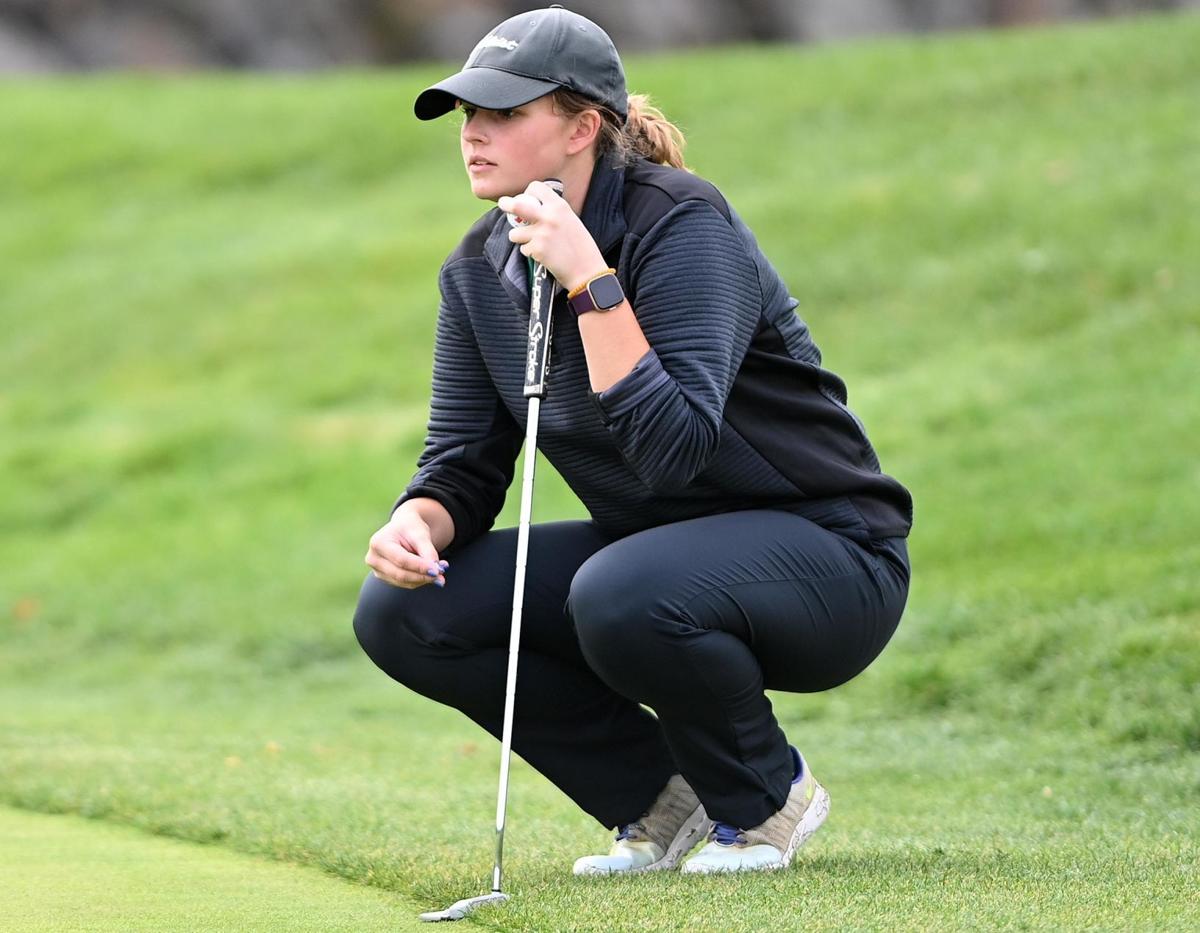 Trinity’s Olivia Maddux lines up her putt on #1 in the PIAA Class 2A Golf Championships held Monday at Heritage Hills Golf Resort, York.

YORK — James Ulsh did not get off to the best start at Monday’s PIAA Class 2A Individual Boys Golf Championships.

In fact, the junior from Trinity found himself 3-over par after only three holes following a trio of bogeys at Heritage Hills Golf Resort.

But Ulsh found his stroke after that as he went on to play even par over his final 15 holes and finished states with a 3-over 74, which was good enough to tie for third with four other players.

“I kind of struggled off the tee, but then from hole four onwards I hit every green, which made things a little easier,” Ulsh said. “I had two three-putts on the front nine, too. I was kind of shooting myself in the foot in the beginning but knew I had to get some momentum going and luckily was able to hit some close.”

Ulsh’s back nine was nothing short of phenomenal. He shot a bogey free 33, 2-under par for the final nine holes, including consecutive birdies on holes 13 and 14.

“I was able to get it back on the back-to-back birdies,” he said. “Those last few holes are not easy by any means. I was taken rips at them and gave myself looks on every hole for birdie, I just wasn’t able to get it done.”

Although the tournament was shortened to one day from the typical two-day format as a part of the ongoing coronavirus precautions, Ulsh was pleased with how his third trip to state golf turned out.

“I needed that one more day to finish it out. Five-over through nine holes is hard to [come back from] in a one-day tournament,” he said. “My mindset coming into here, I played a little bit different from years before. You know that some holes you can’t be as risky.

“You know with a one-day [tourney] you have to know to take a certain amount of risk but the same time double [bogeys] are another thing that kills you. I didn’t have any doubles which saved my score and kind of just kept me going through it all.”

Matthew Tressler of Scranton Prep birdied the first four holes of his back nine Monday. He followed with two pars, then birdied the next two holes. Unfortunately, his bogey on No. 9 (his final regulation hole) sent he and Isaiah Swan of North East out for a state championship playoff, tied at 2-under par.

Perhaps more unfortunate was Swan punching a ball from under a bush 70 yards away onto the green, then dropping a 22-foot birdie to win the championship.

Boiling Springs sophomore Brooke Graham wanted to show improvement from last season when she made her debut in the PIAA Class 2A girls championships as a freshman.

“I just tried to beat my score from last year,” she said. “Last year I took it all as an experience. I was so glad to be there for the first time. This year, I was a little disappointed with how I started, but I just tried to keep going and keep my head up high.”

Fresh off her District 3 championship nine days ago — the Bubblers’ team title and Graham’s individual gold were the program’s first golf championships of any kind Graham — carded a 15-over 87 and finished tied for 13th.

Graham also got off to a tough start, playing 7-over after five holes, before stabilizing her play. She ended the day with par on two of the last three holes.

“I think my back nine was better. It was only three strokes better, but it felt a lot better to me,” she said.

Normally a two-sport athlete in the fall, as goalie in the Bubblers field hockey program, Graham was happy to be able to compete this season.

“This year I couldn’t do both because of the cross-contamination with the two sports,” she said. “I was so glad that I was able to have a season. It was crazy not knowing what was going to happen. I just knew to practice as much as I could just to be ready.”

Graham and her Bubblers boys teammates will be back next week for the state team championships.

Trinity senior Olivia Maddux agreed that playing was the most important factor.

“I am happy to have made it here for a third time,” she said. “I don’t think I’ve ever had anyone ask me what I shot at states. It’s just, ‘Oh you got to states. That’s great.’

“I didn’t know I was going to have a season, and being able to have my senior year and making it back, I am happy.”

Maddux shot an 89 on the difficult course at Heritage to place 17th.

Vileska Gelpi of Rockwood won the 2A girls title, shooting a 2-over 74 for a three-stroke victory.

The Class 3A individual championships will be held Tuesday.

For more photos from the District 3 Golf Championships, go to cumberlink.com/sports

PIAA Golf: Carlisle senior John Peters disappointed with day but not career after tying for 20th in Class 3A championship

“It was pretty competitive last year, and I know we had a really good team. But everybody in the league, they have kids coming up. So, it’s going to be good. It’ll be interesting to see who will be coming out in the end.” ~ Boiling Springs head coach Jim Lithgow

Trinity’s Olivia Maddux lines up her putt on #1 in the PIAA Class 2A Golf Championships held Monday at Heritage Hills Golf Resort, York.