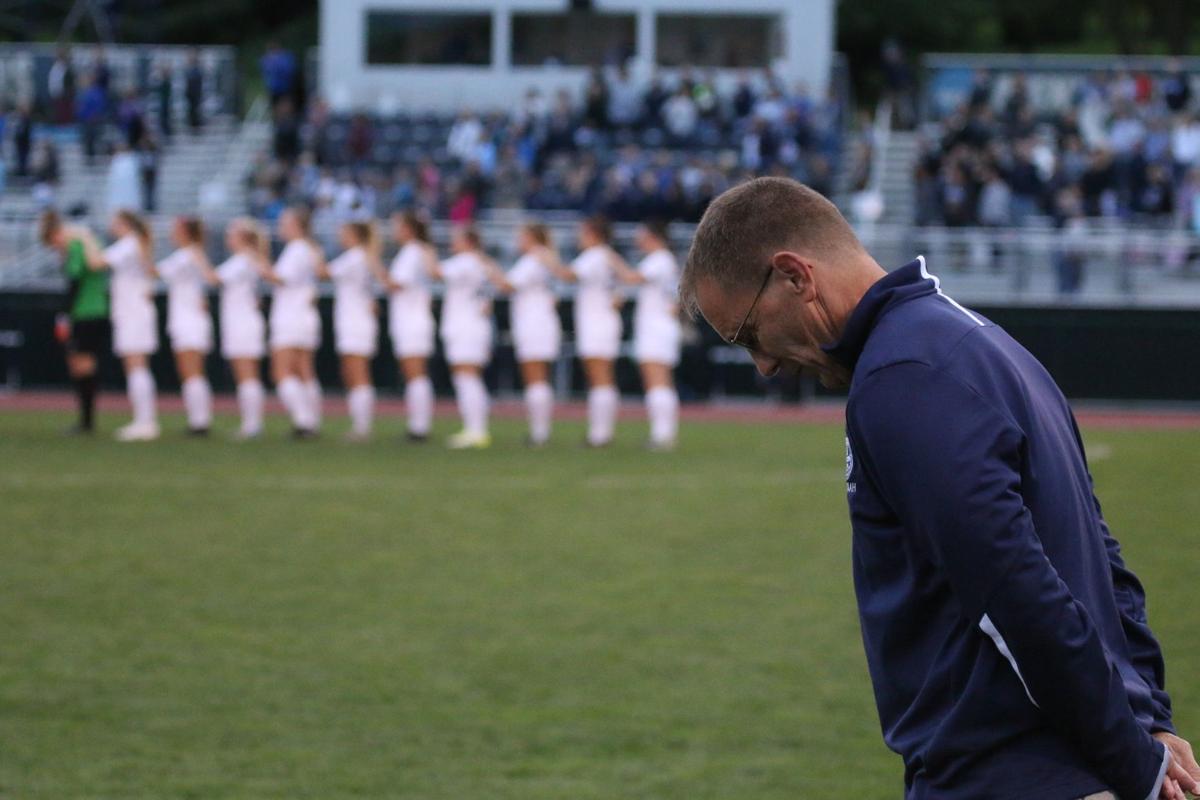 For 20 years, Messiah's Scott Frey has roamed the sidelines during women's soccer games. This year he eclipsed 400 career wins. 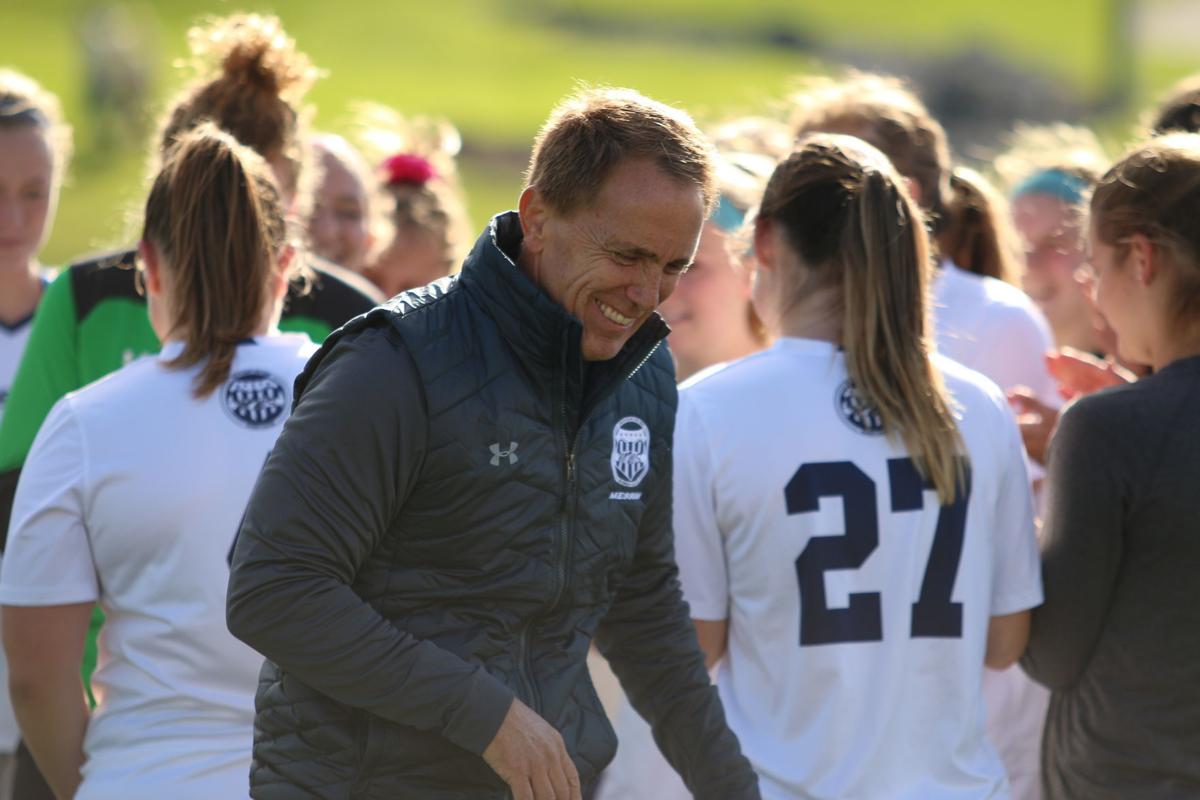 Messiah women's soccer head coach Scott Frey has a close connection with his players, built on the game he loves and the faith they share. 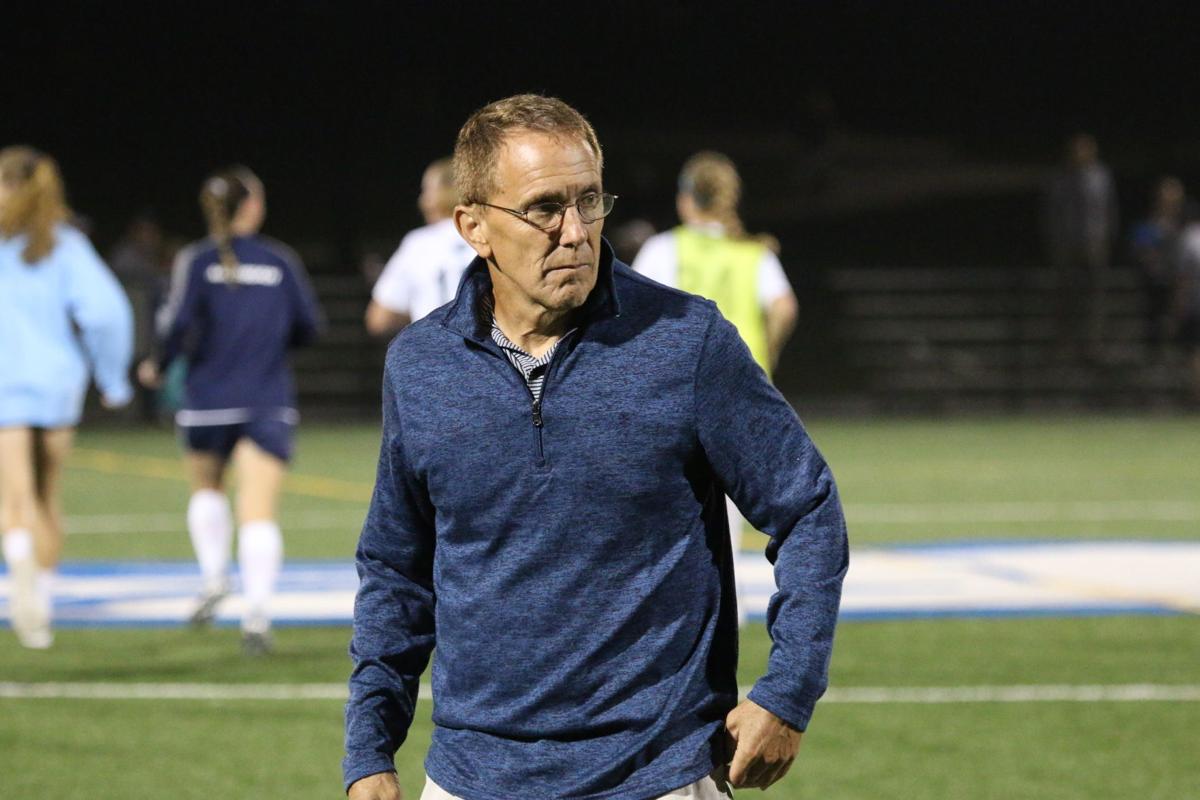 For Messiah’s Scott Frey, coaching women’s soccer is something he has loved for 20 years, doing it at the place he most belongs.

While Frey acknowledges he could have found success elsewhere, coaching at his alma mater, where he studied physical education, has been a labor of love he didn’t necessarily anticipate.

“I never dreamed then of having the opportunities I have had along the way to get involved in coaching at the college level,” he said. “Much less at a place like Messiah that fits me as a person in so many ways. To be able to entwine my faith with my love for coaching and the game of soccer is something I am very grateful for.

“Coaching is coaching, and it is working with people to create a culture of trust, buy-in, hard work, selflessness and discipline.

“The unique aspect or piece here at Messiah is I have been able to do all those things and also include the faith aspect in the players’ lives and their desire to grow as followers of Christ.”

It’s not about wins and losses either, despite the amazing run Frey has had at Messiah. This includes opening the 2019 season with his 400th career win with the Falcons.

“Every time I read that statistic — 400 wins in 20 years — I am so impressed,” senior forward Brooke Firestone said. “I am so thankful that I have gotten to be a small part in that.”

Senior defender Emily D’Amico, a Trinity grad, added that the Aug. 30th 3-0 win past Grove City College at Shoemaker Field was a special moment for everyone.

“Four hundred wins is an incredible accomplishment, especially considering we only have 18 guaranteed games per season, not including playoffs,” she said. “We talked about it before the game and knew that we wanted to play this game for him, to give back to him because he’s done so much for us.

“We were thrilled to be a part of his 400th win. After the game, we yelled ‘Happy 400 coach!’ and he just waved us off because he’s too humble to even gloat for a minute about such an accomplishment.”

Reaching the milestone was not a part of Frey’s plan 20 years ago. With some great help along the way, particularly from assistant coach Todd Balsbaugh, who has been there 19 of Frey’s 20 years, things have worked out.

“I don’t think any coach ever starts coaching with an idea of how many games they might win or lose,” he said. “The only focus I have had in all my years of coaching is trying to figure out a way to prepare the team to be at their best in the next game and at the end of the season.“I have been very fortunate to have a great staff working with me for all of these seasons. All of them have come through the program or Messiah in some way. That type of continuity in a program is priceless and is seldom seen these days, especially in the college game.”

The winningest active soccer coach in Division III has accumulated a career record of 402-24-26. His teams have won five national championships, four between 2008-2012, and have appeared in the Final Four 12 times, including nine finals. The Falcons have won 15 MAC titles in 17 seasons in the conference under Frey.

Yet, for the amazing numbers, off the field is where Frey has meant the most to his athletes.

“Coach Frey has had a huge impact on me not only as a player, but even more so as a person during my four years at Messiah,” D’Amico said. “His passion for the game of soccer and for seeing us grow as people is evident in all that he does.

“On the field, he pushes us to be our best every single day and never asks for anything more than he knows what we are capable of. Off the field, he has been a source of counsel and wisdom for me, and I am very grateful for the time and energy that he has invested in me over the years.”

“It is impossible for me to put into words what Coach Frey has meant to me and how he has impacted my life in my four years at Messiah,” Firestone said. “He creates a culture for Messiah women’s soccer centered around the love of Christ and the love of each other. He cares about us more as people than just soccer players.”

In fact, Frey has meant so much to Firestone that her younger sister, freshman Kylie Firestone, is playing at Messiah.

“My sister saw the impact that coach Frey has made in my life and she wanted to be a part of it,” Brooke said. “[While my sister has] only been at Messiah for three weeks, I am already seeing the impact that he has had on her. That is what Coach Frey does. He impacts the lives of everyone he comes in contact with.”

D’Amico recalled a moment she spent with Frey that sums up the coach who has averaged more than 20 wins per season.

“As I was sitting in his office one day, he said to me, ‘We can play soccer really well and win national championships and that’s all great, but if girls come through this program and aren’t changed, then I haven’t done my job and it was all for nothing.’”

That’s Scott Frey. A wildly successful coach, who has impacted countless lives through a life of faith.

The Falcons have won six national titles in the past 15 years.

Our college athlete series, Catching Up With ..., continues with half of the two-headed Trinity pair that kickstarted the Shamrocks' current run of six-straight District 3 titles: DeSales forward Timmy Edwards.

Our college athlete series, Catching Up With ..., follows up last week's feature on Timmy Edwards with his partner in crime at Trinity, Pace junior guard Austin Gilbertson.

For 20 years, Messiah's Scott Frey has roamed the sidelines during women's soccer games. This year he eclipsed 400 career wins.

Messiah women's soccer head coach Scott Frey has a close connection with his players, built on the game he loves and the faith they share.