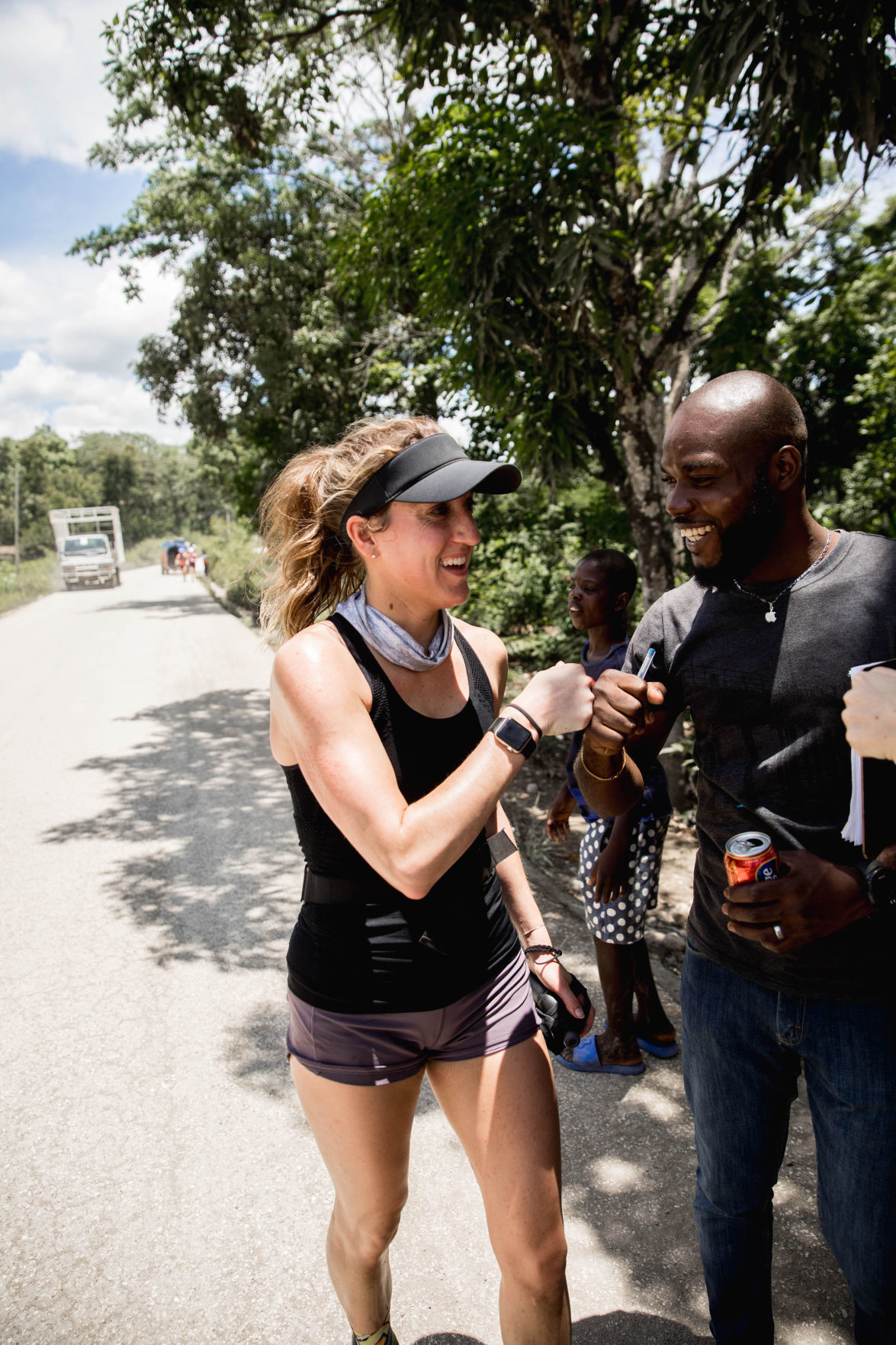 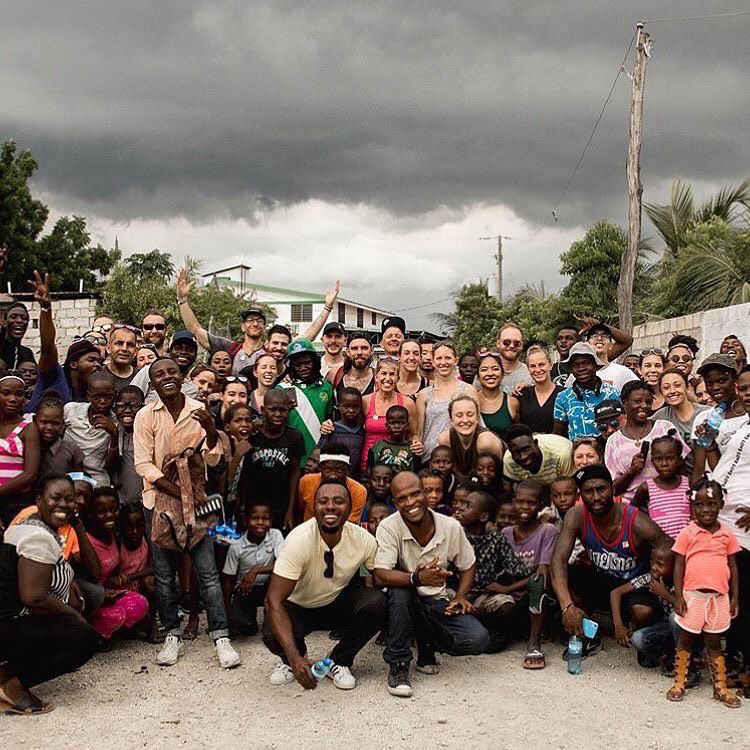 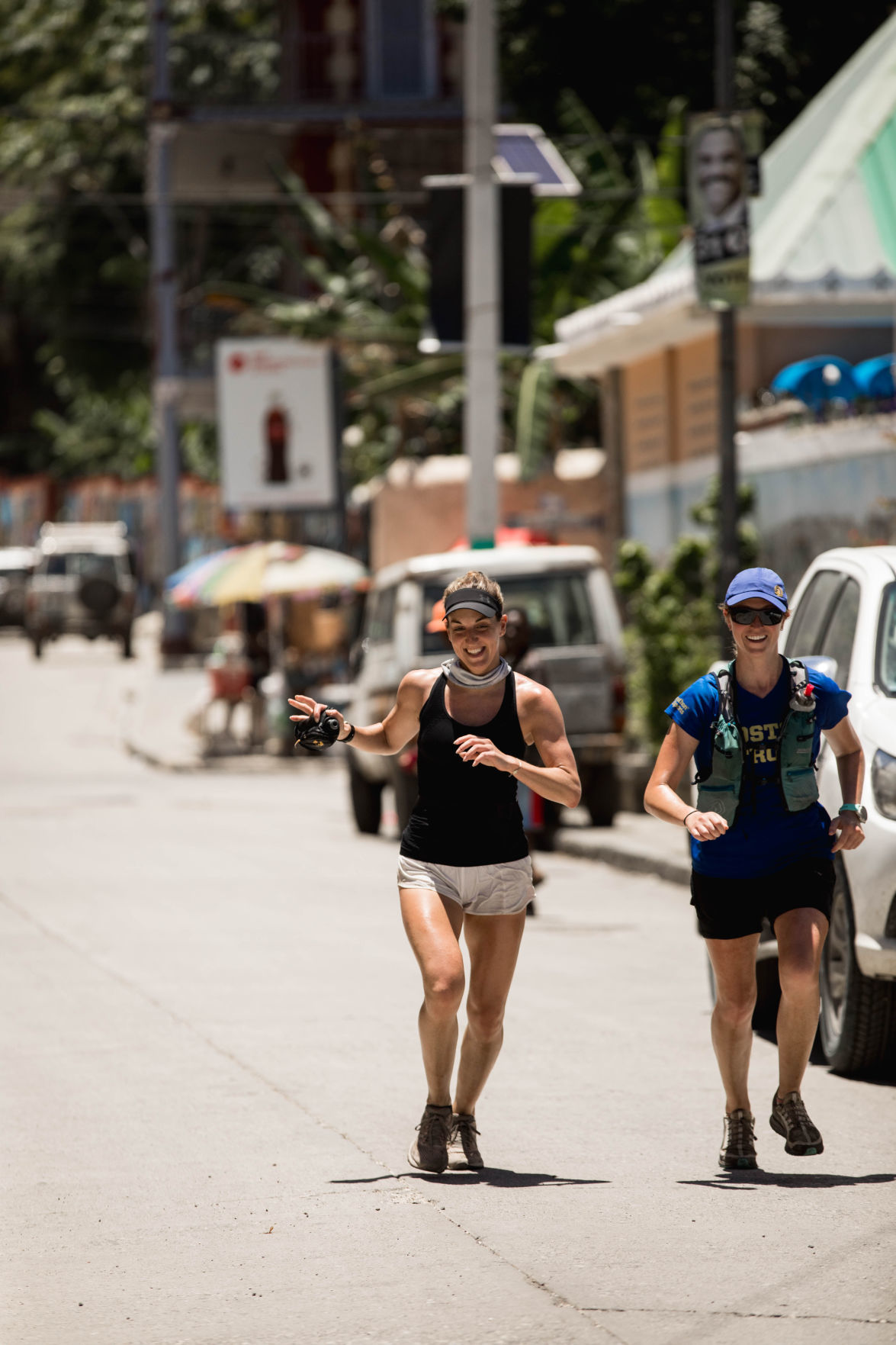 Last year, Danielle Marsh ran in the Run Across Haiti, an eight-day ultra marathon where runners traverse 200 miles across Haiti.

The Boiling Springs grad was intending to participate again this year until COVID-19 struck.

The non-profit organization, Work, has hosted the run since 2015 but had to cancel and is hoping to try again in 2021. Work aims to help families from Haiti escape poverty through good, dignified jobs. In its place, they’re holding what they’ve dubbed Run Across May. Instead of running the miles across Haiti, runners will be making their way across 200 miles wherever they live.

Marsh mostly ran middle distance races for the Bubblers in high school. She is now a resident of Pittsburgh, after attending the University of Pittsburgh to major in Italian and communications. She works as the international marketing manager for BluPanda, which offers software to manage non-clinical processes in hospitals. Despite the pandemic, Marsh is still able to work from home.

Marsh responded to a few questions from an email The Sentinel sent to see how she was managing to get the miles in.

A: I had a wonderful experience in 2019. I worked with a coach in the four months leading up to the run, and was very well prepared, both physically and nutritionally. And the crew on the ground in Haiti was phenomenal. They were there for us in any moment and often knew what we needed before we did ourselves.

A: I didn’t work with a coach this time around. When I first decided to run across Haiti, I was very aware that I didn’t know enough about pacing and nutrition. This year, I felt prepared, not only by what my coach taught me in 2019, but also by the experience I had in my first Run Across Haiti. When the run was postponed in January, and then finally canceled, I was able to adapt my training plan on my own.

Q: You mentioned in your email you were up to 120 miles so far. How have you been breaking that up? Is it tough to find time to get those miles done while also working?

A: I chose to divide my 200 miles up into 10-mile runs, not only because it’s hard to find the time to run 30-50 miles while still working, but also to keep my Run Across May going throughout the entire month.

Q: You also mentioned that there are challenges involved. What other things have you been doing to raise more money?

A: It’s such a wonderfully overwhelming experience running in Haiti, and knowing that I wouldn’t be able to replace that here in Pittsburgh, I chose to bring in another element that would make this year unique. I’ve been accepting challenges as a way to raise more money for the cause. I’ve had friends challenge me to run in ridiculous outfits (a Pens jersey, 80s clothing, a Haitian flag, “as many pony tails as possible”); I ran 24 miles in celebration of a friend’s 24th birthday; and was even challenged to do anything but run for an entire day. I’m currently up to 154 miles and $250 raised.

A: Absolutely! I will always be a part of this organization, whether as a runner, crew member, volunteer, or supporter of their 1:1 program.

A Timeout With ... Camp Hill grad Dylan Mayanja, who is making a name for himself already with Washington & Jefferson soccer

A Timeout With ... Boiling Springs native Dick Ocker has been running for 67 years, and isn't slowing down

A Timeout With ... Carlisle native Robert Gilroy, who hasn't let the postponement of Boston Marathon stop him from raising awareness for charity

A Timeout With ... Former Dickinson swim coach Paul Richards, who announced his retirement after 26 years

A Timeout With ... Former Boiling Springs wrestler Kyle Shoop reflects on missed opportunity at Lock Haven due to coronavirus

A Timeout With ... Jen Bandura, a Boiling Springs grad selected to play in the USA Field Hockey Masters Tournament

A Timeout With... Carlisle resident Ken Shur who will be running in the Boston Marathon for charity

A Timeout With... Former Mechanicsburg WR Joseph Bruno on playing senior year in Maryland, walking on at Penn State

Josh Clippinger is still invested in playing basketball for the foreseeable future at whatever level he can play at.

The former Carlisle and Messiah player has been sharing his craft with the Australian audience for the past year and a half. In 2019, he competed in the Premier League in South Australia for the Woodsville Warriors. The team finished that season at 8-13 but Clippinger still had a strong showing, averaging 13 points per game and six rebounds per game. Despite injuries in the team, the Warriors had four more wins than the previous season showing a strong improvement to the team which could have been better if they hadn’t been missing key players during long stretches of the season.

Clippinger then shifted to the North West Basketball Union in Tasmania, an island state south of Australia, to play for the Ulverstone Red Hoppers for the 2020 season. Of course, the COVID-19 pandemic put an end to that with the season being cancelled after only nine games being played. The former Thundering Herd was still putting in good numbers as he averaged over 11 rebounds per game and 19 points per game.

After returning home, he responded to a few questions we had about how things have gone for him so far.

Q: What things you were hoping to improve upon in your 2020 season, both personally and as a team?

A: Personally, I wanted to improve my stats and come in with more confidence. It also helped on my second go that my obligations were only to the basketball team, whereas 2019 I worked a job on the side. As a team, I hoped to come in and improve a side that had struggled the previous two to three seasons. The Red Hoppers had been picking up about 2 to 3 wins each season.

Q: How are you keeping in shape with the season postponed? Any spaces where you’re able to practice?

A: I’ve been doing a lot of body weight work and work outside to keep in shape. I’ve been taking time to improve my dribbling by doing so in the driveway or garage. Reading books is also a way I keep mentally sharp. As a competitor on the court you’re always trying to find that edge.

Q: What things have you noticed about the Australian game that differs from any other league?

A: The game in Australia is not so different to America. Going from college to the next level, the things you expect to change do: shot clock is shorter, court is longer, three point is farther, key is wider, and overall players are better and more experienced. One thing that is different is that for all ages there is a shot clock, the key way is wider, and the three point is longer. The trade off is that younger developing players play with a smaller basketball until about middle school or beginning of high school.

Q: What did it take for you to get back home when it was clear the season was cancelled?

A: Fortunately, the treasurer at the club did a good job at getting me on a reasonable flight. The worst I ran into were some delays. From what I saw on social media, we might have been the last league dismissed on the planet because of our location, meaning we missed the initial hustle to repatriate. That meant once flights were lined up we were well on our way back. We left just in time as Australia was shutting down major airline flights at the end of March and we had left about a week before that deadline

Q: What do you have planned moving forward?

A: I’m still looking to play hoops, but I would really like to move into playing in Europe or in America at some level. Australia is just much farther away then either of these options and after this last experience I would rest easier knowing I had 8 to 10 hours to get to my family rather than 24 hrs to 40 hrs.

Camp Hill grad Quinn Pickering was a big part of W&J's PAC title last season. He took some time recently to answer questions in another installment in our weekly Q&A series, A Timeout With.

One of Cumberland Valley's all-time greats is now on UNC-Wilmington's staff, his latest stop. Kurt Kanaskie's thoughts on his career in another installment in our weekly Q&A series, A Timeout With.

A Timeout With ... Red Land grad Steve Zack who made quite the trek across Europe playing basketball

Red Land grad Steve Zack has had quite the career in overseas basketball. Zack's thoughts on his career in another installment in our weekly Q&A series, A Timeout With.

A Timeout With ... Boiling Springs girls soccer head coach Steve Brookens on the challenges of an unprecedented season

Boiling Springs' Steve Brookens is headed into unfamiliar territory this season. Brookens' thoughts on uncertainty in another installment in our weekly Q&A series, A Timeout With.

A Timeout With ... Camp Hill boys soccer coach Justin Sheaffer preparing for 'unique' season by 'focusing on what we can control'

Camp Hill's Justin Sheaffer talks about resuming offseason workouts, the "awkward" quarantine period and reading for the season in another installment in our weekly Q&A series, A Timeout With.