All those killed at Texas school were in 1 classroom, official says

With the 2021 high school girls volleyball season in the rear-view mirror, it’s time to hand out some awards.

Here’s the 2021 All-Sentinel Girls Volleyball Team which includes Player of the Year, Coach of the Year, First Team honorees and several Honorable Mentions.

Reisinger’s 140 kills last season merely previewed the litany of big things to come for the senior outside hitter this year. In her final dance with the Eagles, Reisinger racked up 309 kills, 170 digs, 30 blocks and 27 aces across 67 sets played. To top it off, she helped usher the Eagles to the District 3 Class 4A final, and the state quarterfinals. Reisinger was recognized with all-state 4A laurels. 2020 All-Sentinel First Team.

Under the direction of Barrick, the Shamrocks were just three sets short of their second consecutive PIAA Class 2A title this fall, even without their strongest defensive presence in senior Lauren Trumpy, who suffered an ACL tear prior to the postseason run. Despite falling short of the state crown, Trinity snagged its third consecutive district 2A title, finished its season with a 20-2 record and boasted eight Mid-Penn Capital Division all-stars. 2020 All-Sentinel Coach of the Year.

Senior class helped 'raise the bar' for state finalist Trinity, a volleyball program on the rise

Repeating what’s become a staple in her prep career, Minnick quarterbacked Trinity & Co. from her setter position for one final go-around this year and flooded the stat sheet. The Shamrock senior and all-state 2A honoree mounted 584 assists, 139 digs, 80 kills and 79 aces across Trinity’s 22-match schedule. Minnick’s 584 assists more than doubled her total from last season (252). 2020 All-Sentinel First Team.

A year removed from a 3-11 record, Nutt helped vault the Wildcats to a 12-6 record and their first district playoff berth since 2015. Individually, the Mechanicsburg junior nearly evened her dig-to-kill ratio, piling up 187 and 185, respectively. In the service department, she totaled 30 aces.

What couldn’t Penner do on the hardwood this fall? The Big Spring senior tallied 200 kills, 180 digs and 46 aces en route to earning Mid-Penn Colonial Division Player of the Year honors. Penner’s all-around play steered the Bulldogs to a 9-9 record and a district playoff bid, the program’s sixth trip to the postseason in the last seven years. 2020 All-Sentinel Honorable Mention.

Quesenberry has one more year until she reaches senior status, but the Cedar Cliff co-captain and All-District 3 selection’s leadership flowered on the court this season. She whistled 113 kills over the net coupled with 26 aces. Quesenberry’s overpowering swings marshaled the Colts to the district 4A playoffs, where they won a game against No. 1-seeded Cumberland Valley in the first round.

The linchpin of the Shamrocks' defense, Whiteman’s game only grew stronger this season, following an impressive junior campaign. The all-state 2A honoree’s 272 digs led the team — she more than doubled her output from last year (130) — in addition to 46 aces and a 96.0 serving percentage. Whiteman’s defensive showcase complemented Trinity’s constant offensive outpour. 2020 All-Sentinel First Team.

The other half of the Shamrock elite defense, the stat sheet doesn’t exemplify how vital Seubert was in the Trinity starting rotation this fall. She notched 176 digs in addition to 46 aces, a 92.7 serve percentage and 20 assists. Seubert’s hounding defensive presence resulted in an a Class 2A all-state nod and keyed Trinity’s second straight trip to the state 2A title match.

You didn’t want to be on the receiving end of one of Thompson’s serves this season. The CV senior buried 34 aces to complement an 89.6 serving percentage this fall, which included district postseason service runs of 16 and eight. Thompson’s 423 digs also paced the Eagles — Reisinger’s 170 were second most. Along with Reisinger, Thompson was awarded all-state 4A honors.

An All-District 3 selection for a reason, Ziegler was another key asset in the Eagles' postseason stretch. Ziegler matched Reisinger’s quick-strike ability, notching 136 kills to go along with 99 digs, a team-high 45 aces and 10 blocks. Her 15.0 ace percentage also ranked tops among the team in 250 serving attempts or more.

Note: The All-Sentinel teams were selected by The Sentinel’s staff with input from the area’s coaches. The print version of the fall 2021 lists are scheduled to appear in the Friday, Dec. 31 edition of The Sentinel.

After nine seasons at the helm of the Big Spring girls volleyball program, Cara Rhone stepped down from her position in December. 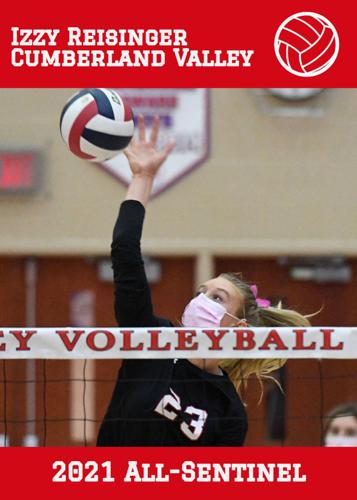 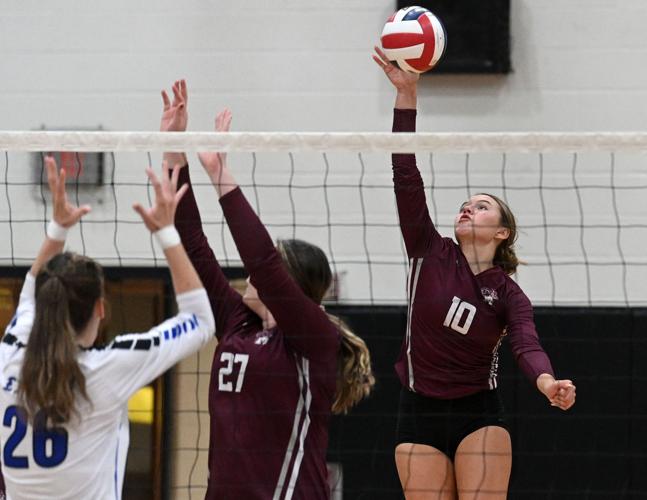 Mechanicsburg's Gracen Nutt, back, hits the ball over the net from the from back of the court during the first set of their match against Elizabethtown in a District 3 Class 4A volleyball match at Elizabethtown Area High School. 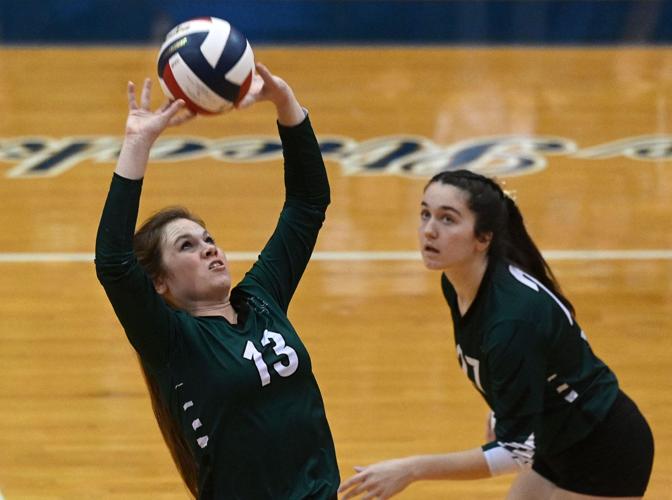 Trinity Jena Minnick, left, sets up a play in the second set in a PIAA Class 2A volleyball match against Allentown Central Catholic at Manheim Township High School, Manheim. 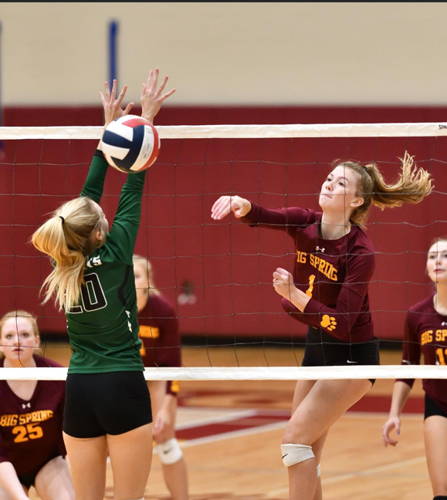 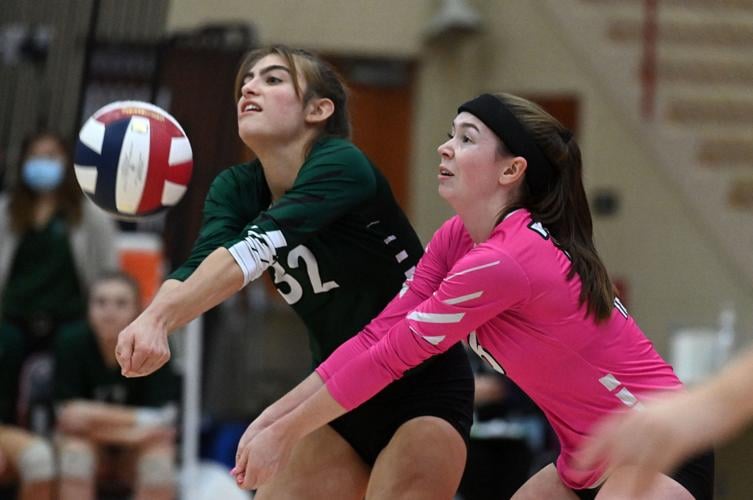 Trinity's Ryanne Whiteman, front, and Jayda Gray both go for a pass during the first set in their PIAA Class 2A volleyball championship match at Cumberland Valley. 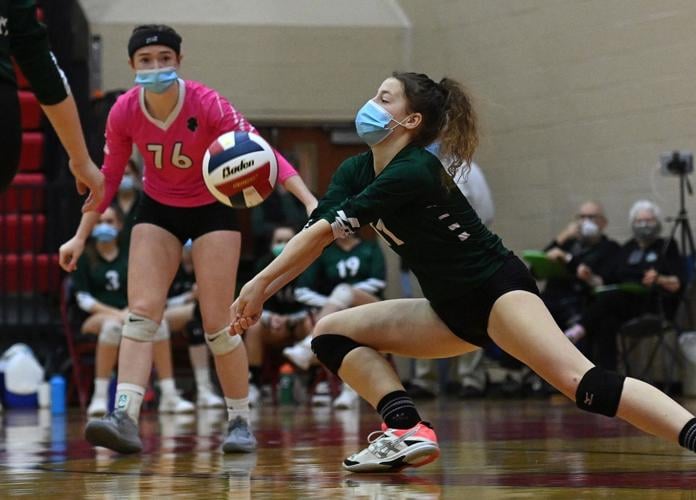 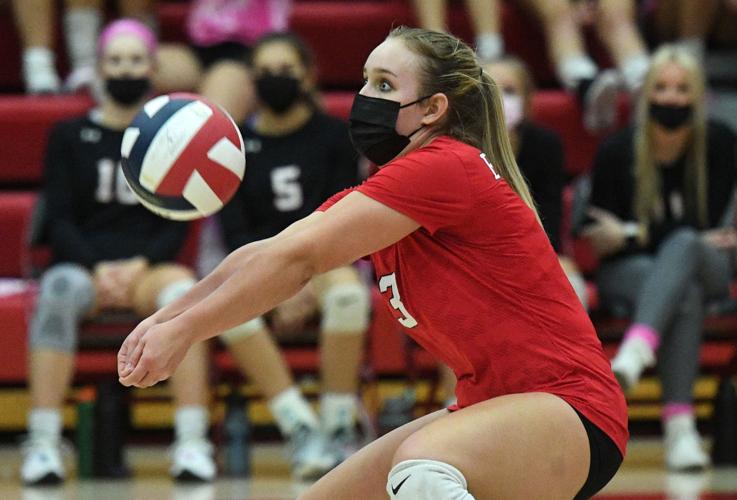 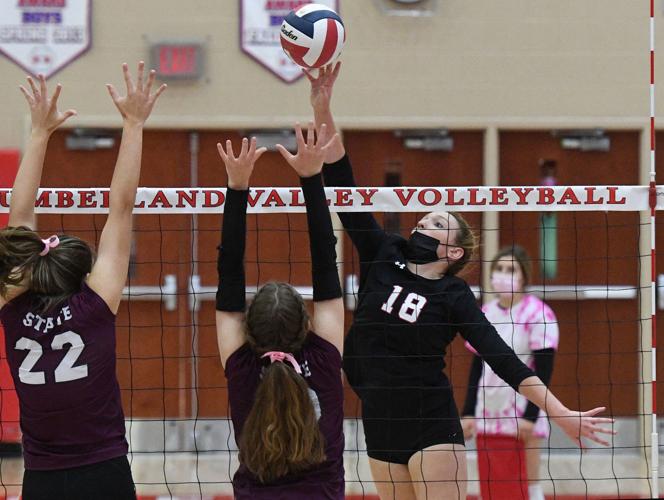 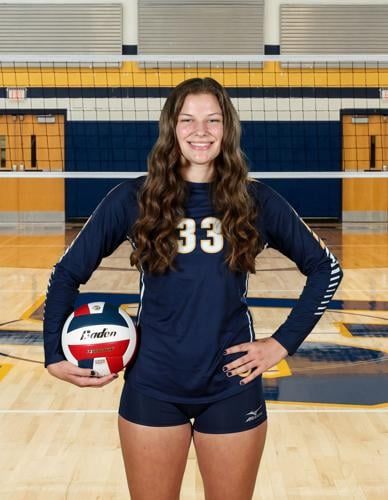