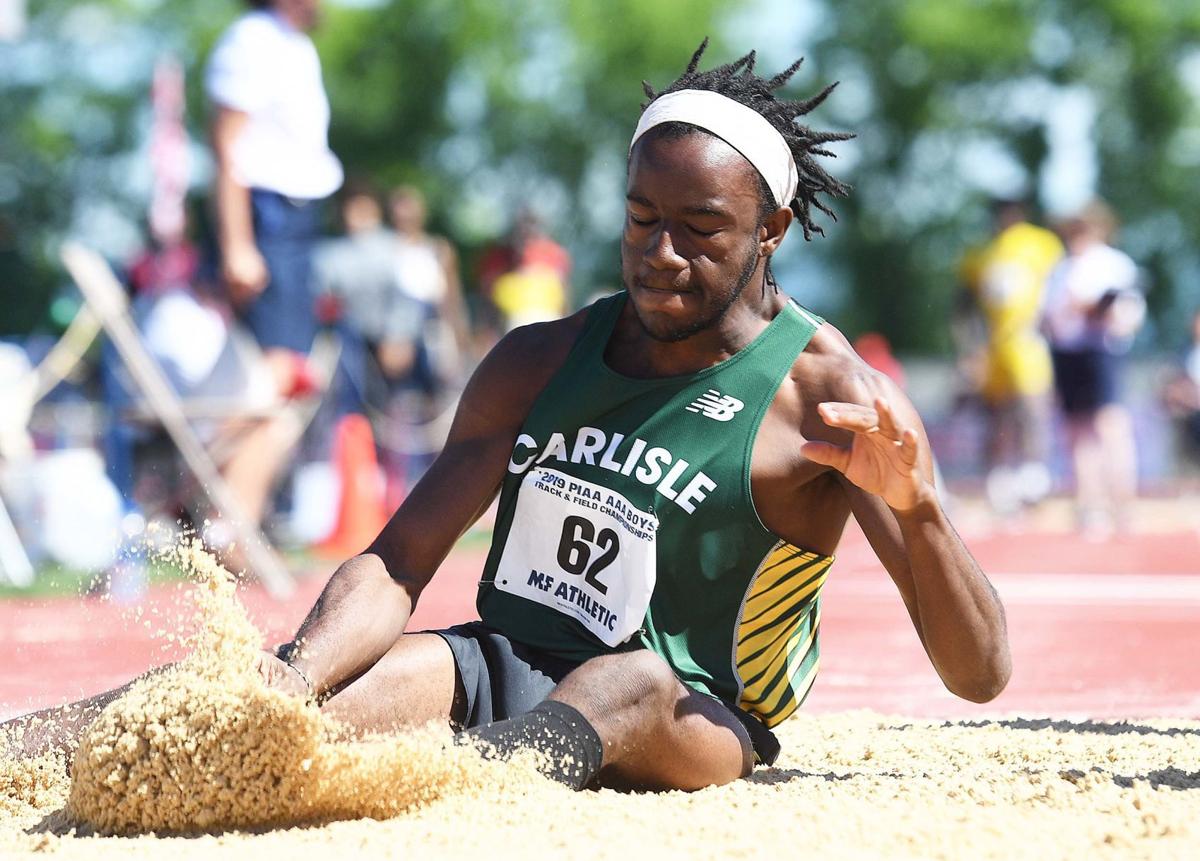 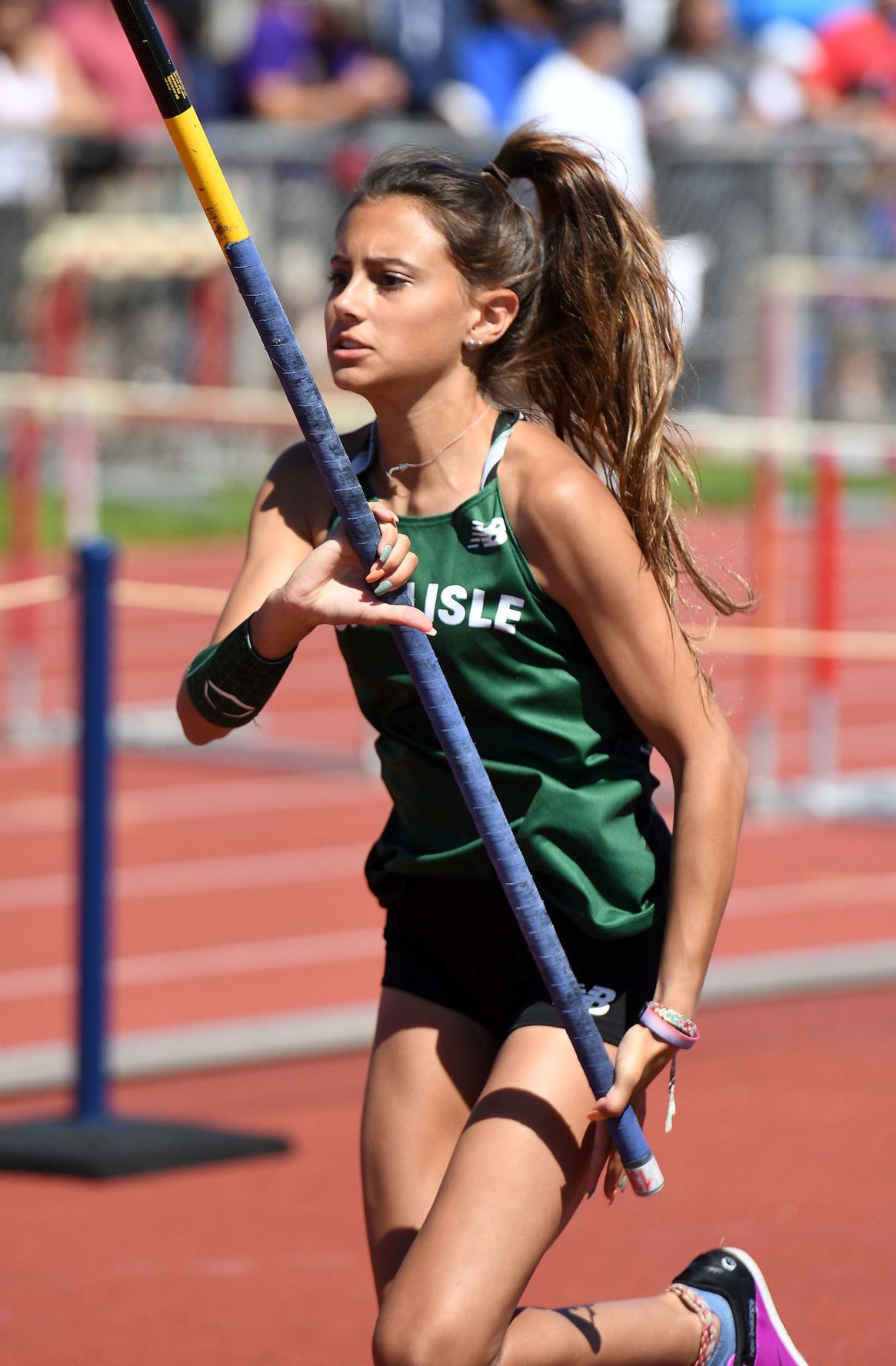 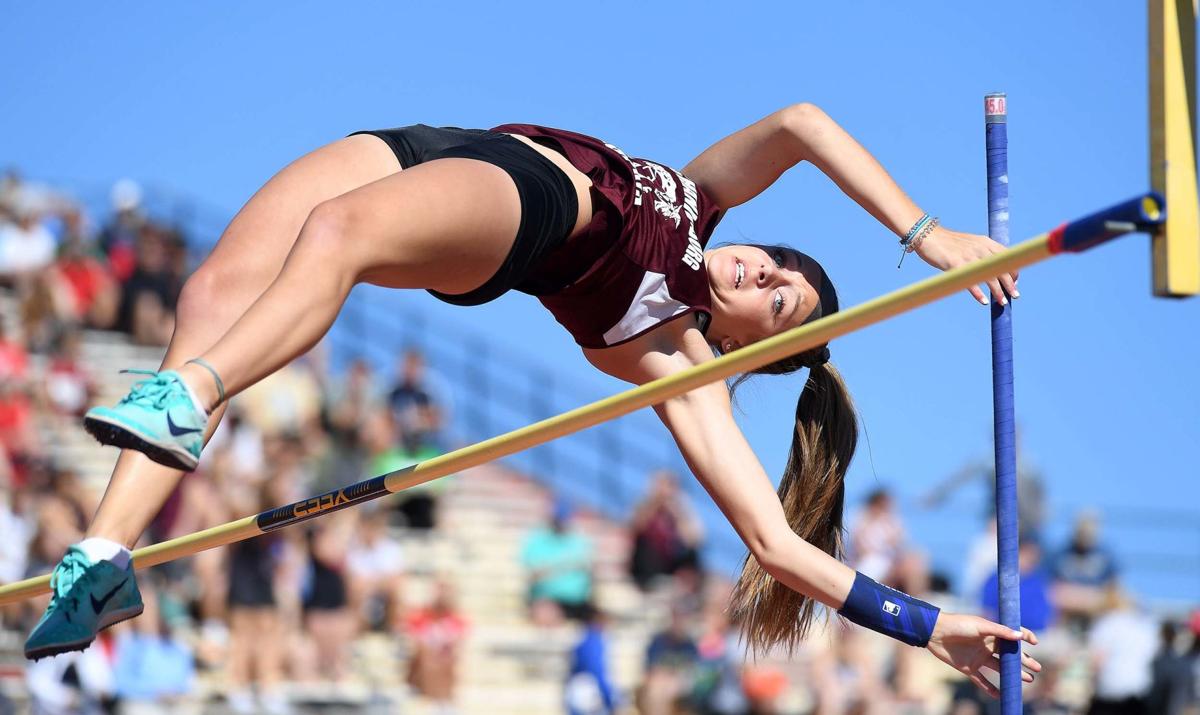 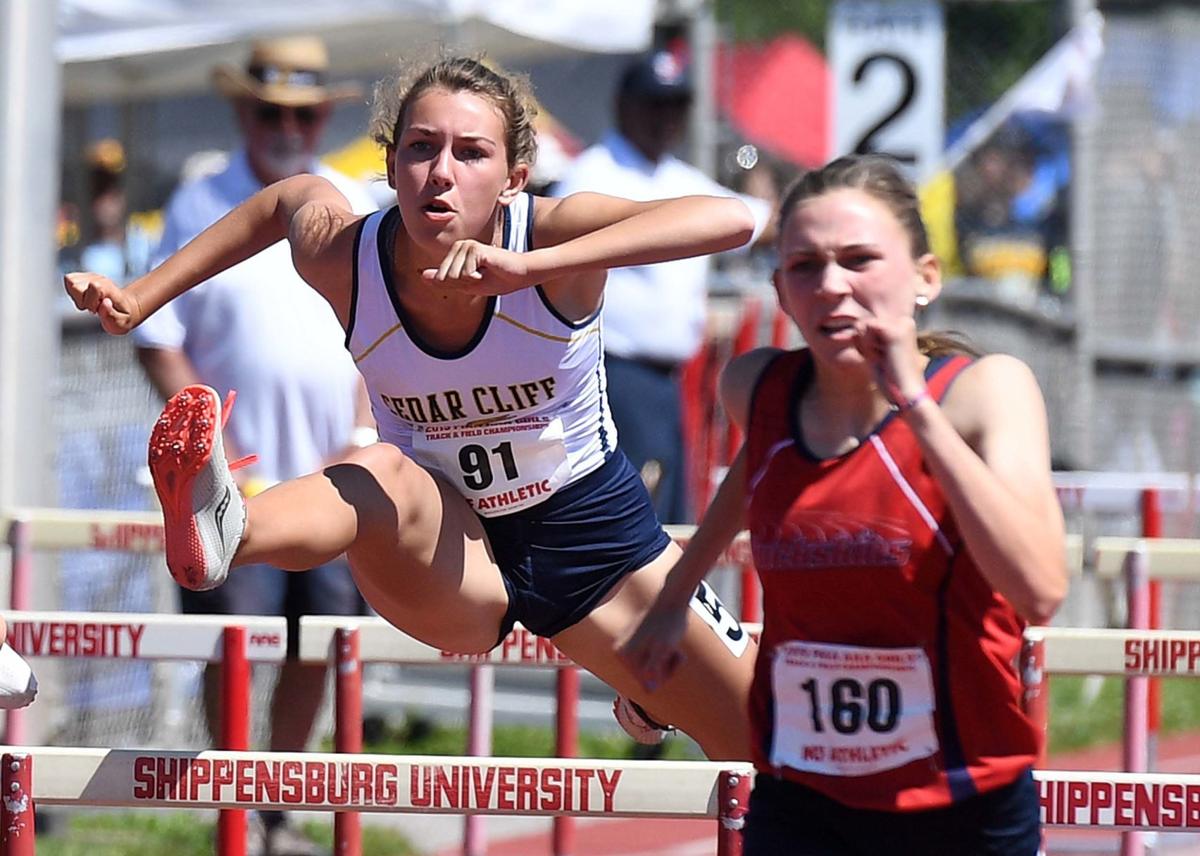 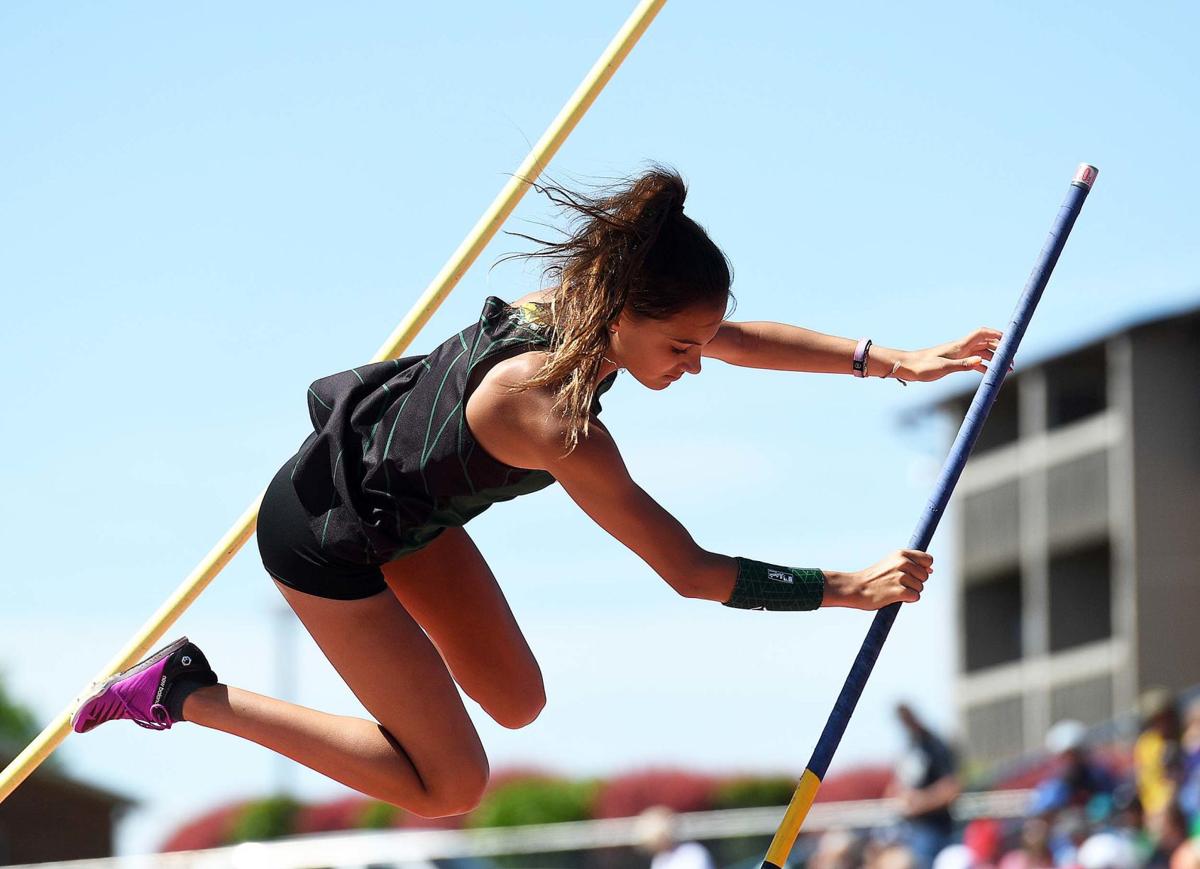 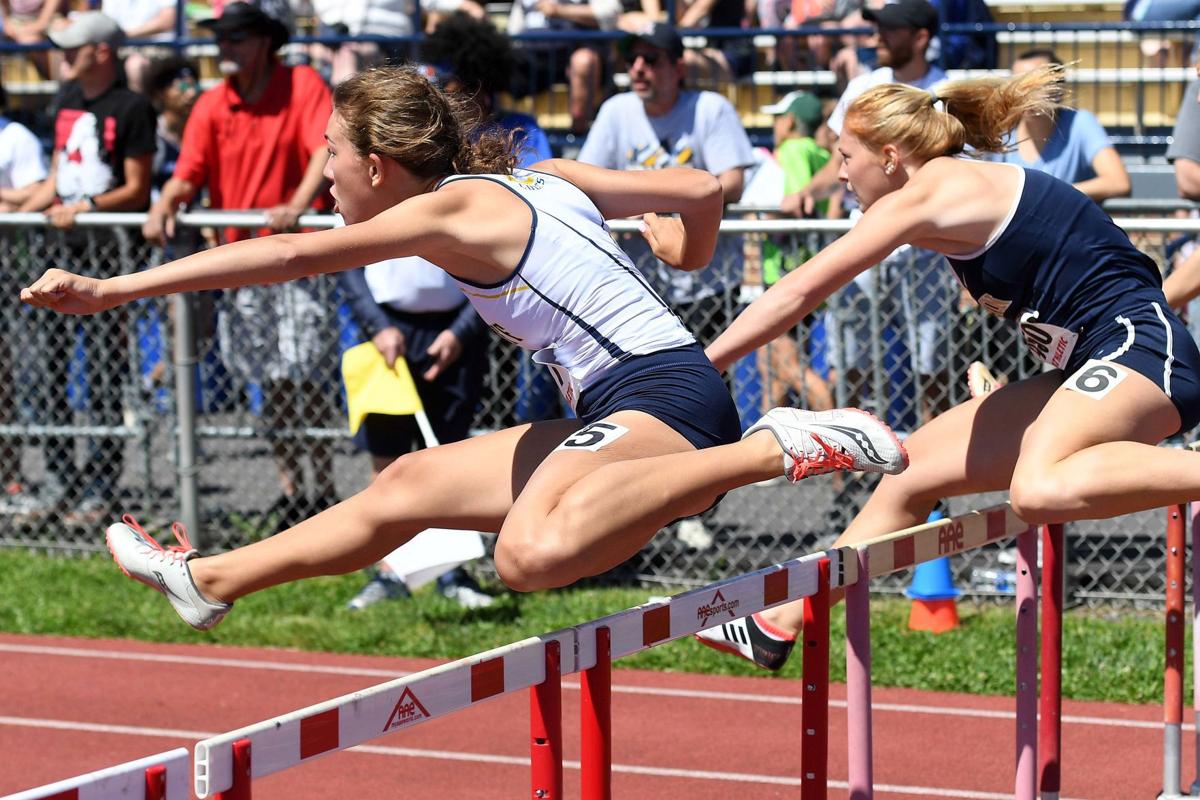 SHIPPENSBURG — There were no medals to be had Friday for Sentinel-area athletes at the PIAA Track & Field Championships at Shippensburg University on Friday.

But that isn’t to say Carlisle isn’t happy with its performances.

Sophomore Rashad Jefferies finished 12th in the boys Class 3A triple jump with a 44-10.75, shy of the PR (46-2) he set last week when he won his first District 3 medal. And junior Rileigh Cardin couldn’t clear 11-6 in the girls 3A pole vault despite having a PR of 11-6 this season, placing her t-10th in the state.

Finally got one of @CardinRileigh clearing the bar. She's over 11-0 as the field continues to dwindle. She was a Top 8 qualifier at 11-6 entering states. pic.twitter.com/jNPaHAYMvx

44-10.75 for Carlisle's Rashad Jefferies here in the boys 3A triple jump. Will see if it's enough to qualify. pic.twitter.com/xRwRQAGOnU

But this was still an impressive climb for the pair in one season.

Jefferies never qualified for districts in 2018, and now he can call himself a state triple jumper with two more varsity seasons to go. And Cardin is a converted gymnast who picked up a pole for the first time this winter.

“This is her first year on the track team,” the coach said. “Been doing gymnastics, decided to come out over the winter and pick something up. So she did, and she’s gone 11-6.”

Carlisle still has one more chance at a field medal Saturday when senior Kurtis Ravenel tries to rebound from a disappointing district performance in the long jump at 9 a.m.

It was a better day in the relays for Carlisle, which put through two of the girls teams (4x100 and 4x400) into the second day. Boardman said it's the first time in his tenure that any girls relay would be running for a state medal on the second day.

One thing they'll have to contend with is the schedule. Junior Sophia Toti runs the 3200 at around 10:15 a.m., and then she'll have to hop on the 4x800 relay approximately an hour later. Tate said she feels confident they can pull out a medal, somewhere between third and sixth, even with that.

Carlisle's 4x800 boys finished last in their heat, nearly a minute off their seed time. The 4x400 finished third in its heat 3:22.87, barely missing Saturday's finals.

Mechanicsburg’s Annika Hummel vaulted 10-6 (t-15th) behind Cardin. Shippensburg’s Kevin Suero leapt a 43-8.5 (19th) in the triple, and has the long jump still to go. Northern’s Michael Ginder missed out on a boys 3A pole vault medal by a hair with a 14-0, tying for ninth with four others.

SHIPPENSBURG — A year ago, Rashad Jefferies was nowhere near a District 3 podium.

There will be no fallback for Marlee Starliper or Taryn Parks.

The Northern and Greencastle-Antrim juniors, respectively, only get one chance at state gold this year — in the girls Class 3A 1600.

Parks passed on the 800 to focus solely on the mile, and Starliper, the defending 3200 state champ, decided to forego a chance at a repeat to chase the only distance gold she has yet to win in her three storied years with the Polar Bears.

“I was a little surprised at [us both running only the mile],” Starliper said. “I would say that I’m not putting much pressure on myself. I’m just excited. I feel like I’ve gotten a lot better at having that at-ease mindset. … I’m excited to see how it goes.”

Both easily took care of business in Friday’s prelims to set up their titanic clash in Saturday’s finals, scheduled for shortly after 12:45 p.m. Starliper ran a 5:09.62 to lead the second heat, and Parks posted a 5:02.39 to finish second in the first heat.

It means only one can win a state gold medal this year. It’s all or nothing.

Starliper finished third in states in the 1600 each of the past two years, while Parks has won the past two with times right around 4:46 each year.

Throw those times out the window, though. Starliper beat Parks in last week’s District 3 championships with a time of 4:38.7, nearly 14 seconds faster than Parks for a new District 3 record.

The PIAA championship record is a 4:41.08, set in 1981 by Upper Dublin’s Kim Gallagher. That is very much at risk of falling

“It is crazy [that Parks and I are only running the 1600], but yeah, I’m still ready to run fast,” Starliper said.

Starliper is the only local in the 1600 to qualify for the finals this year, boys and girls.

Busy day on the track

The pictures are becoming a little clearer for track medals.

Multiple locals advanced out of Friday’s prelims and semis, setting up a potentially busy final day:

14.95 for @CedarCliff_AD's Ava Bechtel in the girls 3A 100 hurdles. Fourth in the final heat. pic.twitter.com/DnC3z7mlBK

The final local race of the day. That @CVSDeagles boys 3A 4x400 back half sure can fly. They win the first heat to qualify for tomorrow's finals in 3:20.10. Carlisle finishes third in 3:22.87 and has to wait out these last three heat's to find out their fate. pic.twitter.com/Sl3CewQM5u

Local sports results for May 24

Editor's note: A previous version of this story mistakenly said Rileigh Cardin didn't clear 11-0 on the pole vault. She cleared 11-0, but missed on 11-6. The Sentinel regrets this mistake.

For more photos, plus video highlights from Day 1 of the PIAA championships, go to cumberlink.com/sports

A Timeout With... Former Mechanicsburg WR Joseph Bruno on playing senior year in Maryland, walking on at Penn State

Joseph Bruno has had quite the journey after transferring to a high school in Maryland. Here's another installment in our new weekly Q&A series, A Timeout With.

'It’s been a test': How senior throwers, jumpers and vaulters are staying motivated, continuing to train without a season

For Carlisle's Rileigh Cardin and Cumberland Valley's Erin Miller and Noah Keitel, already having a college track and field future has, at least partially, fueled them while training in isolation.

Video: Northern's Marlee Starliper reacts to her two medals, plus highlights from Day 2