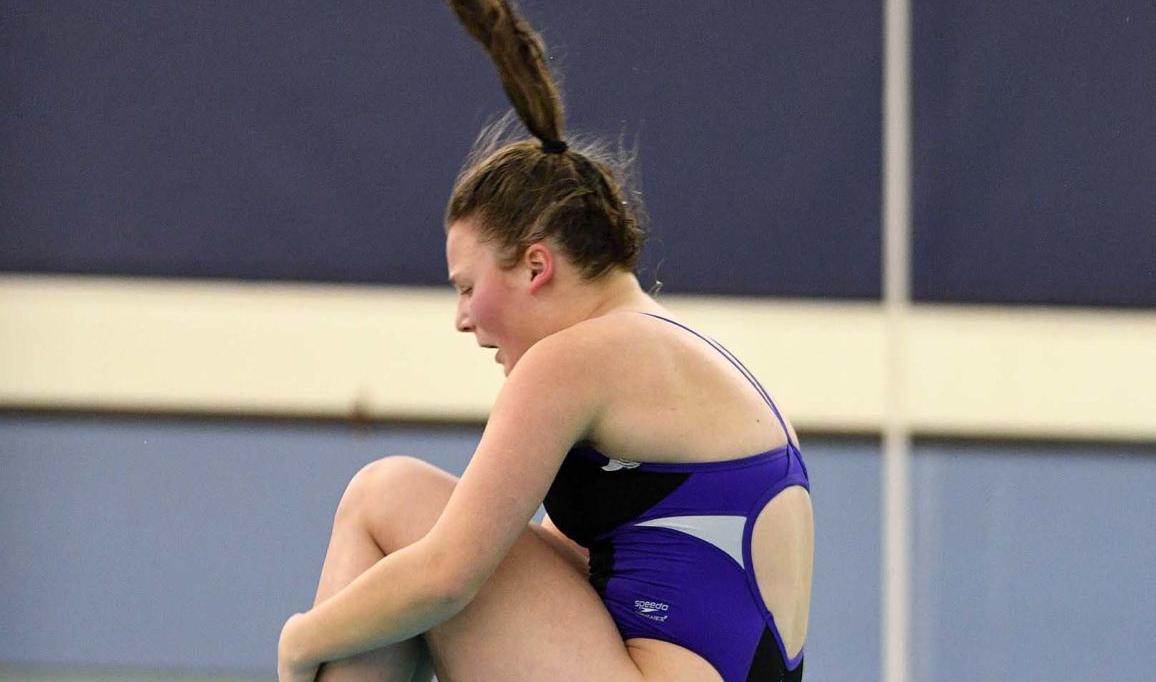 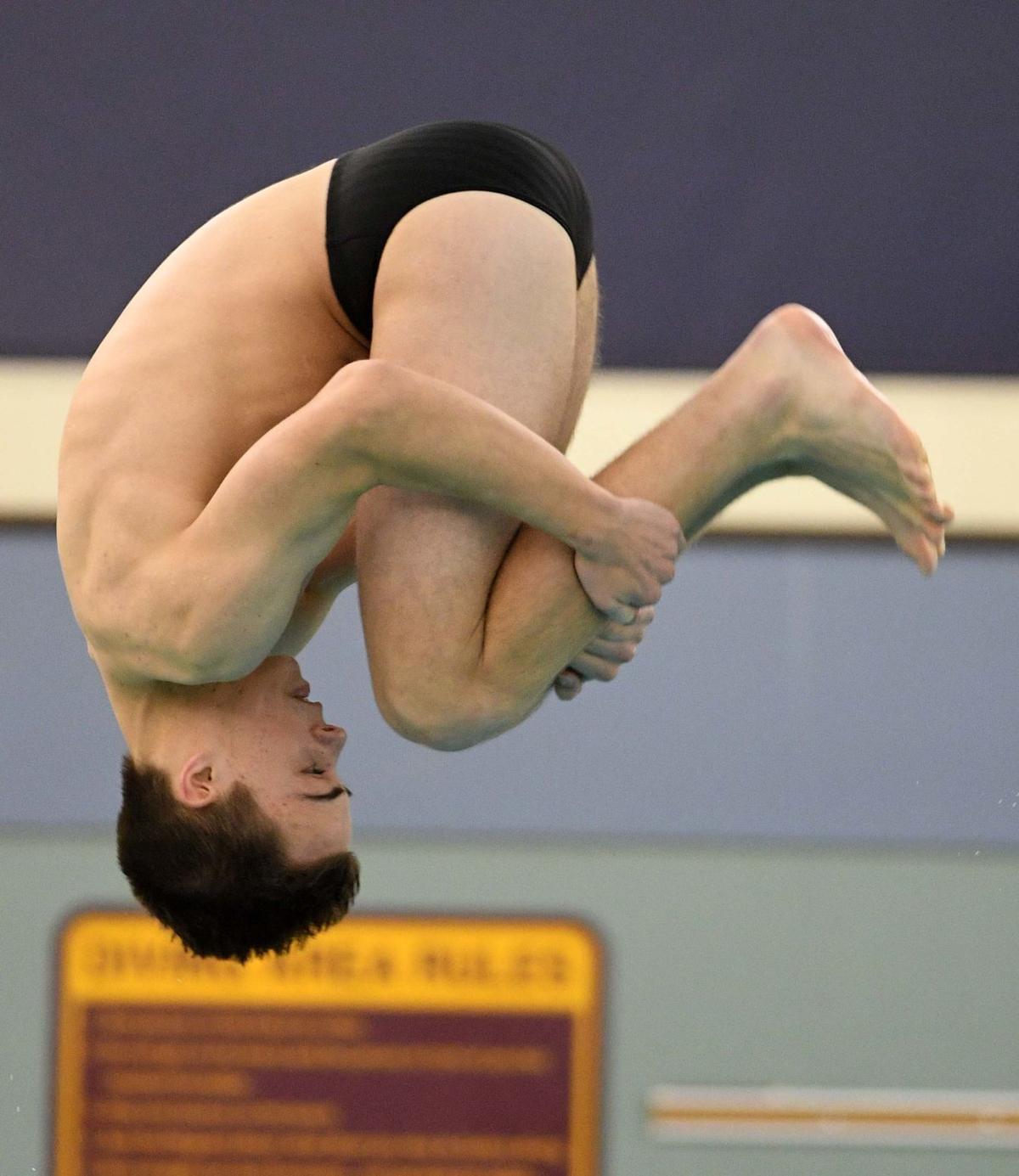 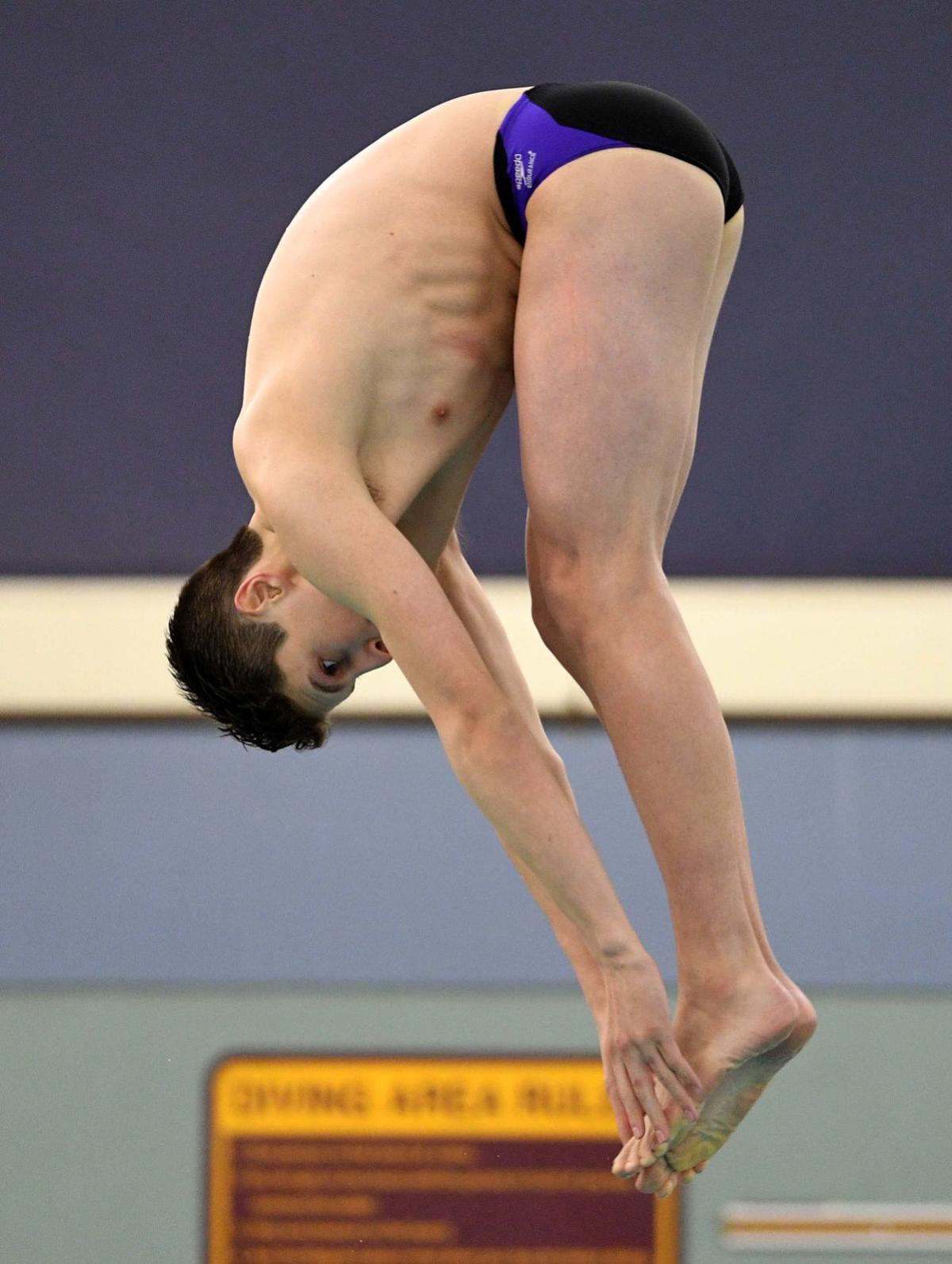 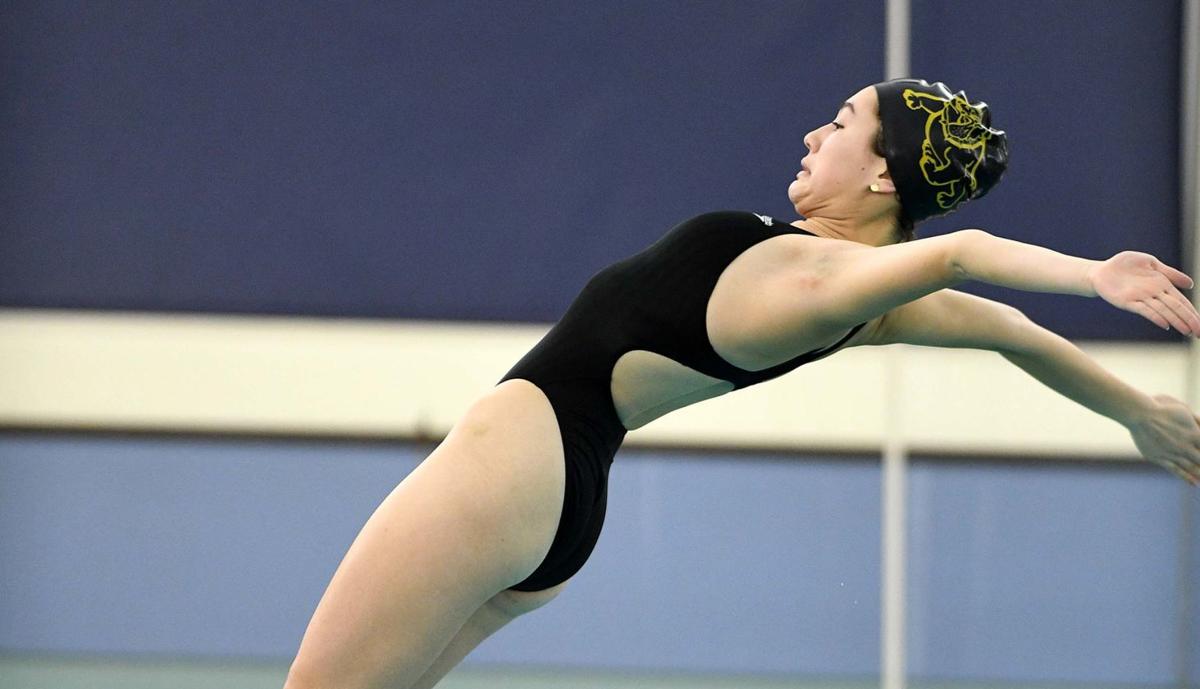 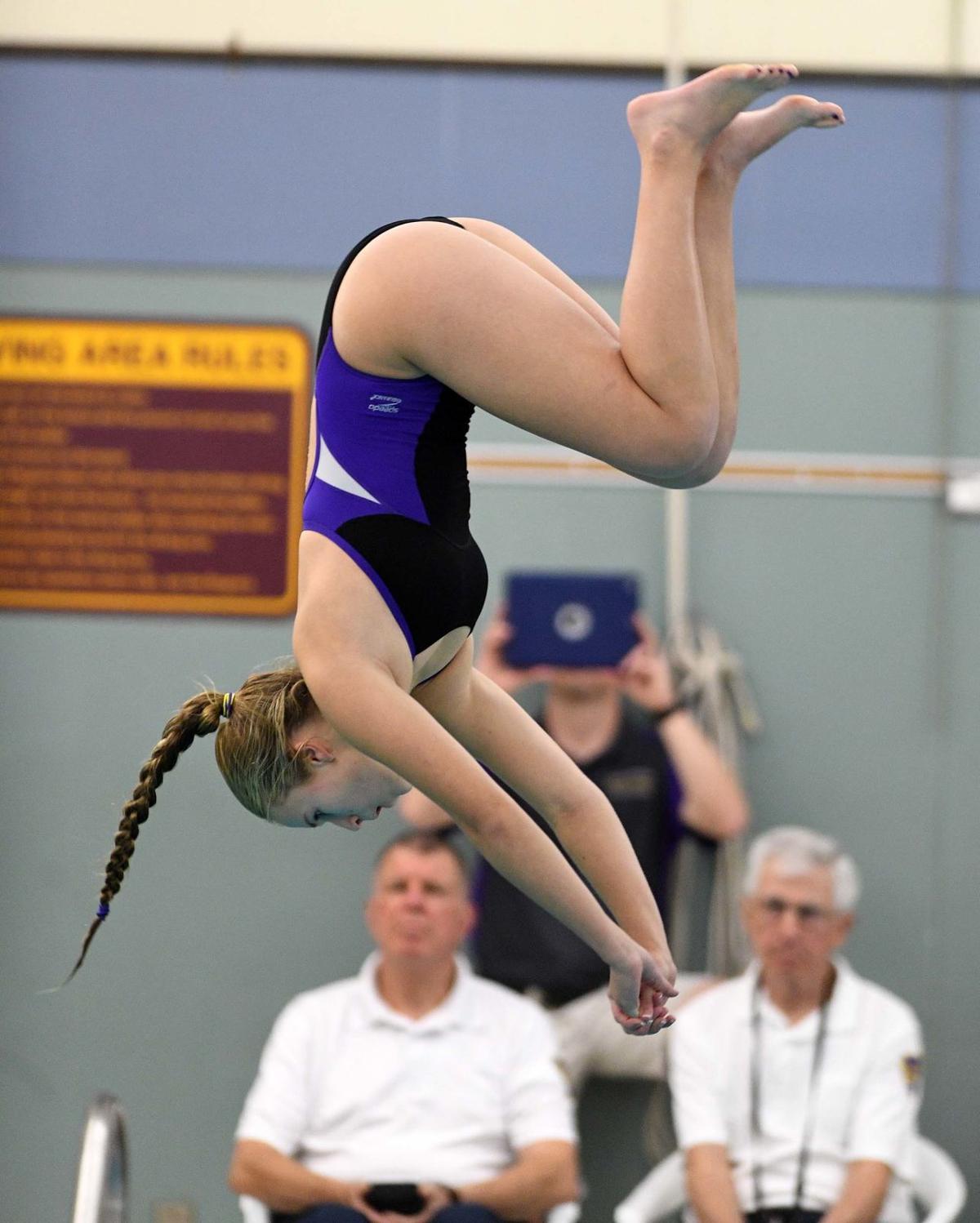 Jeffrey Kauffman For The Sentinel

NEWVILLE — Lily Bistline has moved up the ranks of the District 3 Class 2A Diving Championships podium each season.

It culminated with a fitting gold for the senior Wednesday night at Big Spring High School.

“I felt a little off at the beginning,” Bistline said. “I was overthinking things, and that is when things go wrong. Coach Scott Houser just told me to relax and things really came together. He reminded me four years ago I sat in the stands as an eighth grader and wasn’t sure I wanted to dive. I have come full-circle. I grew up with Bubbler divers, and it is nice to maybe inspire some younger kids.” 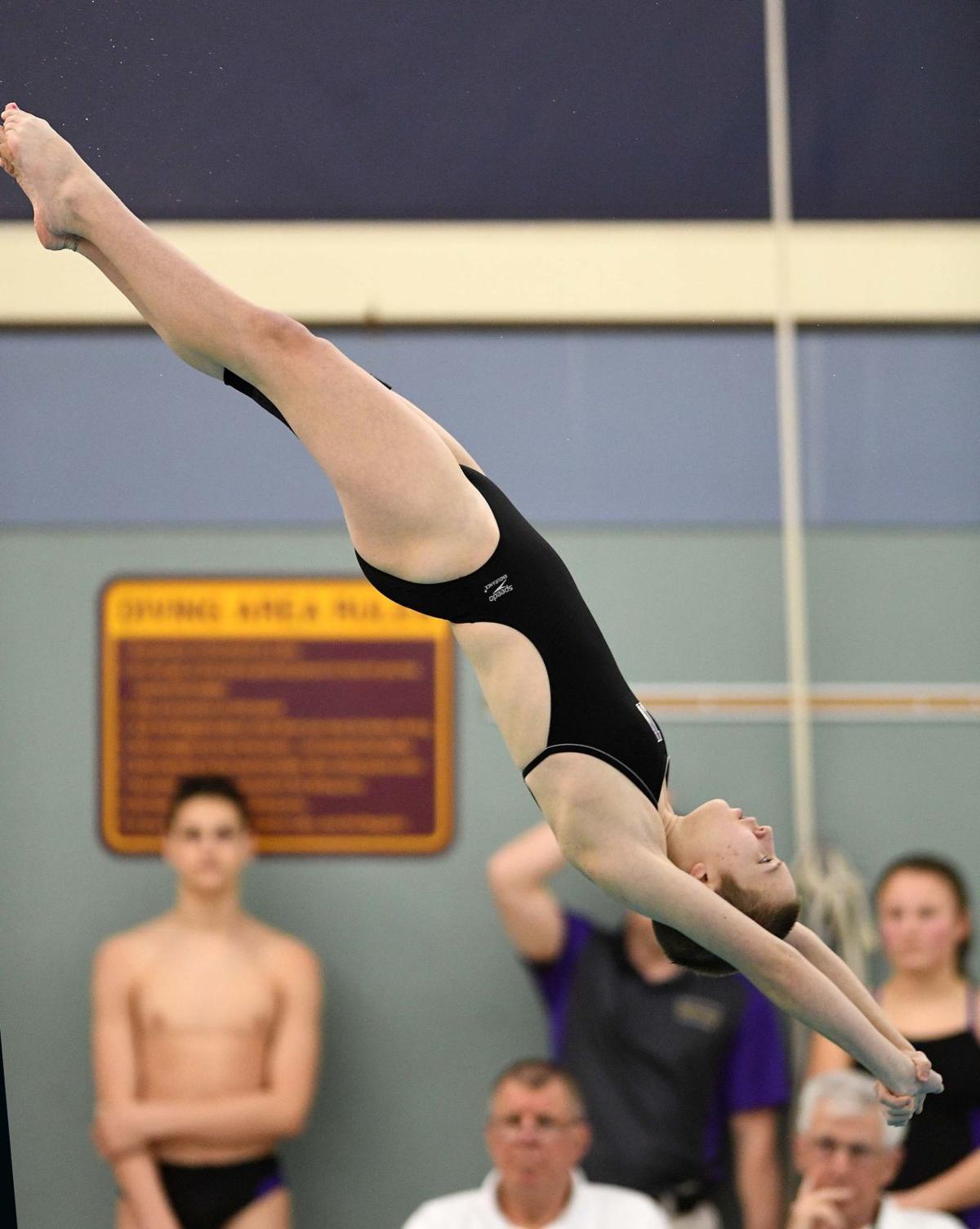 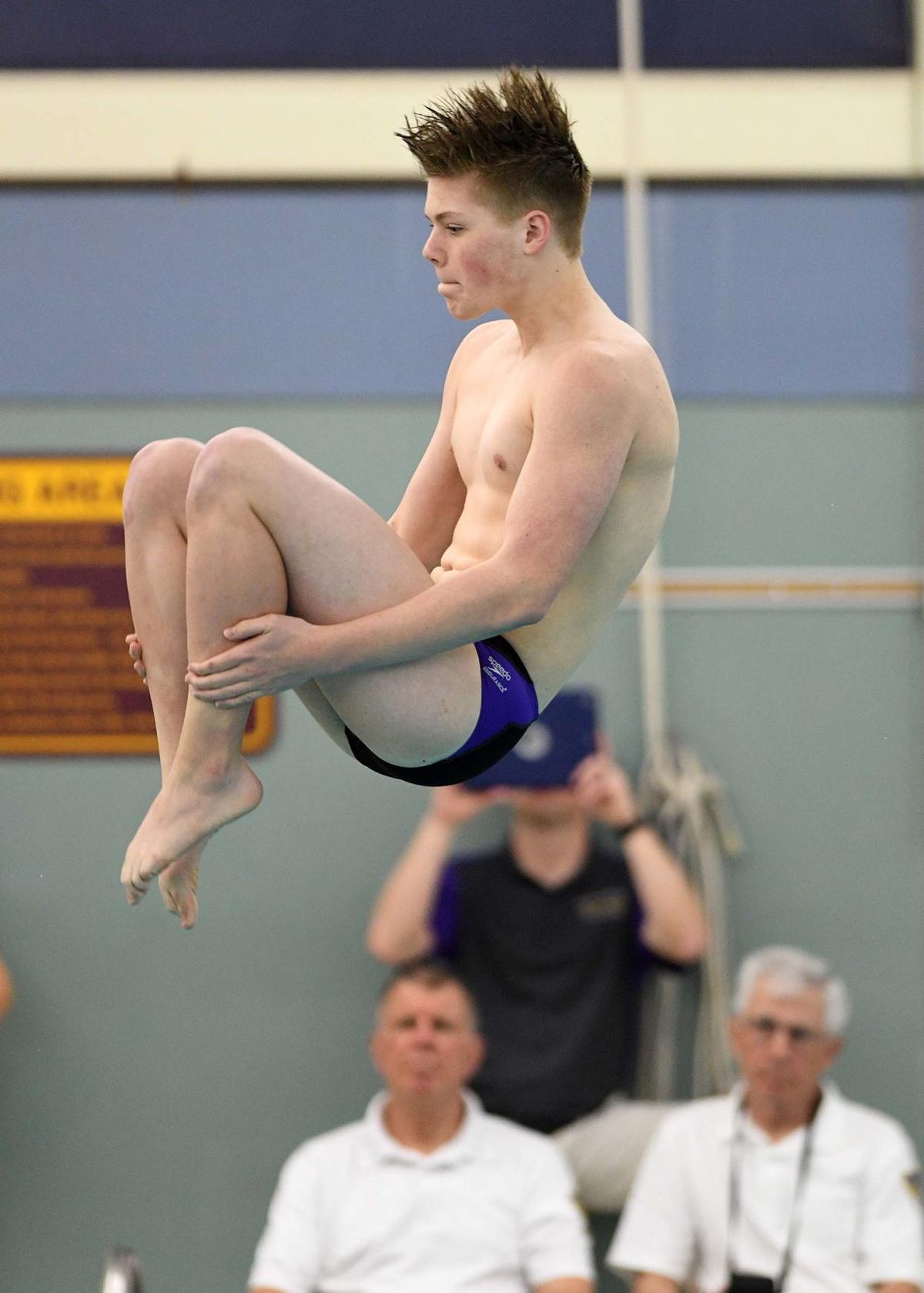 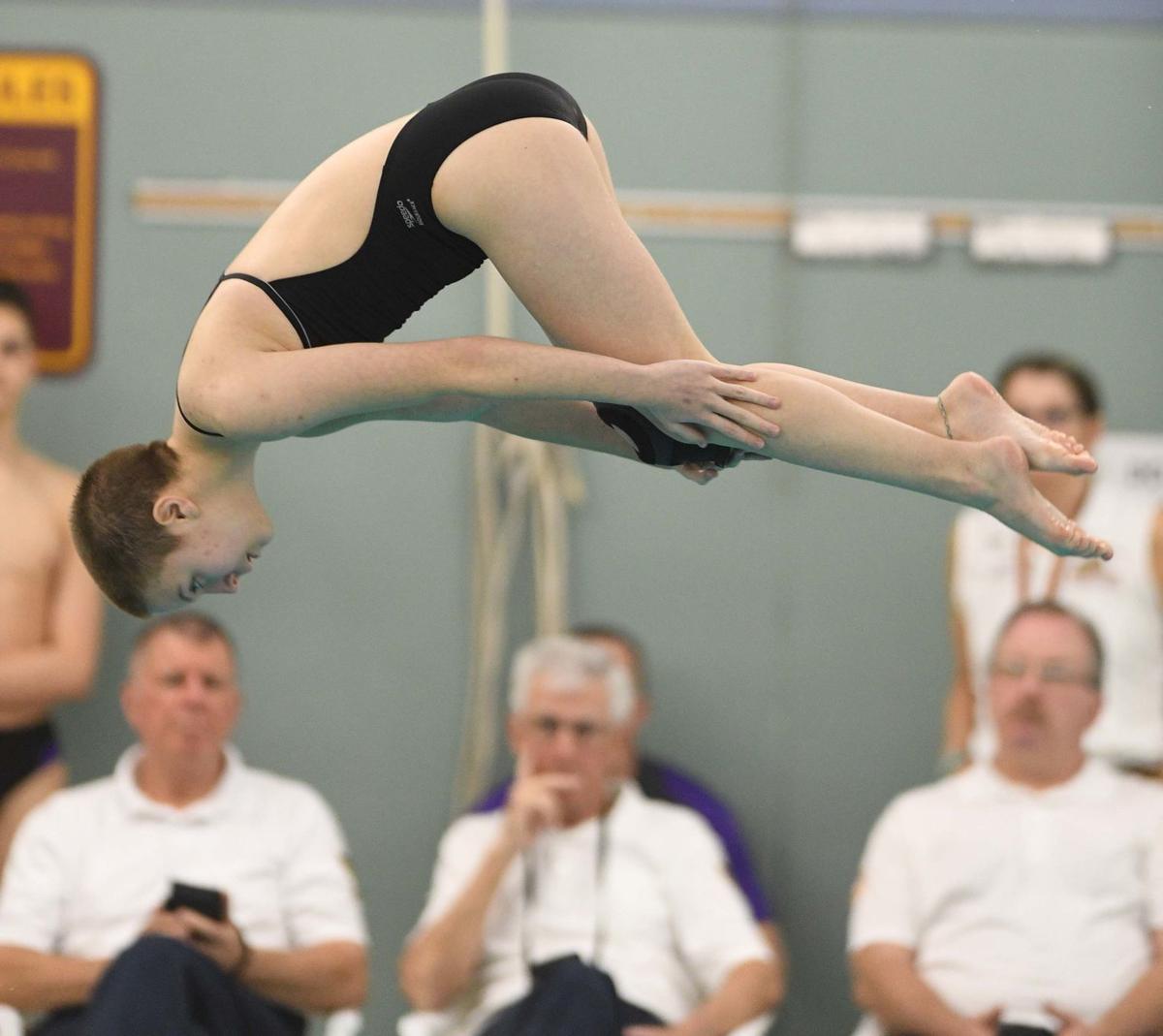 'This is my therapy': Boiling Springs senior Lily Reighard is most at home standing on the very edge of the board

Bistline and Thomas will move on to the PIAA championships at Bucknell in March.

Big Spring freshman Seth Fertig also qualified for states on the boy’s side with a 303.80. He finished in the third and final spot, one spot ahead of Giovanni Andreoli, a sophomore from Boiling Springs. Andreoli finished at 303.20. The difference in a .6 finish could be as little as feet not together, the tuck not being tight enough or the landing in the water.

“A bit heart-broken because I wanted to get to states,” Andreoli said. “I had a couple of technical issues that I cleaned up a lot from last week. It takes a lot of finesse and it is a different category for me because little changes make a big difference. I was pretty nervous, but I think I did pretty well. Now I know what I need to work on for next year.”

“It was my last meet as a senior, and I gave it all I had. It was fun, and I had a lot of fun,” Canady said. “I completed the dives that I did at Mid-Penn’s because those are the ones you spend so much time working on.”

The toughest break of the night went to Bishop McDevitt’s Gavin Elliott of Bishop McDevitt. Officials ruled one of his dives ineligible, and he finished fifth because of the zero. A minimal score would have placed him no worse than third place. On his final two dives, he scored 30 and 38.4.

The 3A diving championship will be held Saturday at Wilson High School, and Cumberland Valley will host the district swimming championships Feb. 28-29.

This story has been corrected to correctly note that Lily Bistline took her mother's maiden name officially this week. The previous version said it was after her mother recently married, which was inaccurate.

For more photos from the District 3 diving championships, go to cumberlink.com/sports