For some people, playing high school sports in 2020 during the coronavirus pandemic wasn’t all about “Let the kids play!”

For some athletes, it was more about, “What will happen if I play?”

For Camp Hill soccer standout Julia Raich, it was all about, “What will happen to my sister if I play?”

Raich is one of the best female soccer players to come out of the Mid-Penn Conference in recent years, the 2019 All-Sentinel Player of the Year, lethal with the ball from just about anywhere on the pitch. She led the Lions to a District 3 and PIAA title in 2019. Her college path — she’ll play at Penn State next year — is set.

But that paled in comparison to concerns for her family, specifically her younger sister, heading into the 2020 season while navigating a pandemic. And those concerns stuck with her throughout the fall as she weighed the urge to play her favorite sport against the risks of endangering her sister during the coronavirus pandemic.

PIAA Girls Soccer: Camp Hill's Shelly Williams steps up in absence of Sheridan Reid and into the spotlight

Older sister Julia is her role model. Big sis spent a lot of her time growing up trying to lift Grace’s confidence by helping her set and work toward goals. Grace couldn’t participate in her daily activities this year, things like soccer and basketball, but Julia has gone out of her way during the pandemic to keep them both active.

Julia set up a walking challenge for Grace with a goal to walk 1 1/2 to 2 miles per day. They also went kayaking on Conodoguinet Creek, a place the Raich family frequently visits, to add another socially distant activity when the pandemic started.

See, being socially distant is important because Grace was born with Down syndrome. She also has multiple “extreme” heart defects and respiratory issues and, because of this, a weakened immune system.

Grace has had a couple open heart surgeries, but the surgeries never fully repaired the defects. So, she sleeps with a bilevel positive airway pressure machine, a ventilator that helps push air into the lungs, while also taking daily heart medication. She also has frequent checkups with her cardiologists.

According to a cohort study done by researchers in the United Kingdom and published in the Annals of Internal Medicine, those with Down syndrome face a “10-fold increased risk for COVID-19-related death” and a 4-fold increased risk of being hospitalized.

Yet, the Centers for Disease Control and Prevention does not list people with Down syndrome as part of any at-risk categories.

The risk Grace faces has the Raich family on high alert.

Putting the cleats away

Julia’s fear this fall was the risk of potentially getting infected with the coronavirus while playing or practicing soccer, then bringing it back home to her sister.

“I had planned not to play — or at least I thought for the initial part of the season because it was just so risky bringing it back to our family, and especially Grace,” Julia said. “So, we had a lot of conversations about it, especially because we didn’t even know if there was going to be a season during the summer time.”

Because this was Julia’s senior season, the decision was even more difficult. It would be the last time she would play with the Lions before graduation and eventually heading to Penn State’s main campus in State College.

Part of what made the decision somewhat easier was the likeliness the season would get canceled.

“During the summertime and the beginning, I really thought that there really wasn’t going to be a season just because of how crazy the numbers were — even now the numbers are even higher than they were then,” Julia said. “It just didn’t seem like we would be able to safely get a season without COVID spreading.”

“It almost was surreal, especially when you saw colleges postponing and canceling everything, but youth sports and high school sports just went forward,” said Michelle Raich, Grace and Julia’s mother. “It was really hard at first trying to make decisions.”

The family knew exactly what could happen if they ran into the wrong person or slipped up once, even as they tried to stay as safe as possible.

Encountering even one person without a mask would pose a huge risk for Grace.

“It’s very few people you read about that actually made the choice to stay safe,” Michelle said. “That’s what made this whole process difficult.”

When the PIAA made the final decision to go ahead with the season in August, despite recommendations against doing so by Gov. Tom Wolf, Julia made the decision to sit out the season.

'It’s ticking very loudly': What's next for high school sports? A need to make the most of 3-week pause, and a growing sense of urgency

An early COVID-19 scare involving the Camp Hill team — a player eventually tested negative — made the risks even more clear for Julia and her family, Michelle said.

“That night we got an email, and that’s when she said, ‘I would have came home and been exposed. And I would have brought it into the house.’ And that was it,” Michelle said. “It was a very difficult decision — it’s a very difficult conversation. It was all her making the decision and not us saying you can’t play. She told me that, ‘I don’t feel comfortable playing,’ and she knew the risks for Grace — she felt like that was more important for her than playing soccer at that time.”

But Julia couldn’t shake the desire to play for long.

When Camp Hill suffered an early loss, that desire increased.

“When Julia made the decision, it was really difficult watching her not play. And after multiple games her team played they had a loss. She was so devastated, and I could just see mentally that she needed to be part of it and it’s her senior year,” Michelle said.

“I think it was that game when she really wanted to play. I could see and talking to her, she just didn’t feel like — not that it was not fair to her, it was just the whole situation. That was when we just sat down and talked about, ‘What can we do? Let’s get everyone involved and really brainstorm on what we need to do and see if it’s possible.’”

And that’s what the family did.

The school and team worked with Julia to come up with solutions. She decided to wear a mask at all times during games and practices. She sanitized everything when she was away and when she came home, including immediately washing her clothes.

The lengths the family went to extended to life at home.

Julia said she went into a sort-of quarantine at home the rest of the season. She stayed in the guest bedroom and remained socially distant from her family at all times. She did remote learning for school, and when she had to come within 6 feet of anyone she wore a mask in the house.

“I was just living in [the guest bedroom] and one other room. I wasn’t really in contact [physically] with Grace and the rest of my family,” Julia said. “I was able to see them all from a distance. Our house, I guess the structure is weird, but the one room you can see our main kitchen area from it, just far away. So, I was able to talk to them, just not get within distance and no one came into my rooms. Whenever we did have to get within 6 feet, especially Grace, I would always wear a mask.”

Grace said she hasn’t left the house since February, and is grateful for Julia’s sacrifices.

“I haven’t been out that much, and I’m trying to be safe and not being around anyone to keep safe,” she said. “I feel like, I like being home. I’m hanging in there.”

The Raichs did what they could to keep everyone safe and keep Julia as comfortable as possible while she socially-distanced at home.

“[The living arrangement] it’s extreme, but it really works,” Michelle said. “Making sure that Julia wasn’t isolated was the big kind-of hurdle because that would kind of undo all of the good of playing soccer if she was living completely by herself in her room.”

But, being isolated had its perks.

“I said, ‘Just enjoy this time when you get catered to. Ring a bell, and I run to you,’” Michelle said with a laugh.

While playing, Julia remained concerned she would contract the virus. It was a double-edged sword — playing made her happy, but playing put Grace in harm’s way.

“There definitely was [a fear of bringing it back],” Julia said. “It’s always there. You don’t even know — you can’t even realize when you get it.”

Julia said she is still remote learning and has decided to forego winter high school sports at Camp Hill. She was playing club soccer, with everyone wearing masks, before all recreational and school-based sports were shut down until Jan. 4 under orders by Wolf.

And she’s taking it one day at a time.

Julia put her sister’s health ahead of her own wants — playing soccer — at first. And when the desire to play grew to be too much, she made the personal sacrifices needed to play and ensure Grace’s safety.

She put Grace before herself, and to her, that was the biggest responsibility.

“Even during the game, wearing a mask was really difficult, but I just had to remind myself why I’m doing it because it’s not worth bringing it home.”

HS Basketball: How masks and the pandemic impact ways Midstate coaches, players communicate on and off court

Masks aren't just important during practice. Cumberland Valley's David Vespignani is telling players: "If you're going to be a member of our program this year, you're going to have to sacrifice for the guy next to you."

Ten coaches, plus assistant AD Marisa Elliot, have opted out of the winter season. Boiling Springs has filled several of their positions on an interim basis and is working on filling the rest.

More than 40 Sentinel-area athletes signed letters of intent this week. See who's going where here:

Mask-communication: No statewide mask policy. Limited guidance for enforcing rules. How the PIAA is causing confusion, stress for Mid-Penn and others

The Mid-Penn wants referees to enforce mask policies during basketball games. The PIAA has said no. And that has left athletic directors in a tough spot. 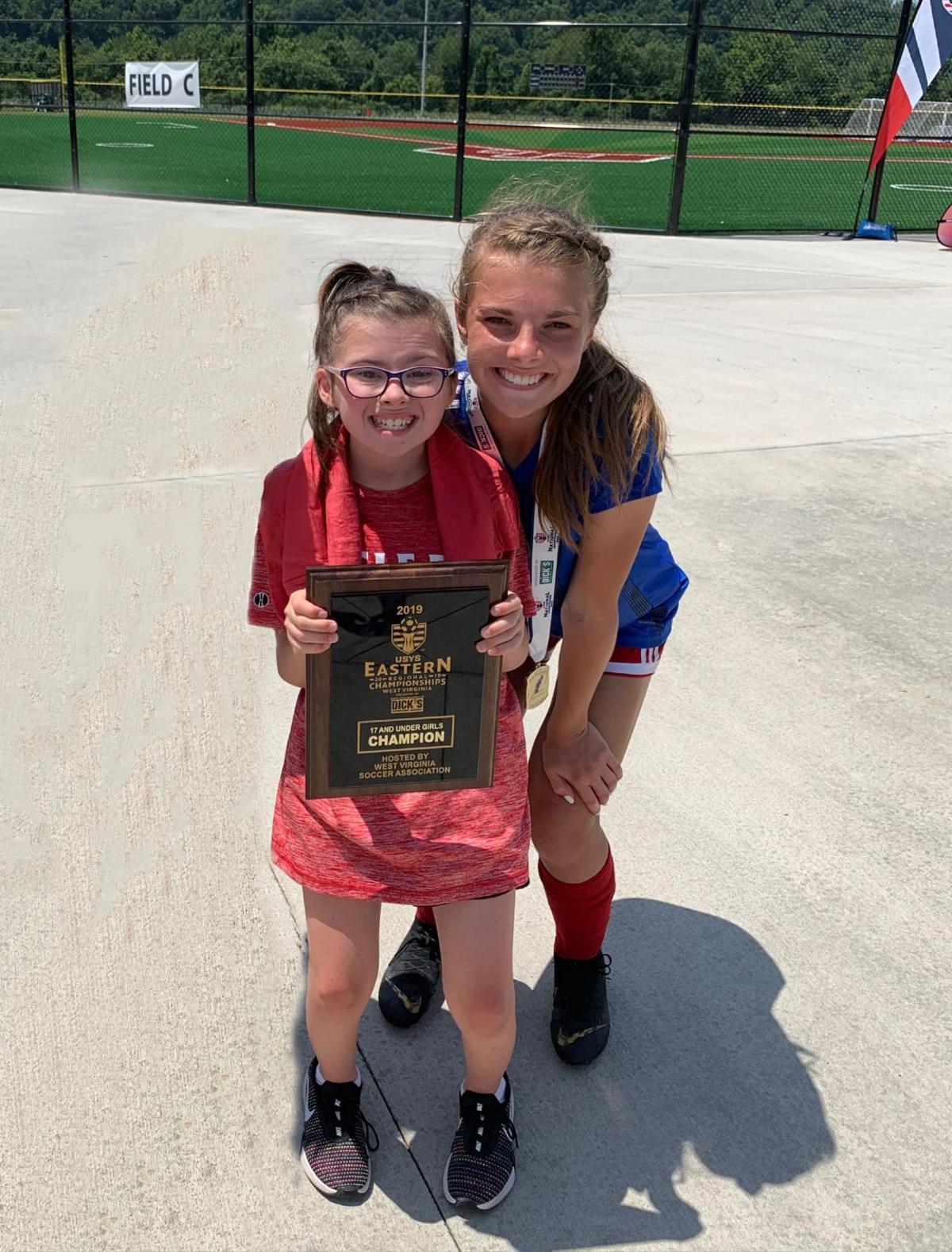 Grace Raich, front, looks up to older sister Julia and always participates in activities with her.

A year ago, Julia Raich celebrated a state championship with her Camp Hill teammates. She nearly gave it all up in 2020, not joining the team until later in the season as she weighed playing against protecting her sister.