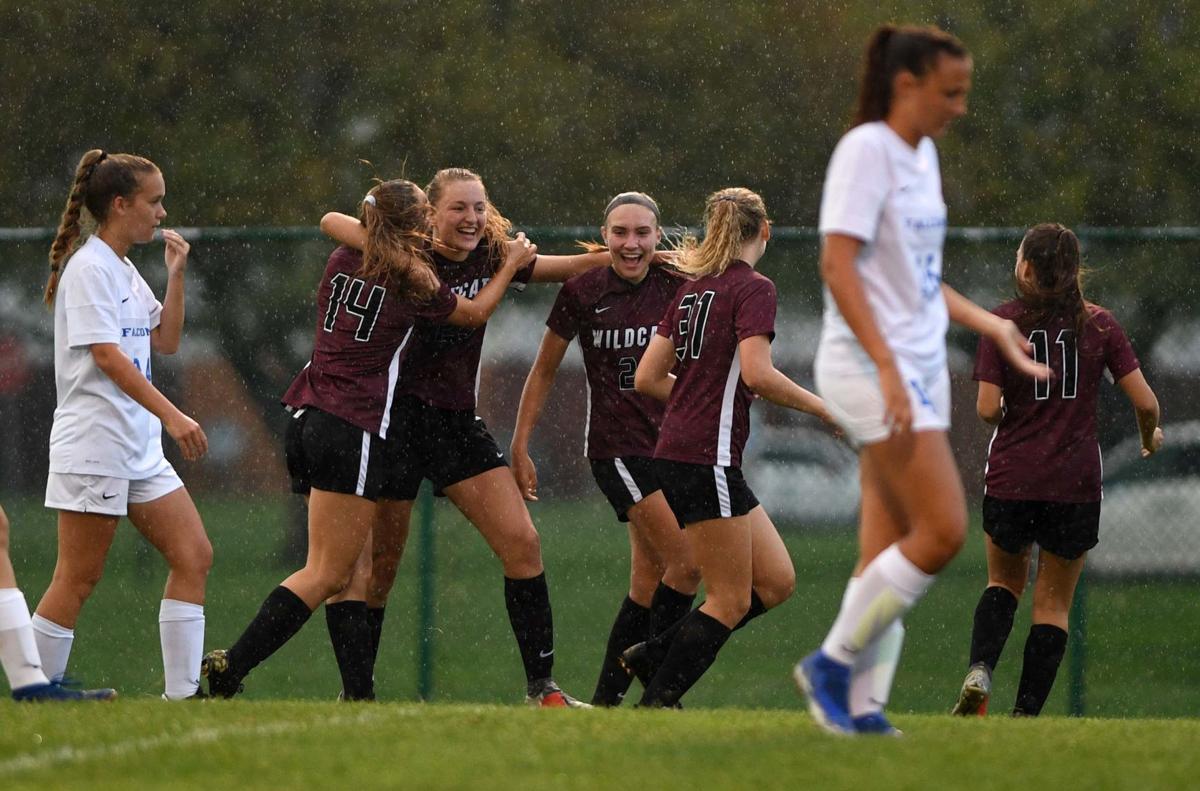 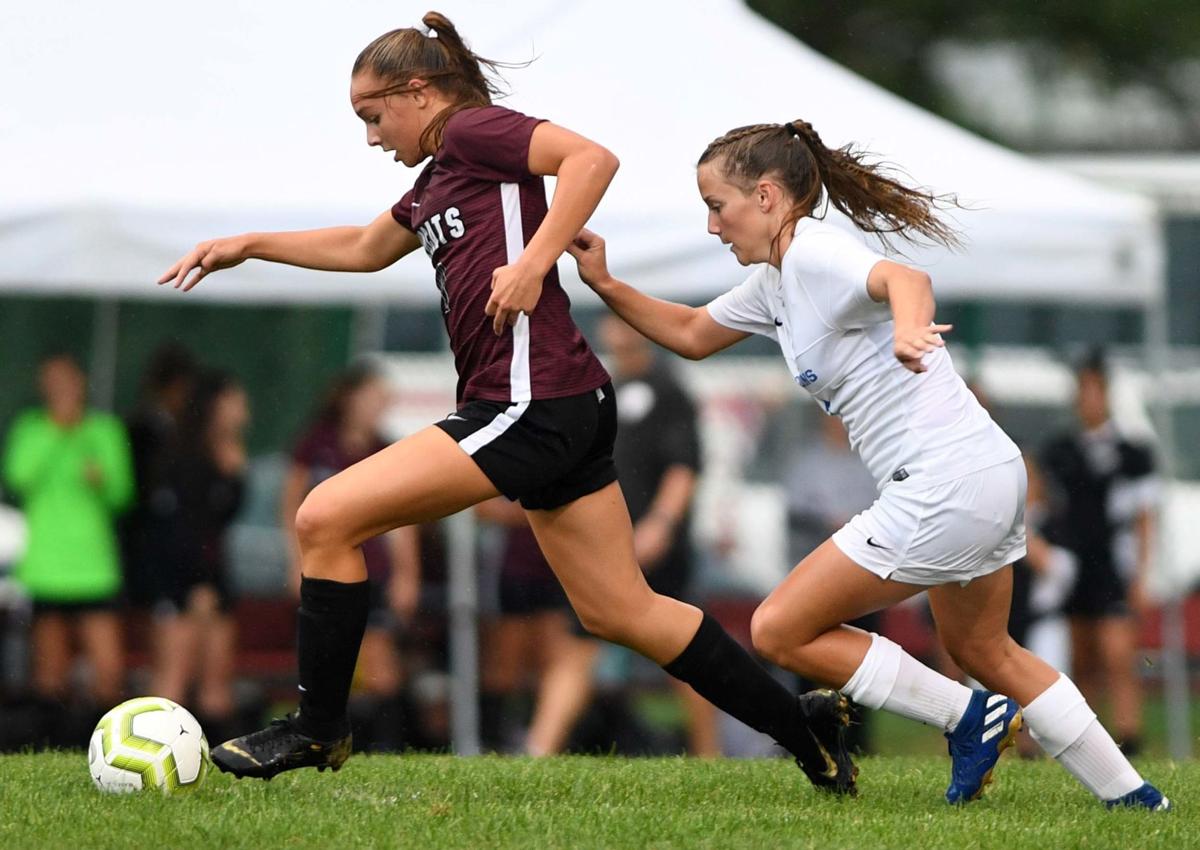 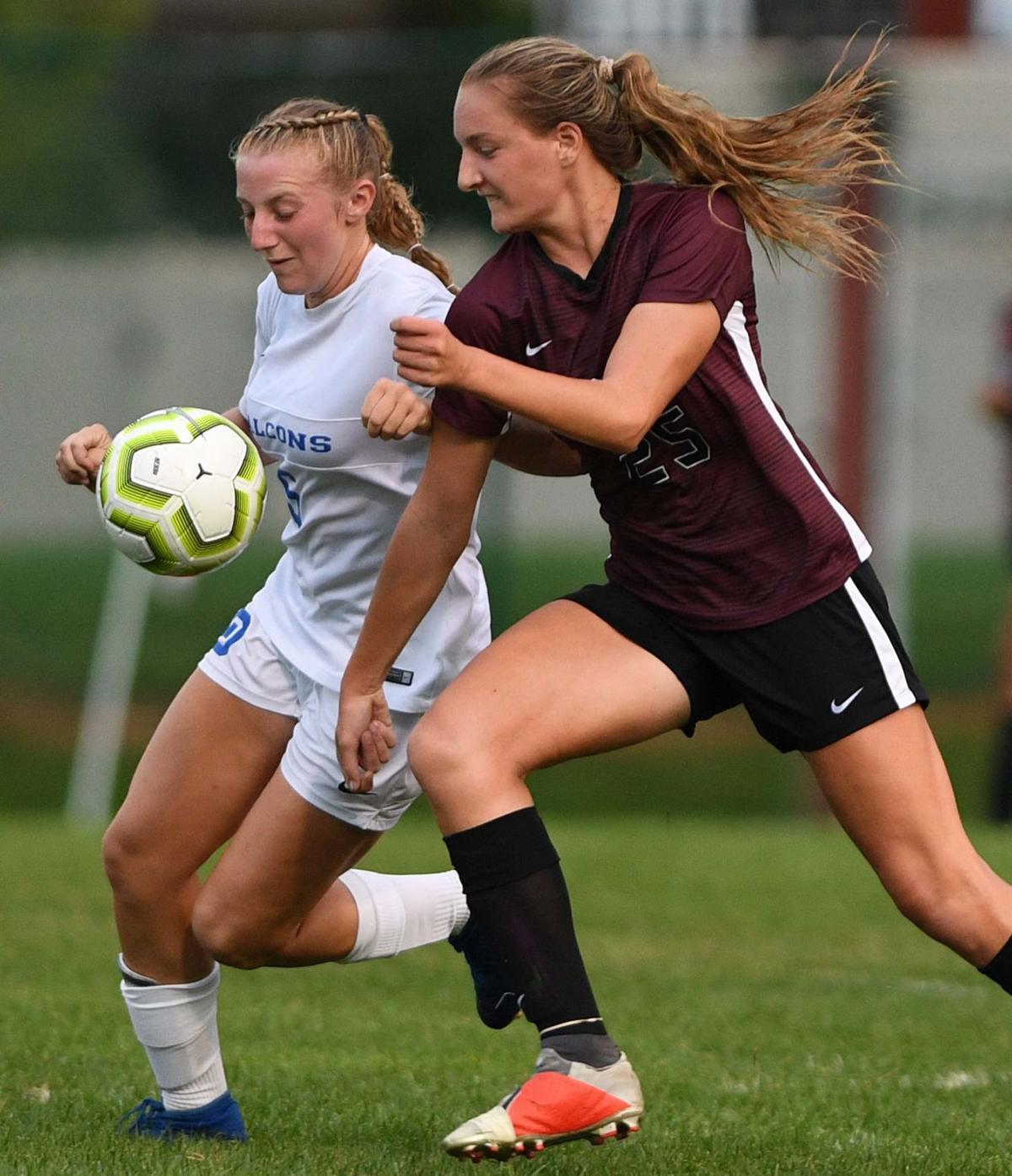 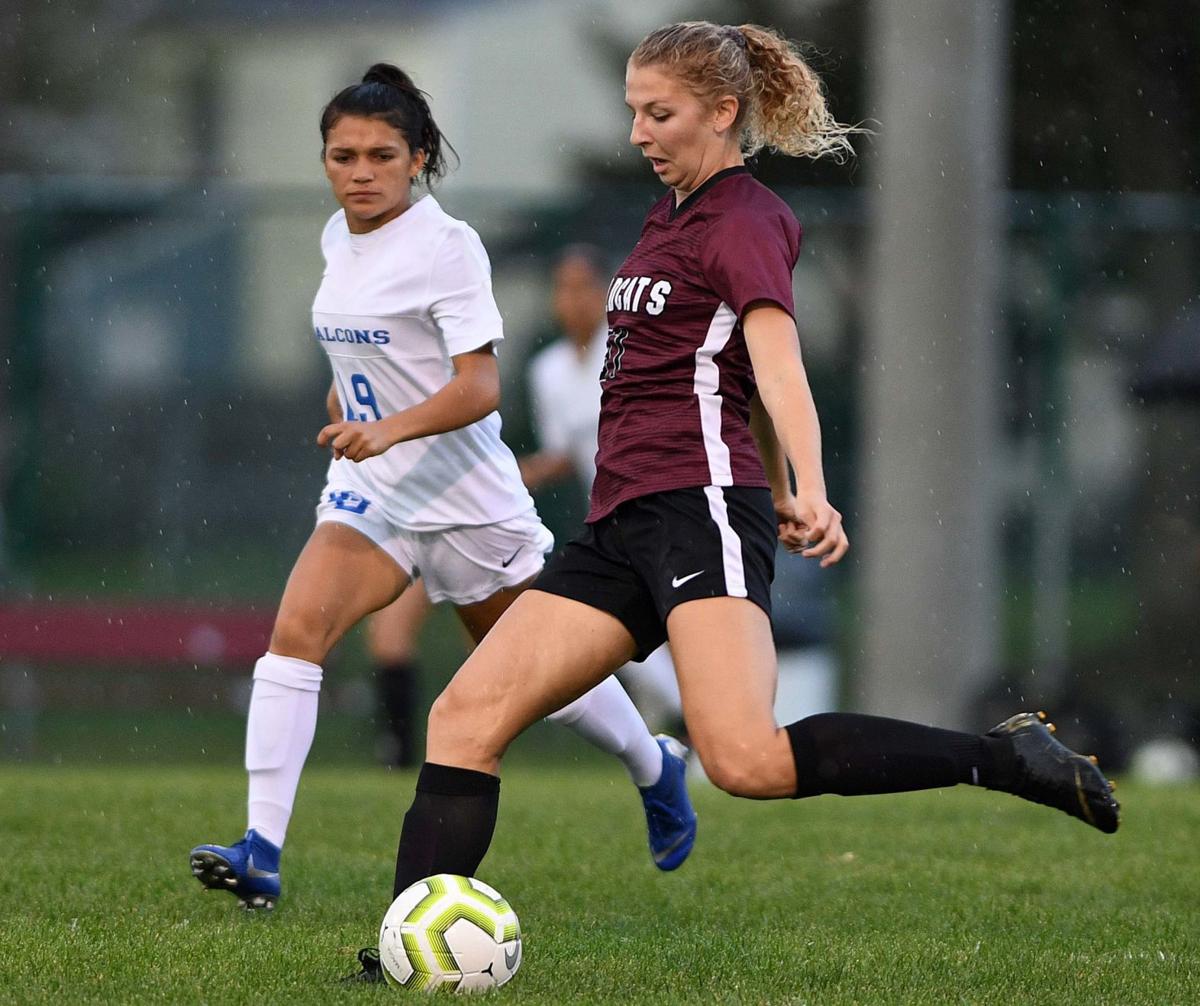 MECHANICSBURG — Take one scan down the Mechanicsburg girls soccer roster, and you’ll realize that it’s not the same team as last year.

And, frankly, they didn’t need to be to put together a solid 80 minutes against an undefeated Lower Dauphin team Thursday evening at Northside Elementary.

Although losing a large senior class is hard, Elena Hinkson and company made change look relatively easy as the Wildcats (4-1, 2-1 Keystone) cruised to a 2-0 shutout to the Falcons (5-1, 1-1).

“We always love Mechanicsburg vs. LD because we know what we’re going to get,” Wildcats head coach Jake June said. “I am really, really proud of the girls because we dropped one at our home field last week [1-0 to Palmyra], and we kind of had a look internally into who we are and what we can be going forward, and they really responded.

“I challenged them these last couple of days, and I’m really proud of the effort they put in tonight.” 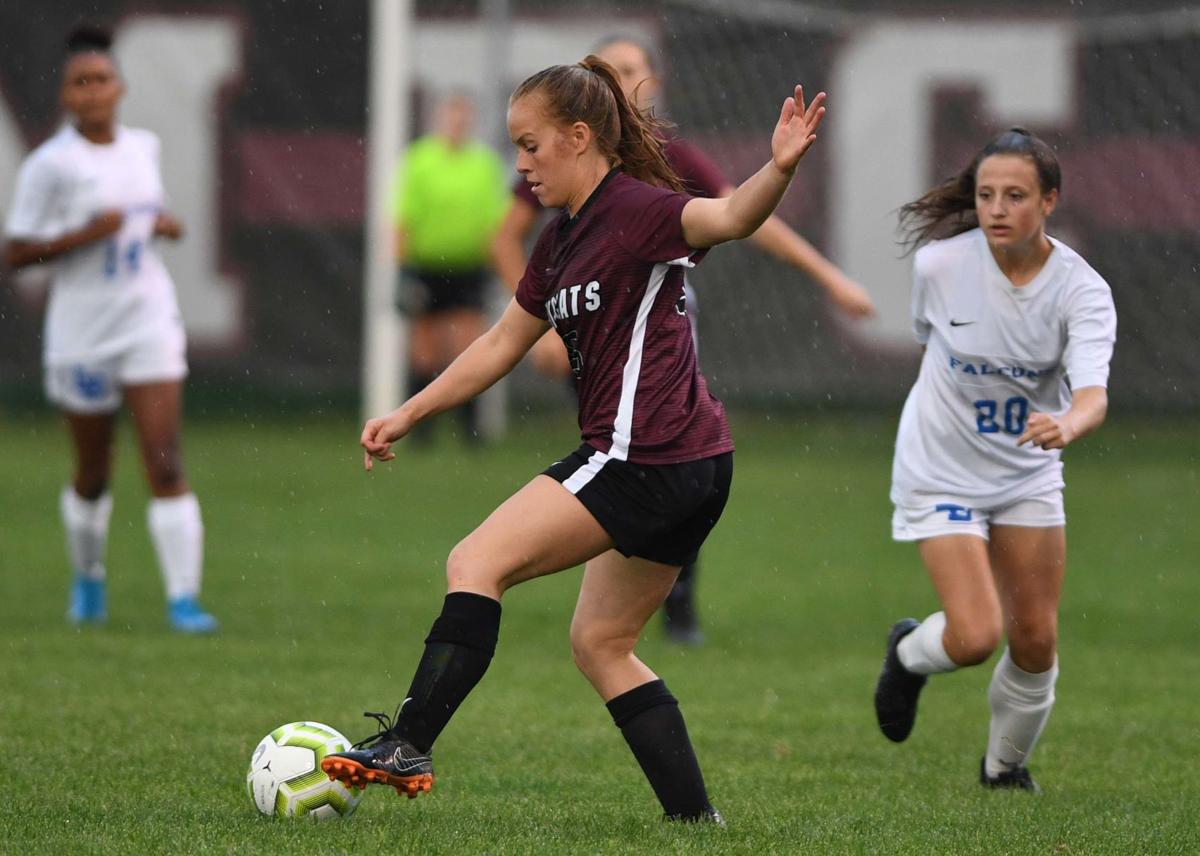 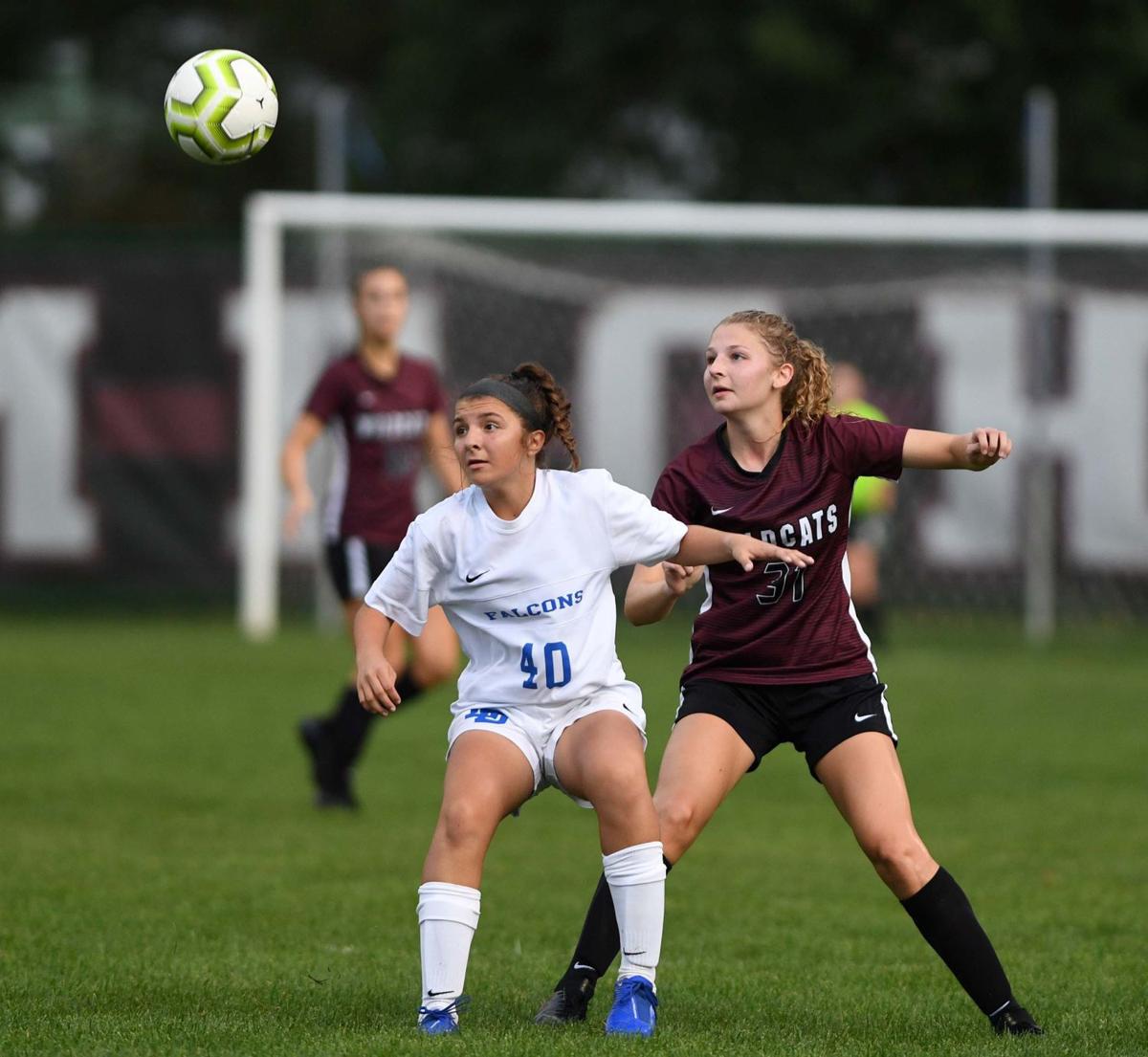 Lower Dauphin’s Katelyn Economopolous, left, and Mechanicsburg’s Lily Eckroth keep their eyes on a high bounce ball during the first half in a Mid-Penn Keystone game Thursday evening at Mechanicsburg’s Northside Elementary School 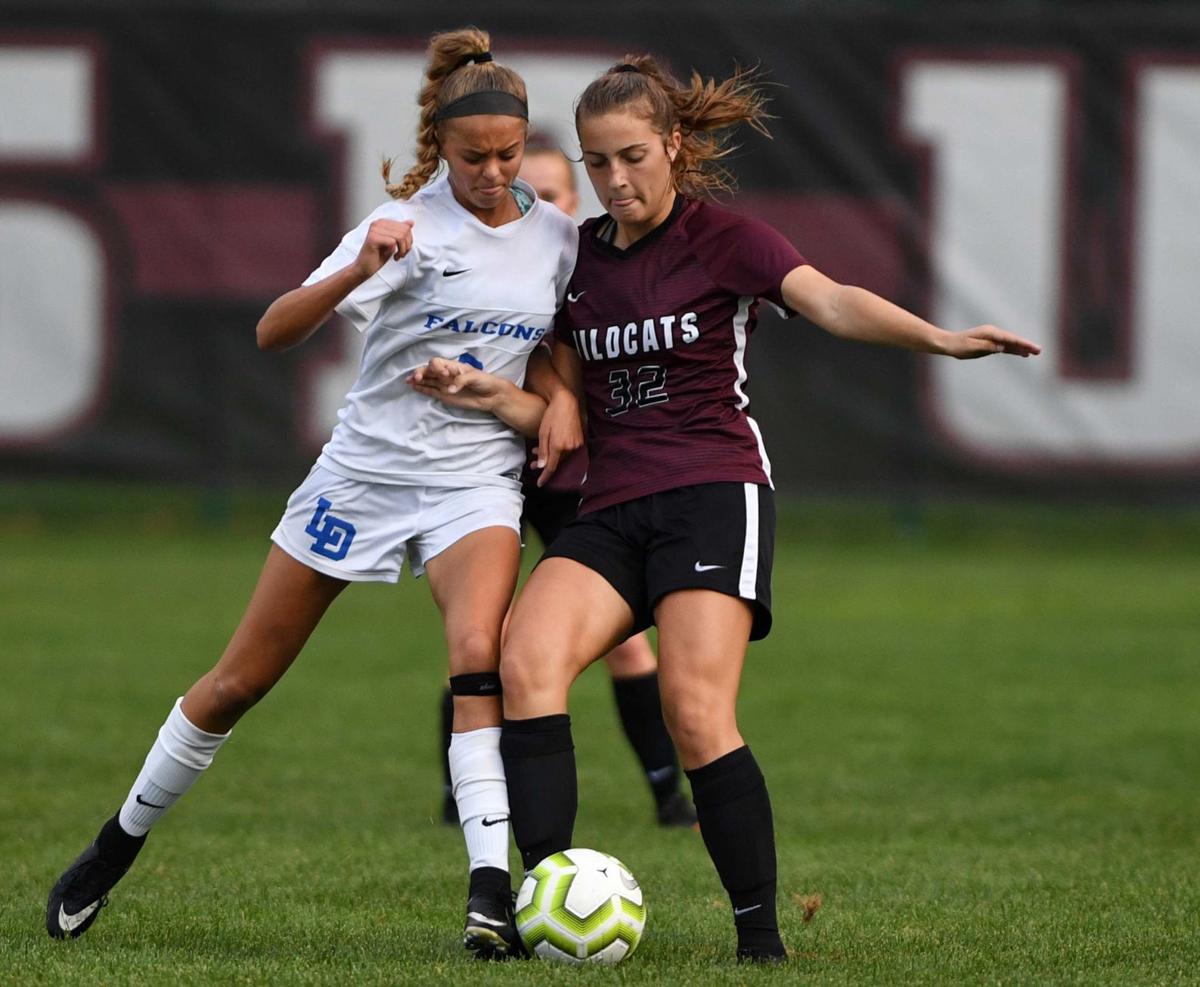 Mechanicsburg's Kate Deluca, right, and Lower Dauphin Payten Kirk battle for control the ball during the first half in a Mid-Penn Keystone game Thursday evening at Mechanicsburg’s Northside Elementary School 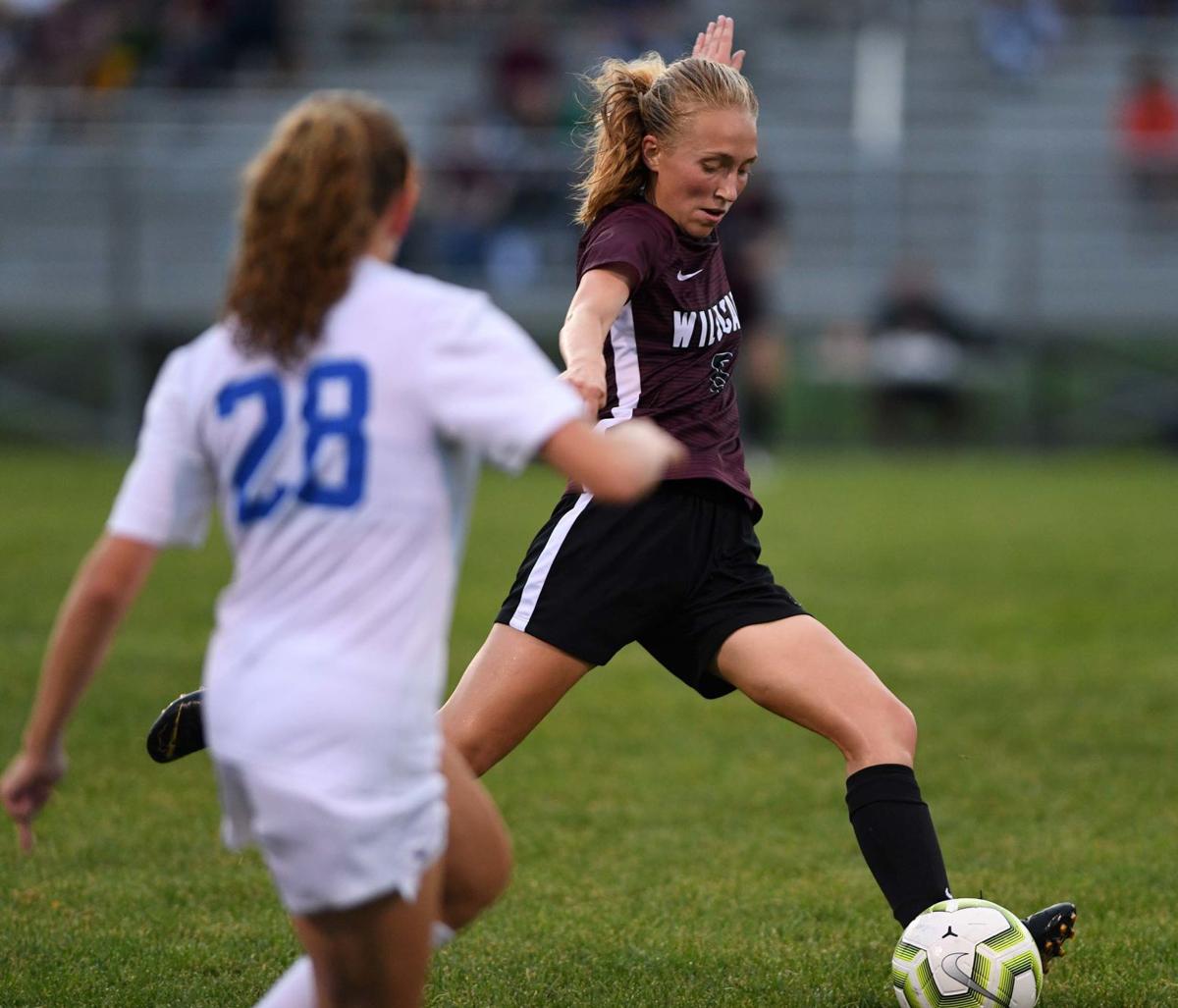 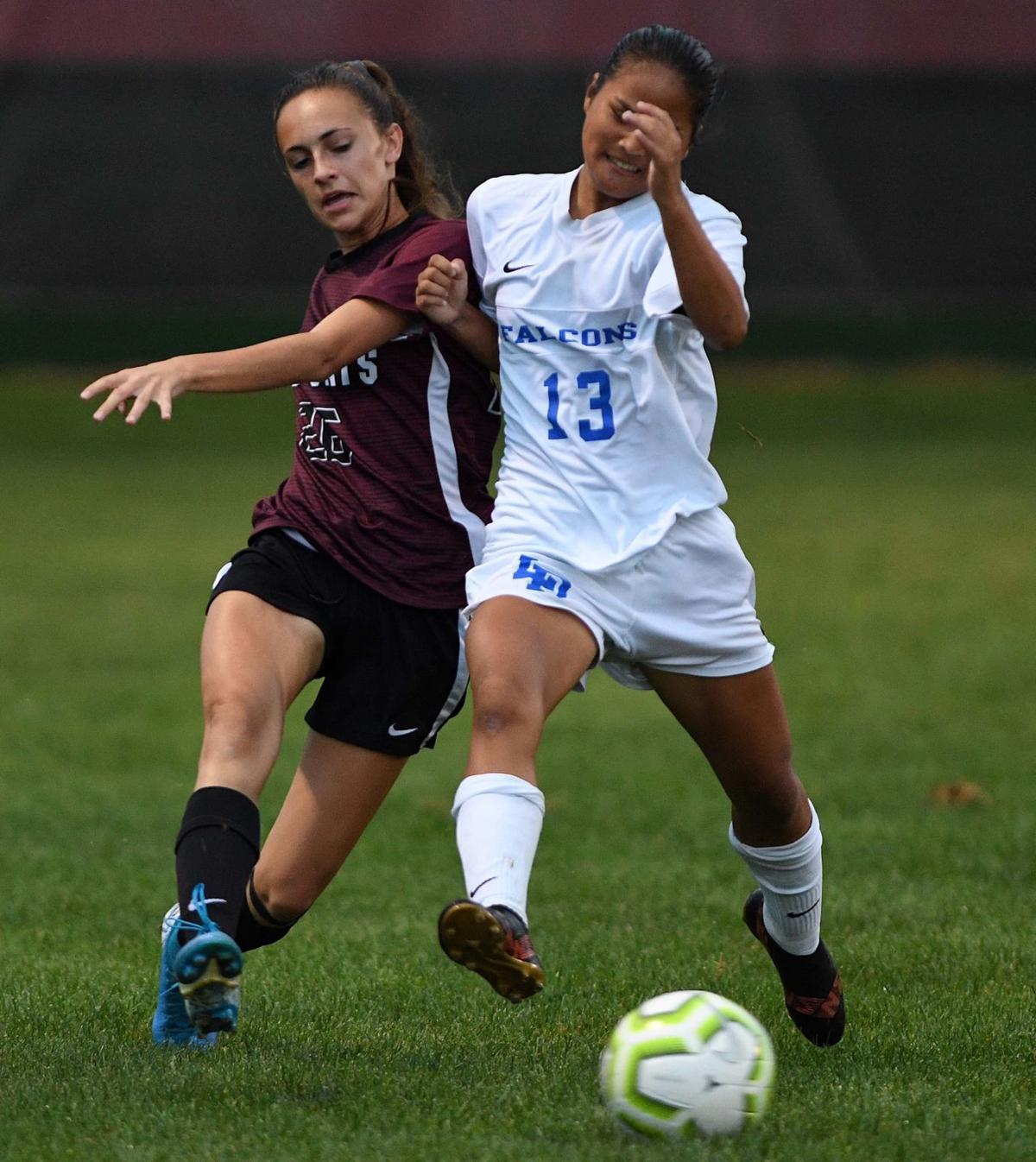 Mechanicsburg’s Kyra Dillon, left, and Lower Dauphin’s Madison Zerbe battle for control the ball during the first half in a Mid-Penn Keystone game Thursday evening at Mechanicsburg’s Northside Elementary School

The Falcons were undefeated coming into their Thursday matchup for a reason.

LD was more than willing to assert themselves physically early in the game, trying to shoulder through ‘Cats especially in the midfield. But a goal from Lauren Costello — on a rebound off a shot from Hinkson — in the fourth minute slowed the Falcons down.

“Going into the game, we had a loss last game, so we were kind of on a lower point, so we had to build our confidence again,” Hinkson said. “And this was definitely the game to do it.”

The goal, though, didn’t make the Falcons back off for long. Lower Dauphin was hesitant for perhaps a minute or two, but not long after reasserted its physical style of play.

But Mechanicsburg had answers. The Wildcats forwards and mids put pressure on LD’s defense with Halle Engle hitting the post not once, but twice in the first half on near misses.

“We talked a lot about defending well in the midfield, and we worked on that this week,” June said. “With the top line ... we know we can be dangerous, and we just want to be smart, and safe and organized behind them. It’s a game of roles, and I really thought everyone stepped into their role tonight.”

One role Hinkson may not have thought she would have to step in to was closer.

In the 47th minute, Hinkson was brought down just outside the box in the offensive zone, forcing a penalty kick. She set it up and sailed it straight past the Falcons’ goalkeeper for the insurance goal.

“There’s adrenaline built up in that, and whenever we got that it was just. like, that was the thing we needed to get us to keep going,” Hinkson said.

Mechanicsburg will look to keep things on a high note as they head into a game against CD East at home Tuesday at 6:30.

For more photos, plus video highlights from Lower Dauphin vs. Mechanicsburg girls soccer, go to cumberlink.com/sports

"We want to celebrate last year, but we had a long talk about how this year is 2019 and it’s a different team, and that’s great. We want to find our own identity this year." - Mechanicsburg girls soccer head coach Jake June