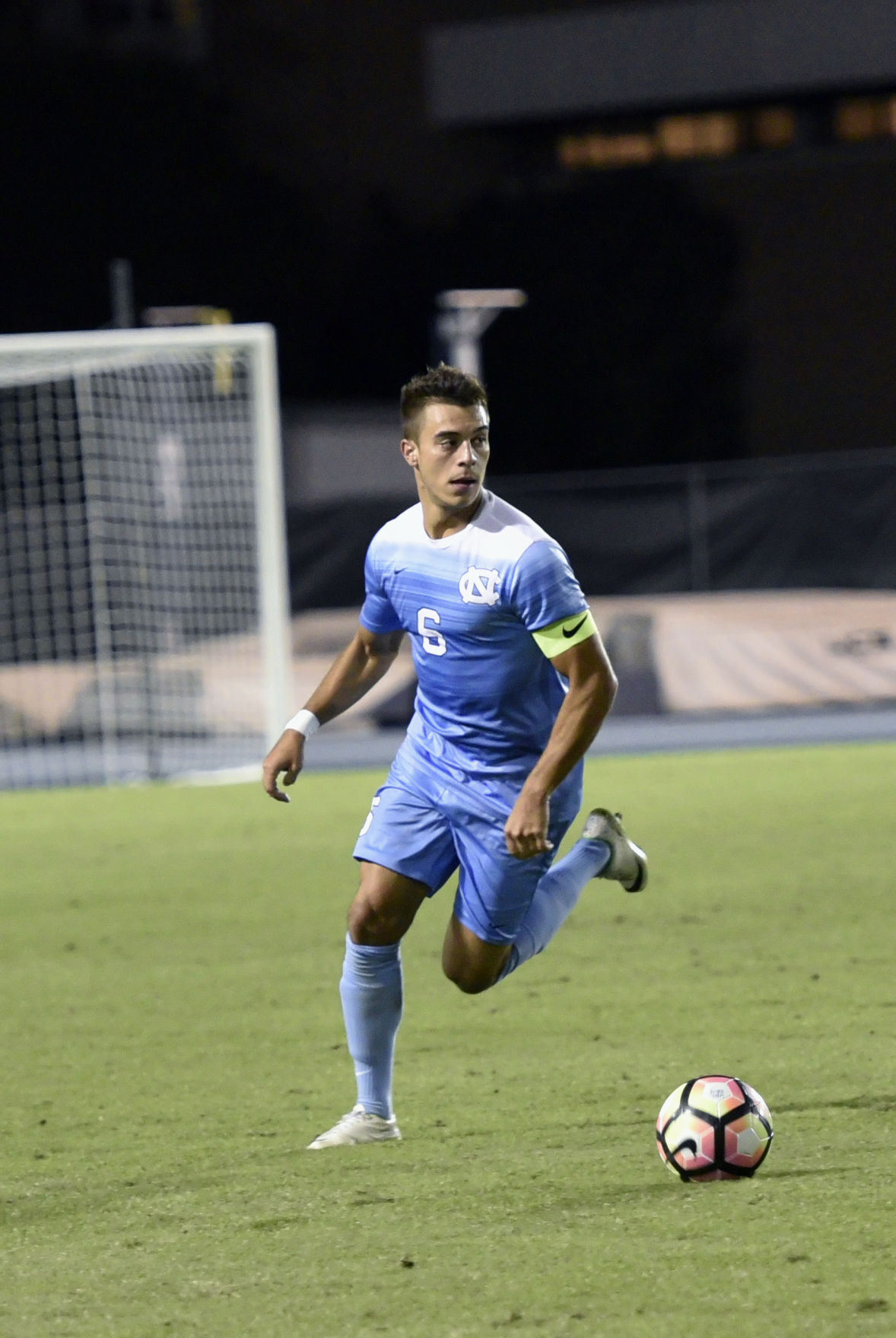 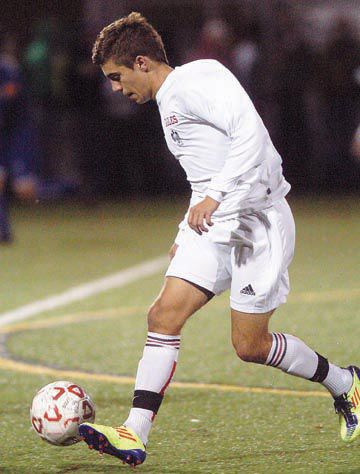 Oh, no. The nerves of participating in the 2017 Major League Soccer SuperDraft didn’t hit Storm until he sat down in a special section for draftees. That’s when the goosebumps hit and he realized that dreams could become a reality.

“When I sat down, I kind of had chills run through me and the realization hit me that bigger dreams could come true,” Storm said.

It came true when Sporting Kansas City took to the podium and selected the defenseman as the No. 14 overall pick in the first round. The first thing Storm did was stand up and hug each of his parents, keeping his composure as much as he could.

The 5-year-old Storm would have been screaming at this moment.

“It’s something that I’ve dreamed about since I was 5 years old,” Storm said. “To have it actually happen in one decision — and it took a lot of work to get there — but for it to happen that quick, you’re life changes like that. Incredible, incredible feeling.”

His former coach at CV, Matt Billman, remembers him well.

“There are so many things you could say. He was just a player who really was special and talented,” Billman said. “He was definitely a very unique soccer player. I’ve seen him off and on since he graduated. I wouldn’t be surprised if I bumped into him and we talked for 30 minutes.”

This once-in-a-lifetime shot happened to a hard-nosed, always-going-110-percent player from Cumberland Valley.

Then again, it’s not really a surprise to anyone that knows Storm.

“I think his talent, his ability to run forever on the field and play 90 minutes,” Billman said of Storm’s strengths. “With his high understanding of soccer on a high level, I was not surprised. It was cool to see him go that early to a great team and a great coach. I knew he really wanted this.”

Billman coached Storm in his freshman and junior years. During his sophomore year, Storm went to train with the U17 U.S. National Team. He was about to return to the Eagles his senior season but instead settled on playing academy soccer in Lancaster.

After high school, Storm moved on to play college soccer at the University of North Carolina and work with the Reading Rage’s development team. He was named a captain as a senior, scored two goals and had eight assists, and led UNC to the NCAA semifinals against Stanford, a 10-9 loss in penalty kicks.

Storm has worked for this chance his entire life.

“I still have notebooks and stuff that my mom saved from when I was a little kid, writing down my signature and team’s names and writing my number down, and I drew pictures of goals on my folders in middle school,” Storm recalls. “It’s cool that I still have it and can look back on that thinking in second grade I never would have thought this actually came true and I’d be standing here in Kansas City.”

But his brief stint with CV was enjoyable.

“I just wanted to know what it was like to play one good year of high school soccer, and it was very fun,” Storm said. “I got to play soccer with friends I grew up with when I was in the (HMMS Eagle FC) teams. I wanted to be that guy that could help lead CV to their first title, but we just couldn’t get there.”

“He had that unique ability when we were training, he was always going 110 percent,” Billman said. “The other thing that stuck out is he was a really, really intelligent player. He processed the game fast and was able to kind of be a coach on the field.”

According to Billman, Storm’s endurance was high for his age, able to run a solid 80 minutes up and down the field and not get winded. Plus he had a steady pace and was versatile enough to do more than just play defense, finishing with 25 points in two seasons.

Storm was able to keep the team together during tough situations, cracking jokes to ease the stress.

“He would always just crack a joke at a great time, lighten the mood and keep everybody down to earth,” Billman said. “In a stressful game. He was just able to keep the team and the environment really kind of calm. He did that a lot. He just had that unique ability to keep it jovial, but when it was time to go to work he was all business.”

Storm’s time at CV came with a lot of good memories, but there was one that stuck out the most to him.

“When we were up at practice, up at the turf field, and Billman was talking,” Storm began, chuckling at the memory. “It might have been Jake Herron who had a ball at his feet and, in the middle of Billman talking, he kind of just took it and punted it for no reason. Billman had him jog the field for half the practice.

“Now we look back at it and crack jokes, but at the time we weren’t all jokes. It was so funny to just think back and think about Jake running laps for like a half hour.”

It won’t just be the memories, but Storm’s name that will also be something Cumberland Valley remembers. Like Josh Gros before him — a CV grad who played for D.C. United for three years — and Bobby Warshaw — a Mechanicsburg grad who plays for the Harrisburg City Islanders of the USL — his name and legacy is something CV can be proud of.

“His name is definitely one that people know about. He had a reputation of being a fit, hard-nosed player that really worked hard to make things happen,” Billman said. “I think it just sends a real clear message to younger kids of what a possibility it is in the U.S. He’s a role model, whether the kids have met him or not. He’s a CV kid who had a great career, played at college at a high level and now he’s playing pro. It’s awesome.”

Growing up and admiring teams like the LA Galaxy and trying to be just like his favorite player, Deandre Yedlin, Storm now has the chance to stand where Yedlin and Galaxy players before him stood.

“I look forward to slipping on my jersey that has Storm on the back of it,” he said. “It was always my dream to see my name and my family’s name on the back of a professional jersey, and the first time I see it, I think it’ll probably give me goosebumps.”

Cumberland Valley and University of North Carolina-Chapel Hill graduate Colton Storm was drafted at the No. 14 spot overall by Sporting Kansas…

Cam Heyward apologizes after punching Justin Herbert in the stomach

Cam Heyward apologizes after punching Justin Herbert in the stomach