The 2020 fall season is over. Time to hand out some awards.

This year’s All-Sentinel team includes a Player of the Year, Coach of the Year, First Team honorees and several Honorable Mentions.

Halle Engle, jr., F, Mechanicsburg — According to head coach Jake June, Engle is a “dangerous combination of strength, speed and technical ability.” And there’s no denying that. Engle was one of the most dynamic players in the Mid-Penn, and arguably the state, and her stat sheet showed it. She surpassed the 200-point mark for her career and tallied 31 goals and 13 assists on the season. Her senior year will be one to watch. 2019 All-Sentinel First Team.

Jake June, Mechanicsburg — It was a huge year for June and his squad. He helped coach the team to the school’s first ever District 3 title for a girls team, and led them all the way to the PIAA Class 3A semifinals where they fell to defending champ Mars. June will lose a good chunk of his team come next season, but he gets Engle for another year. And the lessons learned from this team will undoubtedly transfer to the underclassmen making next year an interesting one to watch.

Emily Mashinski, sr., F, Cumberland Valley — The leader in goals for the Eagles with 19 on the season, Mashinski was one of the team’s most valuable assets. With the ability to make everyone around her better, Mashinski also has the ability to send the team into a “frenzy” if she starts the scoring off early, according to head coach George Gemberling, causing a domino effect with goals from more than one player. 2019 All-Sentinel First Team.

Elena Hinkson, sr., F, Mechanicsburg — If you need an all-around player, Hinkson is it. She’s a talented playmaker and a lethal finisher if teams give her too much room. The University of Pittsburgh commit finished her high school career with 52 goals and 44 assists (11 goals, 11 assists this season). 2019 All-Sentinel First Team.

Lauren Costello, sr., D, Mechanicsburg — Costello had the size, speed and strength that made for an all-around defenseman. She also had the skill behind her to be an offensive-defenseman, and that’s what she did this season. Between clearing balls from the box or being a nuisance for the opposition up front with four goals and two assists, Costello was one of the best the Wildcats could ask for. 2019 All-Sentinel Honorable Mention.

Taylor Ferraro, so., F, Cedar Cliff — Although Ferraro was hit with an injury that took her out for a few games, she was one of the driving forces for the Colts while she was healthy. A shot-taker, Ferraro notched 11 goals for the season and was the type of player to make everyone around her better.

Julia Raich, sr., MF, Camp Hill — Although Raich decided to sit out most of the season for personal reasons, she was still a driving force for the Lions, who won the Mid-Penn Capital Division for the third year in a row. Tallying 10 goals and seven assists this season, the Penn State commit ended her career close to the 250-point mark and produced an impressive 98 goals. 2019 All-Sentinel Player of the Year.

Hailey Selkirk, sr., MF, Cumberland Valley — After Maddy Ferrone broke her collarbone during the season, Selkirk was called up from center back to the midfield position to take her place. Luckily for CV, Selkirk stepped up her game and naturally fell into the position — sort of like she had been playing there since the beginning. With a “bomb of a shot,” Selkirk buried six goals this season, including two in the playoffs.

Carly Smith, sr., CB, Cumberland Valley — The defensive backbone for the Eagles, Smith is the type of all-around player any team would want. Smith could block out almost any player that came towards the box and clear out balls as well, but she also had an offensive streak, burying four goals during the regular season and adding two more in the postseason.

Jessica Knaub, jr., F, Trinity — Although the Shamrocks were limited on games this season, Knaub still made an impact with what little time she and the team did get. Head coach Terry Mull complimented Knaub’s explosiveness with the ball and her ability to bend in corner shots — something that will be useful for Trinity in her final year next season. 2019 All-Sentinel Honorable Mention

Emma Ahl, jr., MF, Carlisle — Like Trinity, Carlisle saw some limited time on the field this season because of COVID-19 shutdowns. However, Ahl proved that she was one of the most versatile and valuable assets for the Thundering Herd. Ahl is a playmaker who started all 14 games, nabbing four assists for the season — a small stat that doesn’t truly encompass what an impact Ahl can have on the field. 2019 All-Sentinel Honorable Mention

Abby Miller, sr., GK, Cumberland Valley — Miller was the starting goaltender last season, and it was her time once again to shine for the Eagles this season. In her final season, Miller gave up only four goals and had 11 shutouts during the regular season. That helped her lead the team on a long postseason run that included a District 3 title, making 30 saves total throughout the season. 2019 All-Sentinel Honorable Mention.

HS Girls Basketball: Cumberland Valley's Abbie Miller wants to be 'something special' at Shippensburg University like her Hall of Fame aunt

A story on the lengths Camp Hill's Julia Raich, one of the state's best soccer players, and her family went to protect her biggest fan.

After a whirlwind junior year, the Shamrocks' leading scorer made her college decision Wednesday. 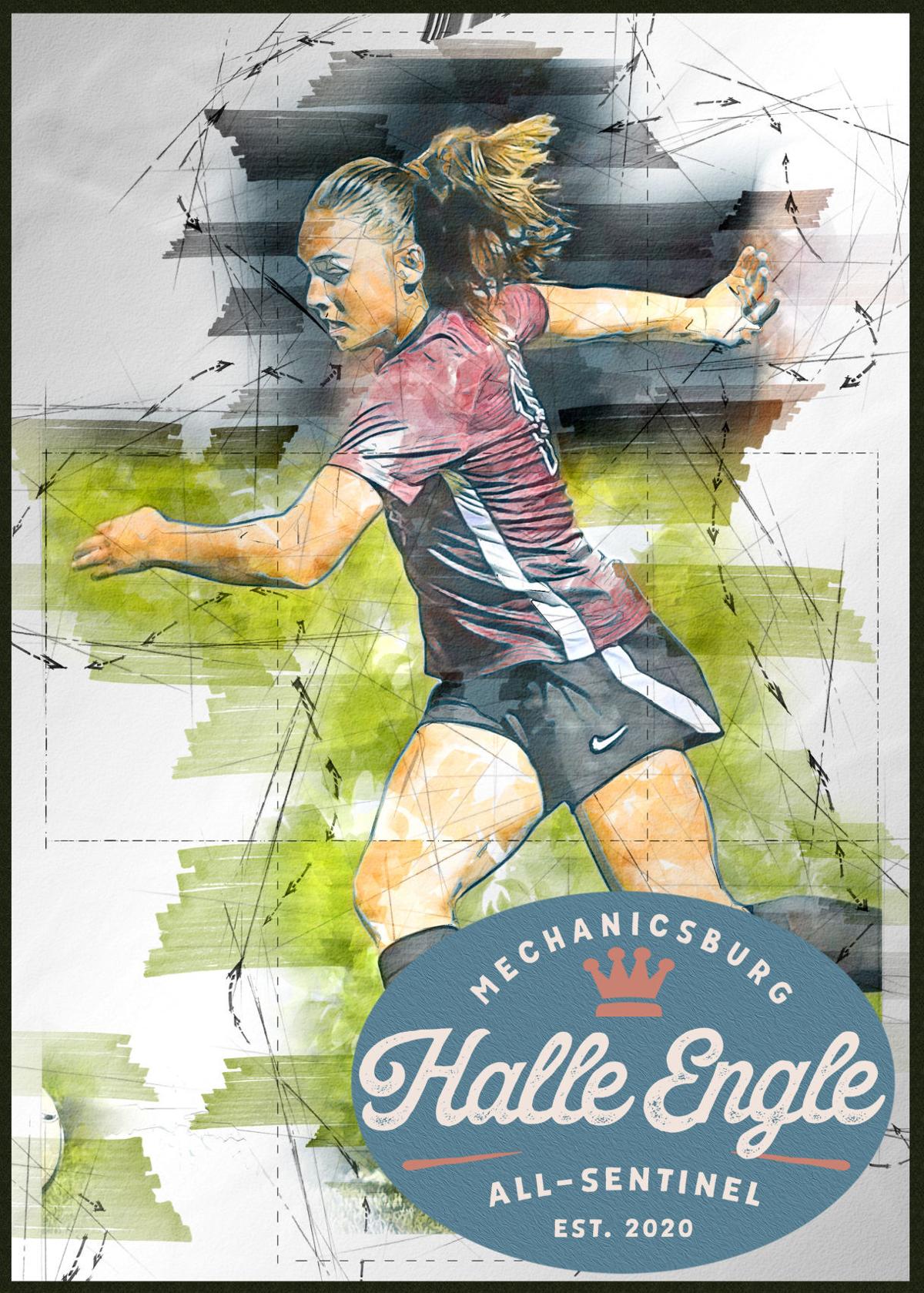 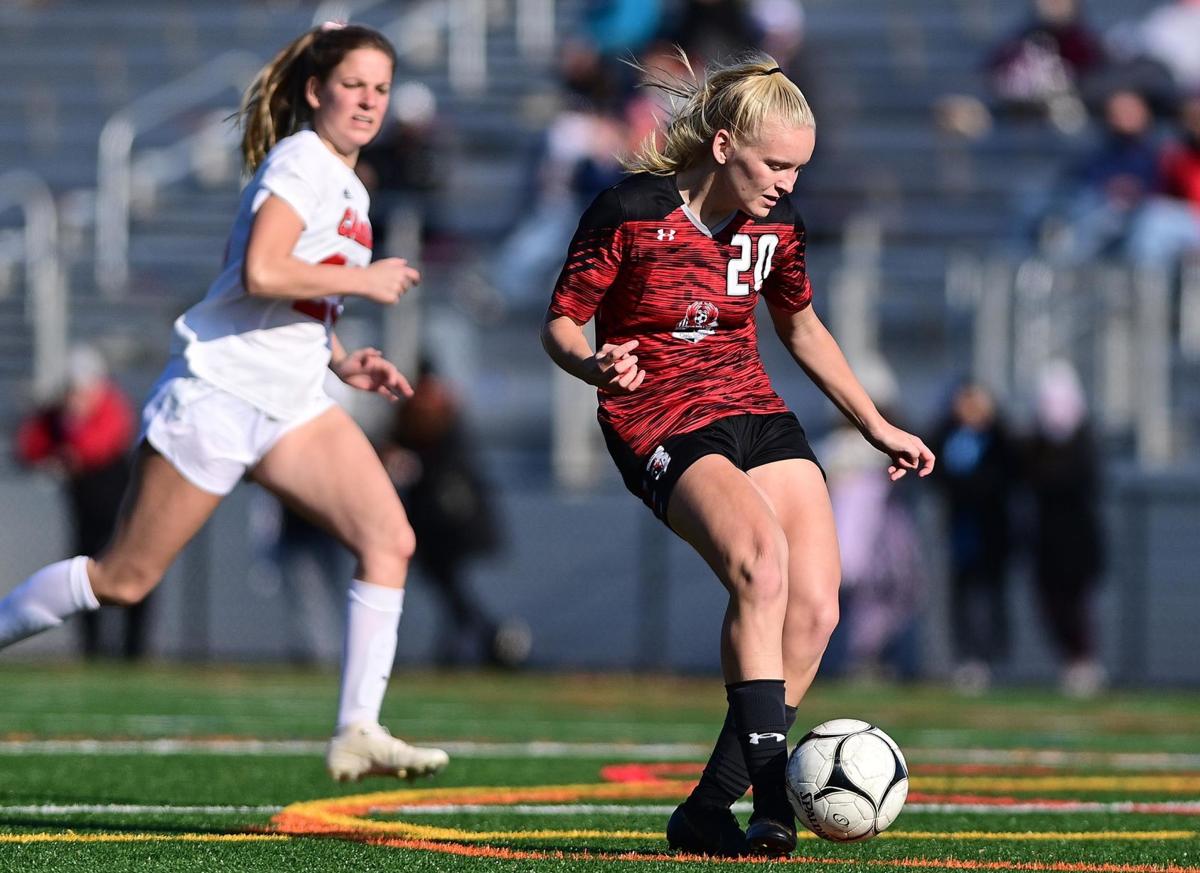 Cumberland Valley’s Emily Mashinski was the leader in goals for the team with 19. 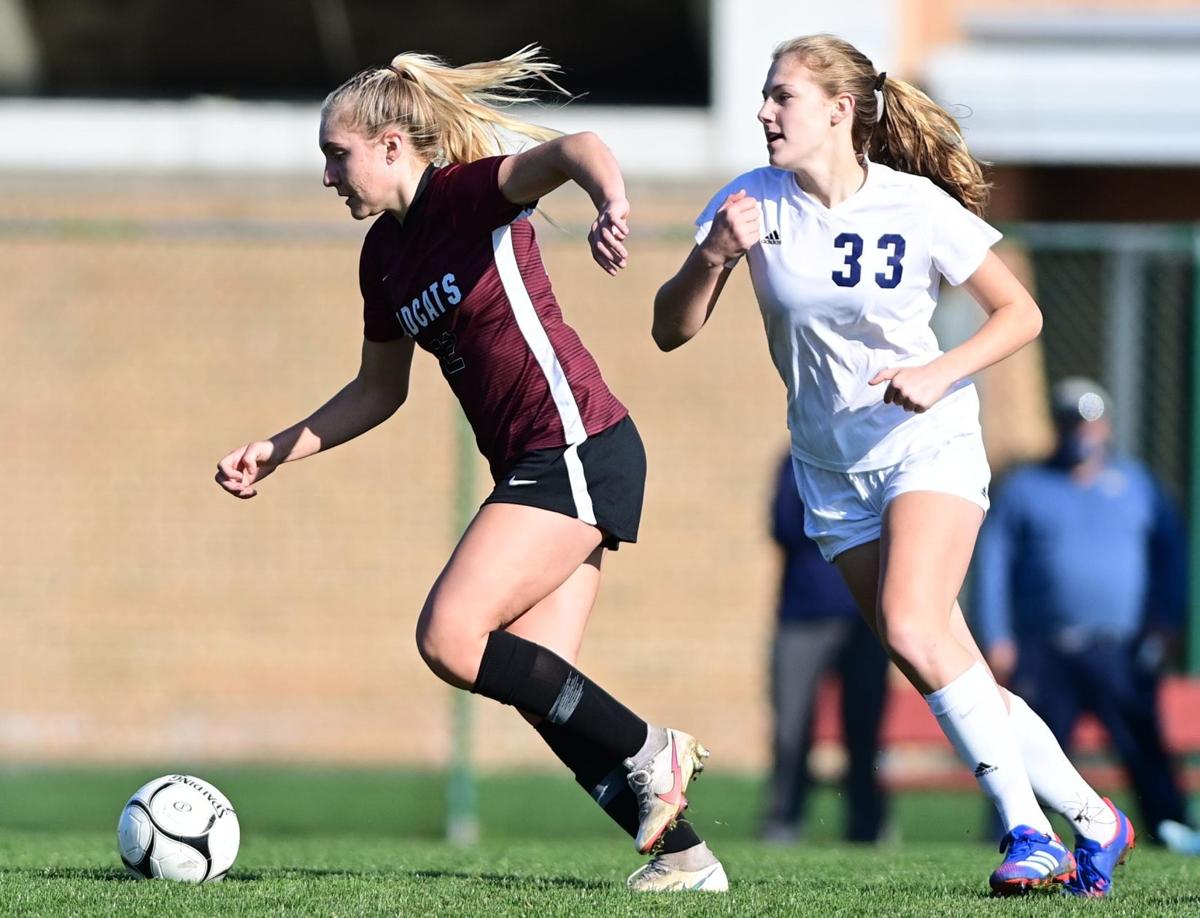 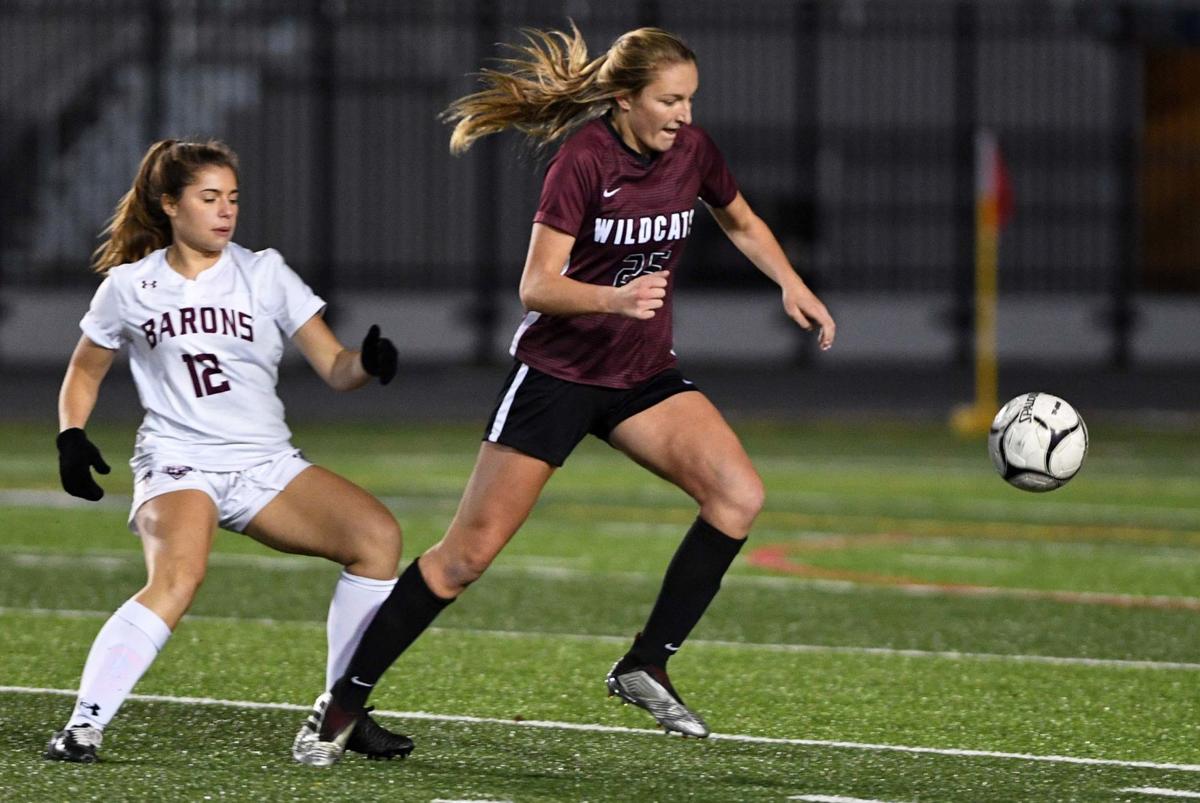 Mechanicsburg’s Lauren Costello, right, was an all-around defenseman for the Wildcats. 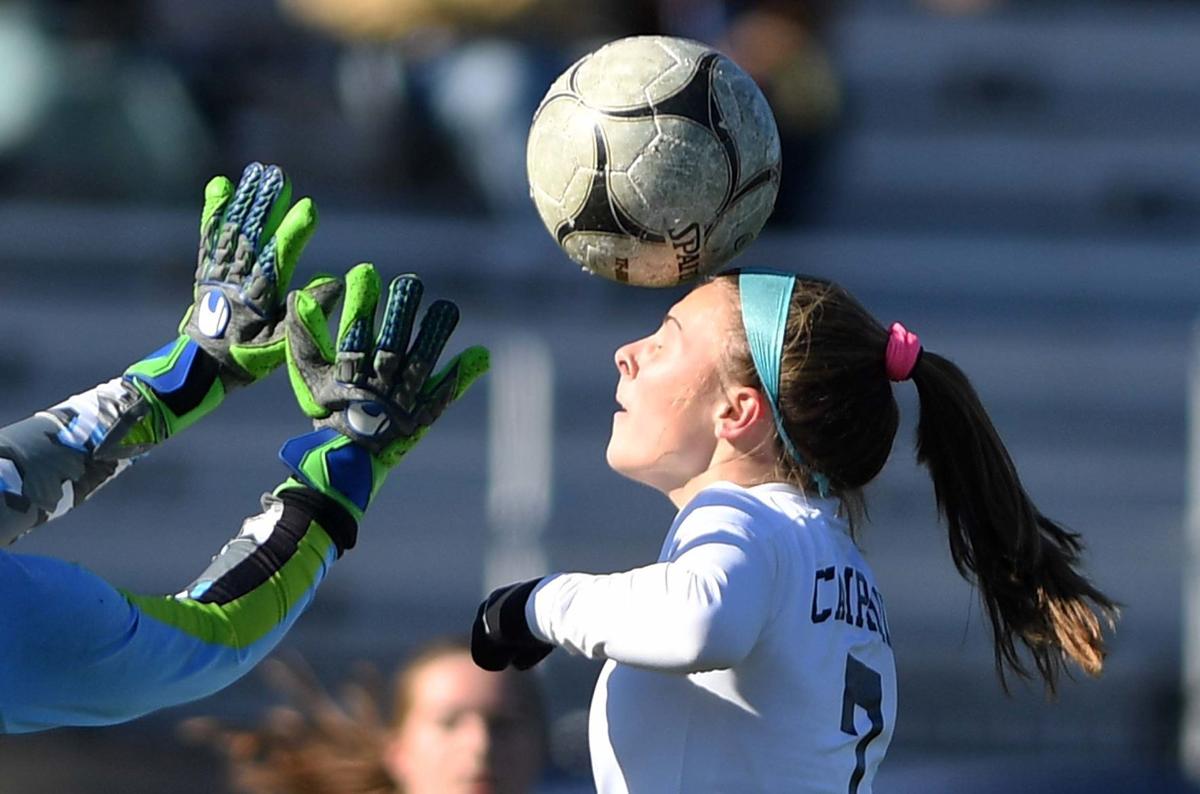 Camp Hill’s Julia Raich, right, scored eight goals in the limited games she played this season, but was still a huge asset for the Lions. 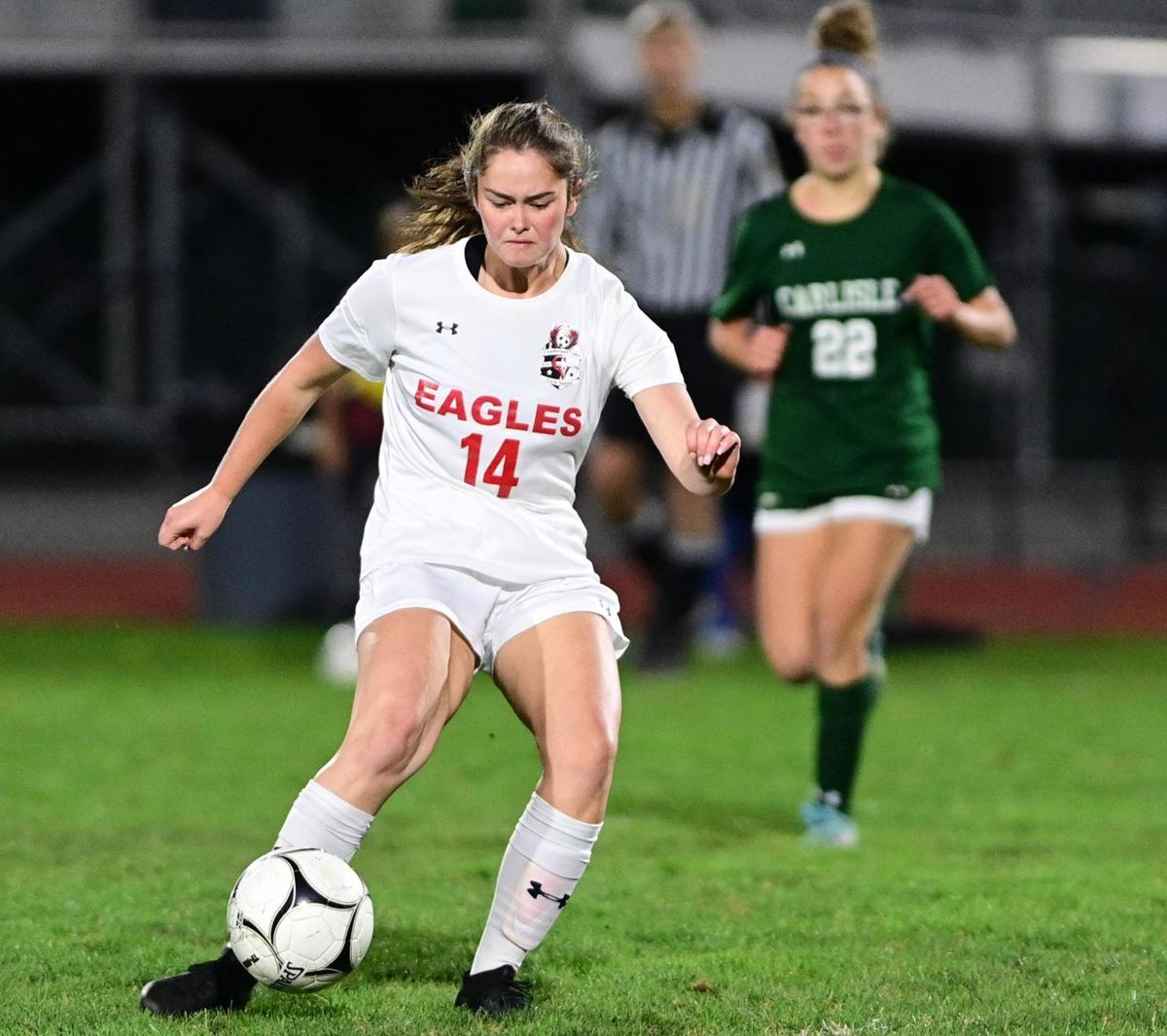 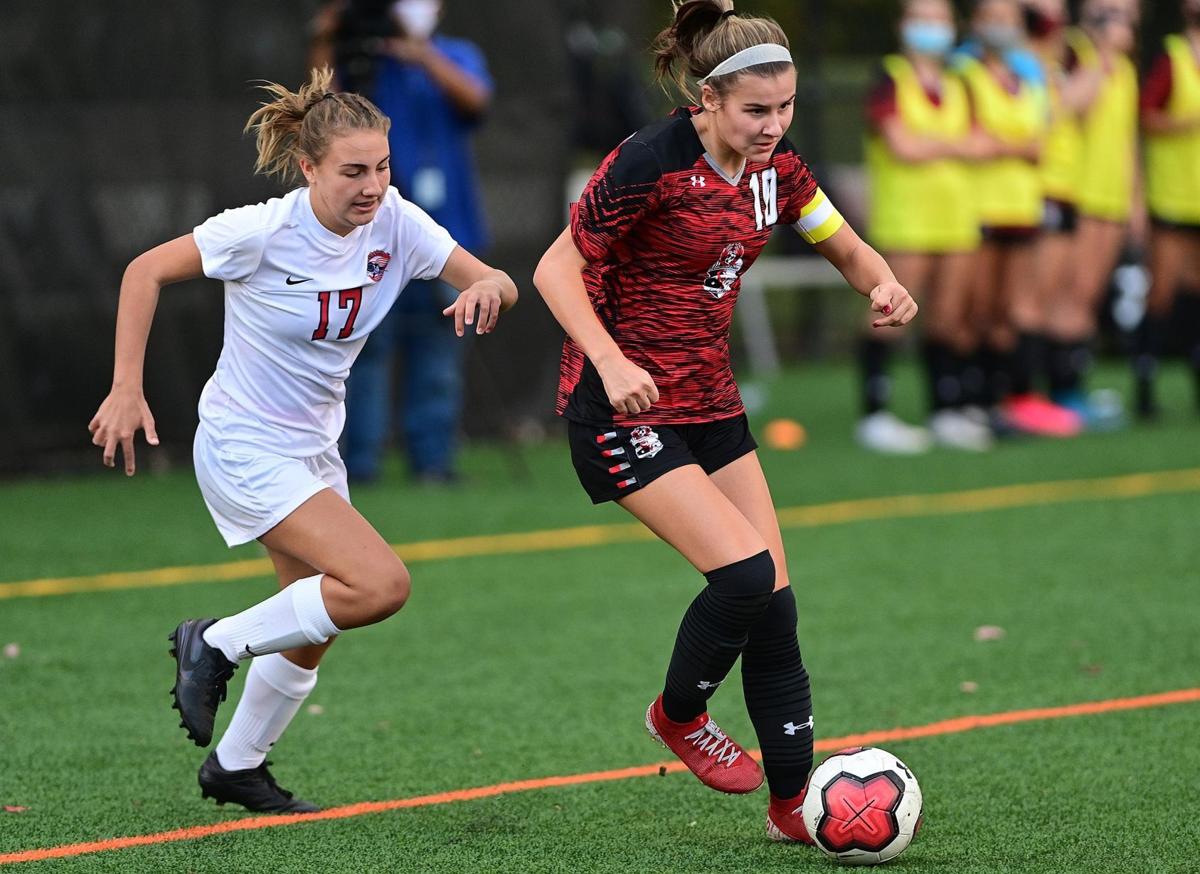 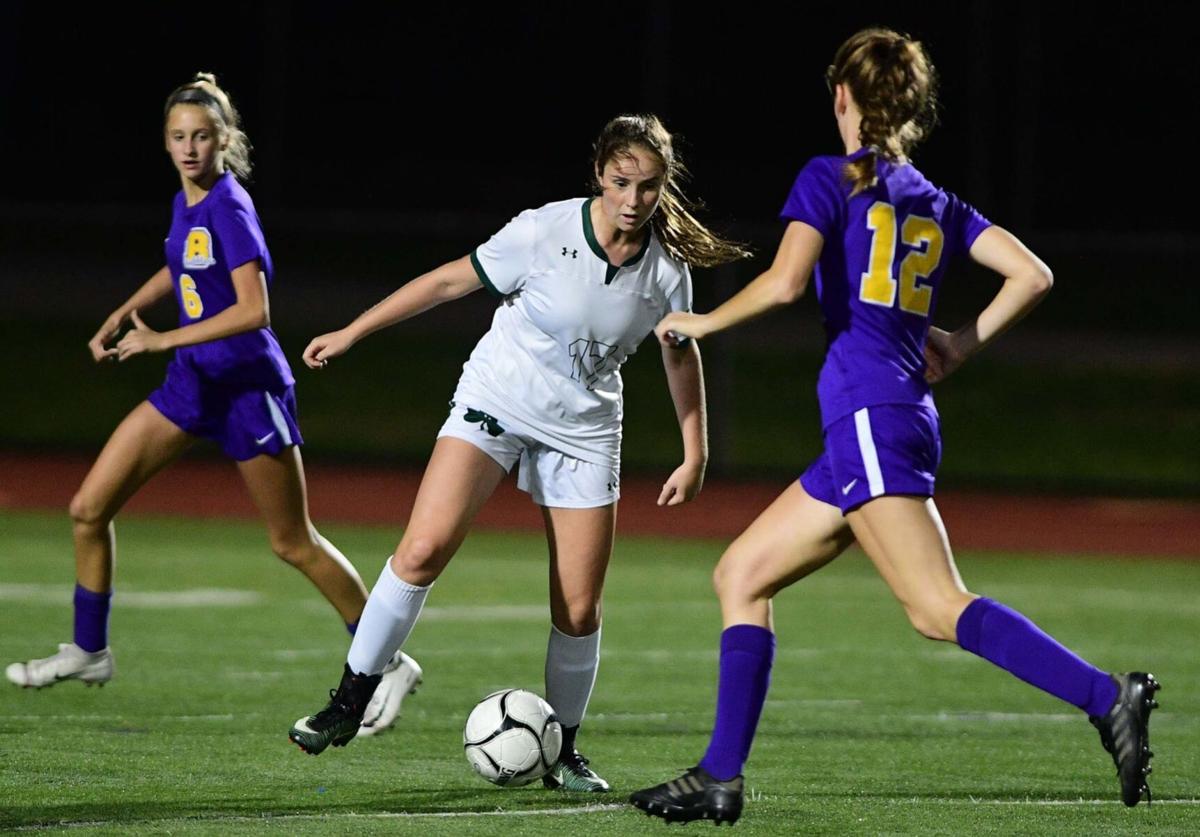 Trinity’s Jessica Knaub, center, made a big impact for the Shamrocks in their limited games this season. 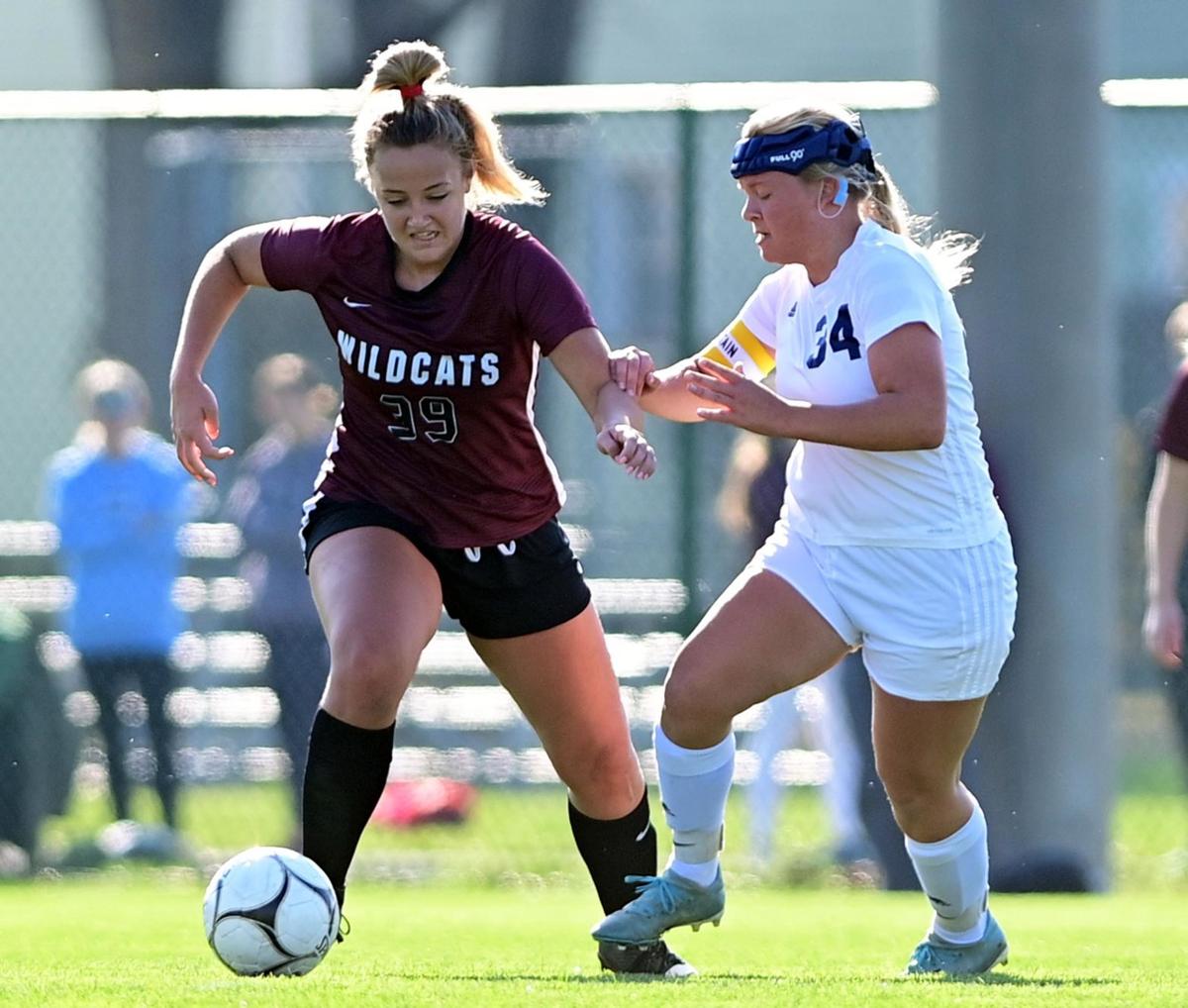 Mechanicsburg’s Allison Schrass, left, was a huge asset for the Wildcats this season. 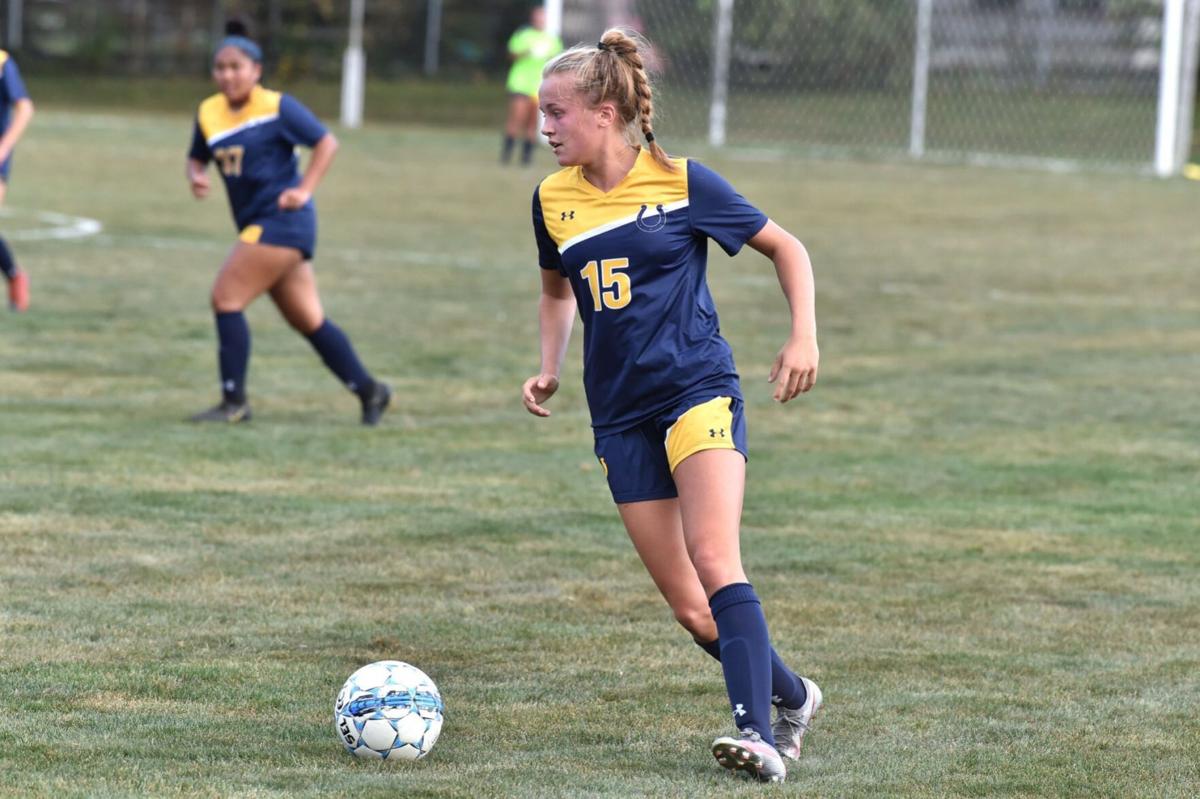 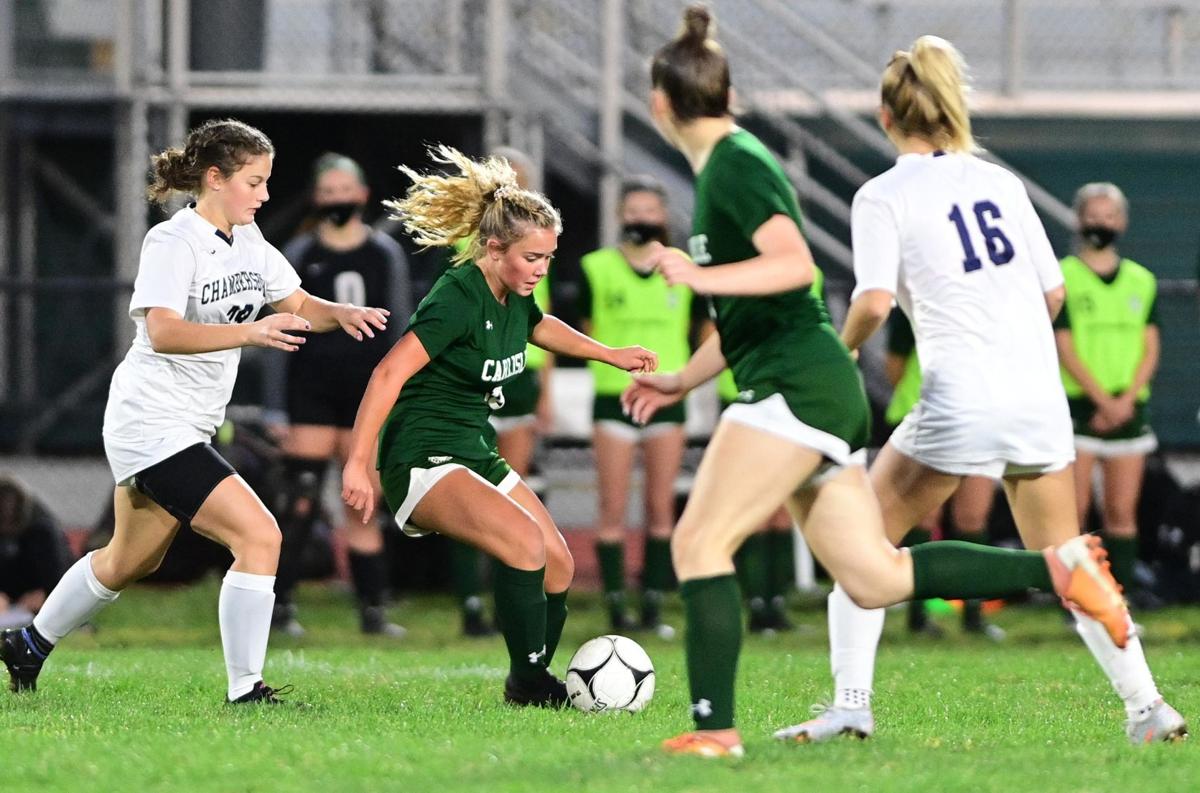