The 2020 fall season is over. Time to hand out some awards.

This year’s All-Sentinel team includes a Player of the Year, Coach of the Year, First Team honorees and several Honorable Mentions.

Connor Swope, sr., MF, Northern — It takes a lot to be named Player of the Year two years in a row. Swope was a huge part in leading the Polar Bears to their first District 3 Class 3A title and helped lead them to the PIAA final — new territory in both cases for Northern. There’s a reason the opposition targets Swope. A threat on both sides of the ball and a “box-to-box midfielder,” according to head coach Gaz Davies, Swope isn’t afraid to draw opponents away from the ball to give others on the team a chance to make a play. He finished his senior season with 22 goals and five assists. 2019 All-Sentinel Player of the Year.

Gaz Davies, Northern — Last season, the Polar Bears had gone the farthest they had ever gone in the playoffs — an appearance in the District 3 Class 3A final and a berth in the state tournament. This year’s team blew that out of the water, and Davies was a huge part of it. He coached the team to its first ever District 3 title and led the team to the PIAA final, where they fell to Mars in an impressive second-half comeback from the Fightin’ Planets. Davies summed up the season well that night: “This group will be remembered for a long time at Northern. They should be very proud of themselves.”

Liam Raney, jr., F, Camp Hill — Raney was a huge part of the Lions’ offense this season, scoring against every team in the Capital Division and banking in six game-winners. With 14 goals, six assists and one more season to go with the Lions, Raney undoubtedly will hit the 100 career point milestone next year. 2019 All-Sentinel First Team.

Spencer Siverling, sr., MF, Northern — With 12 goals and 15 assists, Siverling was another all-around player for the Polar Bears. In an impressive improvement from last season — he doubled his offensive total — Siverling shut down the opposition in the midfield and found open space to get either himself in a position to bury a shot or give a teammate a prime opportunity to score. 2019 All-Sentinel First Team.

Ashton Davies, sr., MF, Northern — If you need an all-around, dynamic player, Davies is your guy. His two goals in the District 3 Class 3A final single-handedly awarded the Polar Bears their first ever title, and his ability to keep up with anyone on the opposition made him a valuable workhorse for the team. He ended his senior season with 15 goals and 15 assists. 2019 All-Sentinel First Team.

Gavin Rauhut, jr., MF, Boiling Springs — Speed and skill will get you pretty far, and it certainly made Rauhut one of the most valuable players for the Bubblers. Rauhut shared the leading scorer spotlight with 14 goals, but he tacked on 10 assists with his ability to create open space and opportunities for teammates.

Brady Olsen, jr., MF, Boiling Springs — The other leading goal scorer for the Bubblers with 14, Olsen was also a lethal asset for the Bubblers in their historic 2020 run. More of a finisher than a playmaker, Olsen added four assists to his stat sheet for the season. 2019 All-Sentinel Honorable Mention.

Daniel Erickson, sr., MF, Cumberland Valley — One of the biggest leaders on the field for the Eagles this season, Erickson knew what it took to march CV to success. He tallied a hat trick in the District 3 Class 4A semifinals and helped take the team to the PIAA semifinals — the deepest run the team had seen since 2013. He tallied 10 goals on the season.

Shepard Soisson, sr., F, Northern — The co-leading scorer on the team with Swope (22 goals), Soisson was another key to the Polar Bears’ success all season. Soisson had the ability to isolate defenders to force turnovers, create chances for himself and create opportunities for teammates, leading to 11 assists on the season. Soisson, like some of his other teammates on the list, was a triple threat all season as a plus scorer, playmaker and defender.

Josh Turner, sr., MF, Boiling Springs — More of a playmaker, Turner was a vital part of helping the Bubblers make history as a team this season. His vision on the field was a huge plus for the team, nabbing five goals and seven assists through his final season.

Ian Hall, sr., D, Northern — It helps a great offense to also have a great defense behind it, and Hall was a huge part of why the Polar Bears’ D was so good. The group allowed just 16 goals in 21 games. Hall is a solid defensive-defenseman but can also turn around and contribute to the offense with six goals and an assist.

Josh Hoffman, jr., GK, Northern — When you only give up 14 goals all season (0.7 GAA), record 10 shutouts and help lead the team to a 19-1-1 record (12-0 in the Colonial Division), you definitely did your job and then some. Hoffman benefited from a rugged defense in front of them — one that was stingy with how many players they let get through to the box — but also helped them out consistently with impressive stops.

In 2014, as the Mechanicsburg Soccer Club completed its rebranding as Keystone Football Club, coaches Sean Cochran and Jeff Linnenbach had a vision. 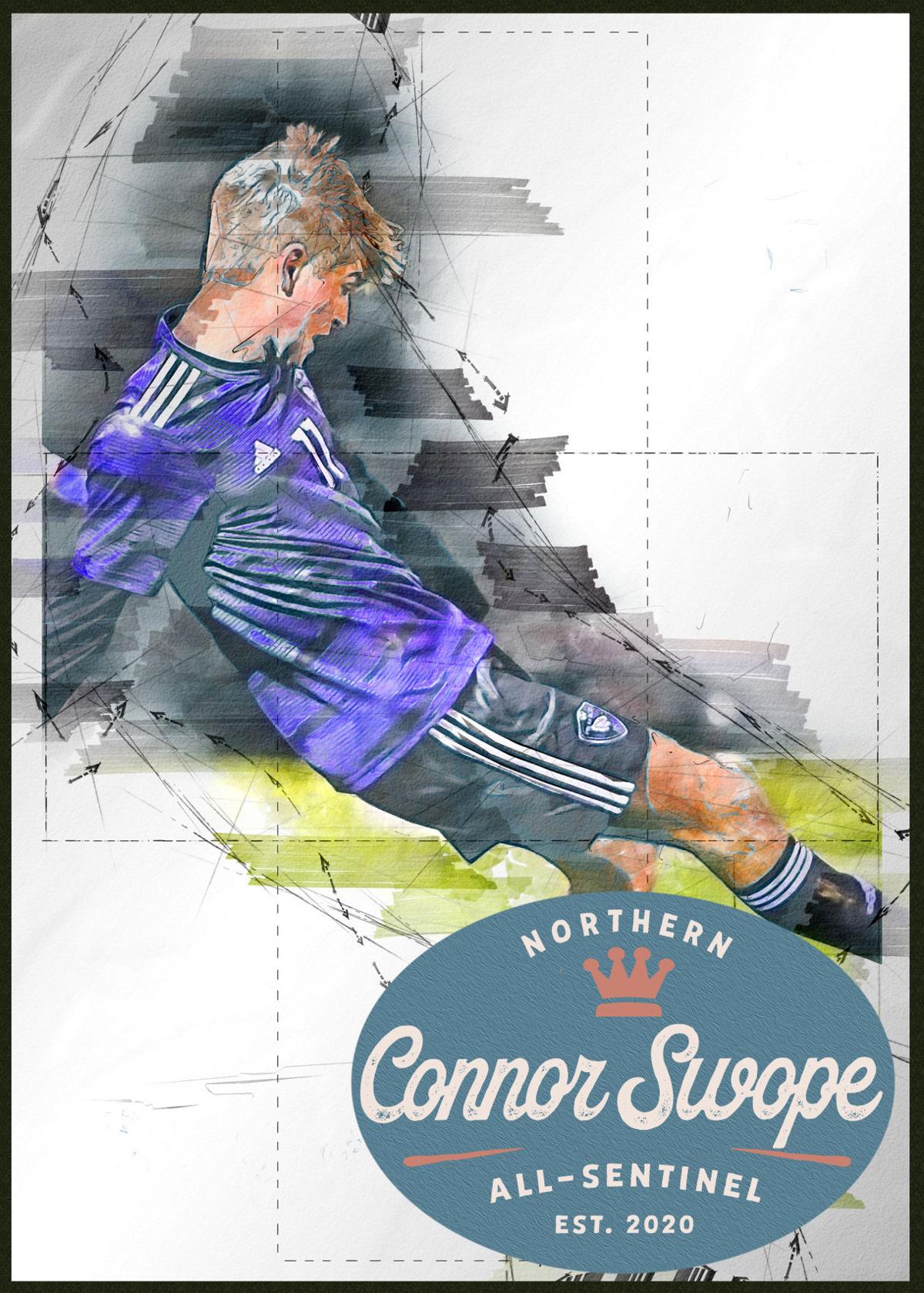 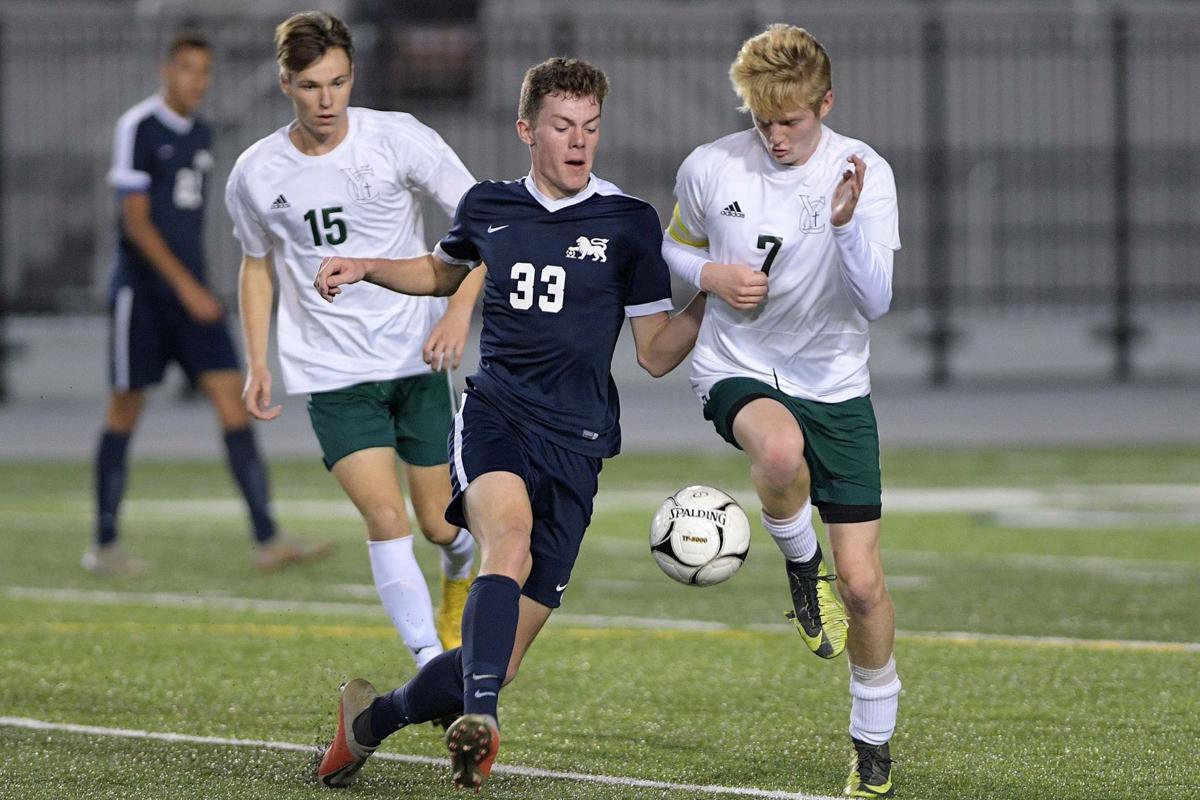 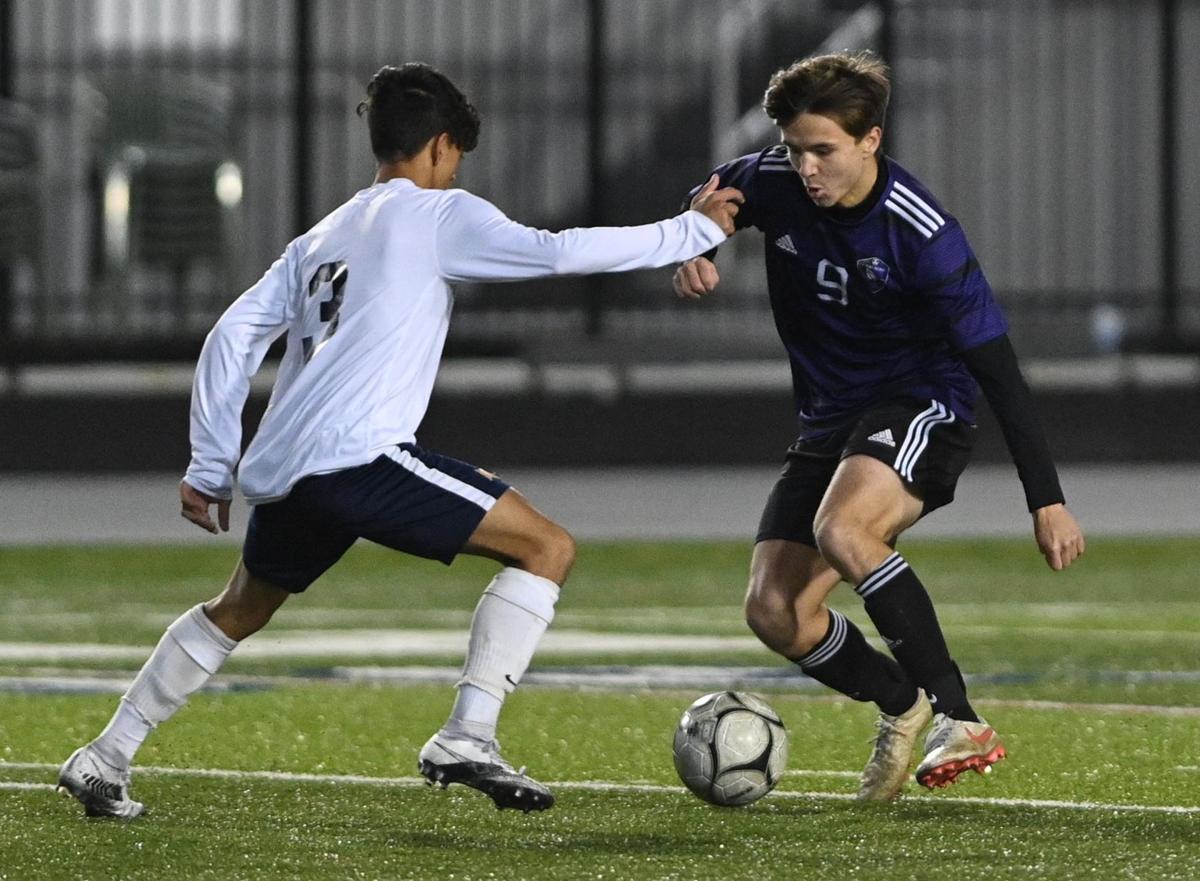 Northern’s Spencer Siverling, right, had 12 goals and 15 assists this season. 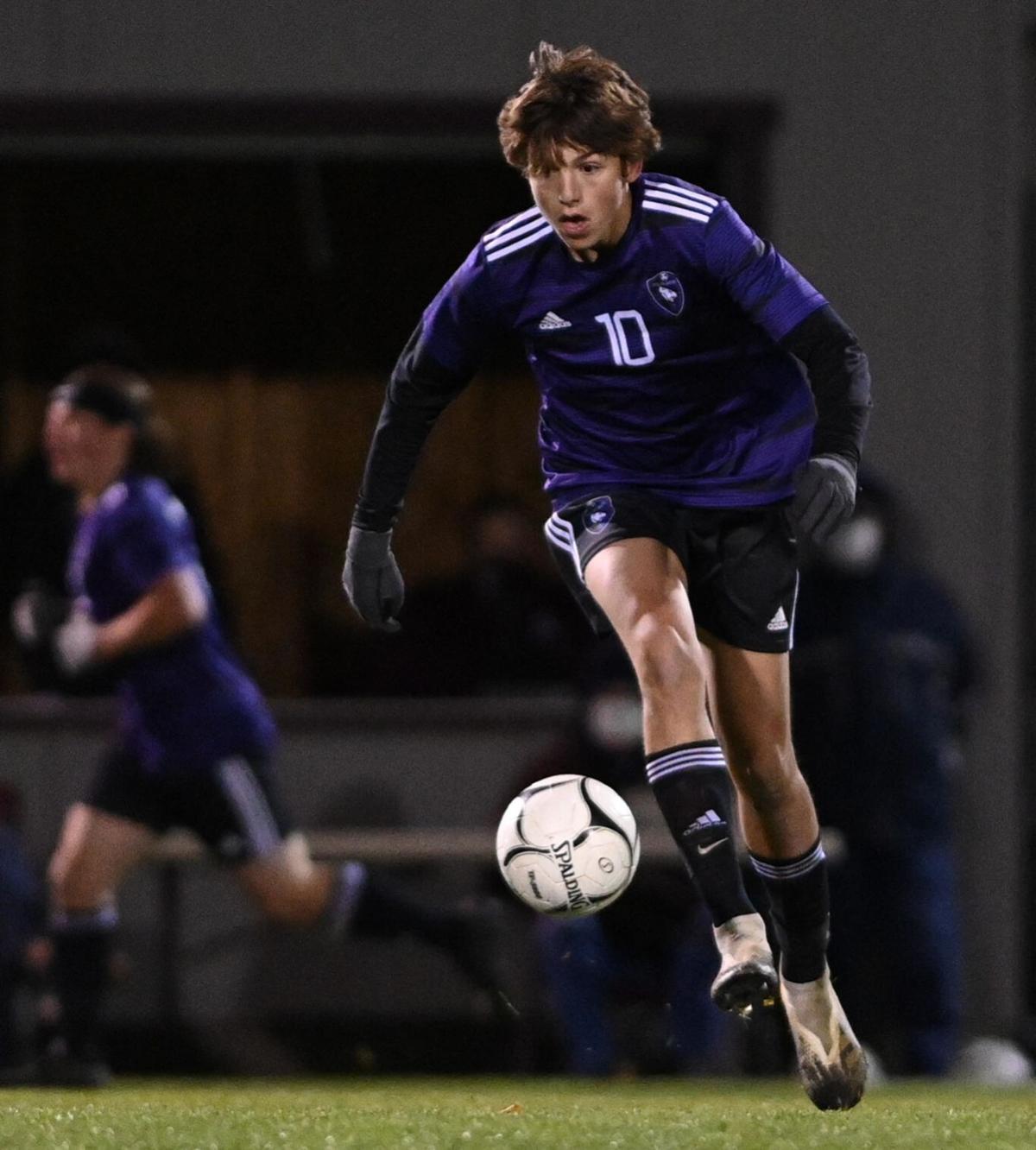 Northern’s Ashton Davies had two goals in the District 3 Class 3A final to hand the Polar Bears their first ever title. 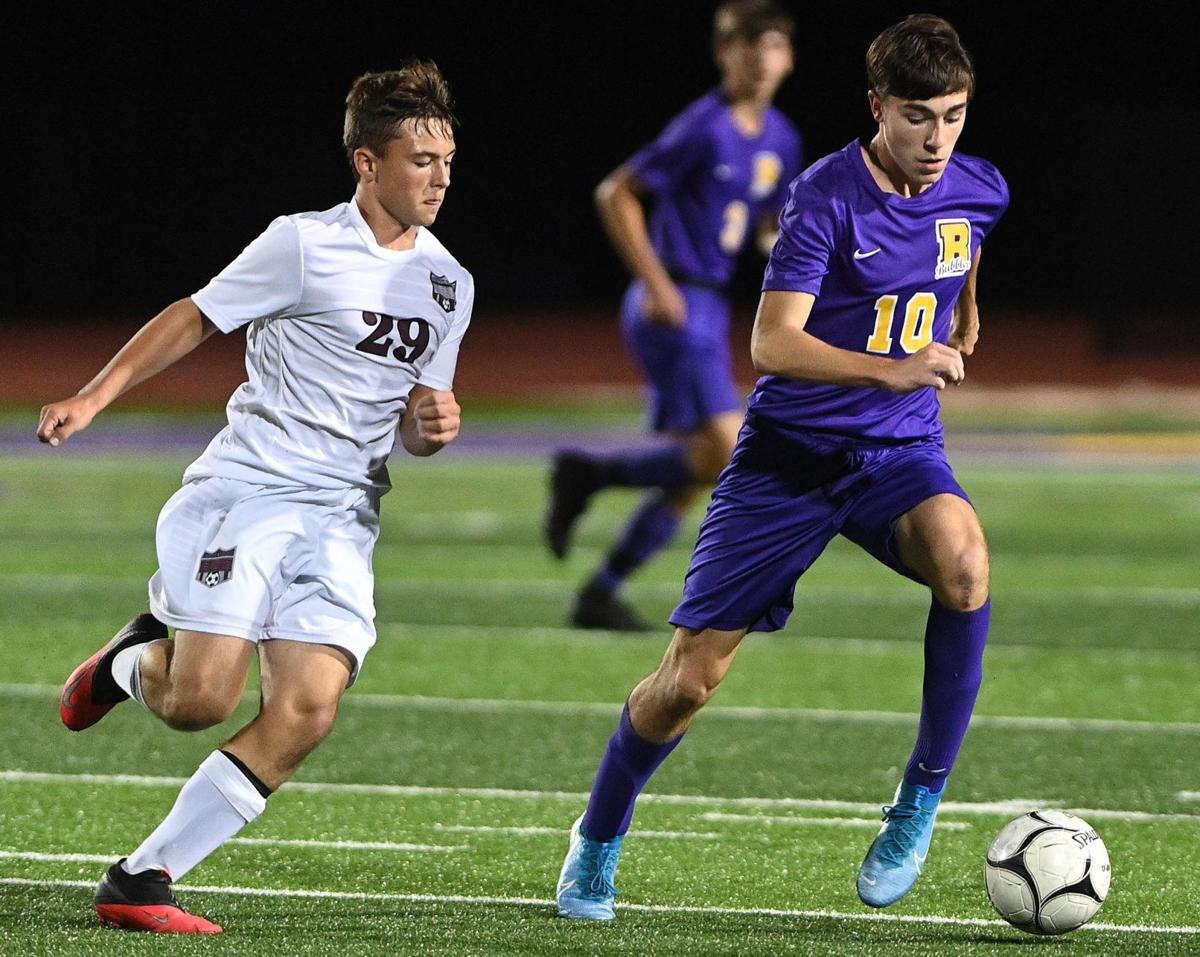 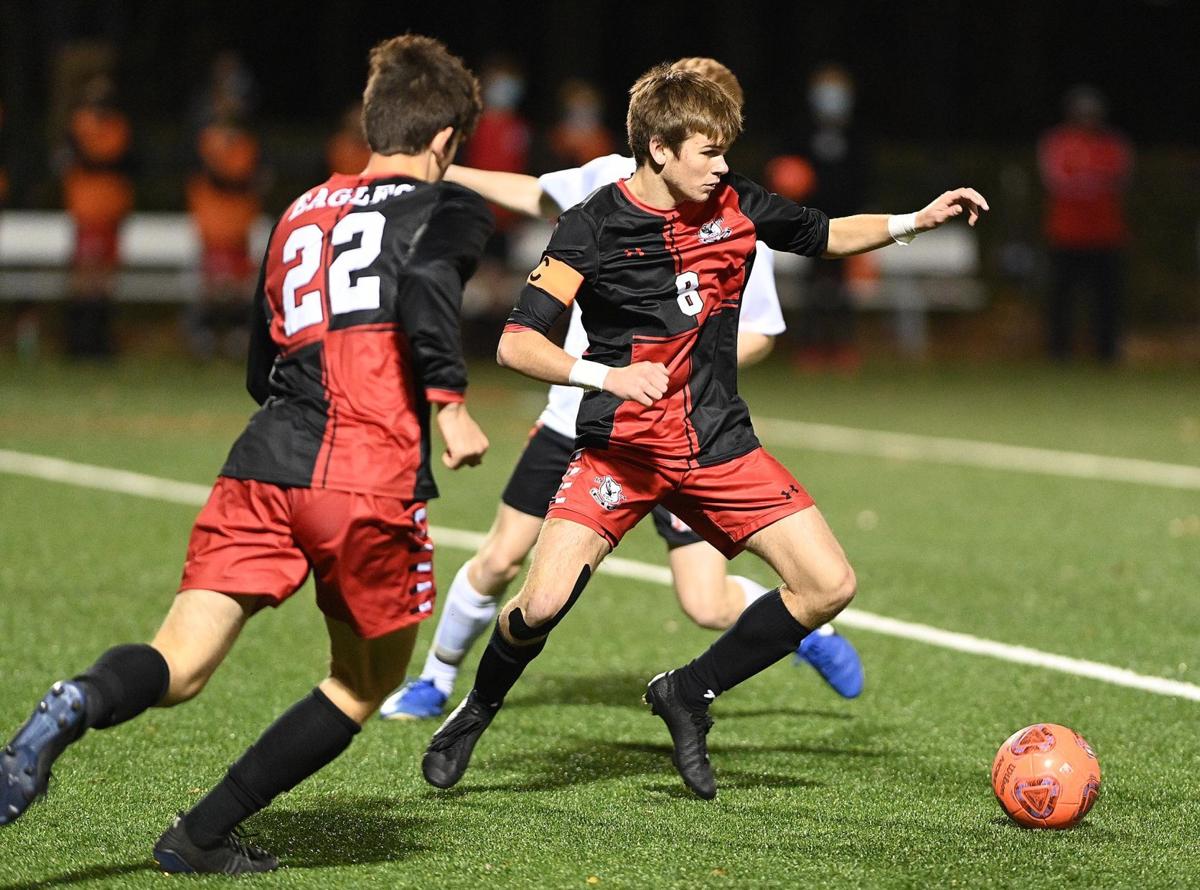 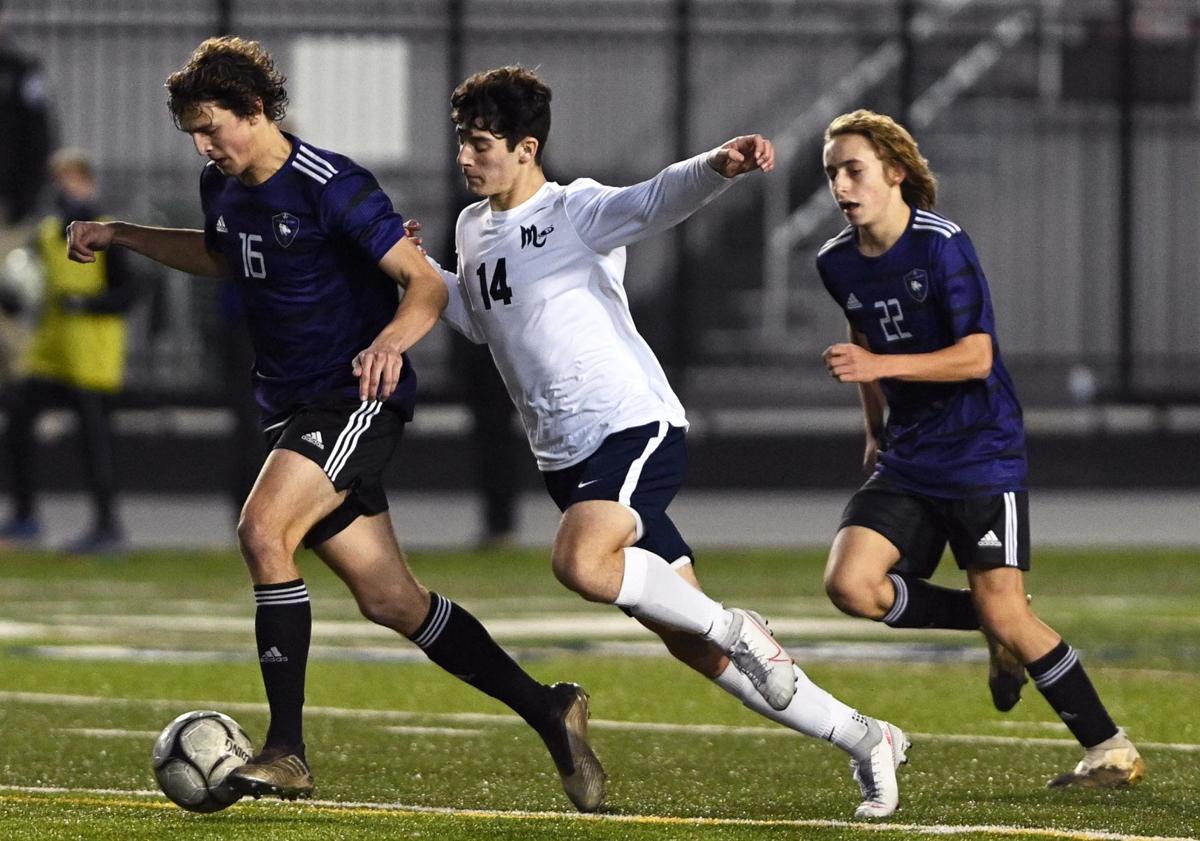 Northern’s Shepard Soisson, left, was the co-leading scorer for the team with 22 goals. 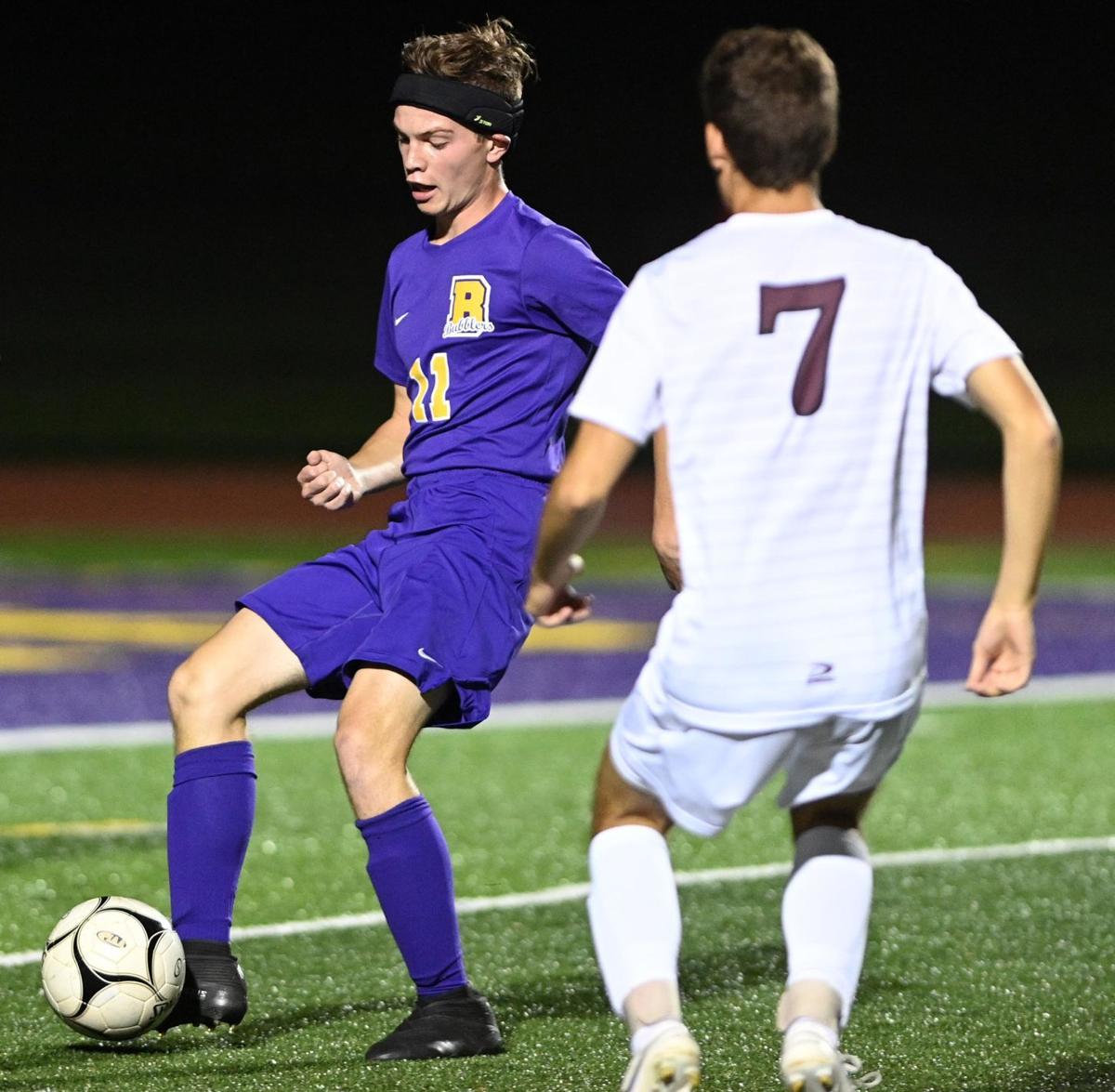 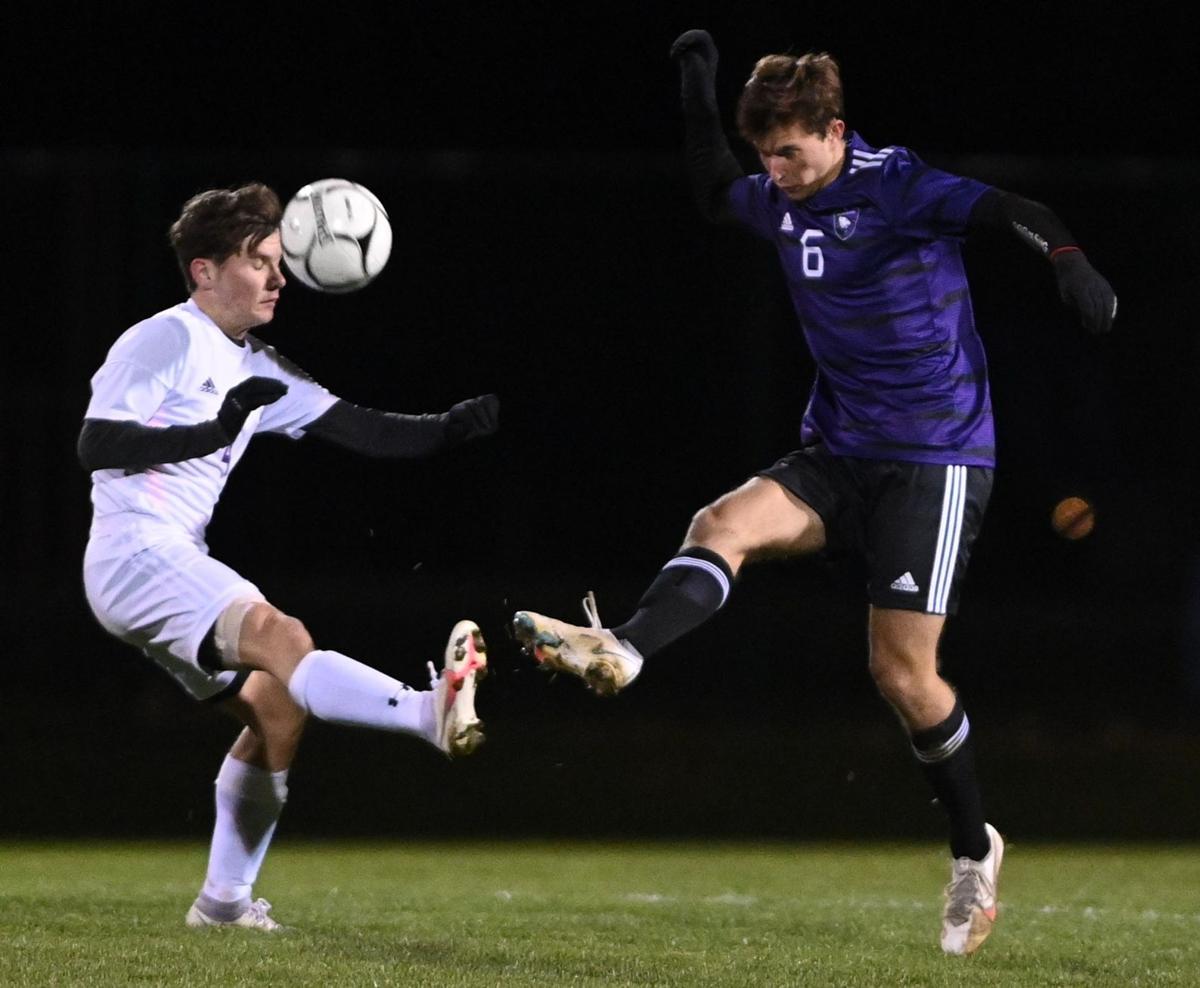 Northern’s Ian Hall, right, allowed only 16 goals to pass through the defense in 21 games. 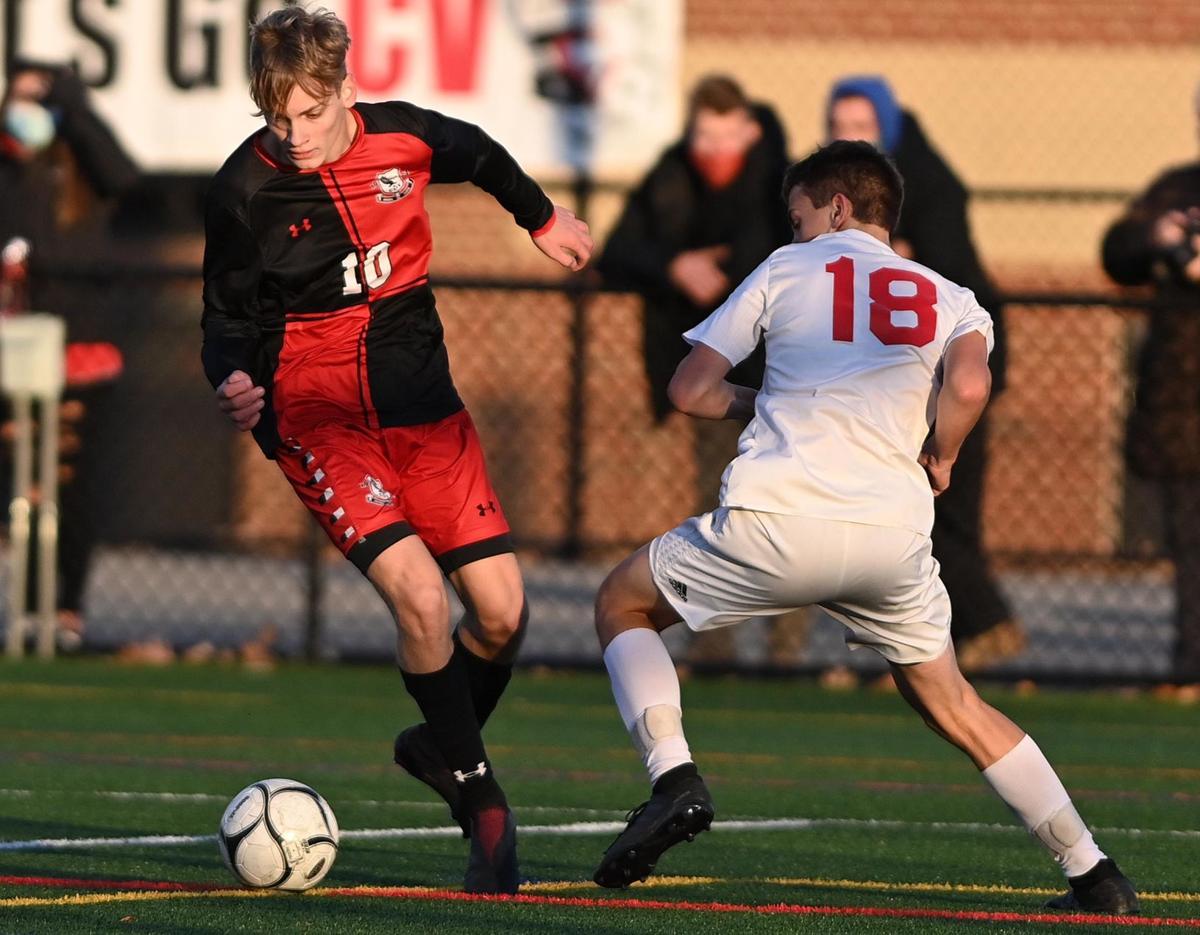 Cumberland Valley’s Samuel Lundblad, left, was a big part of the Eagles' success this season. 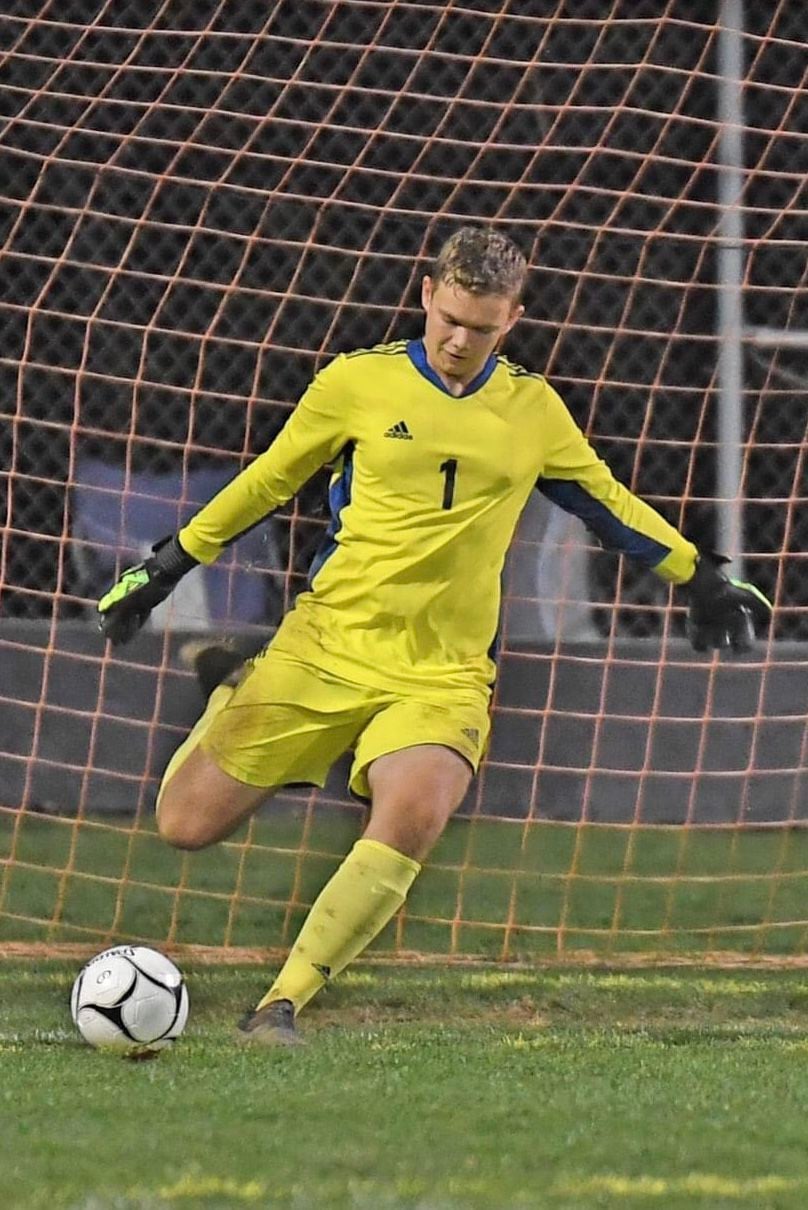 Northern's Josh Hoffman finished the season with a 0.7 GAA and 10 shutouts. 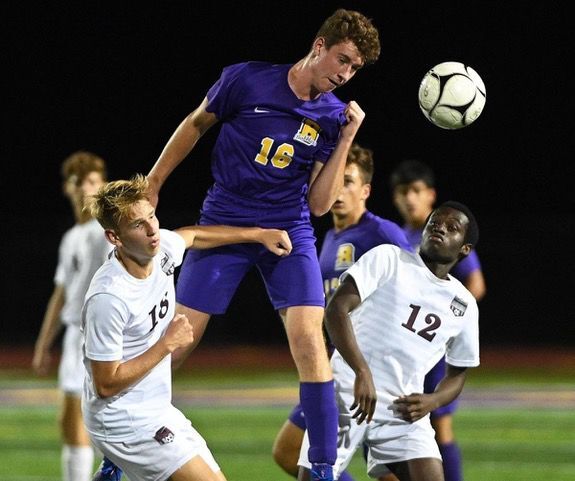 Boiling Springs' Brady Olsen led the Bubblers with 14 goals and was a huge threat up front in their historic run.