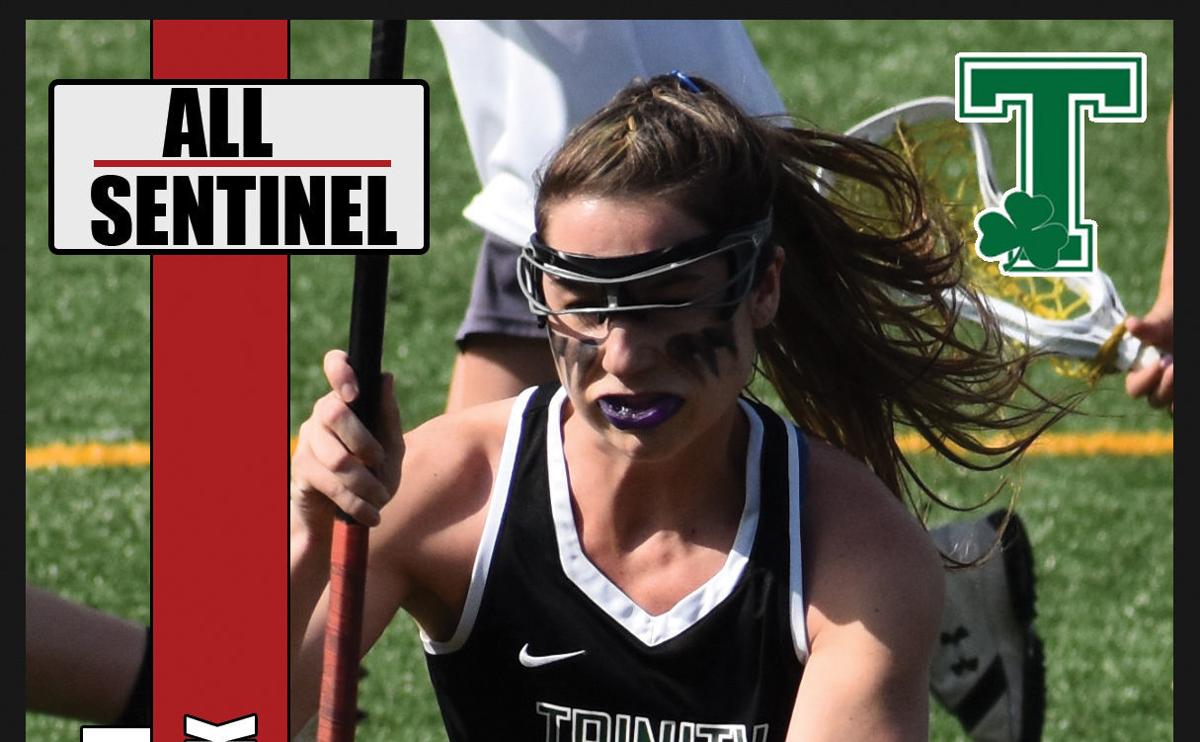 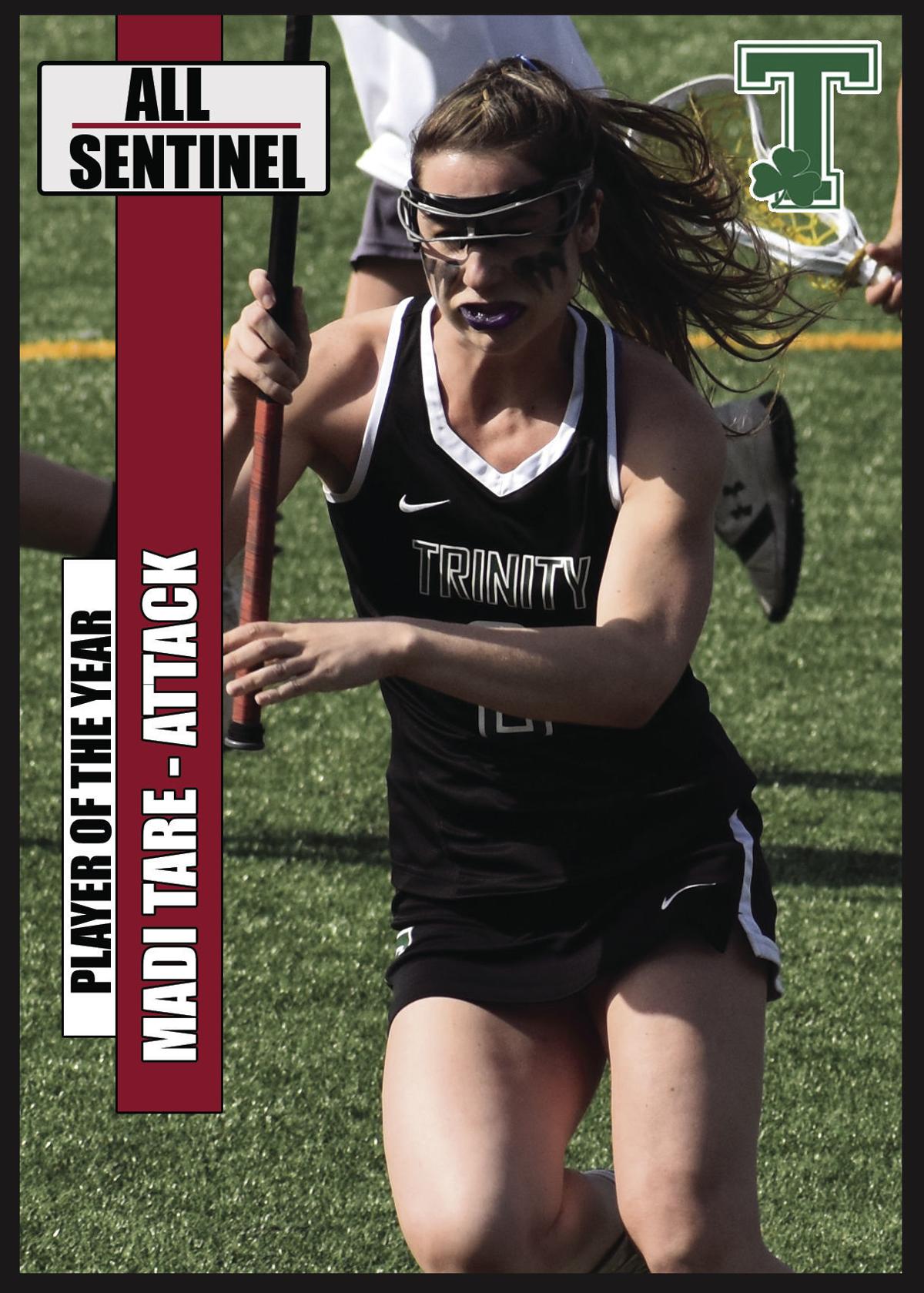 Players of the Year

Madi Tare, sr., attack, Trinity — Head coach Alanna Stuart sung high praises of Tare throughout a four-year career — and for good reason. Tare’s work ethic had her going to camps and practicing for hours just to make herself better every day in the sport she focused on in her older years. She was a force on the field and was one of the Mid-Penn’s best playing either attack or midfield. She hit a few milestones to conclude an excellent career: over 300 career goals (371) and 400 career points (493). In her final season she produced 125 goals, 21 assists and 35 ground ball controls. She’s off to Florida Southern College to study international business in the fall. 2018 All-Sentinel Co-POTY.

Emily Savini, Cumberland Valley — In her second year at the helm of the Eagles, Savini knew what to expect and how to handle her team. She taught them how to be more confident and to help each other — something that helped the team become an absolute force in the Mid-Penn Commonwealth and finish without a loss in the division (6-0, 14-6 overall). The Eagles were the Mid-Penn runners-up and fell in the first round of the District 3 Class 3A tournament. Savini has a retooling ahead of her after eight seniors graduated.

Jordan Kulp, sr., attack, Cumberland Valley — With 61 goals and 61 assists this season, Kulp was one of the best producers for the Eagles and in the area. The IUP commit knew where everyone was on the field and could spot openings in no time. 2018 All-Sentinel First Team.

Cora Bubb, sr., attack, Northern — Bubb tallied her 100th career goal in her final high school season and remained a force on the front line for the Polar Bears. She ended the season with 55 goals and seven assists. 2018 All-Sentinel Second Team.

Amanda Ernst, sr., attack, Mechanicsburg — Around since the inception of the program, Ernst became perhaps the Wildcats’ best players in its early history and the first to reach 100 career goals. She ended her final season with 42 goals, 56 points and 44 draw controls. Mechanicsburg's 6-12 mark this year is its best ever. 2018 All-Sentinel Honorable Mention.

Kyra Place, sr., midfield, Cumberland Valley — There’s a reason Place has been one of the best for the Eagles through her four years. The UConn commit tallied 76 goals and 62 draw controls in her final season and long ago cracked 100 career tallies. 2018 All-Sentinel Co-POTY.

Nina Burns, jr., midfield, Northern — Along with teammate Bubb, Burns also notched her 100th career goal. And she still has another season left in Dillsburg. She and Bubb were the driving force for the Polar Bears, and Burns ended her junior season with 59 goals and five assists. 2018 All-Sentinel Second Team.

Kayla Reifsteck, sr., midfield, Carlisle — Reifsteck was the player that drove Carlisle’s offense this season. Her fluid movements on the field made it difficult for defenders to bottle her up. She ended her senior season with 29 goals, 38 ground balls and 26 draw controls. 2018 All-Sentinel Honorable Mention.

Emily Bowman, sr., defense, Cumberland Valley — As the leader on defense, Bowman knew what to do to shut opponents down. She ended her final season with 33 ground balls and eight goals to boot. 2018 All-Sentinel First Team.

Lanie Lissner, sr., defense, Carlisle — Lissner is a solid defenseman and integral for the Thundering Herd's back line all year. She had 28 caused turnovers to end the season and tallied 34 ground balls. And if you need her to score, she can make some magic happen — two goals and an assist. 2018 All-Sentinel Honorable Mention.

Becca Winton, sr., defense, Carlisle — Although not a goal-scorer, Winton is a pure defensive force. She can easily shut down the offense and can force the play along, tallying 28 ground balls and three interceptions.

Mackenzie O’Haver, jr., goalie, Northern — Always a solid choice for guarding the goal, O’Haver has continuously shown that she is one of the best at what she does. She recorded her 500th career save this season and ended her junior year with 185 saves and a .513 save percentage. 2018 All-Sentinel First Team. 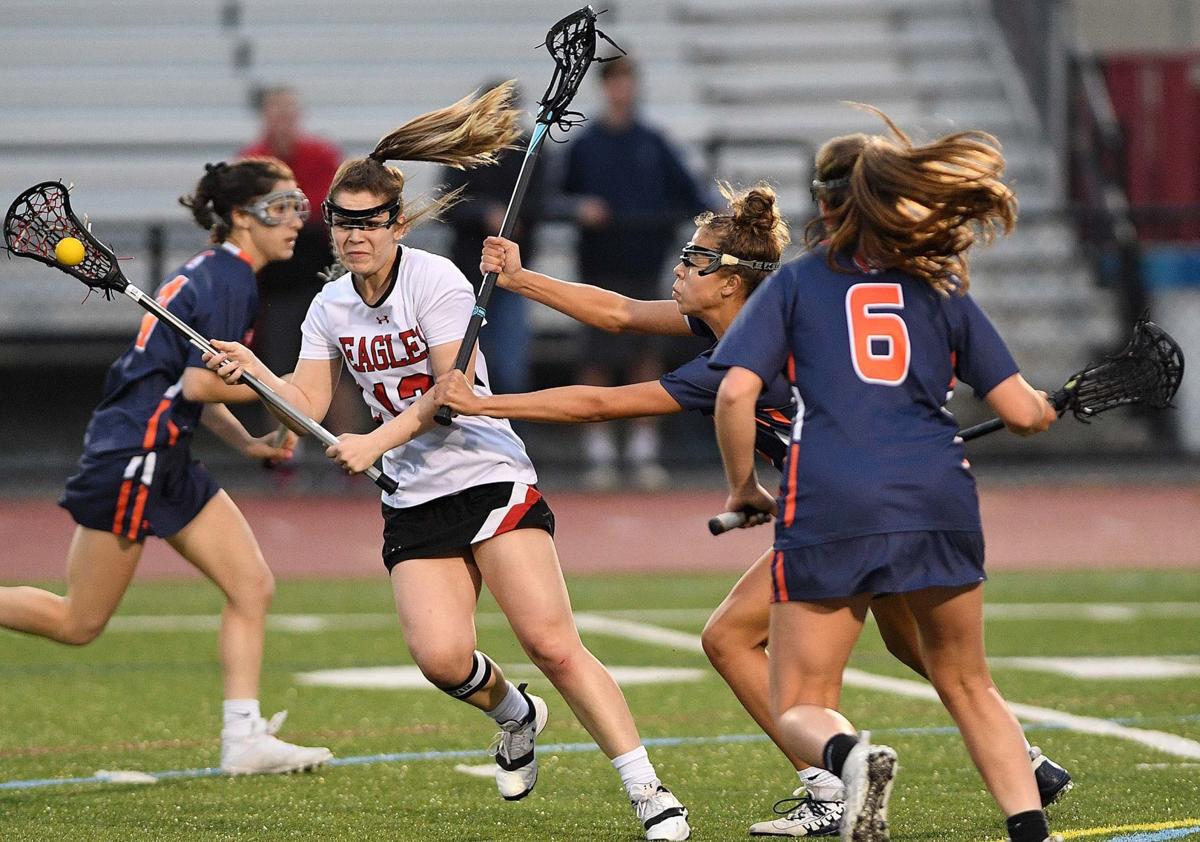 Cumberland Valley’s Jordan Kulp, left, was a terror to defend against this season with 122 points. 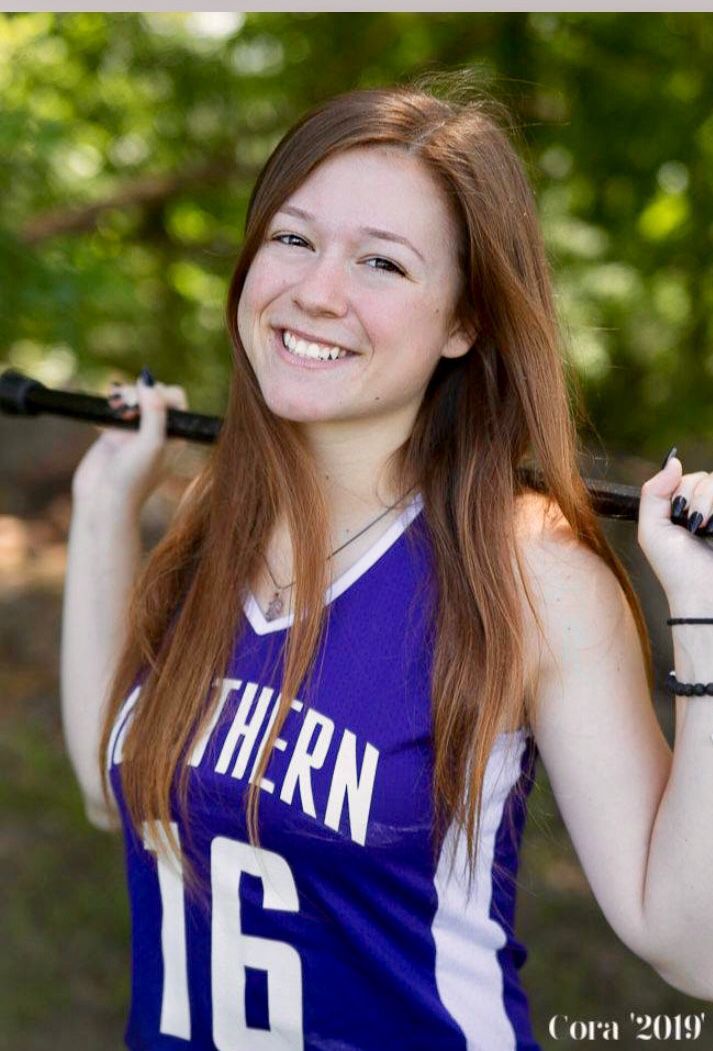 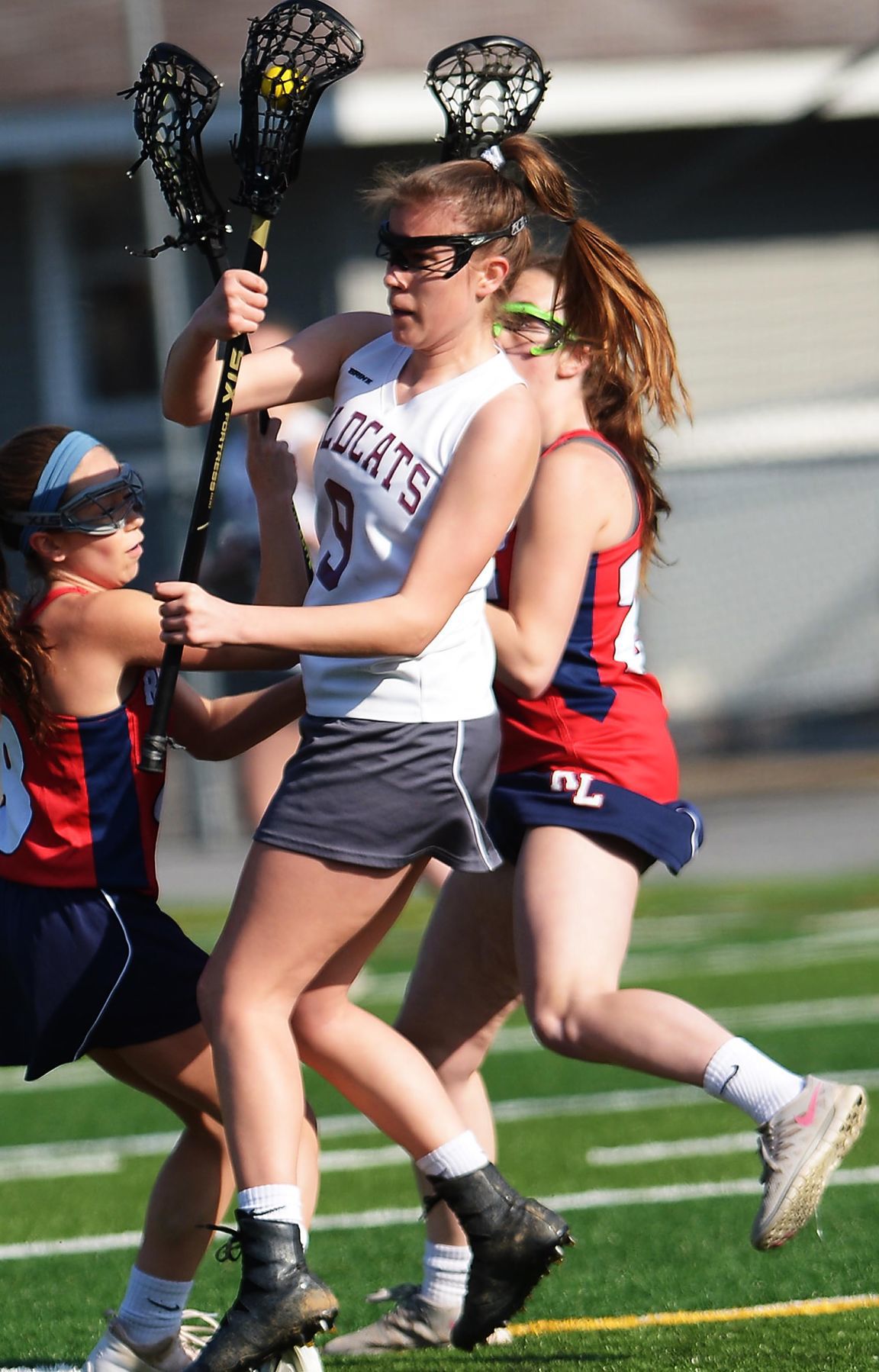 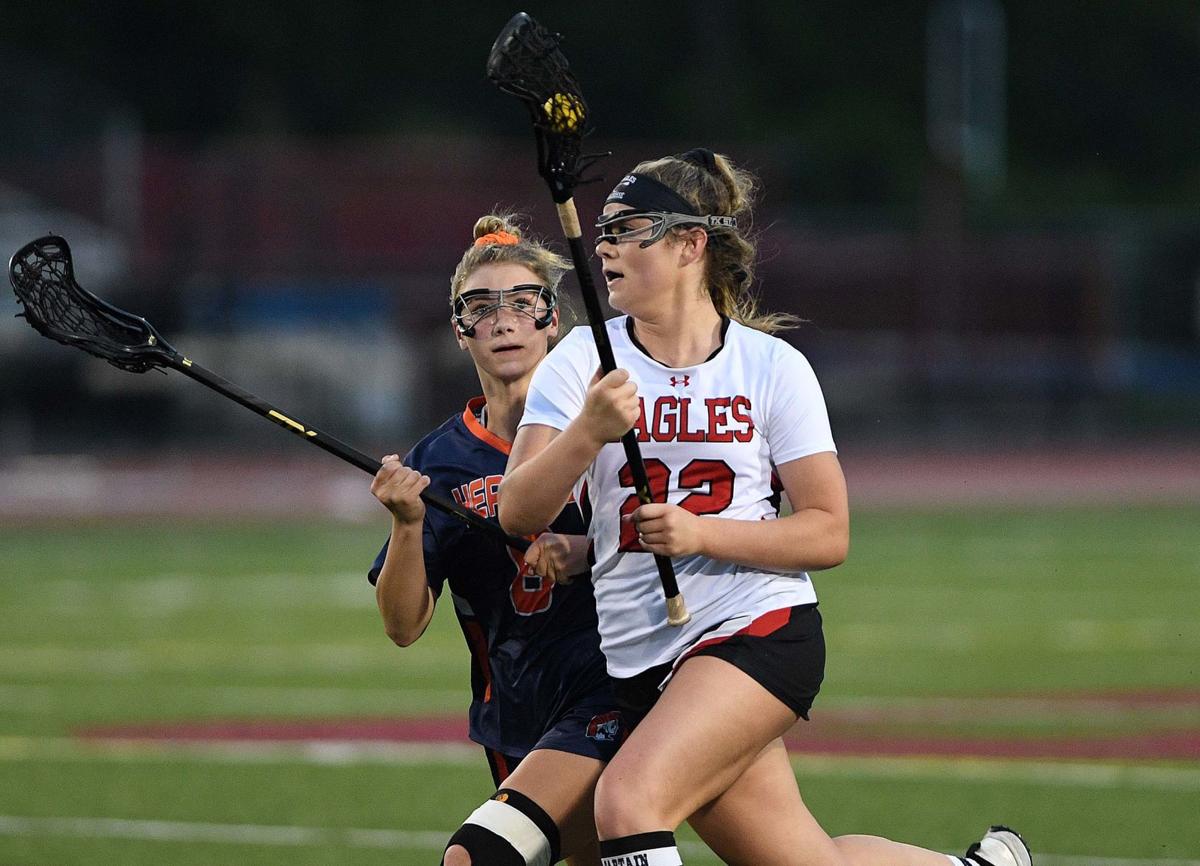 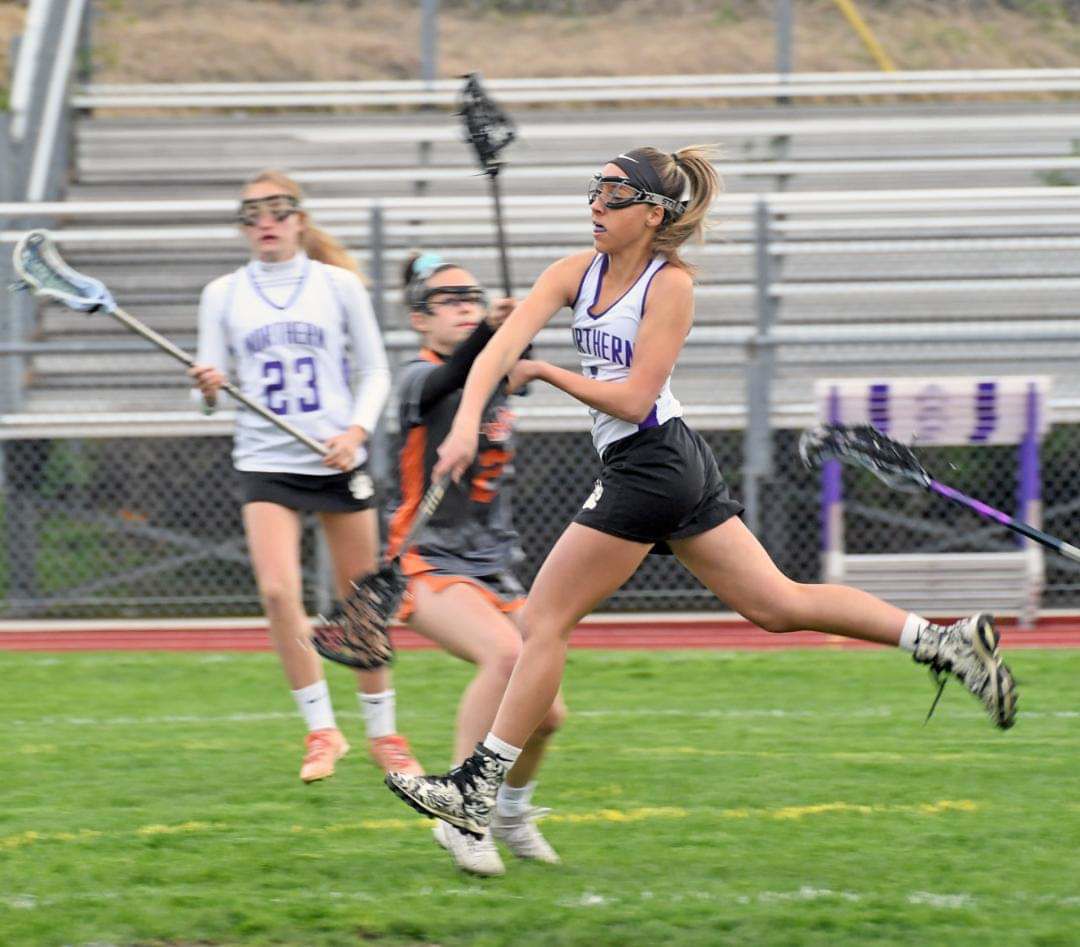 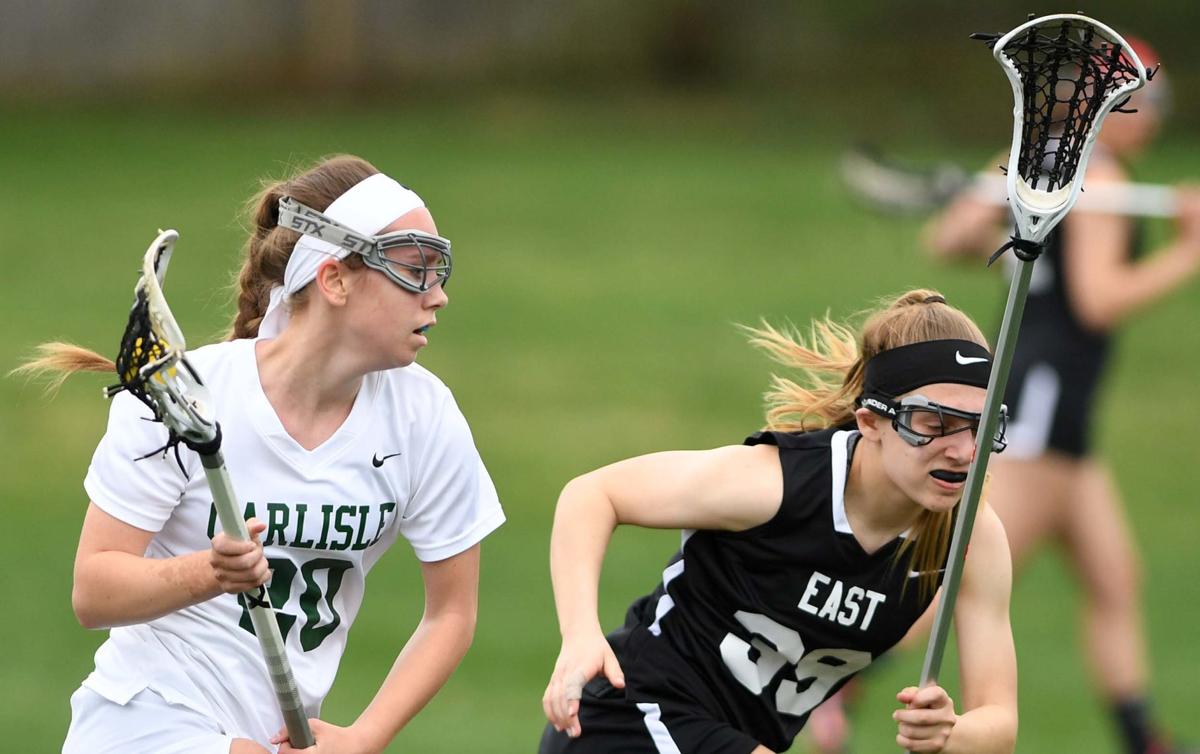 Carlisle’s Kayla Reifsteck, left, was a driving force for the offense this season with 29 goals and 38 ground balls. 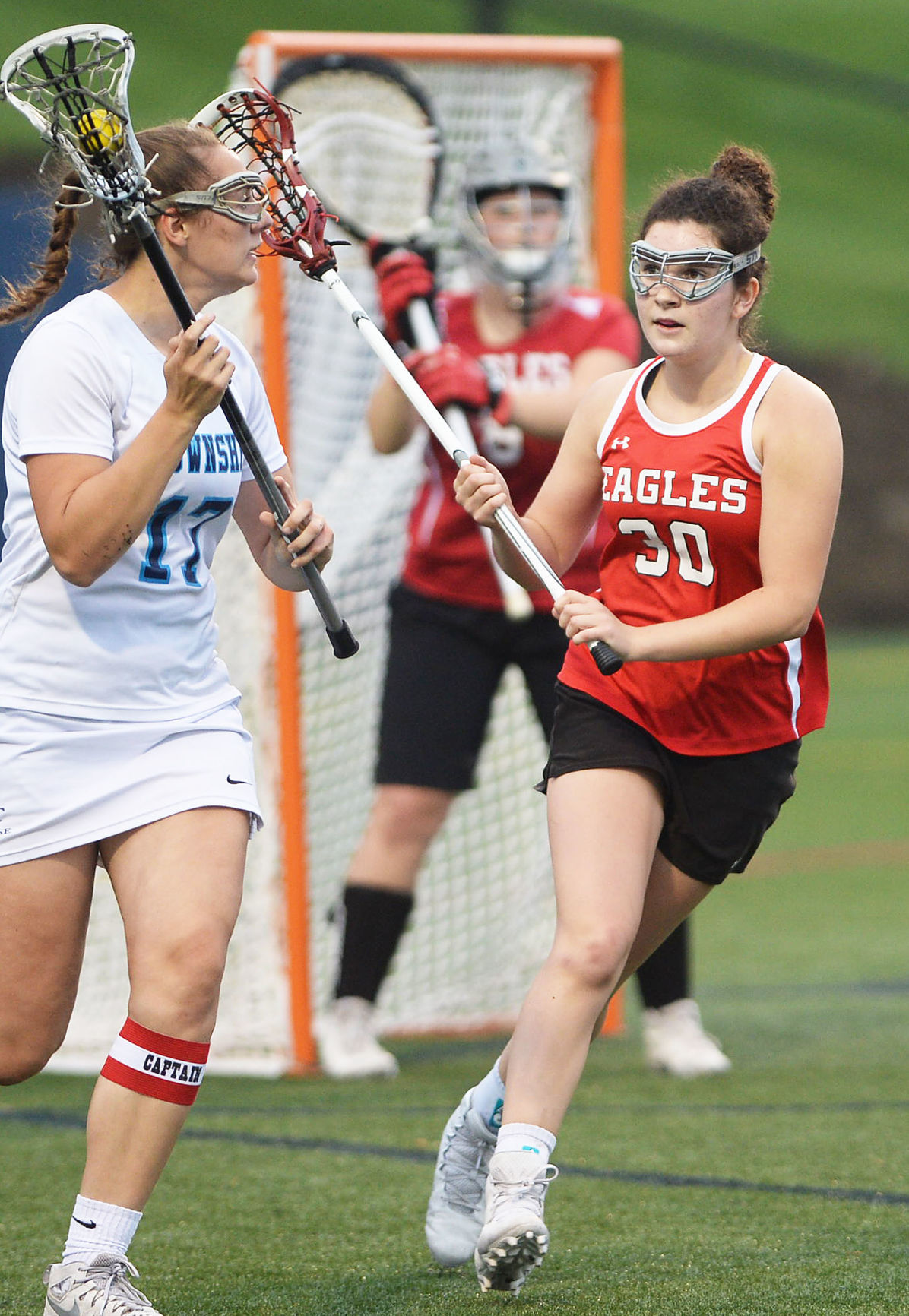 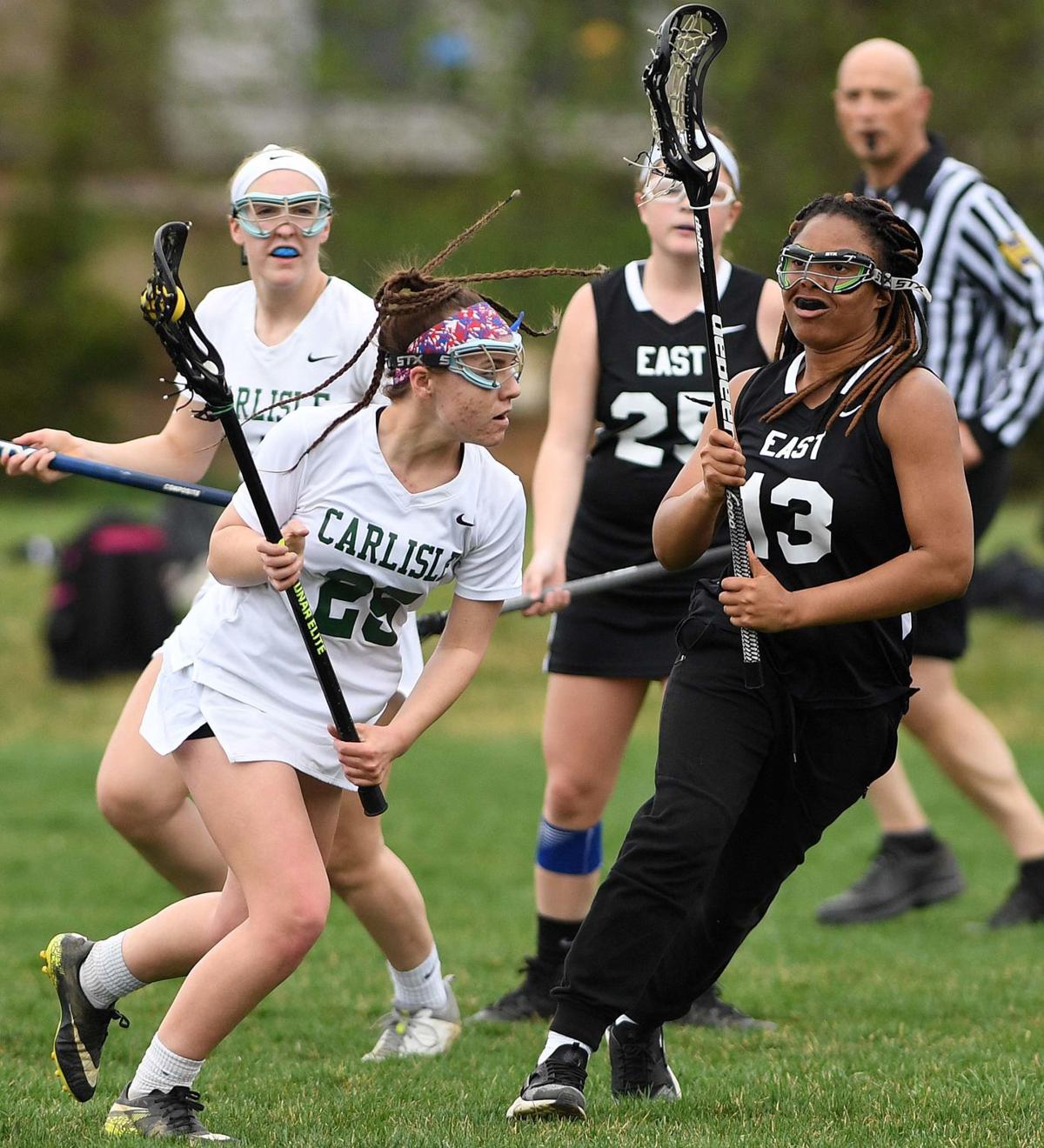 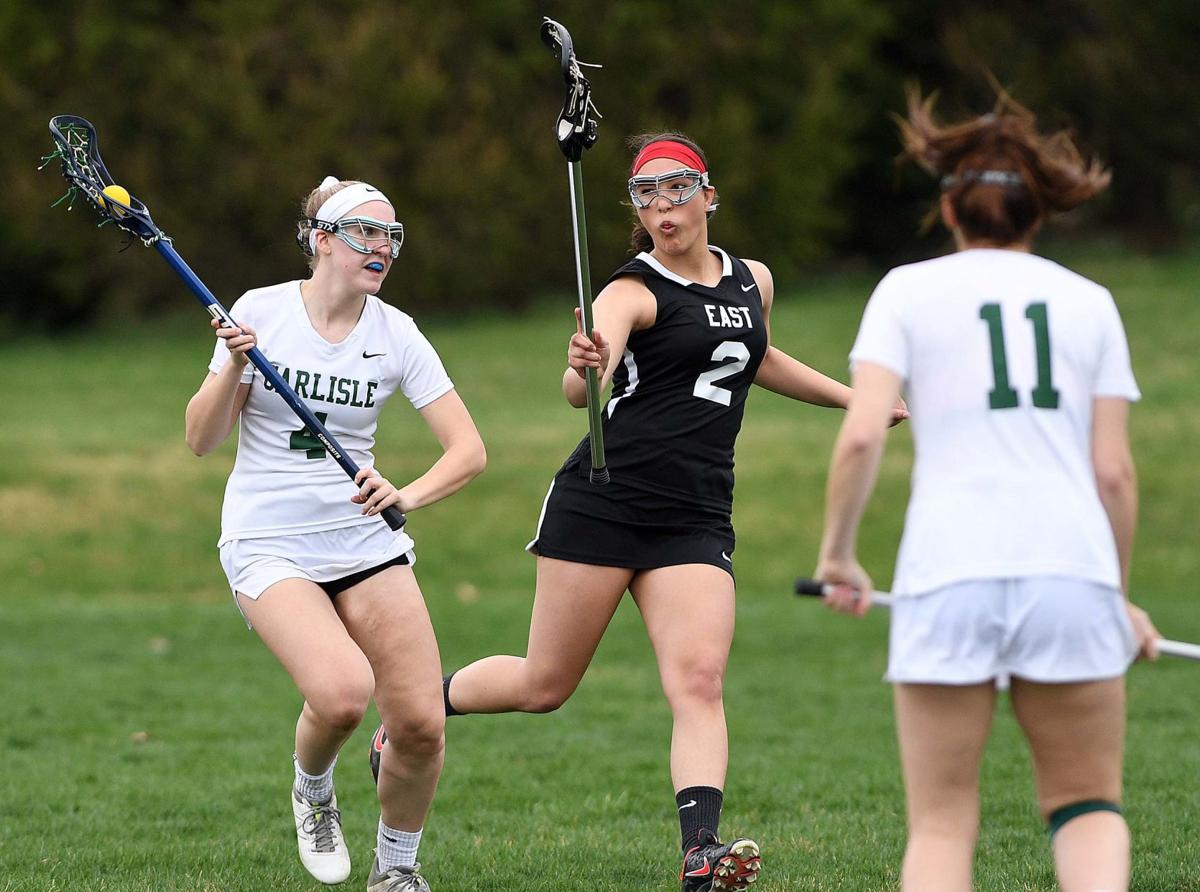 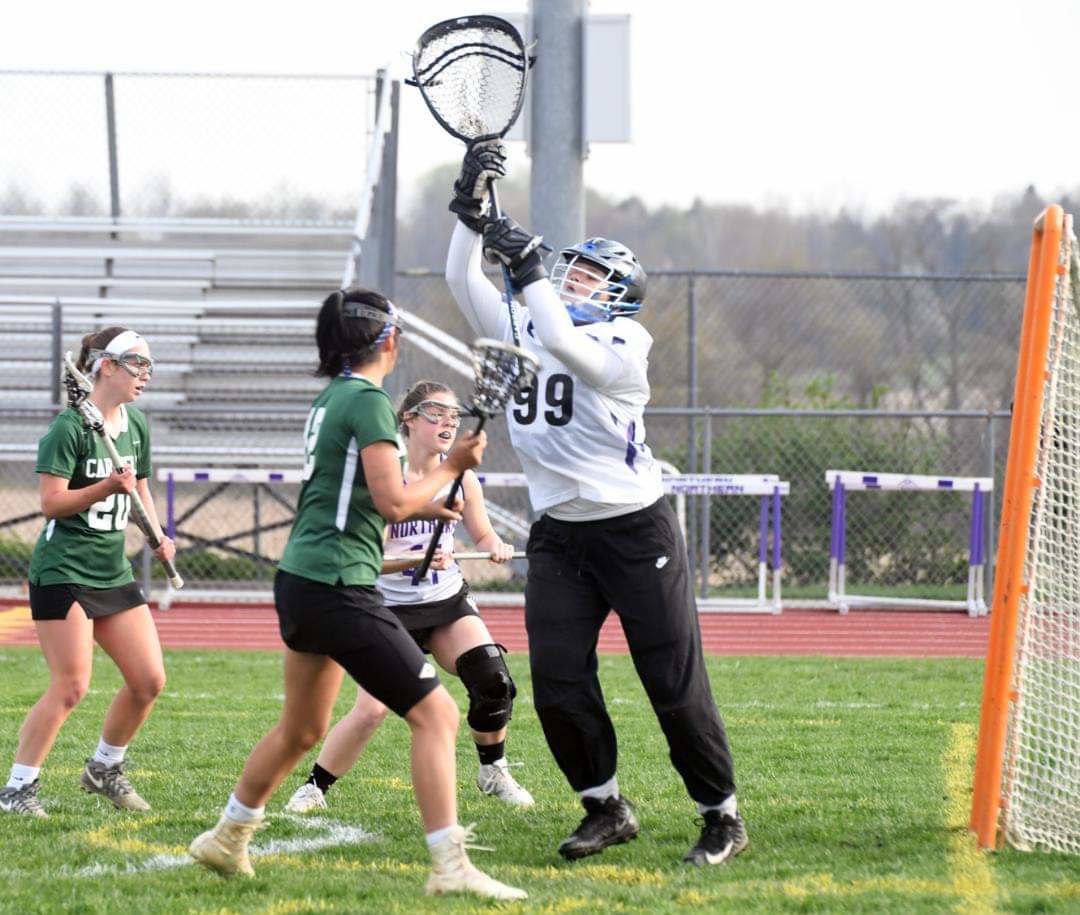 Northern's Mackenzie O'Haver had 185 saves and a .513 save percentage to end the season. 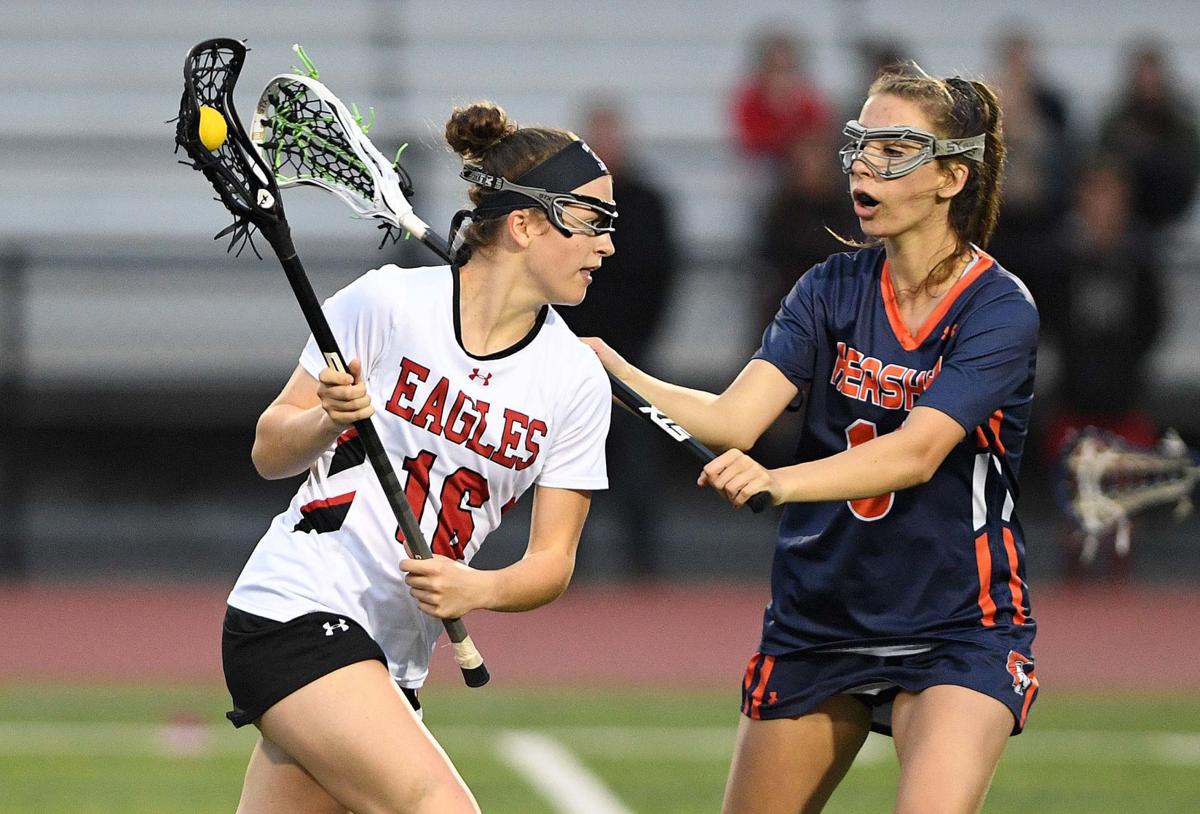 Cumberland Valley’s Claire Gerlach, left, was a big part of the senior class that was so dominating for the 2019 season.