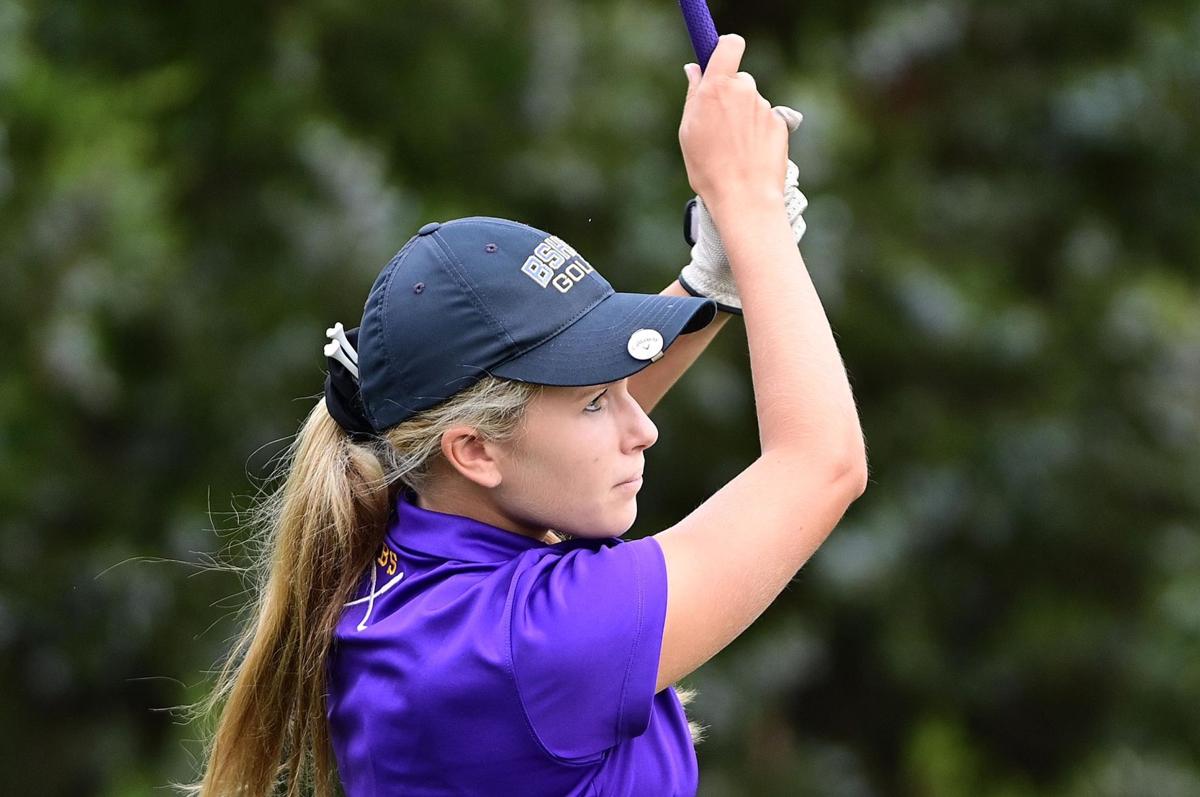 Boiling Springs’ Brooke Graham shot a 79 in the District 3 Class 2A team championship, securing the Bubblers their first ever title. A day later she carded an 82 to win their first individual gold. Graham heads to the PIAA Class 2A championships with a chance to add to that medal haul. 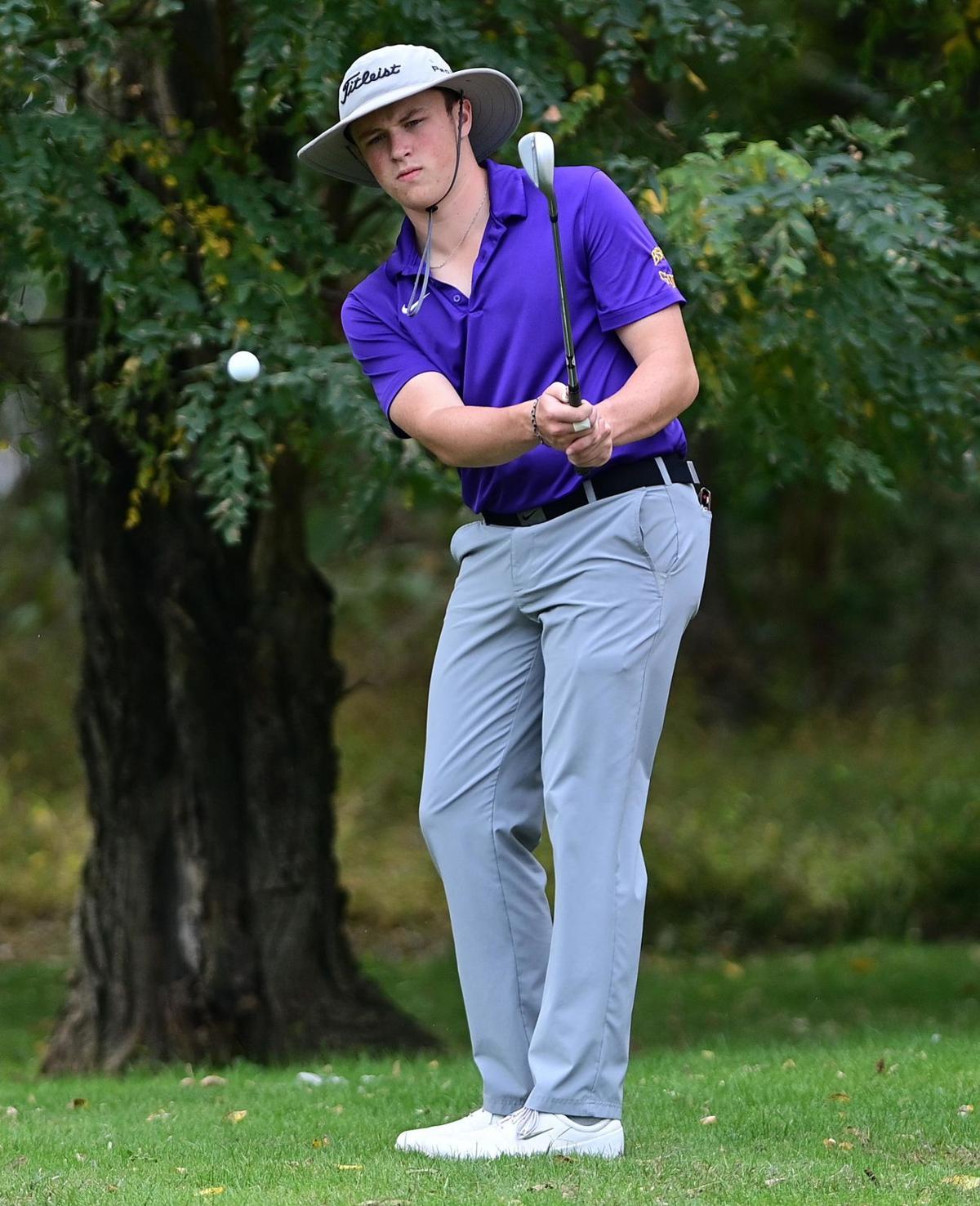 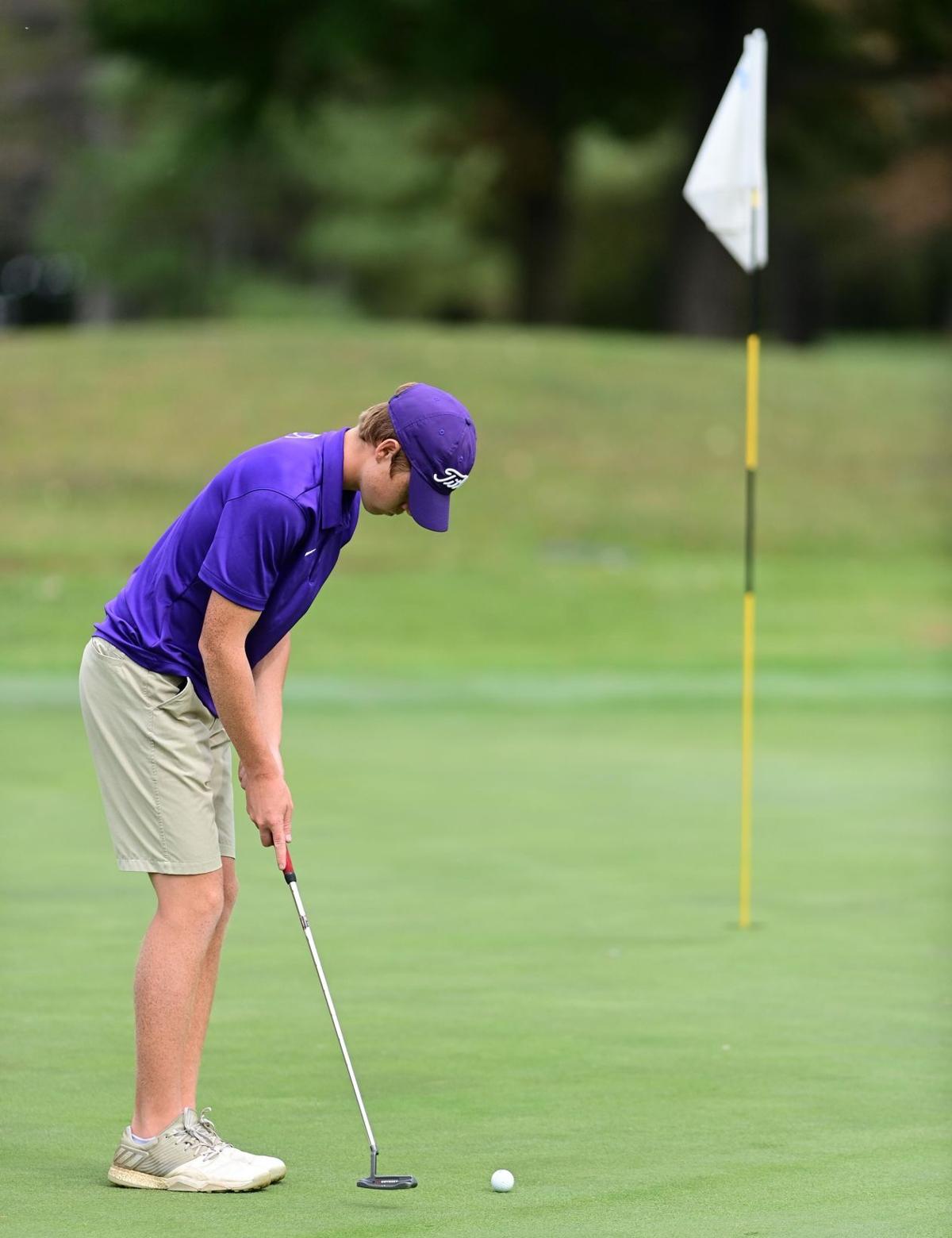 Boiling Springs’ Drew VonStein said he finally realized until "we won districts that we could actually make a run" in the postseason. That run continues Oct. 24 in the state championships.

Sometime midway through his round at Briarwood Golf Club last weekend, Boiling Springs senior Drew VonStein looked at one of his teammates.

The two golfers had been struggling during the District 3 Class 2A Boys Golf Team Championships. So, they figured their team was out of the running for the team title.

Later, after VonStein carded his 85 for the day — a round that started rough with a quintuple bogey on No. 3 but ended with birdies on three of the last six holes — and his teammates also wrapped up, he looked at the live scoring.

Josh Hiles finished with an 87 and Aiden Johnson-Walsh had just posted a 78.

To VonStein’s surprise, the Bubblers were not only within striking distance of the program’s first district championship, they were ahead by quite a bit with one of their best golfers still on the course.

“We were winning by 10. We almost kind of looked at each other like, ‘Wow,’” he said during a Zoom interview this week. “[And] Brooke was still playing.”

That would be Brooke Graham, the sophomore standout who in just two years has become one of District 3’s top golfers.

“I had no idea what was going on,” Graham said during the same Zoom chat. “You could’ve checked the scores of what was happening, but I decided not to know or not even ask. I knew my mom knew, and she was just cheering me on. And whenever she says, ‘finish strong,’ it means there’s something on the line, you just gotta keep going. So she kept on saying that, so I was like, ‘Oh, no, that means it’s getting close.’”

Graham didn’t let it get all that close. Over the last five holes she finished plus-3, and the Bubblers easily held on to beat Berks Catholic by 11 strokes for the team’s first title.

"It was truly awesome," VonStein said. "To win districts as a sophomore and you still have two more years is crazy. She ended solid, we were all watching her, it was a lot of pressure for her and it didn’t even seem to faze her."

A day later, Graham doubled up, shooting an 82 to pair with her Day 1 79 and win the girls 2A individual championship by four strokes.

Boiling Springs had never won a district title of any sort in golf. Within 24 hours, the Bubblers had two.

It has been a run like no other for the program, one that actually started a year ago when the Bubblers won the Mid-Penn Capital Division title.

They didn’t qualify for districts in 2019, but the regular season success hinted at future glory.

“I think after our last match in the division when we officially won the division ,because last year when we didn’t actually have the chance to go to districts and prove ourselves, we really made sure that this year to practice even harder to have a great chance of making it to win districts,” said Graham, who who placed 16th at the 2019 state championships as a freshman.

Head coach Jim Lithgow said the players took it upon themselves in the offseason to practice hard and come ready to play in 2020 — even after COVID-19 temporarily shut down courses and threatened the status of high school fall sports. It’s a good thing the players did, because a condensed three-week schedule once the Mid-Penn agreed to start competition after Labor Day allowed little time for Lithgow to work with the team on flaws.

“They put all the time in offseason,” he said. “Golf is not a sport you want to try to get in shape during the season, so the kids have to get ready before.”

Even still, the Bubblers didn’t go into this season considering themselves District 3 contenders. Sure, they wrote that down in their preseason team meeting goals, which also included defending their division title, but chalk that up to a team aiming high.

“We thought there was a slight chance, but we weren’t sure it was gonna happen,” Graham said.

And then there was the ever-present pandemic.

Boiling Springs, like every team, had few practices. And the players were mostly just thankful to be on the course in any capacity — even while missing multiple days of class some weeks. Claiming postseason hardware was a fleeting thought … until it was within reach.

“Yeah, we didn’t really realize until, I think, we won districts that we could actually make a run, [that] actually we were solid,” VonStein said.

“I mean, yeah, you always wanna win, but I still think we’re just gonna go out there and play our game, and whatever happens, happens,” VonStein said.

Graham won’t speak those same words. She believes so strongly in “bad juju,” as her coach called it, that she’s reticent to even be asked how she and the team may fare in the coming weeks. She doesn’t want to jinx anything at all — which is why she won’t even look at the scoreboard during a round.

Graham will be challenged in the girls individual championship. Five of the Top 10 finishers from last year return, including reigning champ Lydia Swan (North East) and silver medalist Vileska Gelpi (Rockwood). Graham finished with a two-day total of 187 last year, 36 strokes behind Swan.

“I think Brooke has got the perfect demeanor for golf. She’s really low-key, she doesn’t get upset about shots,” Lithgow said of the sophomore who also played JV field hockey last fall during the golf season and spent the summer working with Manada Golf Club golf pro Scott Yeakle. “She practices very hard, and she’s very good at being focused on making herself better.”

The Bubblers, one of six teams to qualify for this year’s state championship, also face an uphill battle as a public school going against some of the state’s top private school powers. Reigning PIAA champ Sewickley Academy has not been as dominant in the WPIAL this year but still won the league title Thursday, and last year’s second-place team, Scranton Prep, again qualified for states.

PIAA Golf: Trinity's James Ulsh closes with impressive back nine to tie for third in boys Class 2A championship

The August humidity is in full force, the rain continues to dump across the Midstate and that means the 2021 high school golf season is knocki…

Boiling Springs’ Brooke Graham shot a 79 in the District 3 Class 2A team championship, securing the Bubblers their first ever title. A day later she carded an 82 to win their first individual gold. Graham heads to the PIAA Class 2A championships with a chance to add to that medal haul.

Boiling Springs’ Drew VonStein said he finally realized until "we won districts that we could actually make a run" in the postseason. That run continues Oct. 24 in the state championships.