It’s been four years since the inception of the then-controversial first week of the PIAA football season.

The scheduling change first appeared in 2016 as an option for Pennsylvania high school football teams to start their season. In doing so, they would give up one of their two preseason scrimmages, instead playing the regular season opener a week early and opting for a bye week later in the year.

The optional start lasted two seasons before District 3 expanded its playoff field before the 2018 season to 44 teams. That increase forced teams that wanted to play a full 10-game regular season to start on Week Zero and play without a bye week. Every Mid-Penn Conference team did so last year and will again in 2019.

(Editor’s note: The Sentinel refers to Week Zero as Week 1 in most contexts considering every District 3 team now begins its season on the same week.)

Week Zero is here to stay.

Unlike two years ago when an early start was optional, every team is now in “the same boat,” Carlisle head coach Brett Ickes said.

That provides every team equal footing once heat acclimation week begins — the unofficial start of the fall sports season.

Football teams now have one heat acclimation week where they cannot wear full pads or tackle and one full-contact practice week followed by a scrimmage that weekend. Monday acts as the official start of regular season practices as they prepare for Aug. 23’s opening kickoffs.

Teams also have months of offseason weight lifting and other opportunities to teach during the nearly nine months they don’t play a regular season game.

“We had several skill-development sessions a week over the summer,” Mechanicsburg head coach Anthony Rose said. “So we were able to get a jump-start, especially offensively, with what we wanted to put in.”

“I don’t mind it,” Cumberland Valley head coach Mike Whitehead said. “A lot of the stuff we’re doing we do in the summer anyway in terms of installation.”

That’s one facet that’s changed, most coaches said. Scheme installation takes on more importance over the spring and summer, meaning the first weeks of fall practices are more about reinforcing those lessons rather than actually introducing them.

Brad Zell, Boiling Springs’ second-year head coach, works with his defensive coordinator, Gregg Williams, to maximize what they get out of the offseason. The two, who joined the Bubblers together from CV, are elementary school teachers used to teaching small groups. That has shaped how they work with the football team in the months leading up to August practices.

“We have done a lot of breaking things into smaller groups,” said Zell, who added the team’s offseason lifts are typically followed immediately by each position group learning plays and scheme. “And the basis of how we teach in a classroom is small-group learning.”

Shippensburg’s longtime head coach, Eric Foust, doesn’t mind the new setup. A proponent of limiting contact during August to begin with, Foust said he tries to use heat acclimation week to reinforce all the offseason teaching.

The first week, to him, is about making sure all the lessons have sunk in. With no hitting, he can bring the players along mentally first, then physically get them used to contact a week later.

“It’s easier to learn this way than when you’re trying to get hit,” Foust said.

“But I think it’s forced teams to go into that approach — it’s safer for the kids this week. … You get a whole week where you don’t have to contact anybody, you can teach, you can learn.”

Whitehead did have one suggestion, if he were to make the rules — to tweak heat acclimation. He’d like to see heat acclimation last three or four days, and teams could then have a full-contact practice to end the first week.

“Just one day just to get them hitting and then recover over the weekend from feeling those bumps and bruises,” he said.

A race against time

All of that’s great if you’ve been coaching the same team for years and all of the players know the system like the back of their hands.

But what about new coaches?

Especially for the latter three, all first-time Mid-Penn head coaches, the compressed preseason posed a challenge.

“Last year it was really tough,” Zell said. “Our backs were against the wall. This year I feel a little more comfortable. It really does make it difficult for teams that don’t have a great offseason program or smaller schools that have to share athletes — it really makes it difficult for them to do a lot in the offseason when you’re missing half your team or whatever.”

“A lot of the stuff this year has come a lot easier than it did last year,” Rose said. “Yeah, we’re tweaking a few things this year, but it’s definitely running a lot smoother. … I feel much more confident going into that [first scrimmage].”

Sinkovich, who is also the Big Spring athletic director, took over the Bulldogs in the spring. He said the tight schedule won’t be an issue as he learns more about the team and they learn from him.

“I don’t think so, because we have the heat-acc week,” he said. “Most teams now I think have so much offseason that once you get there, you’re kind of ready to go.”

Coaches also agreed the condensed schedule could pose a challenge to a team that’s dealing with a lot of graduations the year before and is going through a rebuild. If there are a lot of new players taking in a lot of new information, time can be of the essence.

“There are some years past where I would’ve really liked to have had more time, but I didn’t,” Foust said.

Carlisle is one such team. The Thundering Herd is breaking in four-fifths of its offensive line, a new quarterback and most of its defense, including the entire backfield. There are several spots featuring underclassmen as starters — and freshman Ezekai Thomas is a likely starter at cornerback this year.

Ickes said he’s simplified the offseason approach on both sides of the ball to not overwhelm his players mentally.

“We’re gonna do some basic things offensively and defensively,” he said. “You don’t wanna confuse, you don’t want them standing still trying to think. That’s bad.”

For new coaches or coaches with an inexperienced roster, losing half of their scrimmages can compound the issue.

“I think it’s definitely a little detrimental,” Rose said. “Obviously that first scrimmage you’re gonna have stuff you gotta iron out. And then you have your first game the very next week — it’s hard to get everything ironed out in that point in time.”

Before, several coaches said they used the first scrimmage to get as many players on the field as possible to see them in live action. The coaches used that information, plus the next few practices, to set a preliminary starting lineup for the second scrimmage. That second scrimmage was important for determining who that starting 11 on each side would be for Week 1.

That’s no longer the case. Whitehead, among others, said teams now have to project their starters more before that one and only scrimmage. There’s still a chance to tweak in the practices after that, but largely he tries to have his starters picked out by that game.

“The chances of trying to get those guys looked at in a scrimmage setting doesn’t happen,” Whitehead said. “We try to get everyone in … just not what we’ve done with two scrimmages. … [The players] have to show [they should start] in practice the week before.”

But it’s not the first- or second-string guys who are at the biggest disadvantage, several coaches said. It’s the young players fighting for a spot on special teams.

“Our younger kids scrimmage on a different field than us,” Foust said. “It’s really hurting young kids’ opportunity to get on the field for special teams.”

Head coaches get around this by relying even more on their assistants to scout that other scrimmage, and to provide additional scouting to the head coach during practices. Teams are making more collaborative decisions than before, because the head coach can’t see every player as much as they could years ago.

“As the head coach, I really have to depend on my assistants more,” Zell said.

There is an advantage, at least to some coaches: health. One less game means players are less likely to get injured in the preseason. Some teams may enter Week 1 healthier. And saving teenagers from the wear and tear of a second scrimmage is good for them over the course of a long season.

“Let’s be honest, these kids are beating the crap out of each other on a weekly basis,” Zell said. “So for them to have one less game is good for them. For the coaches, it puts a little more pressure on us to find out who can do what we need them to do.”

“We just need to get [to the first game] healthy,” Foust said.

All Mid-Penn teams kick off the 2019 season Aug. 23 at 7 p.m. Week 10 of the regular season is Oct. 25, with Altoona at Harrisburg closing the season Oct. 26. The District 3 playoffs begin the following week in all six classifications this year.

Sentinel/4th Down Magazine 2019 Football Previews: Breaking down each Mid-Penn team ahead of opening kickoff

The 6-foot, 200-pound speedster picked a preferred walk-on offer from Penn State over several other Division I offers.

Lineman Landon Billman will reunite with his former running back, Bryan Malone, at Millersville next season. 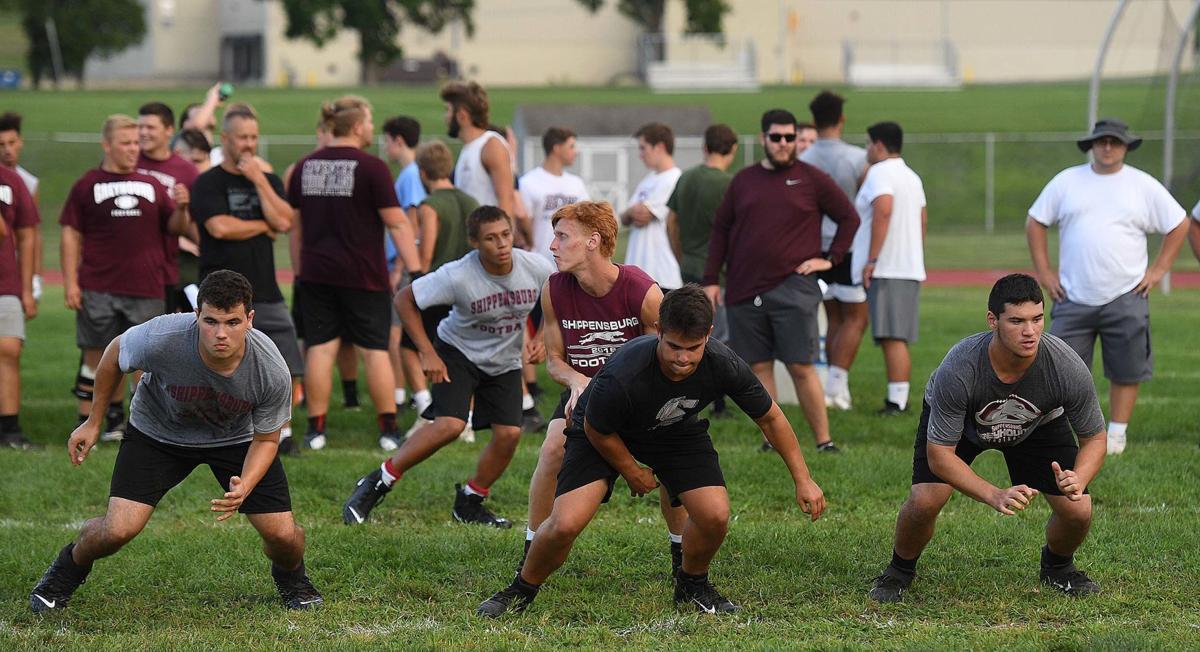 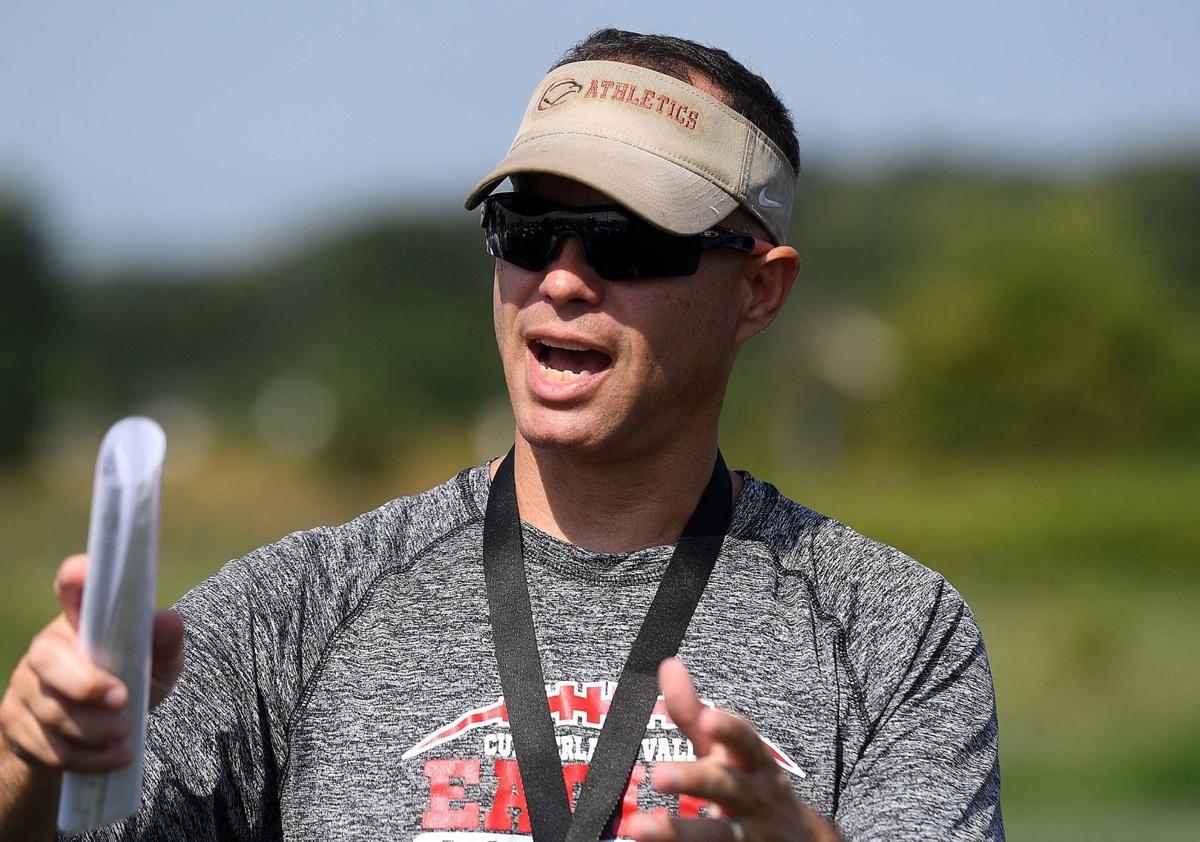 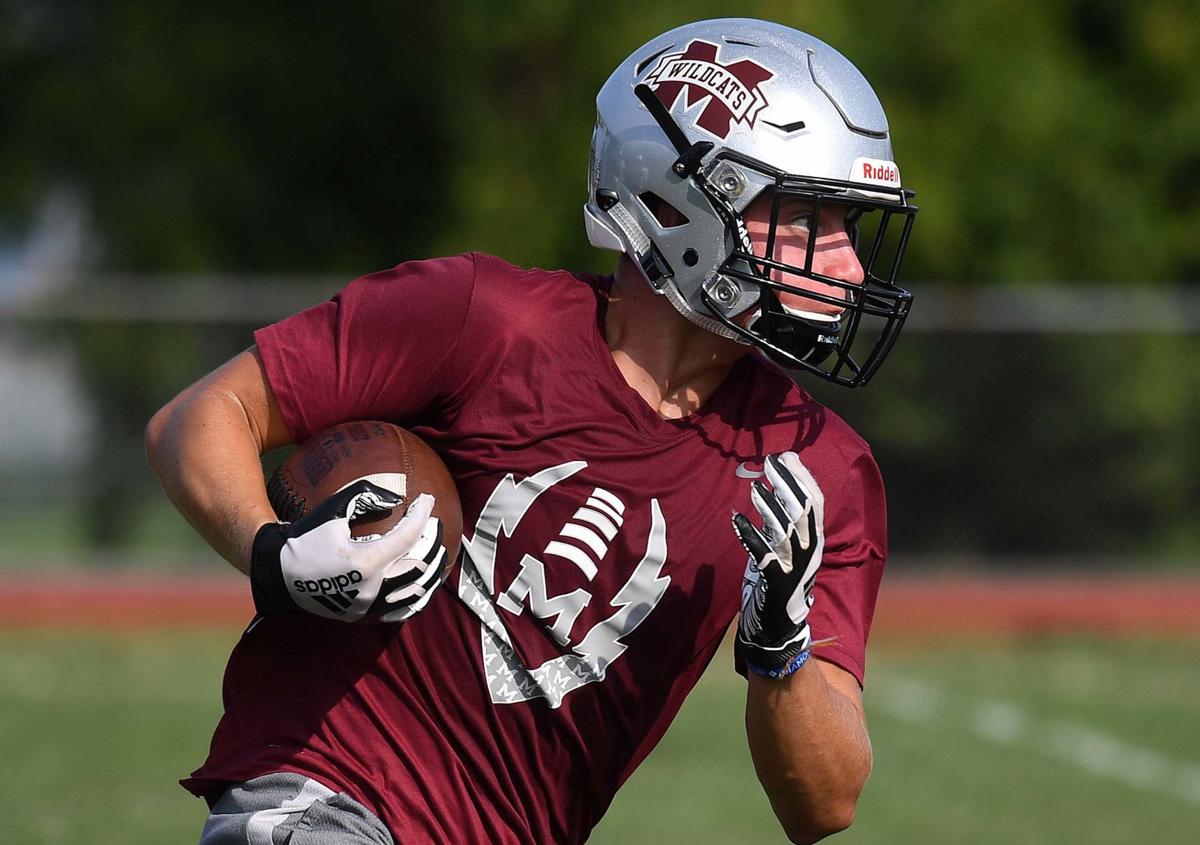