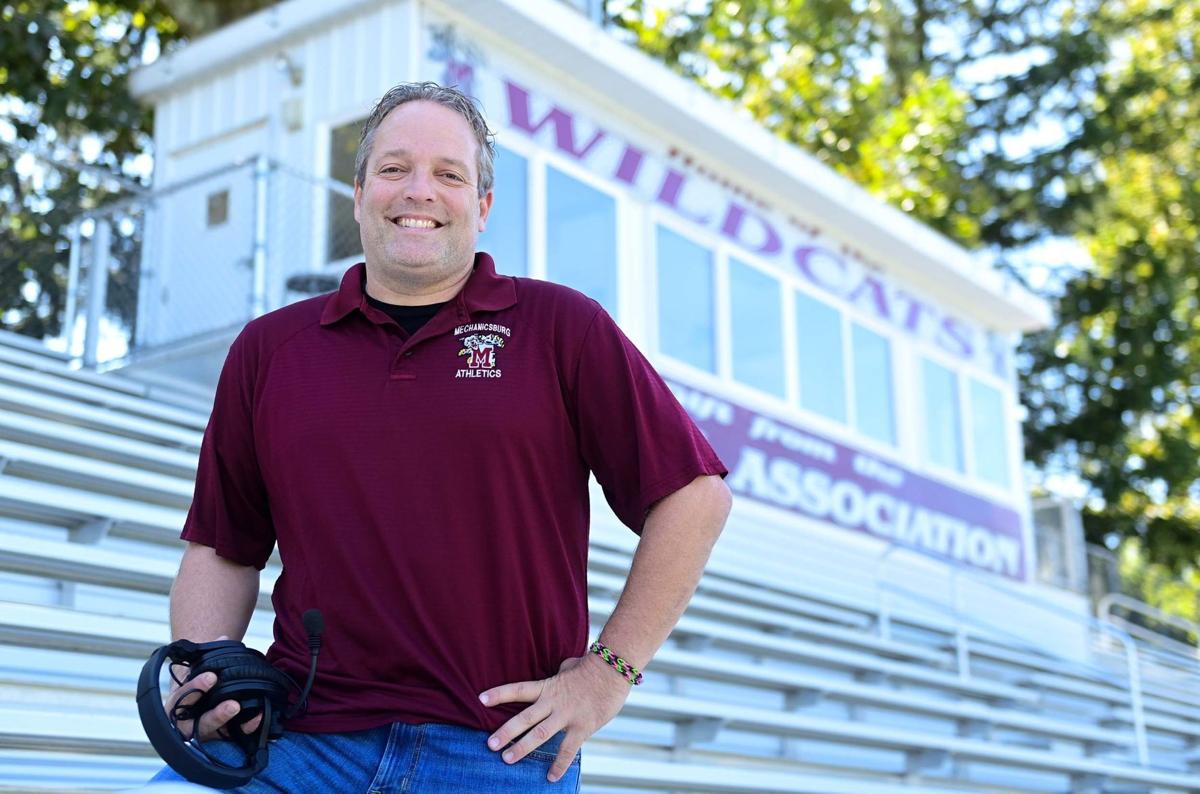 Mechanicsburg is one of a handful of schools that will have a broadcast team this fall to complement its video livestreams during the pandemic. Mike Garland will handle play-by-play. He'll have a booth-mate in Dave Harris, who will handle color commentary. 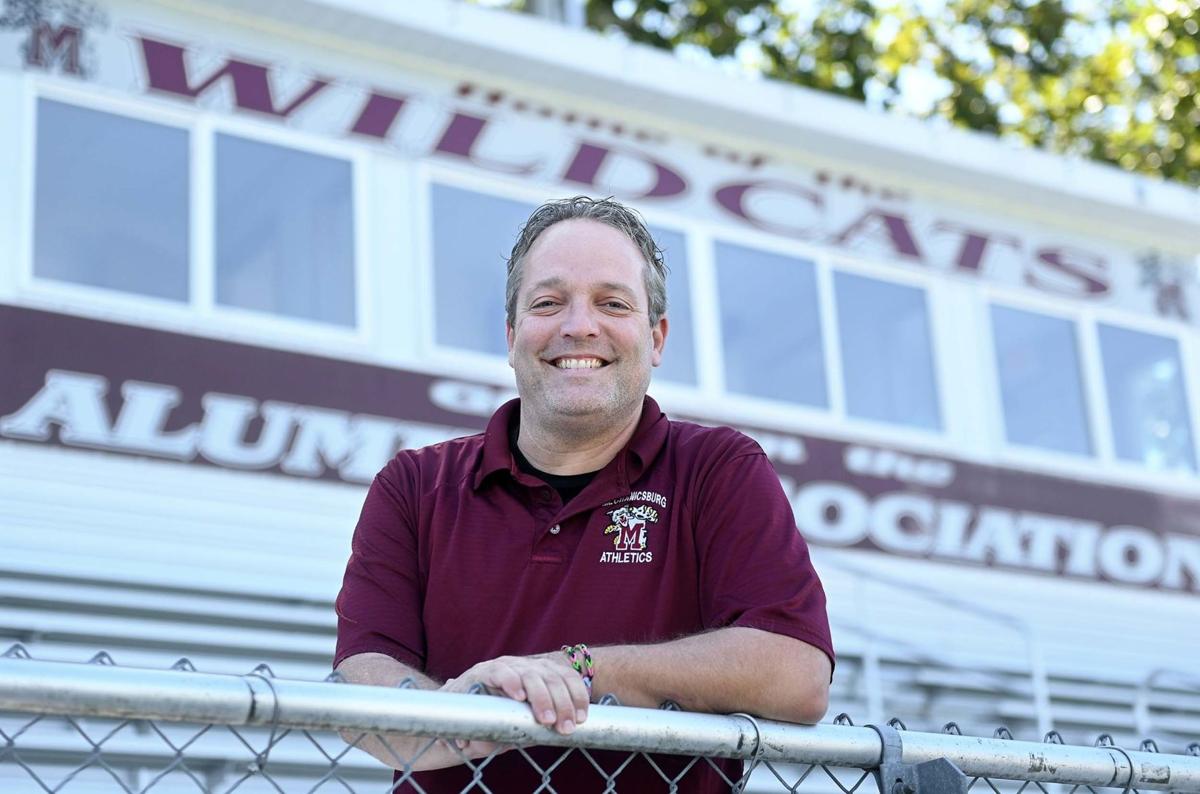 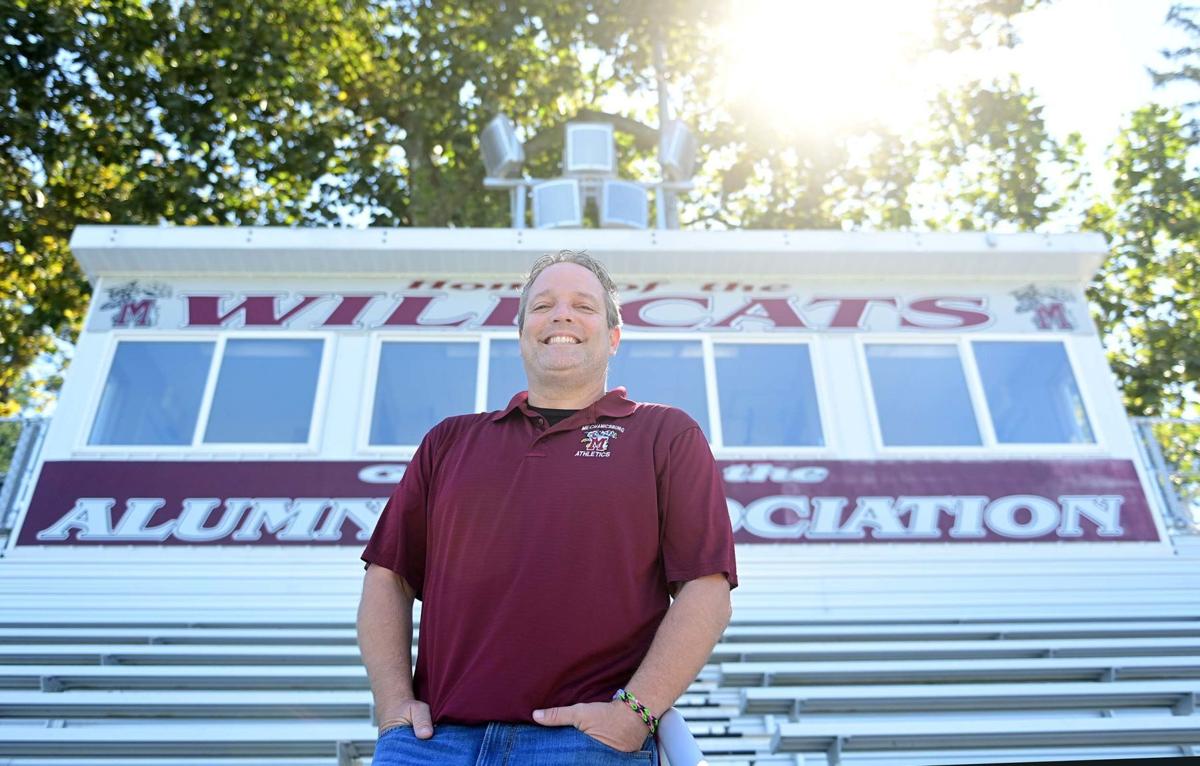 Mike Garland called Mechanicsburg football's two scrimmages this month in preparation for the regular season, which kicks off Friday, at John H. Frederick Field, when the Wildcats host West Perry. 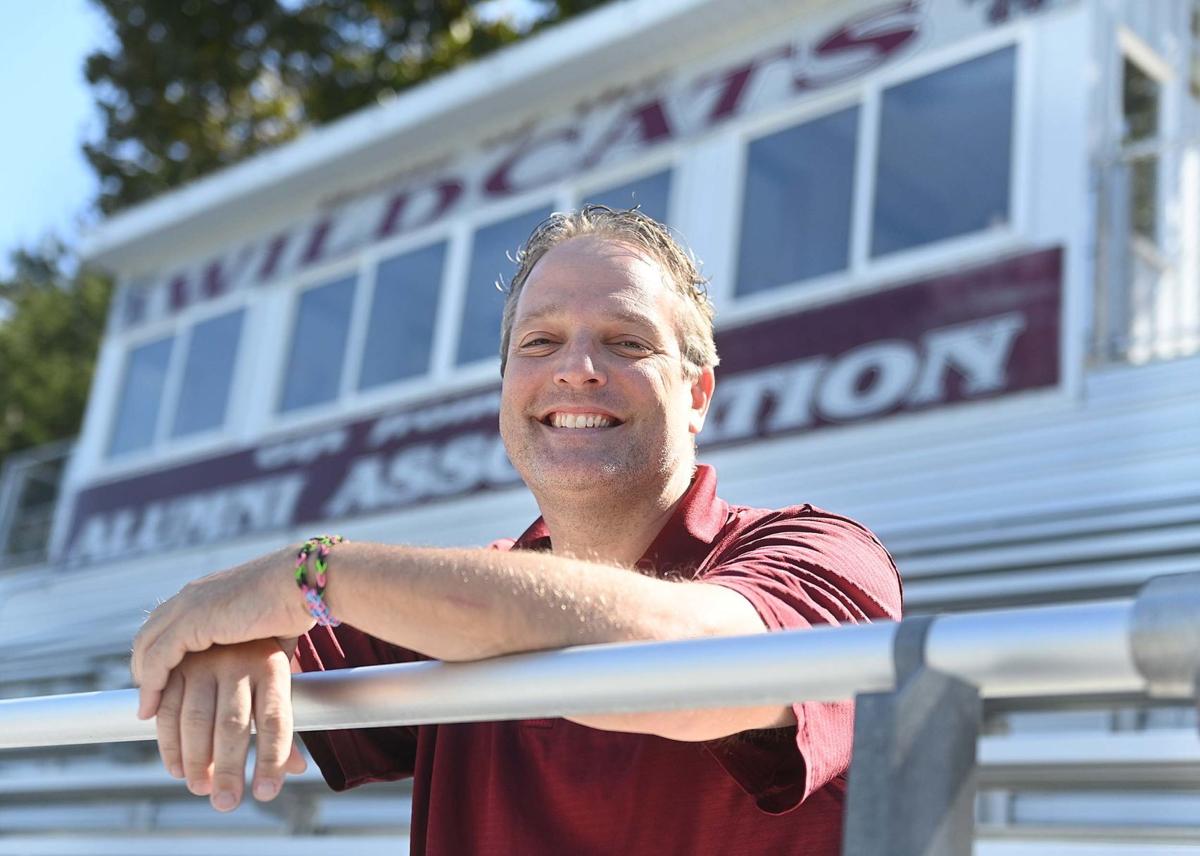 The digital age of high school broadcasting has officially arrived.

High schools across the Mid-Penn Conference have quickly adopted livestreaming in preparation for a fall sports season that is about to kick off in earnest Friday, hastened by the coronavirus pandemic, which is forcing schools to limit the number of fans at many games.

At a minimum, many parents and fans not in the attendance can still watch from their phones, laptops or TVs. But some teams will have a little extra flair this year.

Mechanicsburg is one of the few schools that will have a football broadcast team consisting of a play-by-play man and color commentator to complement their streamed video. The Sentinel surveyed athletic directors within Cumberland County — Northern will also have a broadcast team for football consisting of Dale Reeder and Marc Anderson.

The Wildcats believe they have the perfect guys for the job.

Dave Harris will lead color commentary for the Wildcats, and Mike Garland will work play-by-play this season. Harris is currently the principal for Mechanicsburg High School and was a former football coach. Garland works with Carlisle Events as its media specialist and has a long list of credentials in sports media to boot.

However, most locals may know him as the voice of Boiling Springs football for the past nine years before moving over to Mechanicsburg this season.

Garland never imagined he would be working with the Wildcats anytime soon since they already had Ryan Hartman as the public address announcer. But, after building a relationship with athletic director Seth Pehanich and the athletic department, Pehanich reached out to him with an idea.

Mechanicsburg was looking to put more than just a regular stream together. They wanted to add broadcasters and ads into the mix.

“This year, with everything that’s going on, it took on a whole new angle,” Garland said. “Like every other school district in the area, Mechanicsburg was looking to present their events to the community. He presented his ideas, and I went to try and sell everything to companies for advertising.”

And according to Pehanich, Garland and Harris were the ones to make his ideas a reality.

“I have gotten to know Mike over the years as he has done some PA work for us for football and basketball games,” Pehanich said. “Last year he presented a radio opportunity to us for a home game as well as our playoff game, and the community provided a lot of positive feedback. Like many communities in our state, Friday nights in Mechanicsburg are something our town looks forward to for five nights in the year. Not being able to provide that this fall, our hope was to get something as close as possible while maintaining our safety protocols. With Mike and our principal Dave Harris, we think we provide that.”

The football team had its first scrimmage Sept. 11 against Red Land, and it was also the first stream for the broadcast team. Mechanicsburg is spending $200 a month, according to Pehanich, for video and audio capabilities through Meridix. Those expenses, however, have already been covered through sponsorships the stream has gotten.

During the first scrimmage, an iPhone was used to capture live game footage and was streamed to fans free of charge. Garland is hoping they can upgrade to a newer iPad at some point and add other small changes, like intro music and commercials.

Otherwise, all elements of the broadcast will remain the same when the regular season kicks off Friday at John H. Frederick Field, where the Wildcats will host West Perry, according to Garland, who also worked with Harris for Mechanicsburg’s scrimmage at Carlisle. He said he has gotten very positive feedback from the community.

Viewership from the first scrimmage seems to foretell success.

Mechanicsburg’s broadcast brought in 753 unique views and 2,893 total views, according to Garland. Among those views were mostly zip codes from Pennsylvania, but some were even coming in from New Jersey, Florida and Delaware.

“The technology available to a lot of school districts is a savior in times like this,” Garland said. “If for some reason things were to return to normal, before the end of the season we are still able to bring these broadcasts to the world.”

Spectator policies are changing seemingly by the day. Gov. Tom Wolf is still recommending schools allow no more than 250 total people at outdoor sporting events and 25 for indoor events. But some schools around the state, like Wilson, are allowing two parents per student, 25% capacity or more. And Wednesday, the General Assembly’s attempt to override Wolf’s guidelines for schools reopening and holding sports fell four votes short of the two-thirds majority needed.

Locally, several schools are allowing just two parents per athlete and cheerleader but no spectators for the visiting team. And even that may change moving forward.

This is something Garland had never experienced in his career dating back to 1998.

“This is the first time that I’ve broadcast in front of an empty stadium, and it definitely is a type of different that you can’t really put words on,” he said. “It’s kind of like how when you’re at home, you never notice the sound your house makes until the power goes out. You don’t recognize what having a crowd means to a game until you don’t have a crowd.

Even though things will be quite different for Garland, Harris and the rest of the broadcast team, they’re taking it in stride and trying to enjoy doing something different.

Garland is excited to get to experience something new and he knows what these games mean to the community.

“I have been in play-by-play for quite some time, and it’s been quite some years since I’ve been attached to a team doing play-by-play in the manner that I am now,” Garland said. “This is an opportunity to present a game in a unique broadcast format and be attached to a team from Week 1 to the end of the season. We get to bring a product to the community that we might not have otherwise been able to have.

“I had my cup of coffee at the professional level, but that same Sunday I was broadcasting the Eagles-Seahawks game, I knew the day after I had to go to Boiling Springs to be the public address announcer for a football game. I loved those national opportunities, but there’s something very special about being able to do these things for a community.”

Can we reschedule?: Athletic directors, coaches working around constant changes due to pandemic

'All games covered': PIAA not seeing huge shortage of officials for the new season due to COVID-19 pandemic

HS Football Week 1 Preview: Breaking down our GOTW, West Perry at Mechanicsburg, plus picks and predictions for 2020 season openers

Mechanicsburg is set to square off with West Perry in our first GOTW this season, plus Jake Adams offers his predictions for the local slate o…

Mechanicsburg is one of a handful of schools that will have a broadcast team this fall to complement its video livestreams during the pandemic. Mike Garland will handle play-by-play. He'll have a booth-mate in Dave Harris, who will handle color commentary.

Mike Garland called Mechanicsburg football's two scrimmages this month in preparation for the regular season, which kicks off Friday, at John H. Frederick Field, when the Wildcats host West Perry.