Become a Member
Read Today's E-edition
Share This
Column: Plenty of questions linger after Carlisle's Pat Conrad resigns less than a year after being hired
0 Comments
Share this
Jake Adams The Sentinel

The first — and most obvious — question that comes to mind following Pat Conrad’s resignation as Carlisle’s football coach this weekend is: What the heck is going on?

This is the second head coach to leave Carlisle since March. No other school in the Sentinel area has done so. (Only Mechanicsburg, at present, is also searching for a new head coach.)

This is a program that, heading into the season, was coming off back-to-back District 3-AAAA playoff appearances for the first time in a decade. Roster numbers were up; excitement had noticeably grown; the offense had put up big numbers, and kids loved it.

Carlisle simply lacks the same facilities and equipment many of its direct competition has — the hot-button topic has been the lack of a modern weight room, but there are other issues of varying degrees of importance.

Former coach Josh Oswalt, who left in the spring for Central York after leading the Thundering Herd to consecutive 5-5 regular seasons — a notable accomplishment in these parts — was an outspoken, sometimes brash, young leader who related to his players. It took time to get there.

Conrad, who realized shortly after the 4-6 season that it was time to step aside, was a little more reserved with the media, but brought a track record of success even if he hadn’t been a head coach for five years.

But it speaks volumes that two coaches of different backgrounds and expertise — Oswalt was hired shortly after graduating from Shippensburg University — voiced similar concerns when they left. That’s not a one-time thing; that’s starting to become a trend.

“When I was hired, I was promised that a weight room would be built, and it was to be done June 1st,” Conrad said Monday afternoon, also adding that some academic procedures he wanted to implement were abandoned. “I can’t build a program without the resources to do it.”

Conrad, who said he still intends to coach again, also wore down from the daily 55-mile commute from Red Lion, where he teaches, to Carlisle. He couldn’t consistently make practice on time because of traffic and, therefore, couldn’t implement everything he wanted, he said. Carlisle tried to get him a teaching position before the year but failed. For a season, Conrad said, he could make it work.

“It wears on you,” he said. “Short term, I knew coming in and I was willing to make that commitment.”

Carlisle athletic director George Null admitted the loss of two coaches in quick succession is concerning. It doesn’t send the right message to prospective coaches and to the players, present and future.

Carlisle hasn’t exactly had a good track record either — 10 coaches have come and gone in the past 35 years, Null said. That’s a 3.5-year average — not ideal.

“You need to get that consistency,” Null said when reached Monday evening.

Null called Conrad professional and acknowledged the intellect and vision the long-time coach brought to the table. But, it’s all too clear now, coach and school were simply not a match.

Oswalt and Conrad had their own personalities that worked for some and didn’t for others. It appeared from the outside that some of the players didn’t click with their new boss, and his switch from the no-huddle spread the Oswalt ran to a more balanced approach by Conrad was not popular. In time, that might have changed as new players could be freshly molded. Such is life.

“It depends on who you talk to, I guess,” Conrad said when asked where the team was mentally at the end of the season.

“I appreciate the support from those that jumped on board,” he added, when asked his final thoughts.

That’s not your typical “the players bought in 100 percent and played their hearts out all season” answer that most coaches, no matter the circumstances, spout almost robotically. Null said he never heard any grumblings.

“I think any time you have change, it’s difficult,” said Null, who said the school was “surprised” to learn of Conrad’s resignation. “You have kids that were already kind of looking forward to what we’ve done in the past.”

This has to be a learning experience for the district. It’s far from ideal for a coach to work more than an hour away from the team. And a teaching position needs to be more readily available. Facilities have to be in place — and if they aren’t, stumbles like what’s currently occurring with the pre-fabricated weight room need to be avoided — to attract and keep talented coaches and players.

The AD, who expected Conrad to stay “for a long time,” said he’s already shared the coach’s concerns with the administration.

These next few months could say a lot about what Carlisle wants to be. Carlisle football isn’t exactly a high-profile position in the Mid-Penn Conference.

Can it sort out the issues with the weight room, which has been consistently delayed during the bidding process (longer, if you ask Oswalt) and still has no firm timetable for completion?

For his part, Null said Carlisle has “made a commitment” to the weight room.

What kind of investment does it want to make in athletics? The football team isn’t the only program at the school that doesn’t stand toe-to-toe with the Cumberland Valleys and Central Dauphins the Herd regularly battles in division play. Maybe Carlisle never will, but right now it’s not particularly close.

And what kind of coach can they entice? Don’t forget, Mechanicsburg is also searching for a new coach after Chris Hakel stepped down in November. What if, five years from now, it turns out the Wildcats, currently on a 20-game losing streak, hired a better coach who had better success and didn’t jump ship? What if Carlisle slips back into sub-mediocrity while its neighbors to the east get back to the playoffs?

These questions need answers. Those answers, one way or another, will send a very clear message about the future of the Thundering Herd program.

Jake Adams is the sports editor at The Sentinel. Email him at jadams@cumberlink.com or follow him on Twitter @jakeadams520

This story has been updated from its original version to include comments from George Null.

Jake Adams is the sports editor at The Sentinel. Email him at jadams@cumberlink.com or follow him on Twitter @jakeadams520​

Carlisle to hire Brett Ickes as head coach pending board approval, per sources

Pending school board approval this week, Brett Ickes will be hired as Carlisle’s next head football coach, The Sentinel has learned through mu…

Carlisle football coach Pat Conrad steps down after one season

Pat Conrad spent one season at Carlisle and decided that was enough, announcing his resignation in an email to the coaching staff Sunday evening. 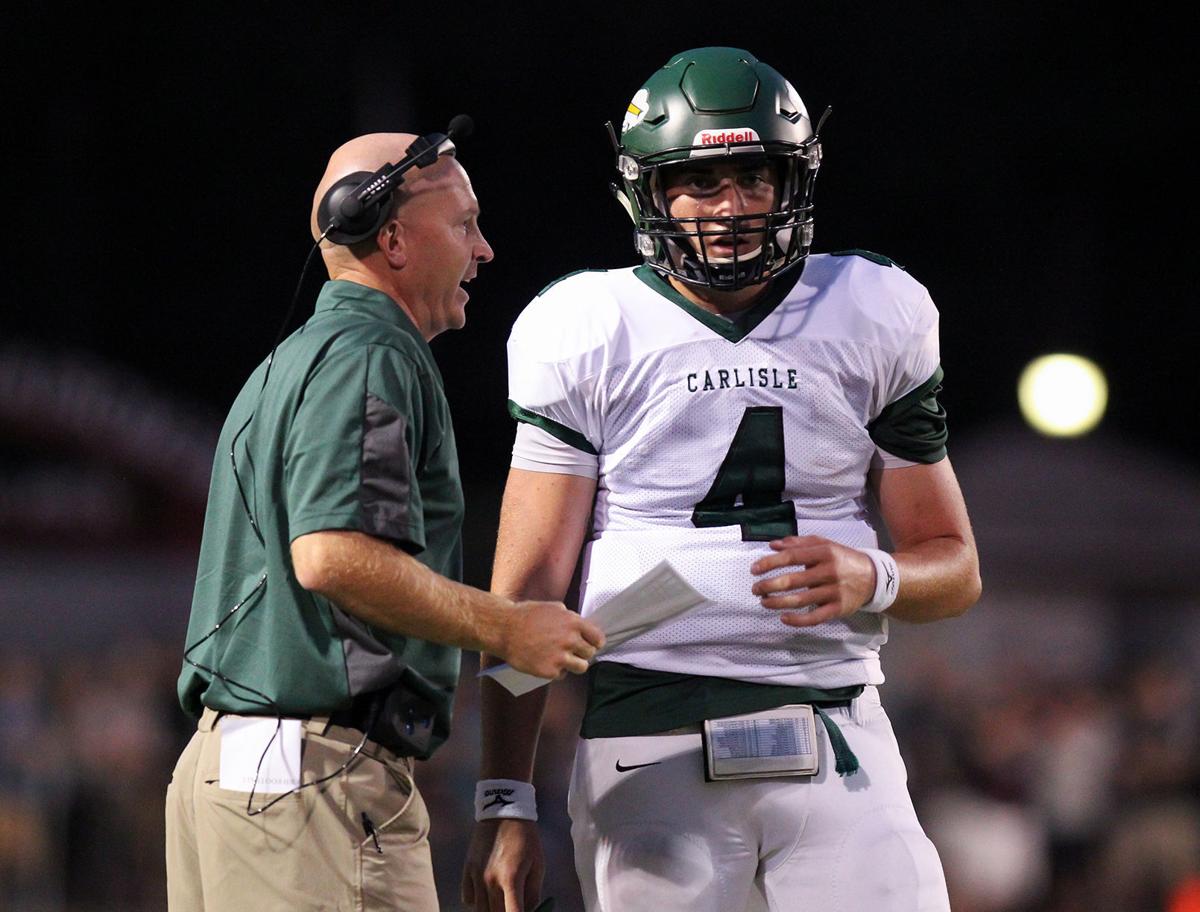 Pat Conrad, left, resigned while citing reasons similar to his predecessor, Josh Oswalt. It’s not a good sign when a school loses a coach twice in a calendar year. 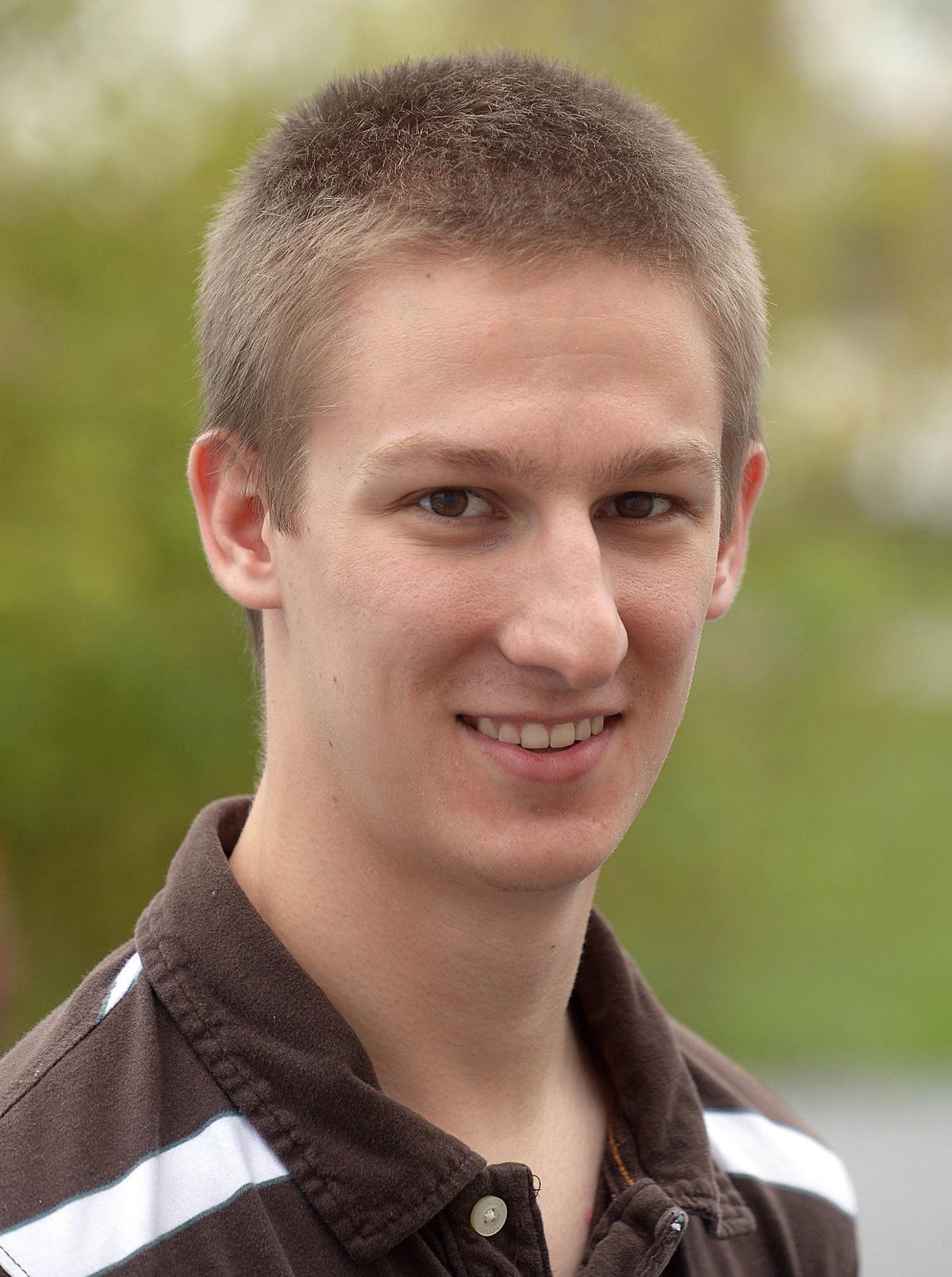