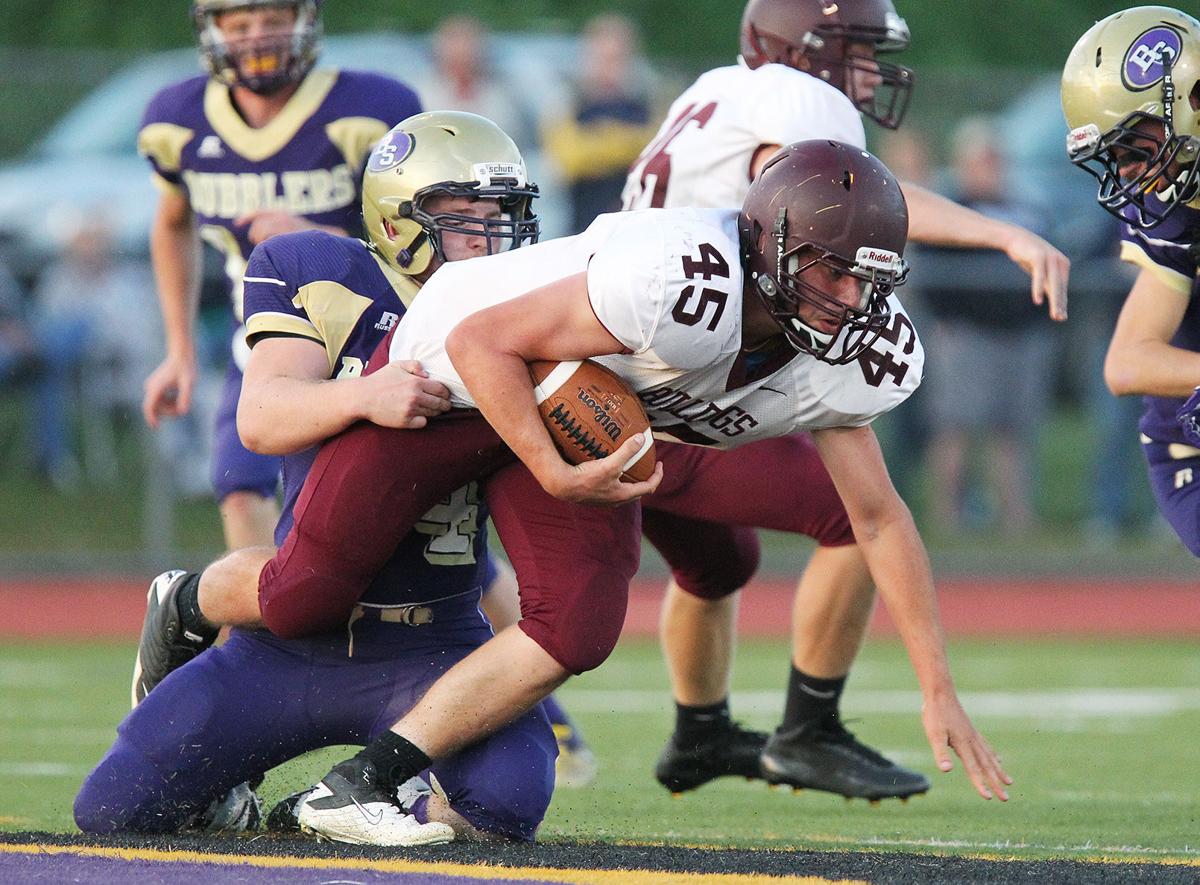 Big Spring's Tristan Robb (45) tries to avoid a tackle during the first quarter against Boiling Springs Sept. 12, 2014, at Ecker Field in Boiling Springs.

Hoffman spent part of the 2014 season assisting the football program and is currently the Dean of Students at Big Spring High School, having taken the position in October. Hoffman was previously the athletic director at West Perry and was an assistant coach at Shippensburg University in 2004.

“I didn’t expect to have an opportunity to coach in this capacity,” Hoffman said of his reaction to getting head job at Big Spring.

He also coached at Carson Long Military Institute, helping guide the team to a four win season. It was just the second time the football program won more than one game.

Hoffman knows the recent struggles the Bulldogs have gone through — they finished 2-8 after beginning the season 2-0 for the second straight year and haven’t made the postseason since 2010 when they finished 5-6 — and hopes to use his experience at Carson Long to rebuild Big Spring.

“One of the things that we had to focus on at Carson Long was focusing on celebrating small successes,” Hoffman said, adding that he plans to take a similar approach with Big Spring.

With their regular-season window closing and pressure mounting for teams on the District 3 playoff bubble, high school football teams took to …

A showdown with defending Class A state champion Steelton-Highspire loomed on the horizon for Week 10, but Boiling Springs maintained its focu…

Hosting Altoona Friday, Carlisle in need of a win amid race for District 3 postseason berth.

In his first year of football, Netherlands native Dirk Godjin continues to impress as Carlisle's kicker.

Dillon Wakefield rushed for 265 yards and four touchdowns to push Big Spring past the Shamrocks, 42-33.

Big Spring's Tristan Robb (45) tries to avoid a tackle during the first quarter against Boiling Springs Sept. 12, 2014, at Ecker Field in Boiling Springs.