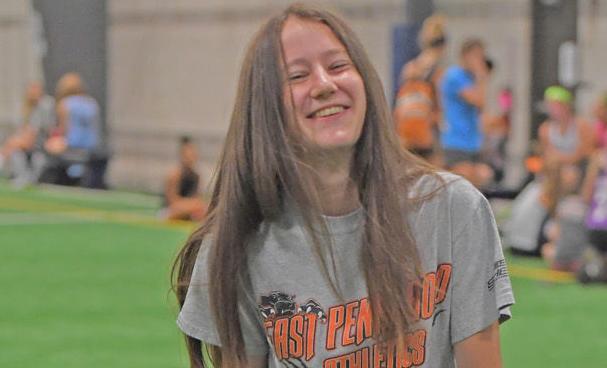 East Pennsboro's Alison Buffington will miss the beginning of the season with an injury. 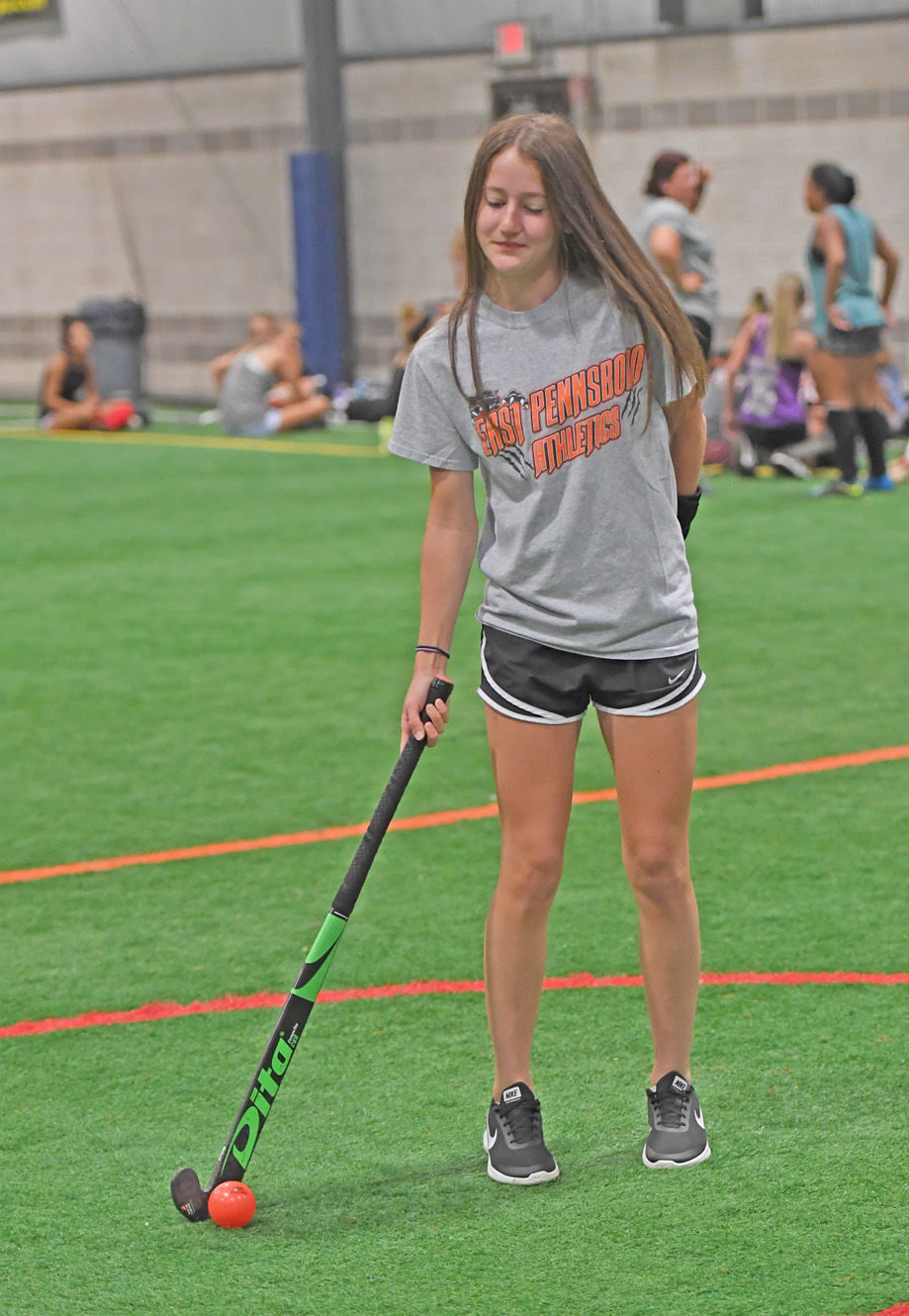 East Pennsboro's Alison Buffington has accomplished a lot as just a sophomore.

As Alison Buffington chased down stray balls at the Yellow Breeches Sports Complex, the smile on her face was still there.

There was something that stuck out with the East Pennsboro sophomore, however: the prominent black brace on her left wrist.

Buffington wasn’t allowed to participate in the typical field hockey practices with her Panther teammates, but she did what she could to support her teammates.

Buffington won’t be back on the field or holding a stick properly for a while. The three fractures in her left hand — the result of taking a hard drive off the top of her hand this summer — will take some R&R, and head coach Liz Groff doesn’t want to rush anything, even if Buffington is a critical piece for the Panthers.

“Hopefully she’s back practicing with the team by the first week of the season,” Groff said. “But I don’t want to rush anything, obviously. It will be up to her.”

The Mid-Penn field hockey season kicks off this weekend. Get up to speed on who's back on each of the Sentinel-area teams with our preseason team capsules.

It’s been a busy two years for the forward.

Buffington has made quite the rounds with USA Field Hockey already. She’s been an integral part of the Futures Development Program and has been climbing the ranks through the Junior Olympics for a few years. Here are just a few of her accomplishments:

“She has an intrinsic motivation,” Groff said. “She doesn’t need my encouragement, she can work well with the team, and she practices a lot.”

“I think that I have pretty good vision on the field and can find the open paths,” Buffington said. “[I also have] good decision-making skills, like to pass the ball or not pass the ball. I feel that my speed is also another thing that I have which helps me as a player.”

If there’s one weakness in her game, it’s that she’s probably not the best defender. That’s only because she’s in attack mode all the time.

“I don’t know if I’d put her in defense,” Groff said with a scrunched smile and a laugh. “I mean, she can play defense, but then she’ll just take it and go. Which is fine, don’t get me wrong. She can play pretty much anywhere.”

Shy off the turf

When first meeting Buffington, one might not notice anything spectacular or particularly different about her. She seemed a little timid during a preseason interview and asked if she had done OK.

But the list of what she has done up to this point hardly indicates a lack of confidence on the turf. Add in her 30 goals and 13 assists from last season, and a nod on the Mid-Penn All-Star First Team, and you’ve got one versatile player.

And nervousness aside, she was all smiles talking about her adventures with USA Field Hockey.

“It’s really exciting but also nerve-wracking because all these people from different places are coming together, and it’s really competitive,” Buffington said about participating in the camps. “I just think of it as an opportunity to grow as a player and learn new stuff. I was at a camp for the junior nationals and people from California, Texas, Missouri, all over came, and it’s really cool to meet them. Then you get to play against them, and at some point you get to play with them, so it’s really cool just to meet new people. And the coaches — you learn so much from them, and they’re so knowledgeable.”

Taking everything she can away from these camps is important to Buffington, who says she just wants to be the best she can be for her team. She also has someone she can look up to in older sister, Aimee, who is a senior for the Panthers.

Alison started playing field hockey in the third grade after watching her sister take up the sport, and she hasn’t put her stick down since.

“There’s just so many different aspects to the game [that I love],” Buffington said. “Every part of it is fun, and I just love every part of it.”

A big season ahead

For now, Buffington will focus on getting healthy and then doing what she can to help the team in the season ahead. The Panthers (18-5 last year) placed fifth in the District 3 Class 2A tournament in 2018 and were knocked out in the PIAA first round.

Buffington believes that the talent on the team will help them get back to that stage, if not farther.

“We have a lot of talented players,” Buffington said. “Each player brings different skills and strengths to the field, and that really makes us a strong team. We know how to work together, and with the new coaches they’re really helping us grow and improve our game.”

The Panthers open the season with a home game Sept. 3 against Northern at 4 p.m.

Missed any of the preview content ahead of tomorrow's season openers for soccer, field hockey, cross country and girls volleyball? We have you…

East Pennsboro's Alison Buffington will miss the beginning of the season with an injury.

East Pennsboro's Alison Buffington has accomplished a lot as just a sophomore.