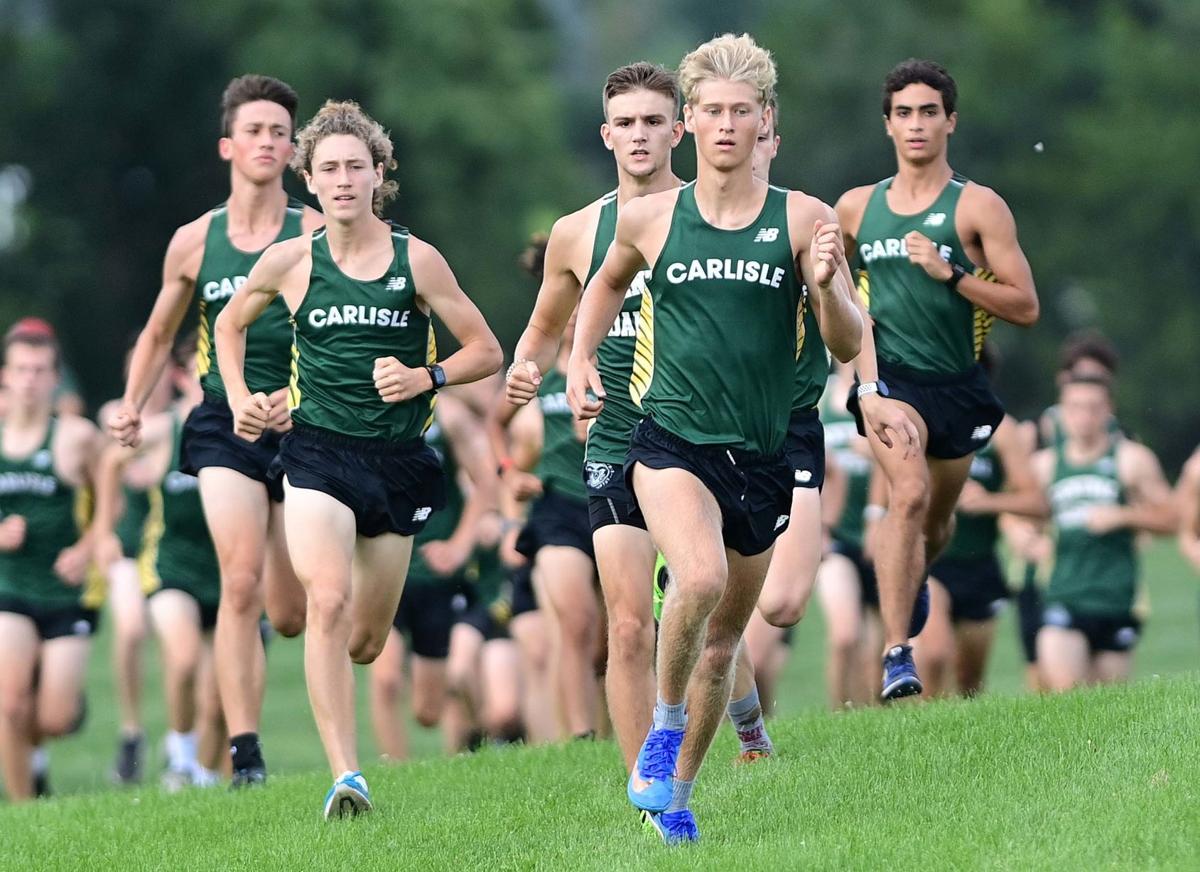 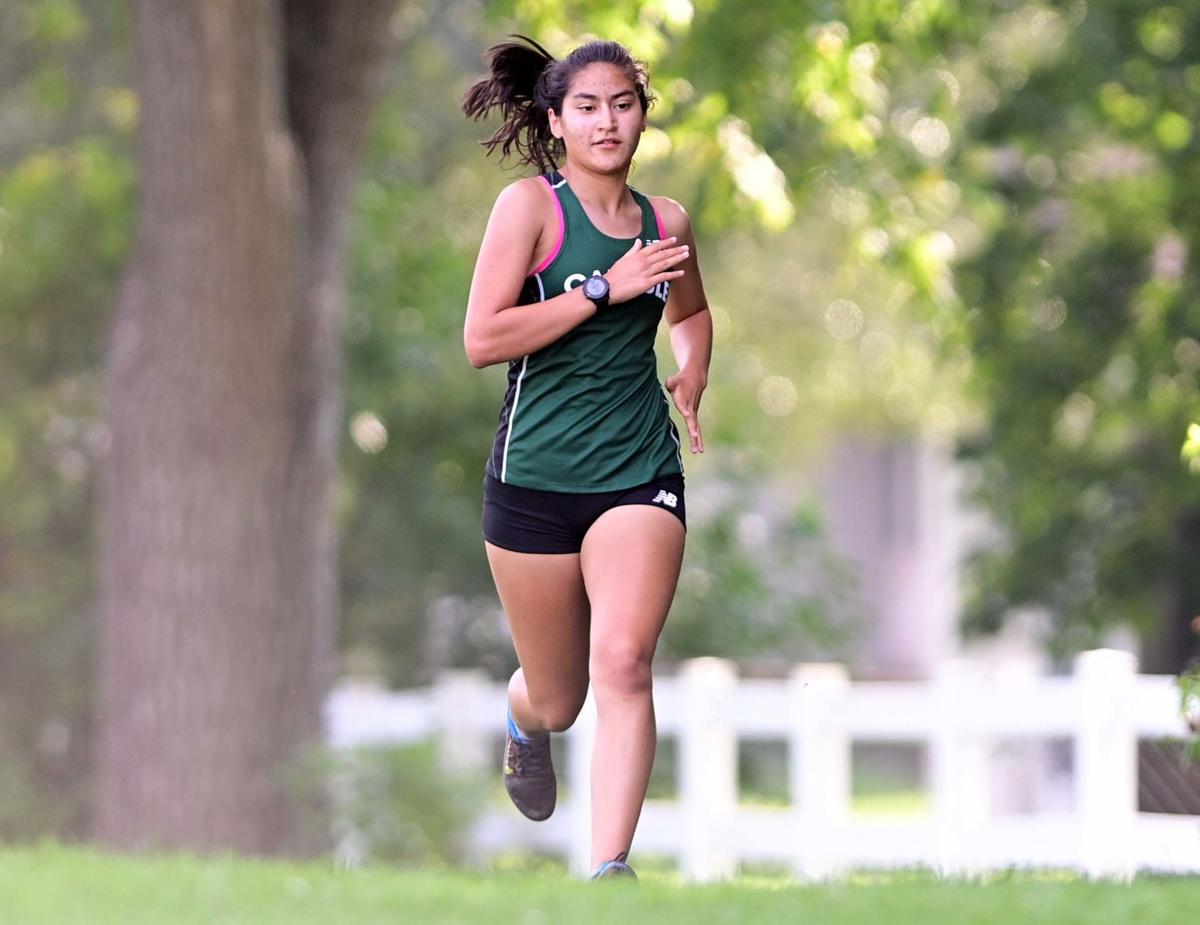 With the weekend’s Enos Yeager Invitational at Chambersburg behind them and a showdown at State College on the horizon, Carlisle’s cross country runners worked in another tune-up Tuesday with a Mid-Penn Commonwealth sweep on their home course against visiting Central Dauphin.

Roden, who finished third in the Class 3A Mid-Penn championship race as a sophomore, shot ahead early, pulled ahead after the first mile and finished first at 16:55, but the Thundering Herd claimed the next four spots and 11 of the next 12, led by Andrew Diehl (second, 17:47), Kevin Shank (third, 17:50), Ray Bondy (fourth, 17:59) and Briar Thompson (fifth, 18:13). Nick Moffat rounded out the scoring with a seventh-place finish at 19:41.

“I knew Andrew and Kevin were going to be special when they were in middle school,” Boardman said. “That was obvious. Ray has really come on, so that’s made a nice trio. And Briar’s a senior, too, who’s been working for all four years. He’s due for some rewards.”

Carlisle finished second in Class 3A at Mid-Penns last year, trailing only State College. Despite losing Evan Peachey and Andrew Booths, the Thundering Herd retained most of its core for another run at the postseason, each of its top runners bringing something different to the proceedings.

“Briar is an 800-meter guy,” Bondy said. “That’s his kind of race. Diehl, he’s a mile guy. I want to be running longer, and Kevin is like a trail runner. We all have different stuff that we’re coming with. Certain workouts are more catered to certain people. For tempos, Kevin and I will be out front. With interval workouts on the track, Diehl will be out front. It’s just good to have guys you know are right there with you.”

“We went out hard for the first mile,” he said. “We wanted to see how fast we could go, pretty much. Then we just cruised at, like, a seven-minute pace for the second mile. Then our coach told us to go all-out for the last 1.1 miles.”

While they turned it up, Roden closed in on the victory on a course he remembered well from a previous encounter.

“I sort of have a little PTSD from my freshman year at the meet of champions, he said. “It was really hot that day, and I didn’t run the best. I never really liked how open it is because the heat will get to you, but I still like how flat some of it is and that you can use the rolling hills to get some speed.”

The speed from the rolling hills worked for him Tuesday.

Like Roden, Alder built an early lead and pulled away for a first-place finish, crossing the line at 20:11 in her first home race since transferring from North Carolina.

“It was a little hot,” Alder said, “but it still felt good to run the course.”

“The girls have some talent, obviously, at the top,” Boardman said, “but we need to do some work.”

Alder grabbed an early lead and added distance through the middle stages of the race.

“It’s pretty nice, honestly,” she said of the course. “There aren’t too many hills. There are some downhills. It’s pretty flat.”

“It’s not an easy place to transition to, Pennsylvania,” Boardman said. “We went and ran at Enos Yeager, and Paci beat her from Greencastle. She’s really good. Not a lot of people are used to it when you walk into here, and there’s competition at every turn.”

But Alder pulled away from the competition Tuesday, capping an efficient day with her new teammates in a dual-meet win with the hope of building more as the season progresses.

“I’ll go back,” Boardman said, “and look at these splits and say, ‘All right, what do we need to work on?’ And we’ll focus on that.”

Cross Country Notes: An early test for Mechanicsburg, a Senior Day surge and other notes

The cross country season kicked off in a big way in Cumberland County. Here's a look back at the first week of action.

Cumberland County athletes competed against some of the state's top runners over the weekend.

Varsity runners throughout Cumberland County are set to take the season’s next step at the Mid-Penn Championships with conference crowns and District 3 berths on the line.

These rare photos show Tom Brady from his baseball days

These rare photos show Tom Brady from his baseball days