HS Girls Basketball: In battle of county's best, Cumberland Valley topples Mechanicsburg despite 21 from Talia Gilliard
Share this
{{featured_button_text}}
1 of 4 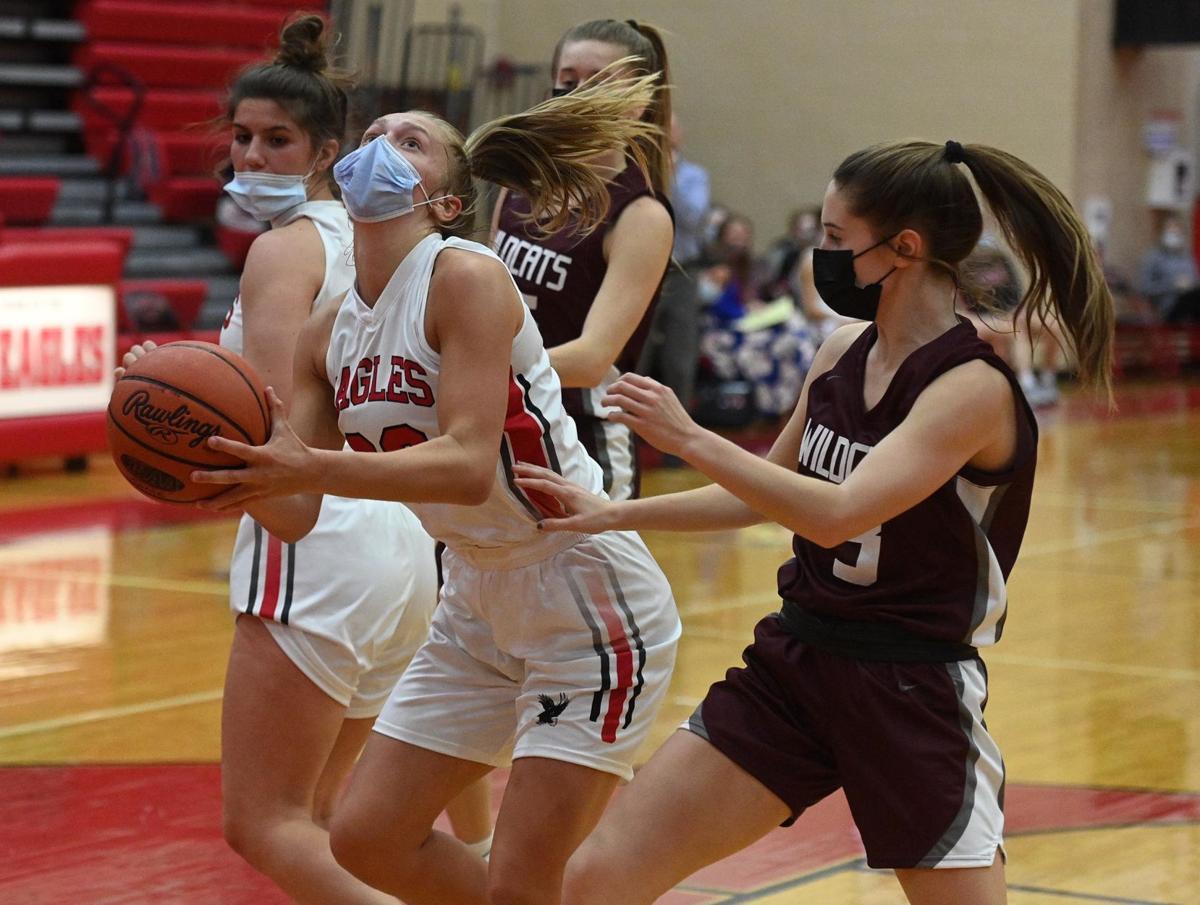 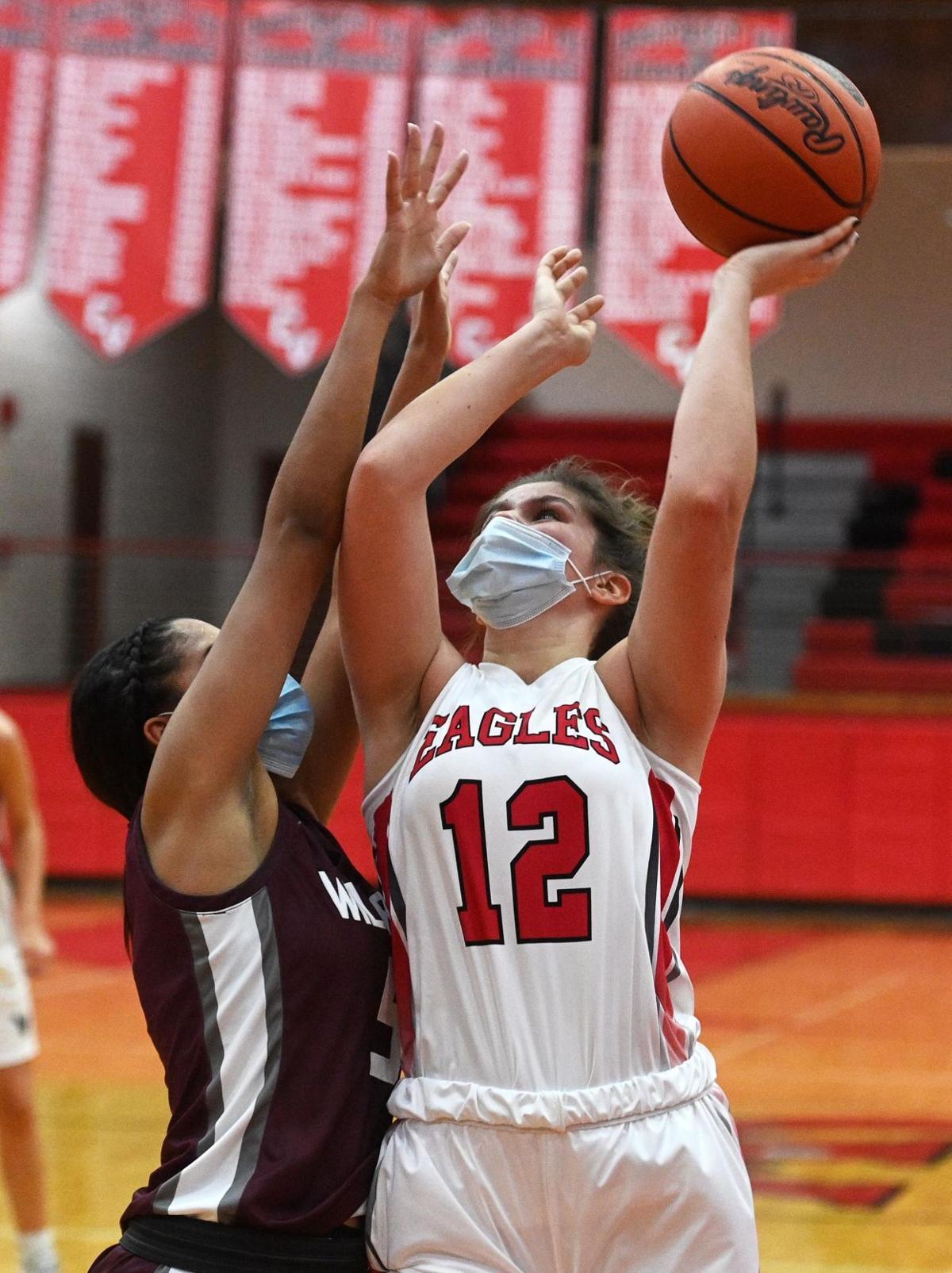 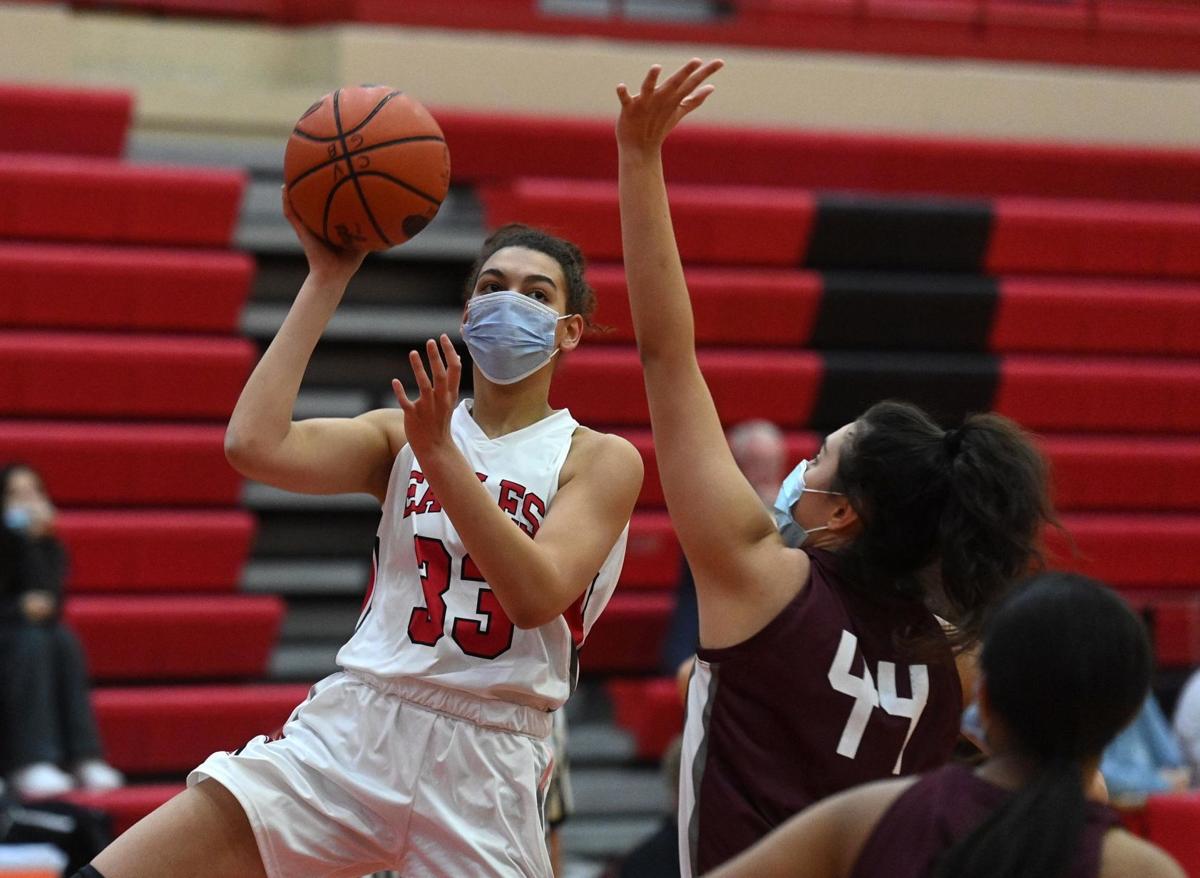 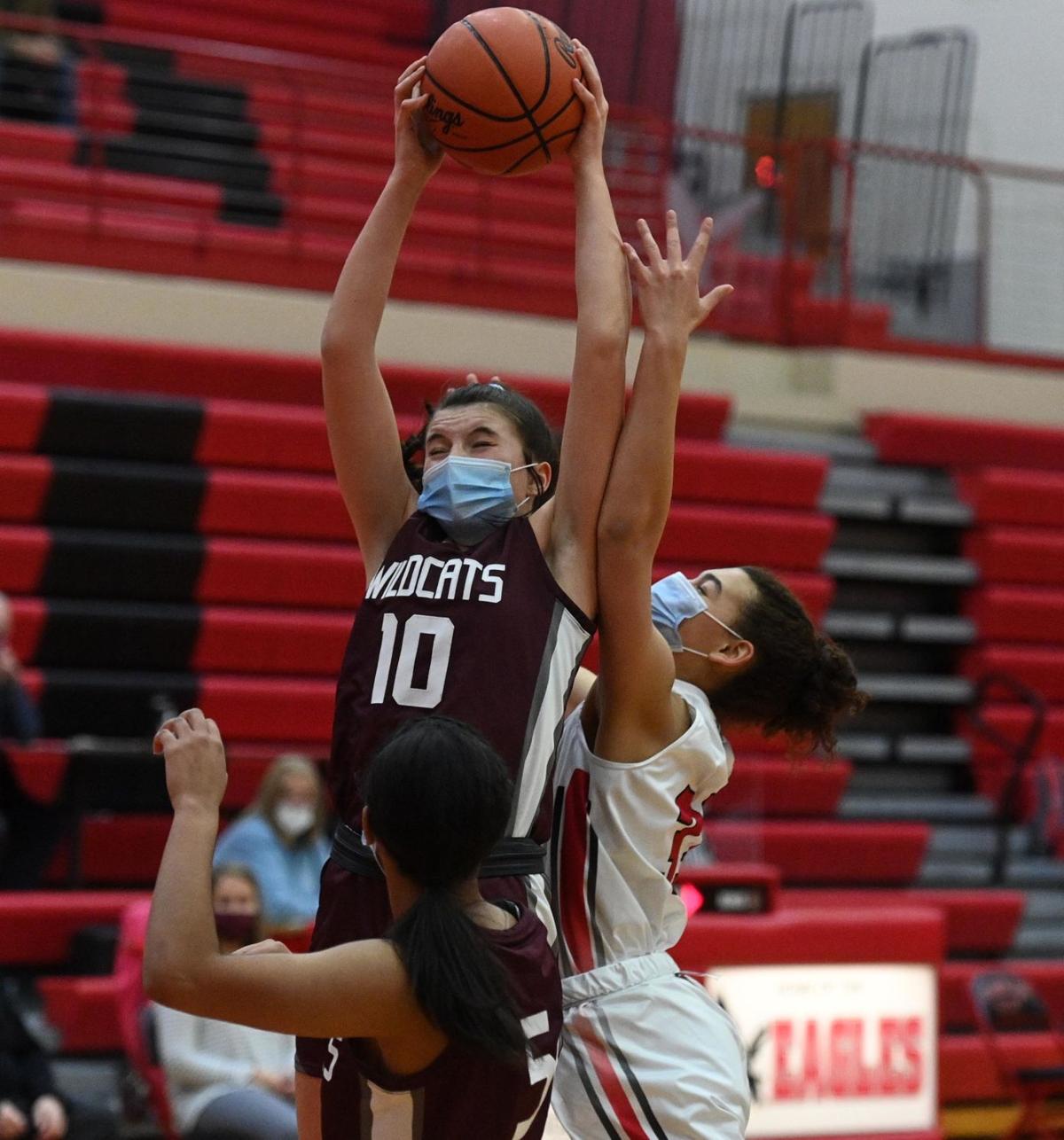 Mechanicsburg’s Gracen Nutt, center, pulls down a rebound in front of Cumberland Valley’s Dejah Hill during the first quarter in a Mid-Penn Conference game Tuesday at Cumberland Valley High School.

The recipe for beating Mechanicsburg usually doesn’t call for allowing Talia Gilliard to shoot 7-of-10 from the field.

But Cumberland Valley girls basketball was apparently working with a different cookbook Tuesday night, handing the Wildcats a 45-39 loss at CV’s Eagle Dome despite allowing a game-high 21 to the California (Pa.) commit in a battle between two of Cumberland County’s top teams.

The Eagles, led by a 16-point effort from freshman point guard Jillian Jekot, mixed in superb ball handling, some textbook perimeter defense and a pinch of patience to move to 2-0 on the year.

Despite losing on the glass (21-17 unofficially in favor of Mechanicsburg) and allowing the Wildcats to shoot 13-of-27 from the field, CV flawlessly executed in the one department that can Mechanicsburg generally owns: turnovers.

The Eagles committed just five of them and force Mechanicsburg into 17, the overwhelming majority coming by denying strong-side entry passes into the elbow and post. CV swarmed most of those, creating multiple high-danger passes the Wildcats (2-1, 1-0 Keystone) struggled to complete consistently.

The result was a game played almost exclusively in the half court. And while head coach Clay McAllister said the first-half pace of play suited his ‘Cats well, the lack of fastbreak opportunities they’re accustomed to gave them fleetingly few opportunities to score points in bunches.

CV did not get out and run on most of those turnovers, but the halfcourt offense was able to make Mechanicsburg pay enough on missed opportunities to turn the tide.

“We just wanted to be consistent on offense,” said CV senior guard Julie Jekot, who finished with five points, and an unofficial four rebounds and three assists.

That the Eagles were.

Jillian was as cool as the other side of the pillow, splashing a pair of buzzer-beating 3’s at the end of the half and the end of the third quarter, showing poise well beyond her years. CV also got 11 points apiece from forwards Abbie Miller and Dejah Hill.

“With just her running the point, Jill’s so good at keeping her head up and finding the open person,” Eagles head coach Bill Wolf said of his quarterback on the court, as well as an offense that boasts a surplus of plus ball handlers at multiple positions. “When other people can handle the ball, it just makes it nice.”

“She’s an amazing point guard,” Julie Jekot said of her sister, who matched Gilliard with a 7-of-10 shooting performance.

CV’s efforts on both sides stifled what was otherwise Gilliard’s best game of the young season, especially offensive. Three nights after joining the 1,000 Point Club, Gilliard was sound with baseline cuts, off-ball movement and her shooting touch.

HS Girls Basketball: Mechanicsburg ready to get back to work after an abrupt end to last season's championship run

She buried a 3 curling off the baseline and knocked down two more with a defender in her face nearly 20 feet from the rim.

“She was outstanding tonight. She was under control tonight,” McAllister said. “She moved and worked and worked to get herself open tonight. And I think her teammates played really well, too. … I thought we played a lot better tonight than we did last Friday, Saturday.”

Mechanicsburg gets back to division play Thursday with a 7 p.m. home game against Cedar Cliff. The Eagles kick off Mid-Penn Commonwealth action Thursday at 7:30 with a home tilt against Chambersburg.

Meet the Bulldogs: Big Spring's Laila Moore on teammates, what her WWE-style entrance music would be

Meet the Eagles: Cumberland Valley's Natalie Parsons on most talented teammate, who would make best Globetrotter

Meet the Eagles: Cumberland Valley's Natalie Parsons on most talented teammate, who would make best Globetrotter

Meet the Bubblers: Boiling Springs' Lexi Stouffer on being a penpal, what her WWE-style entrance music would be

Meet the Bubblers: Boiling Springs' Lexi Stouffer on being a penpal, what her WWE-style entrance music would be

Mechanicsburg’s Gracen Nutt, center, pulls down a rebound in front of Cumberland Valley’s Dejah Hill during the first quarter in a Mid-Penn Conference game Tuesday at Cumberland Valley High School.