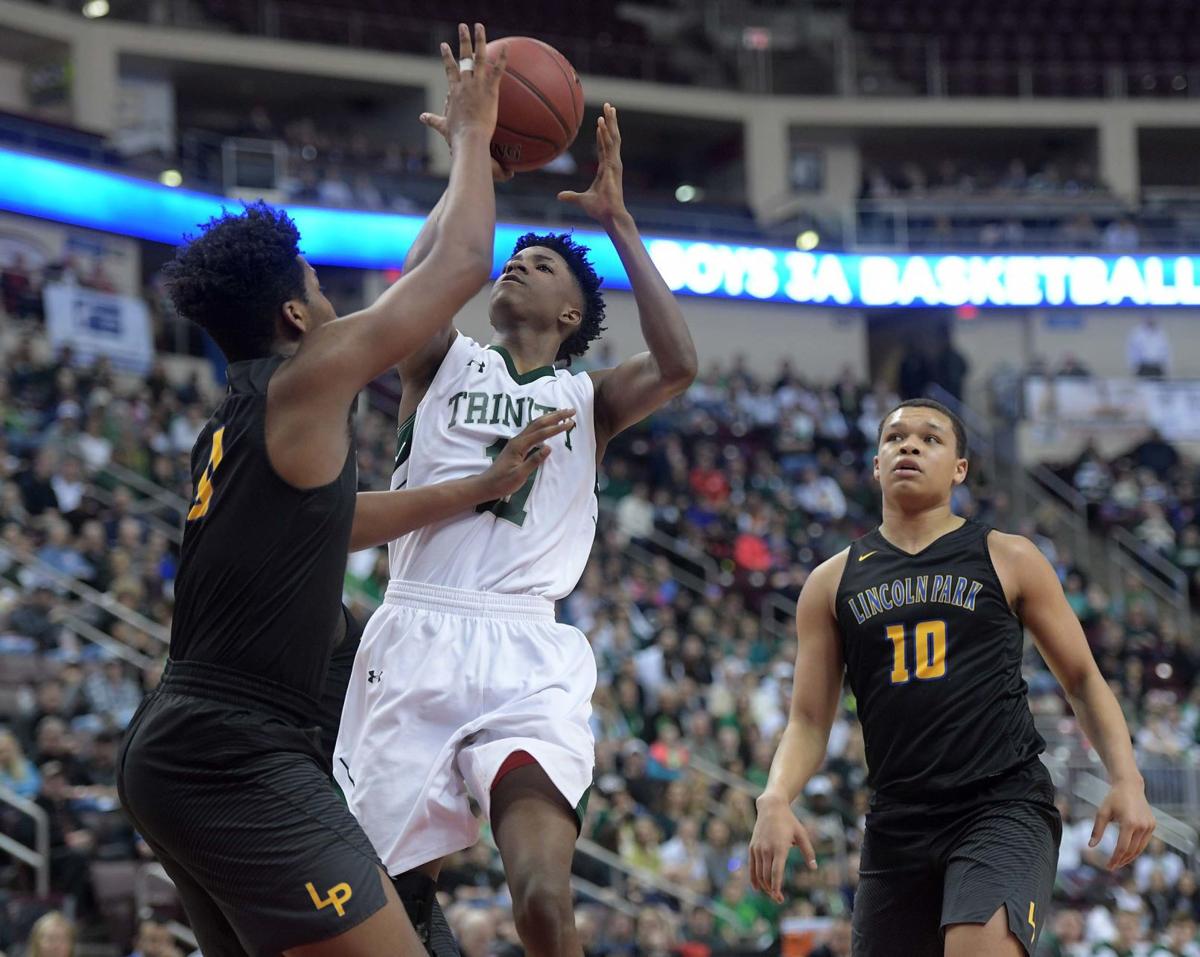 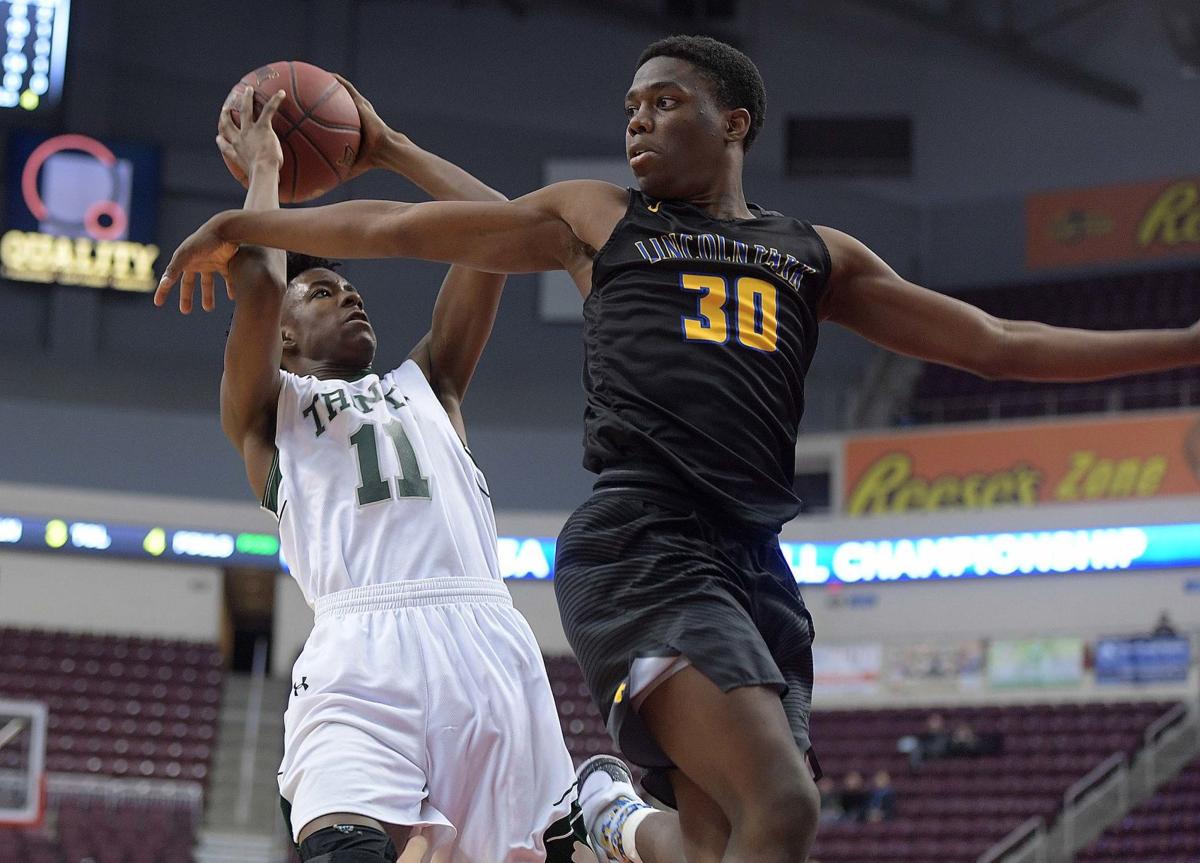 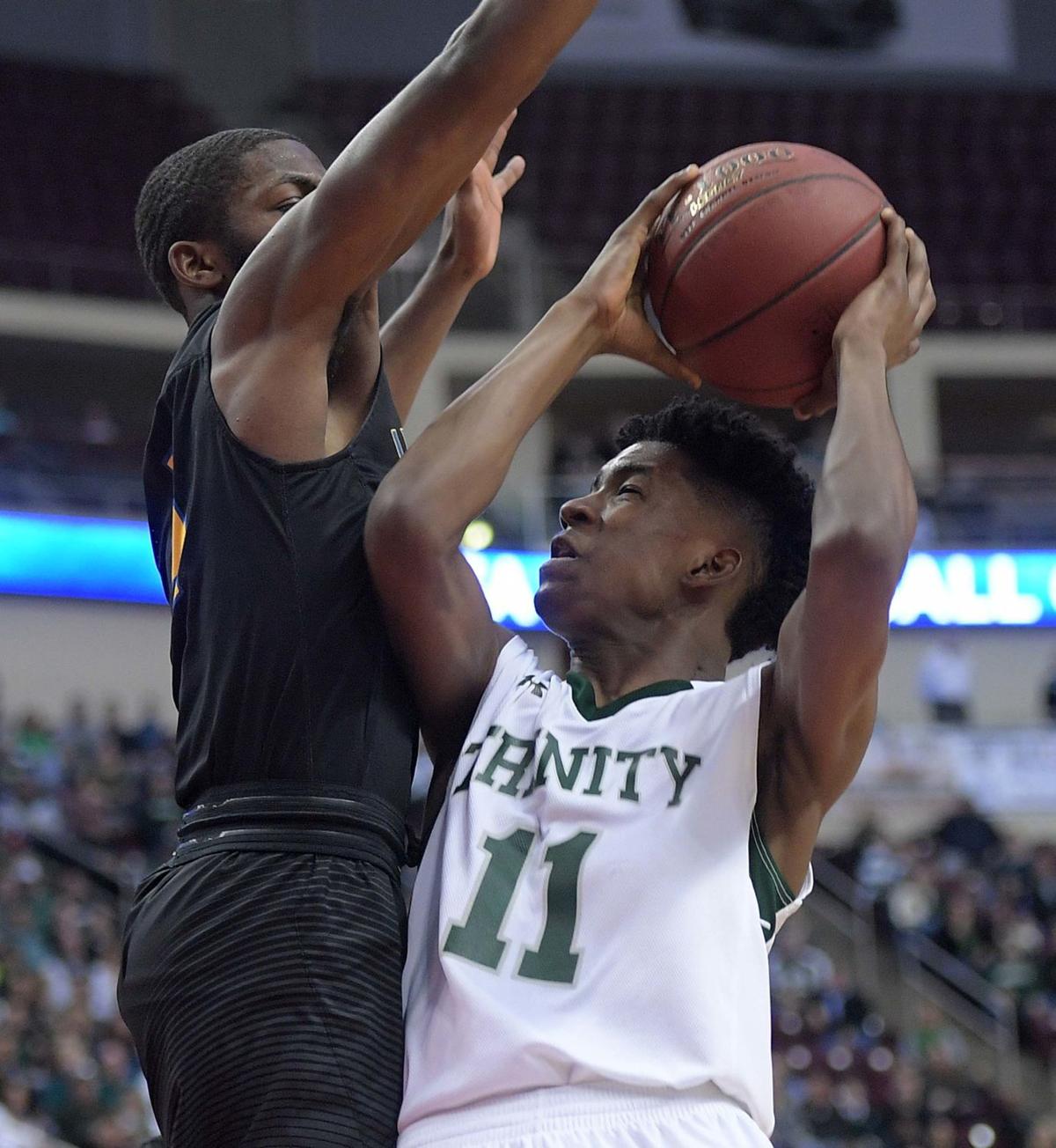 HERSHEY — Where the performance ranks among the greatest in PIAA championship history is a debate for another day, but there’s no denying Chance Westry’s 40-point showcase in Trinity’s 73-72 Class 3A title loss to Lincoln Park was a special one.

The freshman guard was the unquestioned best player on the court Saturday at Hershey’s Giant Center, putting on a mesmerizing show on the state’s biggest stage — 40 points (13-of-22 shooting, 4-for-6 from 3-point land, 10-of-12 on foul shots), nine rebounds, seven steals, four assists and three blocks.

The only thing that could’ve capped his breakout debut season better was a gold medal instead of silver.

“When you’re playing with someone like that, it’s just polarizing,” said senior Trinity teammate Patrick Walker. “His game — so good. No one just has 40 points in a state championship game against a team like that. That was probably one of the best teams we’ve played this year. They were very good, and Chance had a very good game.” 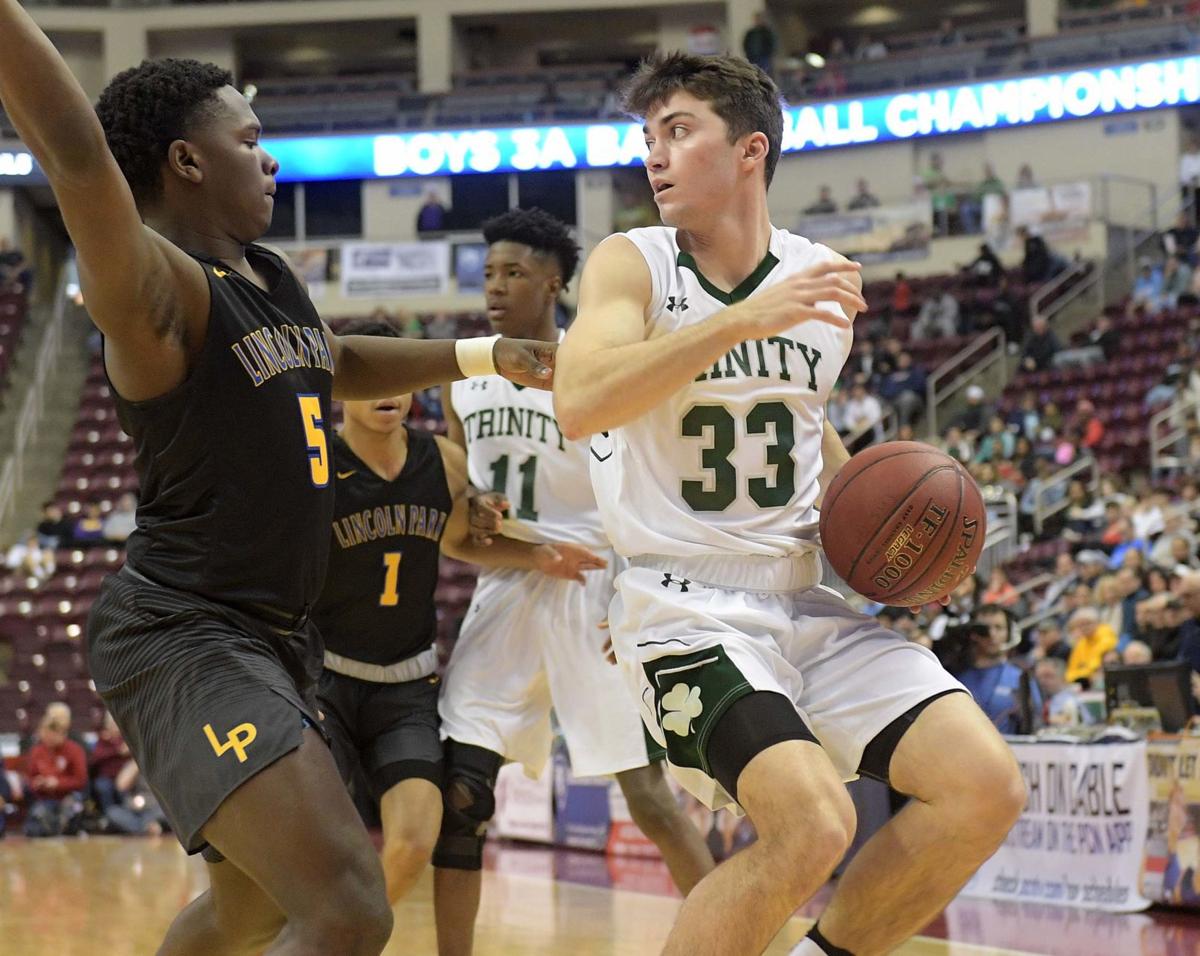 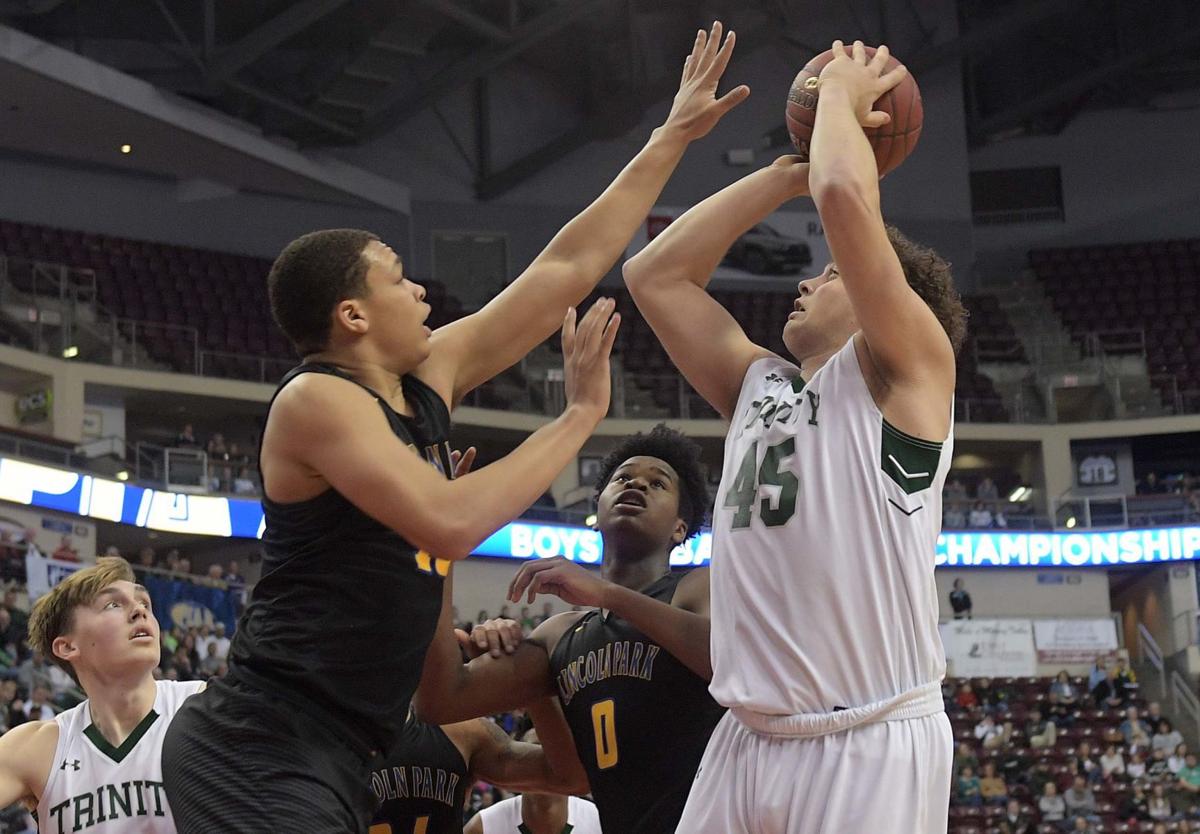 Trinity’s Kalen Veres, right, attempts a shot in front of Lincoln Park’s Andre Wilder during the first quarter of their PIAA Class 3A State Championship Saturday afternoon at Hersheypark Arena. 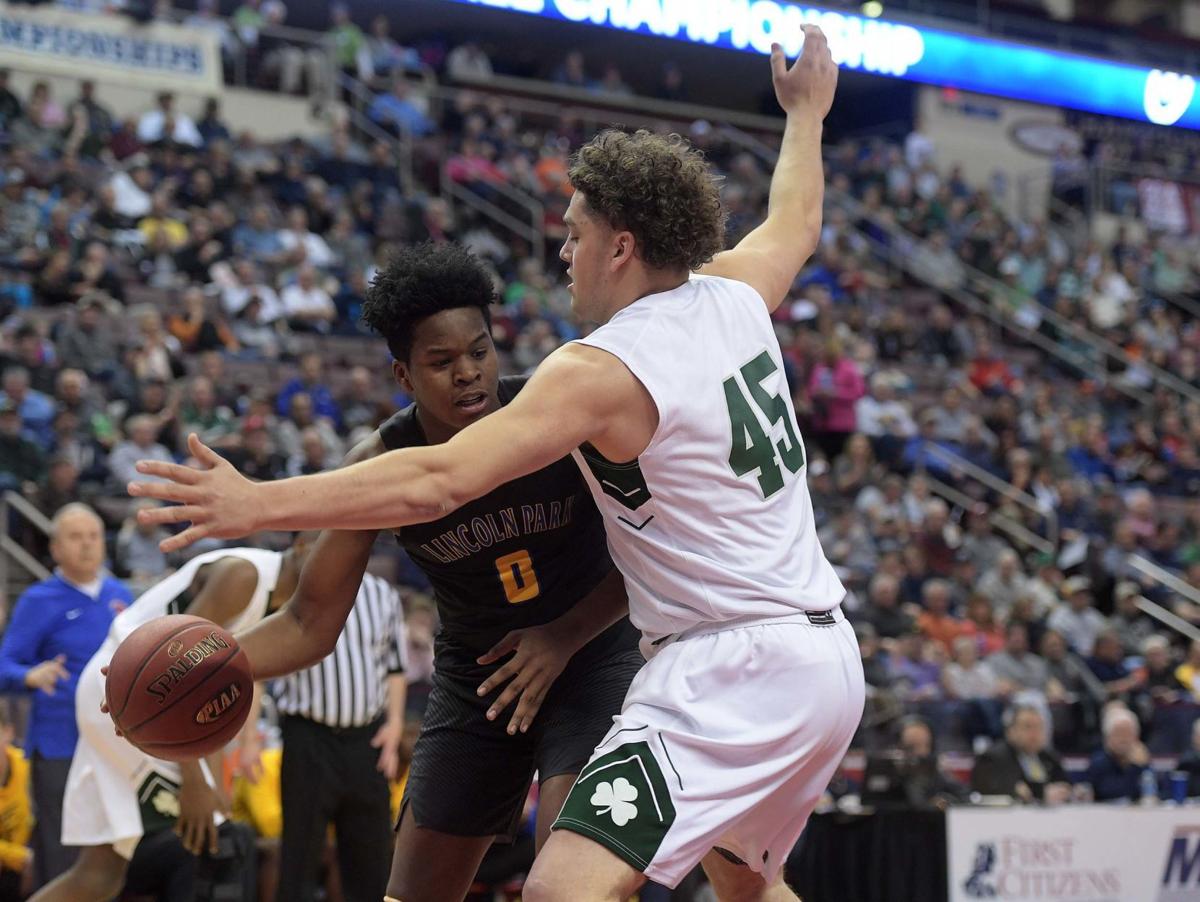 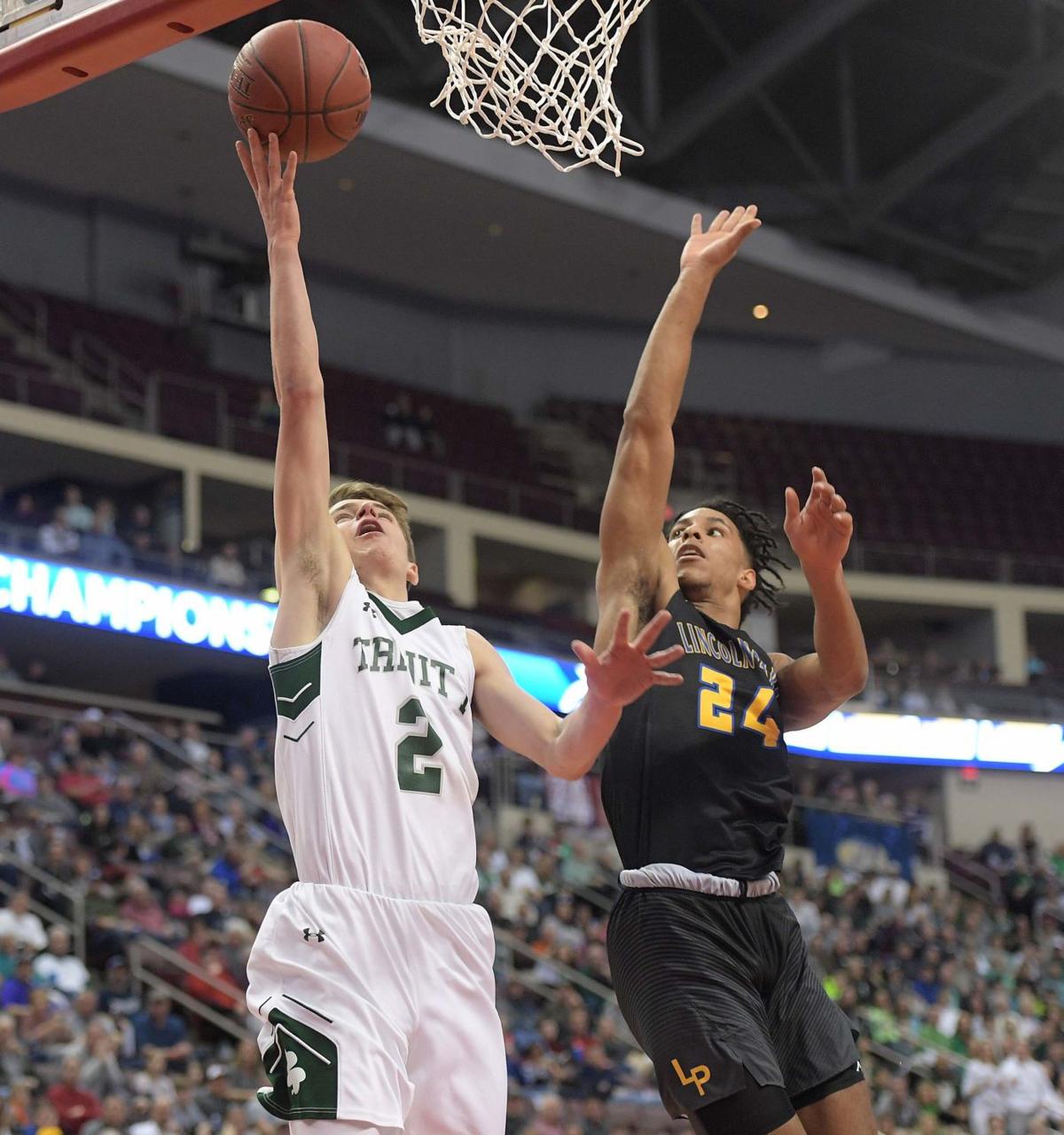 Trinity’s Aley Zangari, left, rolls in for a lay up in front of Lincoln Park’s Keeno Holmes during the first quarter of their PIAA Class 3A State Championship Saturday afternoon at Hersheypark Arena. 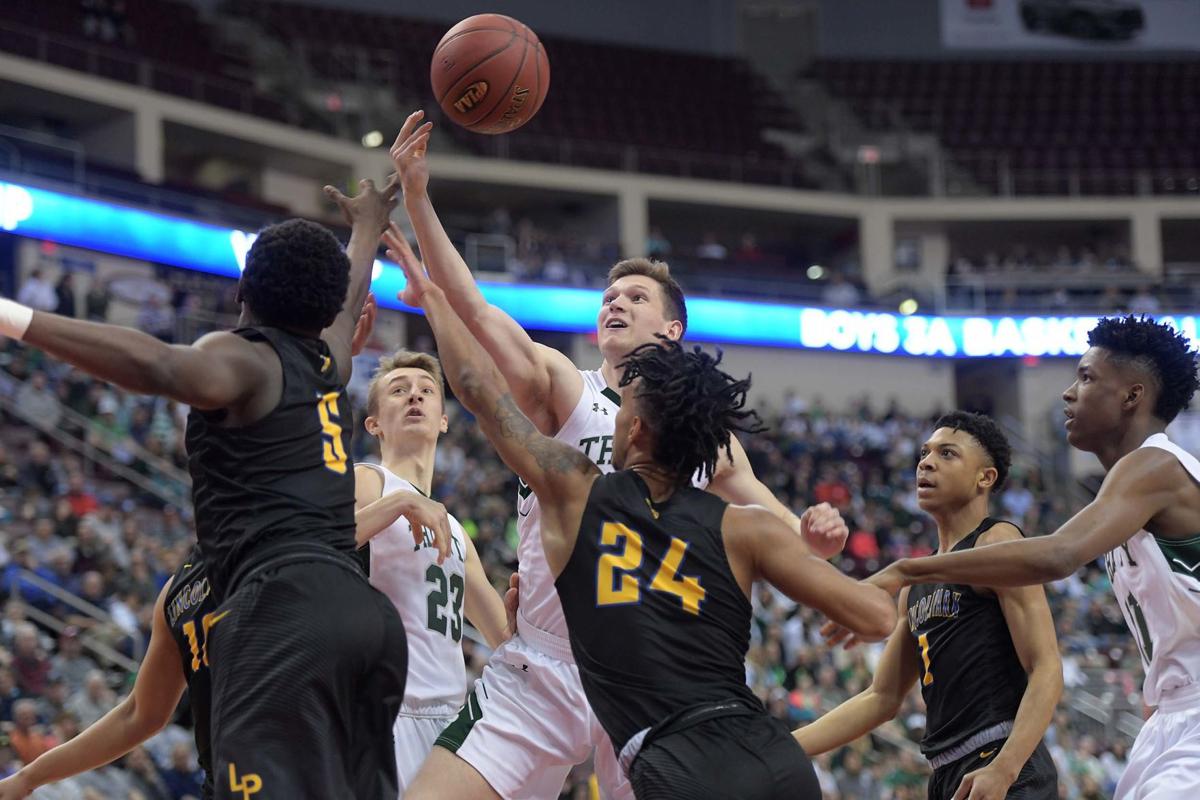 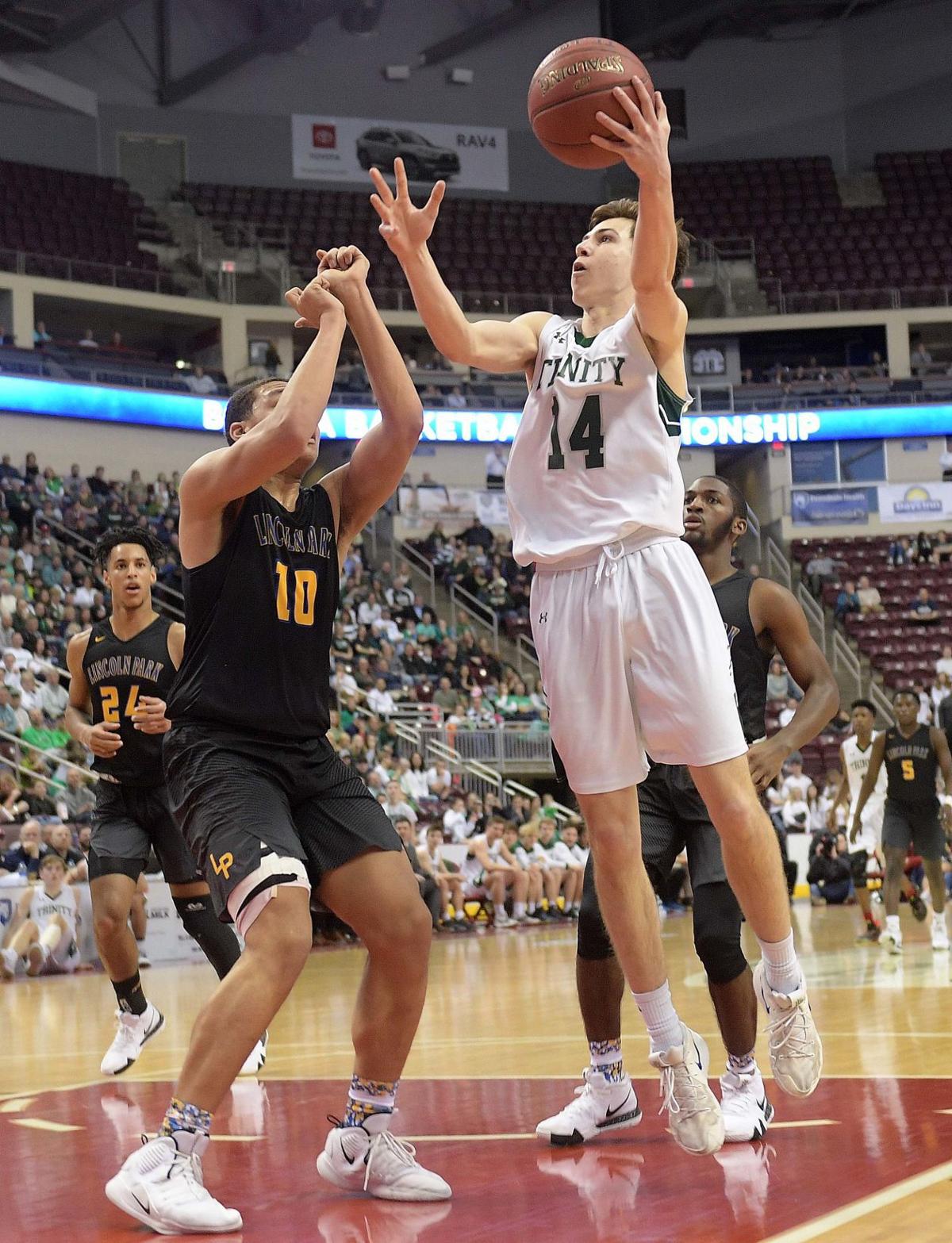 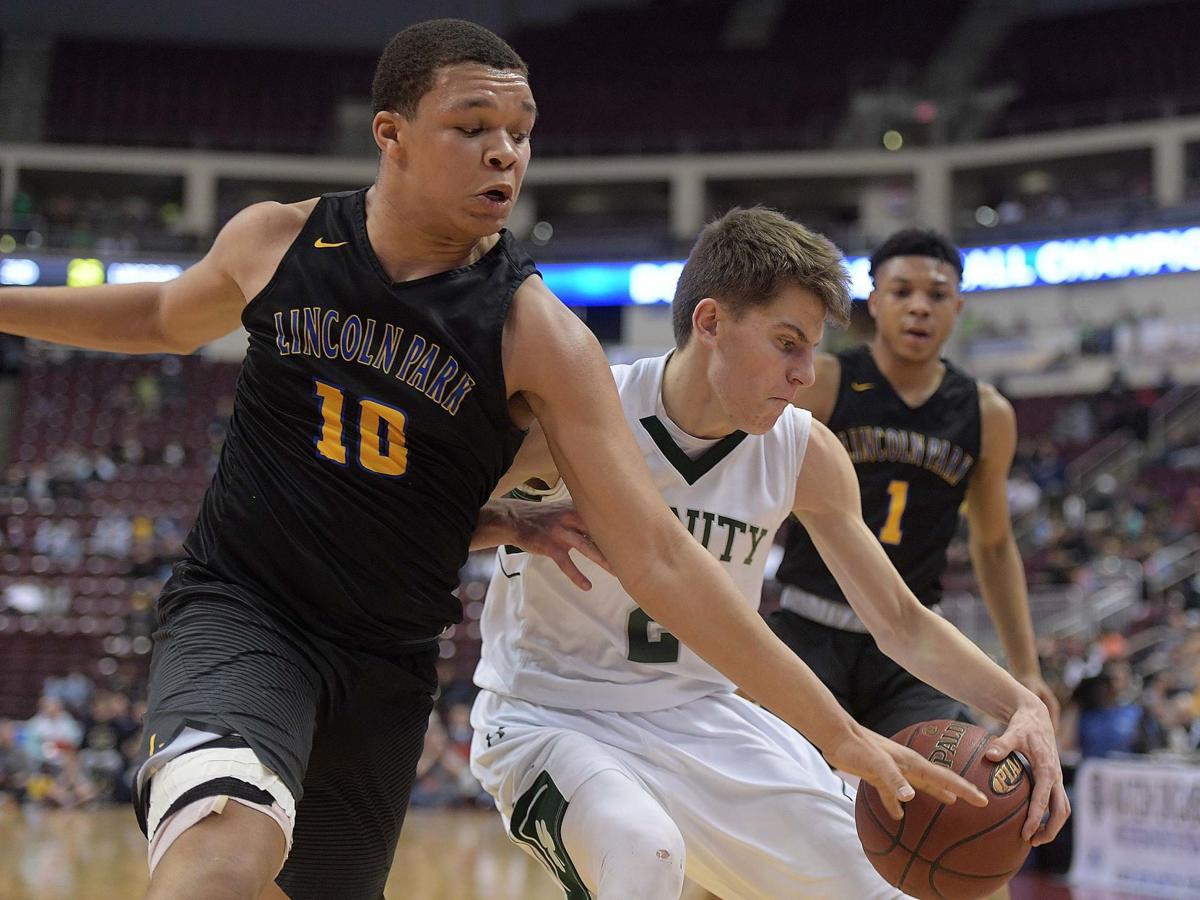 Trinity’s Aley Zangari, right, avoids having the ball tapped out of his hands by Lincoln Park’s Andre Wilder during the second quarter of their PIAA Class 3A State Championship Saturday afternoon at Hersheypark Arena. 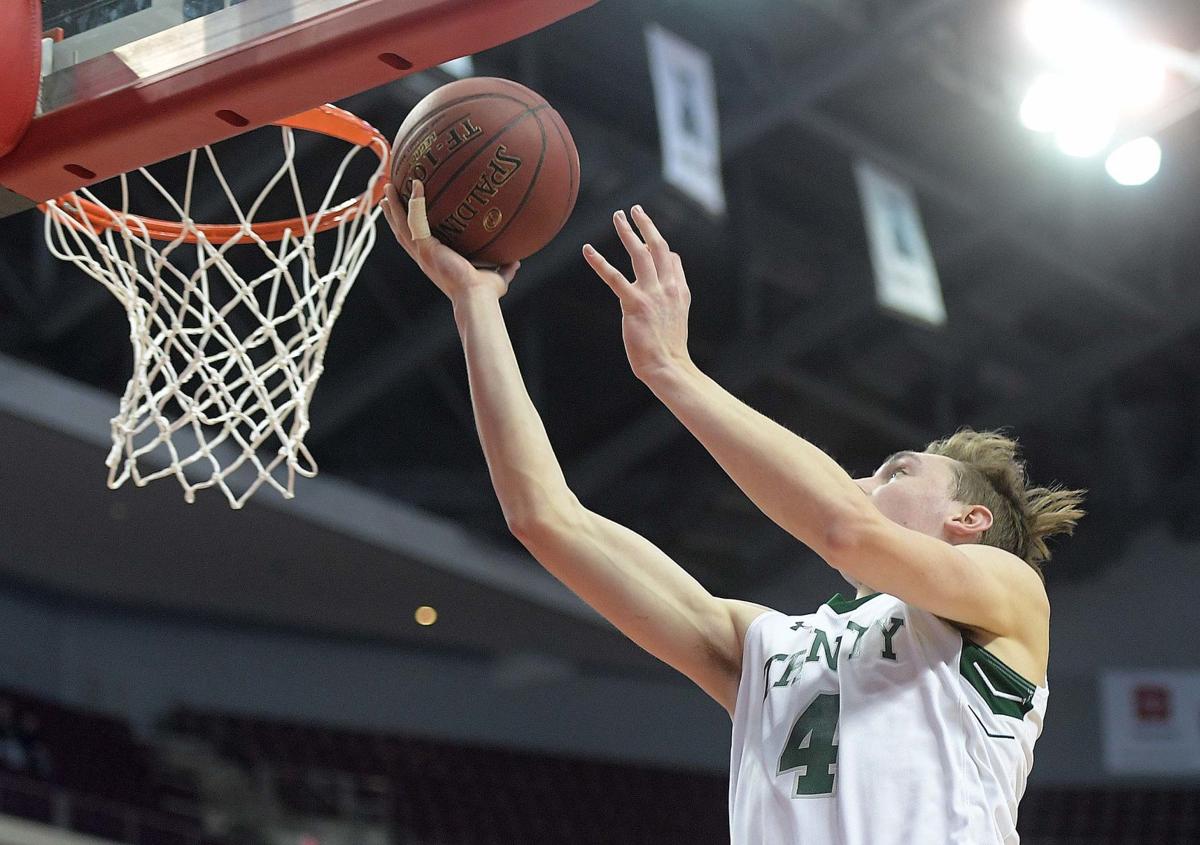 Trinity’s Patrick Walker shoots for two point during the second quarter of their game against Lincoln Park at the PIAA Class 3A State Championship Saturday afternoon at Hersheypark Arena. 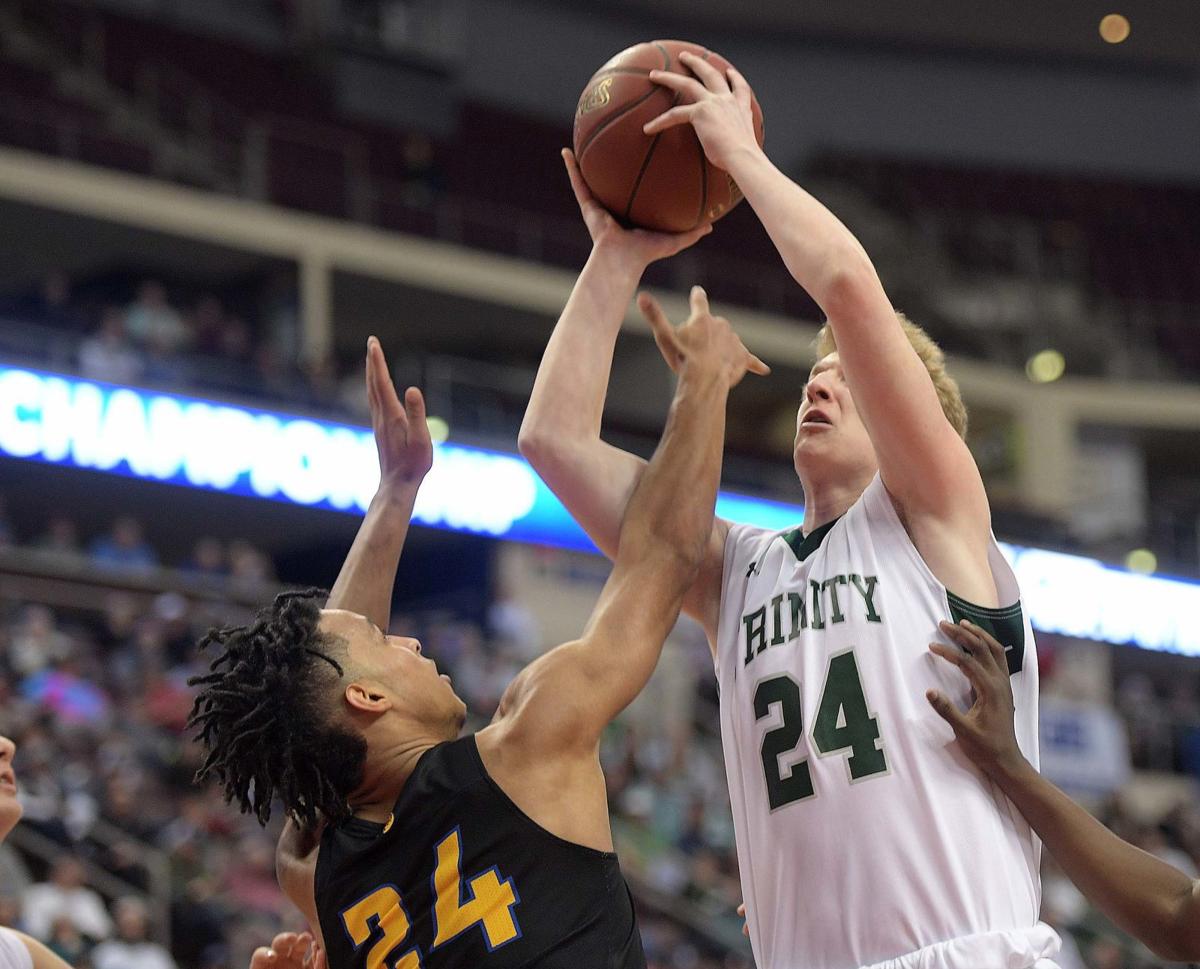 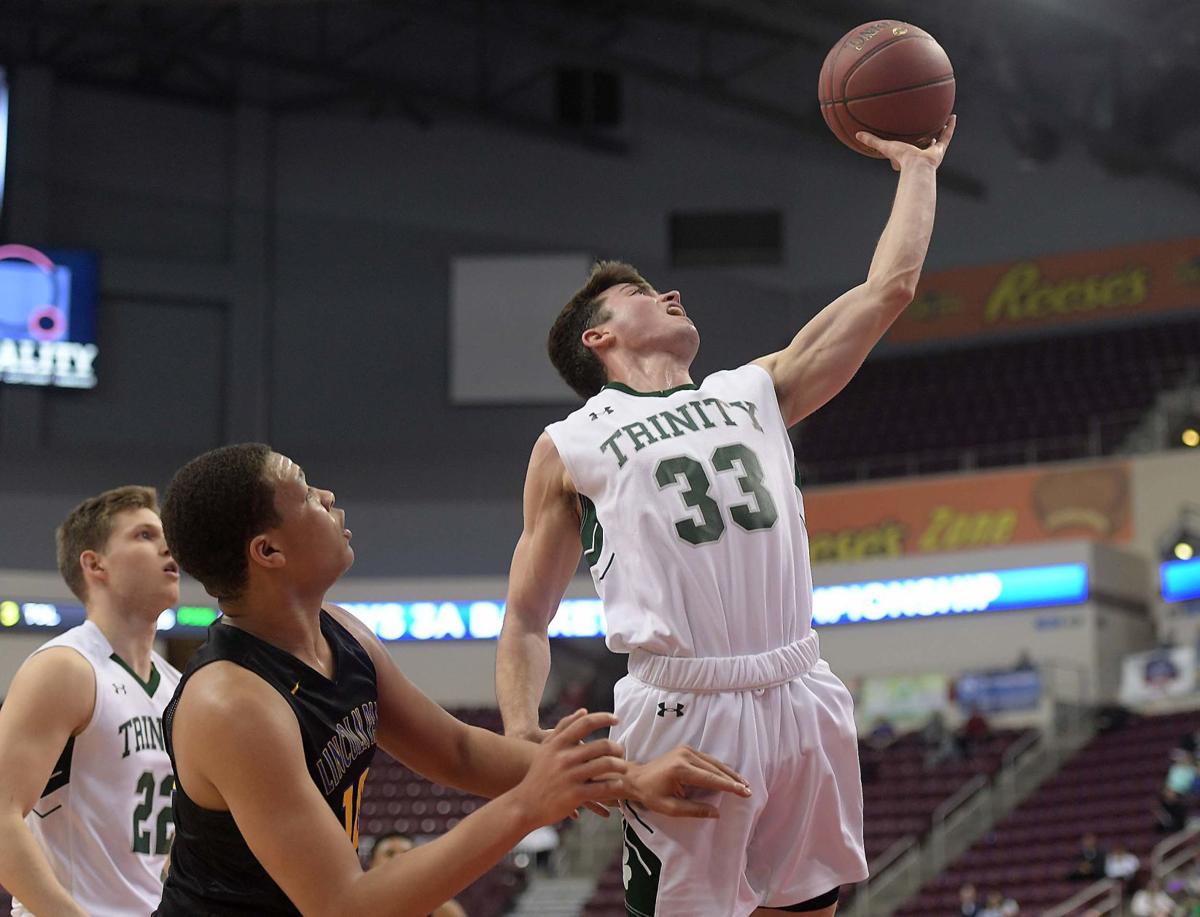 Trinity’s Matt Long, right, tries to tap a rebound back into the basket but misses the shot in front of Lincoln Park’s Andre Wilder during the third quarter of their PIAA Class 3A State Championship Saturday afternoon at Hersheypark Arena. 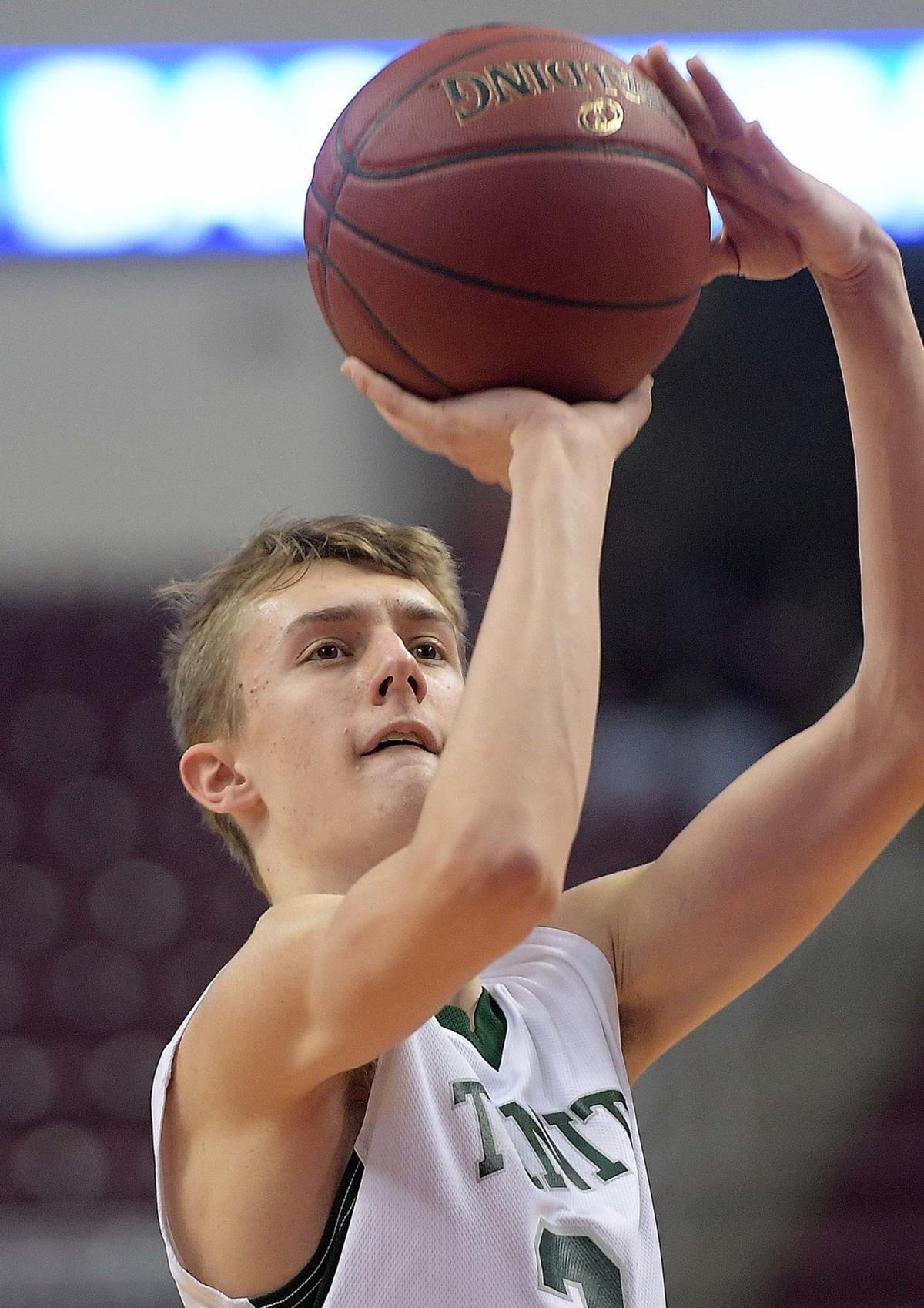 Trinity’s Marcus Beckett shoots a free throw during the third quarter of their against Lincoln Park at PIAA Class 3A State Championship Saturday afternoon at Hersheypark Arena. 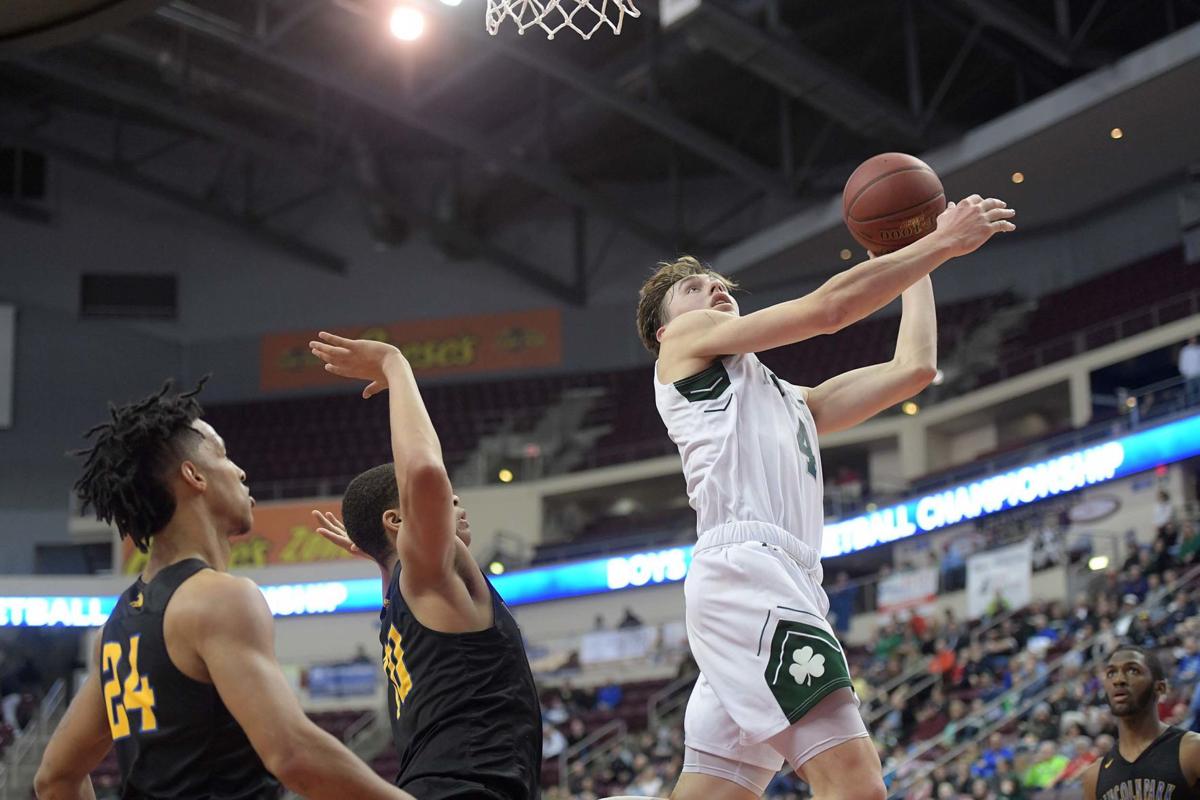 Very good is underselling it. It’s easily one of the best performances by a Sentinel-area player in a state championship.

That is not to compare Westry and Owens. That would be wildly unfair. The two are completely different players. Owens was a once-in-a-generation talent. Westry is certainly off to an excellent start in his varsity career, but it’s far too early to project how good he will be.

But the guard’s effort on a championship stage is hardly one to scoff at.

Westry averaged 15.9 points in 30 games in his rookie season, and he rose to the occasion as the playoff stakes grew bigger every night, averaging 18 points in seven playoff games before his 40-point bomb.

“He’s just a great player. He’s a competitor, ultra-competitive kid,” Shamrocks head coach Larry Kostelac Jr. said of just the third freshman in his 35 years of coaching to start for him. “He’s not a refined product yet, he’s got a long way to go, he’s a young kid, he’s going to get bigger and stronger. And the sky’s the limit for him, it really is.”

Westry’s dominance was nearly enough for Trinity to erase a 68-52 deficit in the final three minutes.

He scored 10 in the opening quarter. And after Lincoln Park found a way to bottle him up by clogging driving lanes in the second and third quarters, he still managed to uncork 17 points in the fourth quarter.

Sure, some of that came while the Leopards were without lane-stuffers Andre Wilder and Keeno Holmes, who fouled out midway through the frame, but Westry was also clearly gassed over the final eight minutes.

He played 30 minutes, second only to LP’s Johnnie Bryant and Isaiah Smith, who combined for 32 points (to Westry’s 40) and 21 shots (to Westry’s 23). He didn’t miss a minute of the second half, even though there was a brief discussion during a timeout about resting him.

HERSHEY — By all accounts, the game should’ve been over.

“We tried to, but in talking with Chance, he wasn’t — he said he’s fine,” Kostelac said. “And I trust Chance. There wasn’t any thought of that.”

“I told coach that I wanted to get it done, and I’m going to give it all I got,” Westry said.

Westry had everything working in this one. The 40 points was a career high, as were his four 3-pointers. His 12 free throw attempts and 10 makes were his third most ever.

He scored in transition, scored on catch-and-shoots, scored on penetration. And when he wasn’t scoring, he found open guys who could.

“We tried to deny him for most of the third quarter,” Lincoln Park head coach Michael Bariski said. “And it worked for a little bit, we got the lead.”

“He came in clutch for them,” said Smith, tasked with guarding the Penn State recruit during the game. “He had 40 points. He played big, but we tried to double-team him, get on the ball.”

It was a championship-worthy performance, even if it didn’t end with one. Perhaps he’ll get one in the coming years.

3 for the weekend: 3 videos and classic games to watch while you await the return of local sports

Miss sports as much as we do? We're here to help with weekend suggestions. This week: Carlisle's 1988 championship, behind the scenes on Trinity's 2019 title appearance, Ball-Swartz Part 4 highlights.

Trinity boys basketball was on track to avenge last year's state title loss. Then the winter championships were cancelled on Thursday, leaving the team to wonder, "What if?"

The four-time state champ talked about how he cut a recruiting pitch from Michael Jordan short to go outside to play pickup basketball, his Carlisle, Syracuse and NBA days, and more.