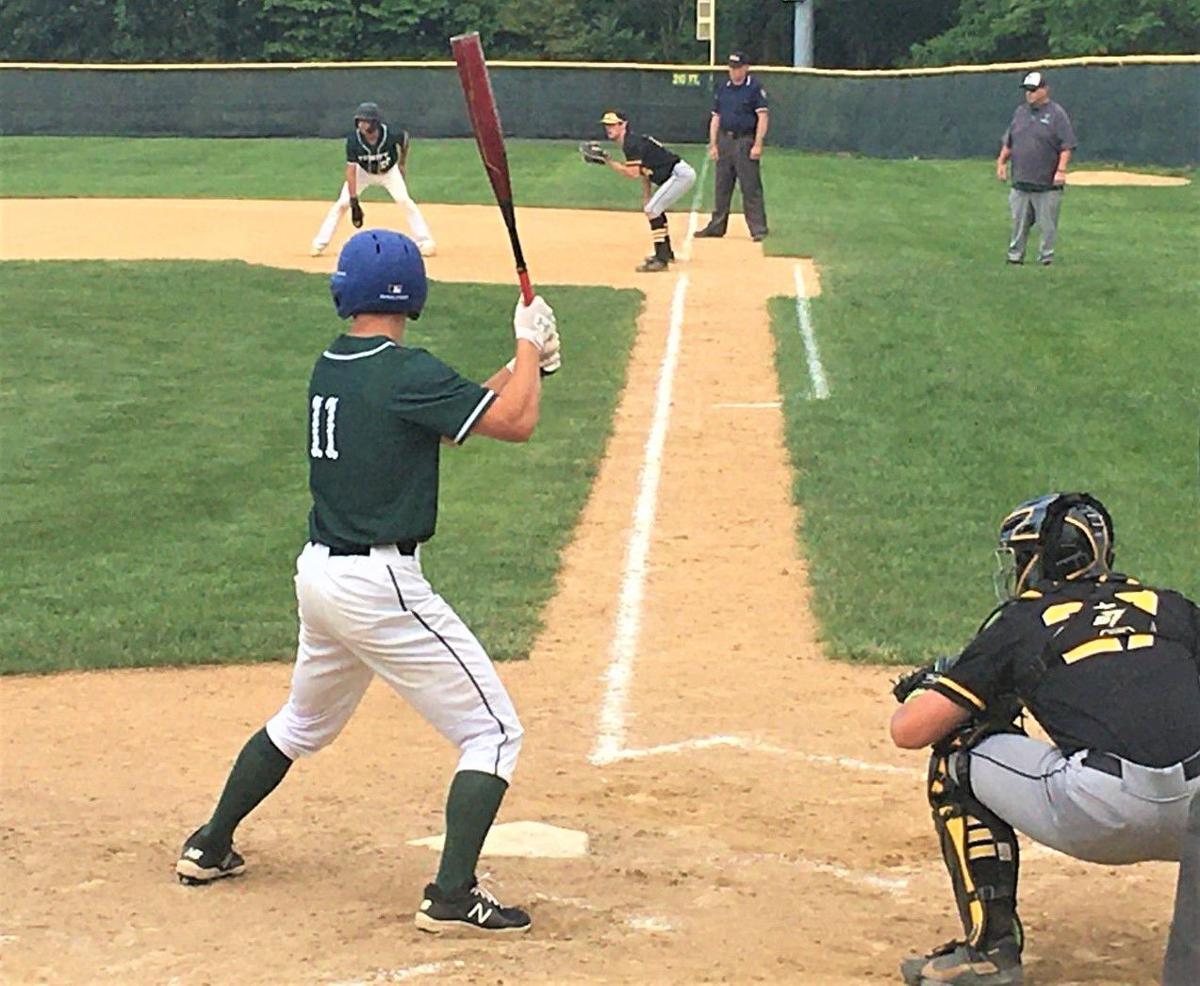 Trinity's JT Cap steps up to the plate in a PIAA Class 3A quarterfinal game against Lake-Lehman Thursday. 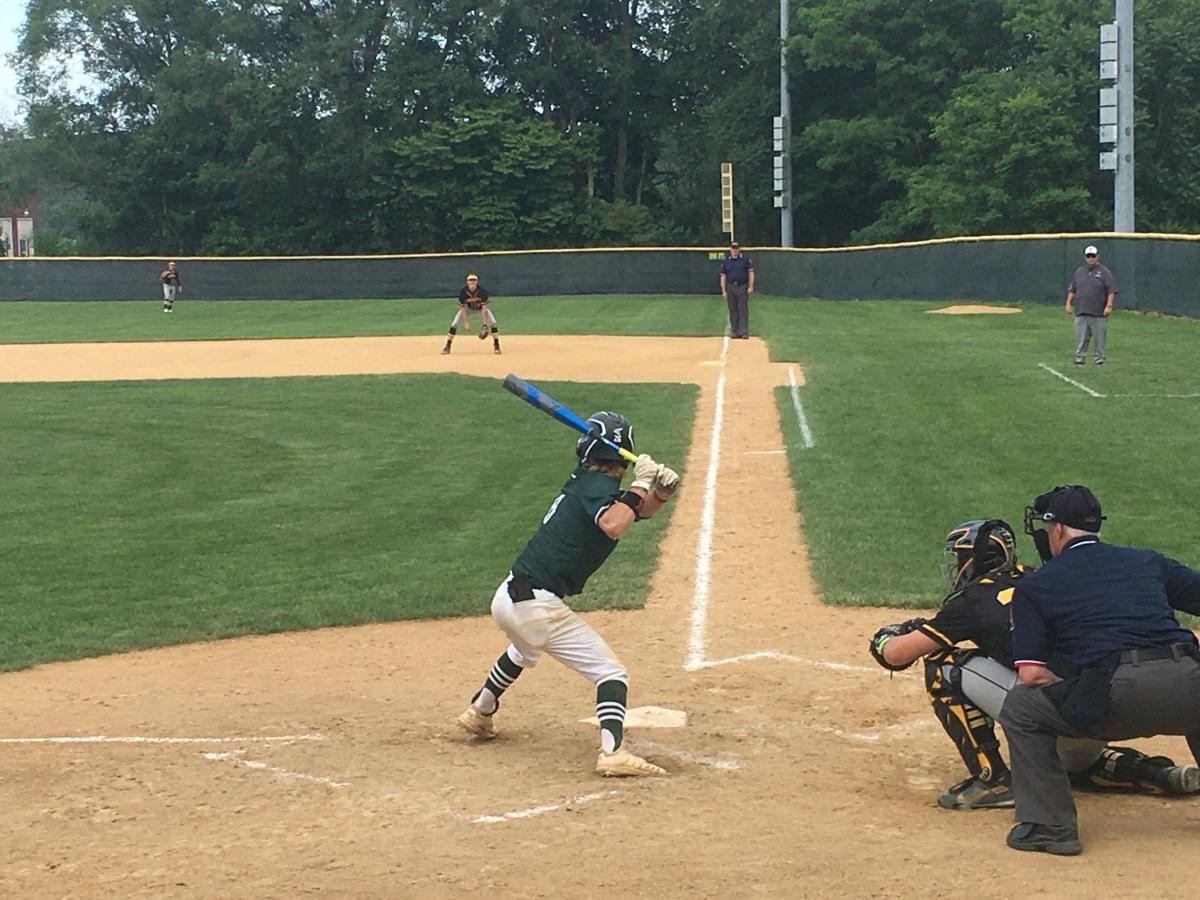 Trinity's Ryan Ness gets ready to swing in a PIAA Class 3A quarterfinal game against Lake-Lehman Thursday. 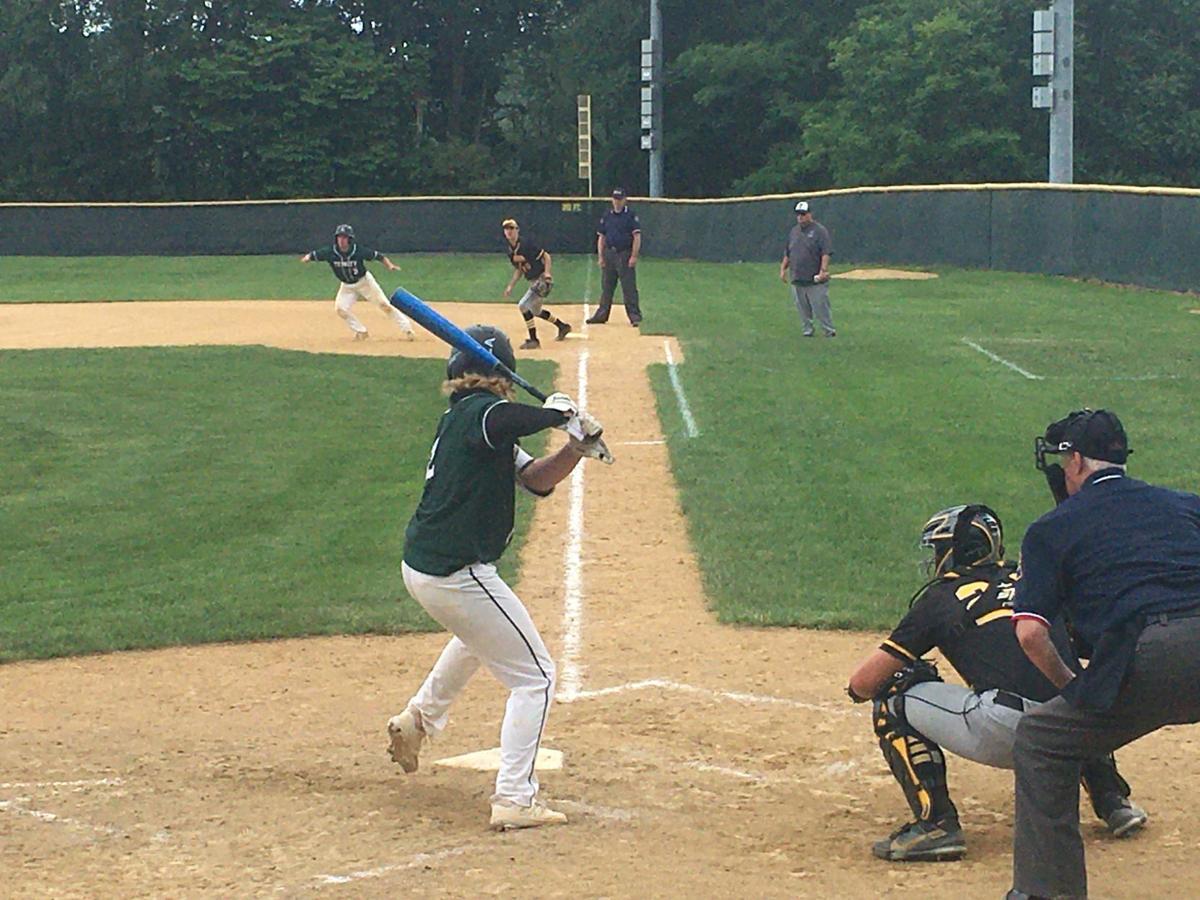 Trinity's Landon Kuntzelman gets ready to swing in a PIAA Class 3A quarterfinal game against Lake-Lehman Thursday. 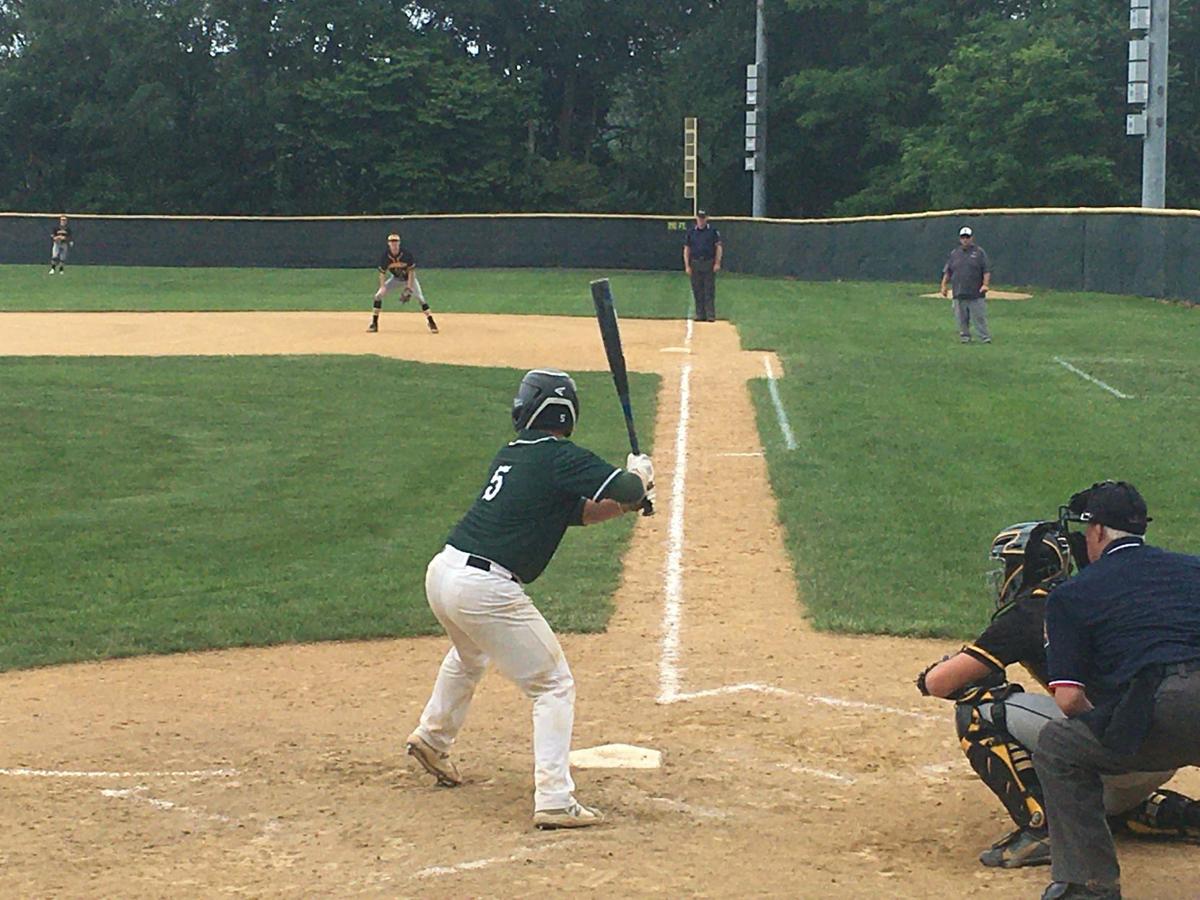 Trinity's Payton Warner steps up to the plate in a PIAA Class 3A quarterfinal game against Lake-Lehman Thursday.

It started with the program's first ever state berth by placing runner-up in the District 3 Class 3A Championships.

Then came a 5-4 victory over Philadelphia area perennial power Neumann-Goretti in Monday’s first round tilt.

But when the Shamrocks faced the Knights of Lake-Lehman in Thursday’s quarterfinals, Trinity’s historic run came to end. And it was because of one deciding factor: Louisiana State University signee Ty Federici.

Gauging a mid-90s fastball on the hill, Federici stymied the prolific Shamrock starting nine to a trio of hits, four walks and five strikeouts, propelling Lake-Lehman to a 2-0 PIAA Class 3A quarterfinals nightcap win at Walter Stump Stadium.

“Ty was a solid left-hander and I could certainly understand why he’s an LSU commit. He certainly had command of the zone,” Trinity head coach Chris Cap said. “I thought him and his catcher were really on the same page the entire day, and we simply just could not sustain any innings today.”

The Knights drew first blood in the bottom half of the first as Cole Morio legged out an infield single and moved to second on a throwing error. Three at-bats later, Graedon Finarelli scored Morio on an RBI single. Lake-Lehman’s only other run came on Max Paczewski fourth-inning sacrifice fly, which scored No. 8 hitter Corey Bean who led off the inning with a double.

While the Knights’ southpaw quieted the Trinity bats, Pfeffer held up his end of the bargain for the Shamrocks. Pfeffer fired a full six innings, scattering nine knocks on two runs (one earned), two free passes and one strikeout.

“Ethan Pfeffer. … What a gamer,” Cap said of his starter. “I told everyone in the huddle, 99 times out of 100, if you have a starting pitcher that can give you that kind of an effort, you’re going to win that ballgame. Unfortunately, today, Ty was just a little bit better.”

The Knights scored 13 runs Monday against Loyalsock Township in the first round and averaged eight runs a game this season. Pfeffer held them to six runs under their season average.

Lake-Lehman (18-2) will square off against District 3 No. 1 seed Oley Valley — who defeated Trinity in the District 3 championship — in the 3A semifinals after the Lynx squeaked by Scranton Prep Thursday 8-6.

Cap looking back on the historic season: “I put it into perspective, the media picked us to finish fourth in our division this year. And we took that as a challenge. We felt we had the guys in this ballclub that we’d go a lot further than that position in our division. We ended up finishing second in the Capital, which is one of the premier divisions, in my estimation, in entire Commonwealth.”

Cap on the future of Shamrock baseball: “I’m excited about 2022 and what that brings. Every new season involves hope, and for me to be involved with these young men, for an entire season, has just been a blessing.”

Josh McCombs on the challenge Federici brings on the mound: “He definitely had a good fastball, definitely commanded the outside corner. It was just hard to get a read off it.”

Niu on what he’ll remember most of this season: “Freshman year. There’s seven of us, five of us who started freshman year, and it was always just to talk about once we’re upperclassmen, getting to the further stages in playoffs.”

Look to the Chargers and Seahawks to make the playoffs

US Open: Can Phil Mickelson make the cut after A +4 Round 1

US Open: Can Phil Mickelson make the cut after A +4 Round 1

An injury could cost Jacob deGrom an award

An injury could cost Jacob deGrom an award

"The younger kids here are hoping to be like them when they grow up. They're good role models. They're great kids. They're winners in my book." ~ Red Land's Nate Ebbert

Red Land will enter its third state title appearance after a shutout over Manheim Central in Monday's Class 5A semifinals.

Manheim Central is the foe standing in the way of Red Land in Monday's PIAA Class 5A semifinals. The Patriots are looking to reach their third state final appearance in program history.

"I couldn't have asked for a better four years with them. Of course, it’s not the way that we wanted to end, but it's the journey, not the destination, we've had as a group.” ~ Benny Montgomery

Cole Wagner's walk off in the bottom of the seventh inning landed Red Land its first District 3 Class 5A title in 31 years over Northern Friday afternoon.

Trinity's JT Cap steps up to the plate in a PIAA Class 3A quarterfinal game against Lake-Lehman Thursday.

Trinity's Ryan Ness gets ready to swing in a PIAA Class 3A quarterfinal game against Lake-Lehman Thursday.

Trinity's Landon Kuntzelman gets ready to swing in a PIAA Class 3A quarterfinal game against Lake-Lehman Thursday.

Trinity's Payton Warner steps up to the plate in a PIAA Class 3A quarterfinal game against Lake-Lehman Thursday.