Become a Member
Read Today's E-edition
Share This
Outdoors: Another trout season on the horizon for Midstate
0 Comments
Share this
B.J. Small For The Sentinel

The statewide Opening Day of trout season is set for 8 a.m. Saturday, April 3.

Might there actually be a moment or two that feel recognizable with the past trout seasons?

Last year, the single statewide opening day was Tuesday, April 18, to reduce the opportunity for a congested Saturday opening day, an elevated risk of spreading the coronavirus and a lack of social distancing, as the pandemic grew.

The early opening day means the coming trout season will be longer and the trout trucks will be rolling about two weeks earlier than in previous seasons.

Preseason stocking is underway and will be completed by opening day.

Because of COVID restrictions, there will be restrictions on public participation in stocking.

Again, for the safety of the general public, there will not be walk-up opportunities for volunteers to help. Volunteers will be selected and pre-determined so as to maintain social distancing and mask wearing. This will also allow for float stocking by experienced groups.

This also means that streams that are designated as stocked trout waters are closed to fishing as of Feb. 15, when stocking began.

There will be a single Mentored Youth Trout Day on March 27, and Voluntary Youth Licenses that were purchased in 2020 will be honored.

Hunters, anglers and boaters are having a more pleasant (read efficient) experience with getting licenses and permits, with the launch of HuntFishPA, a new user-friendly link to the Pennsylvania Fish and Boat and Game commissions.

I bought and printed my new fishing licenses and permits, and it was a snap.

The new platform repopulates your information if you previously purchased a license or permit, making it easy.

The fishandboat.com and pgc.pa.gov websites provide an automatic link to HuntFishPA, which replaces the Pennsylvania Automatic Licensing System platform known as the Outdoor Shop.

In addition to license and permit purchases, HuntFishPA is a modern platform for boat registration renewals, lotteries, draws and permits on any device at any time. There is also harvest reporting and a 24/7 call center support.

“Today’s hunters, trappers and anglers look for convenience in securing the licenses they need, and they want that process to be as easy and hassle-free as possible,” Game Commission Executive Director Bryan Burhans said. “HuntFishPA was developed to help meet those demands, helping ensure your next license purchase will be the best you ever experienced.”

“During a time when so many Pennsylvanians are enjoying the great outdoors, the launch of this new and improved system ensures that getting your required licenses is as simple and convenient as possible,” said Tim Schaeffer, executive director of the Pennsylvania Fish and Boat Commission. “We think users will appreciate the modern look and features we have included to make the purchase of your licenses fast and easy, so you can spend more time out on the water or in the woods.”

License issuing agents also have access to the HuntFishPA platform.

One more thing is different. The new fishing and hunting licenses bought at the store are printed on durable green paper, replacing the yellow used previously.

A new feature for fishing and boating licensees and permits is an auto-renewal option to automatically buy next year’s licenses and permits.

Six black bears went down in Cumberland County during the most recent seasons as part of the sixth-best tally ever, statewide, at 3,608.

The take last year was down significantly from the 27 bear killed in 2019.

Statewide, bowhunters set a record in the extended archery season for bears, killing 948.

Bears were taken in 59 of 67 counties and 22 of Pennsylvania’s 23 Wildlife Management Units in the 2020 season.

The largest bear for 2020 was a 719-pound male killed by a crossbow on Nov. 7 in Ayr Township, Fulton County, by Abby Strayer of McConnellsburg.

The heaviest bear ever taken in Pennsylvania was an 875-pounder killed in 2010 in Pike County.

Since 1992, seven black bears weighing at least 800 pounds have been killed legally during Pennsylvania hunting seasons.

Send your wild thoughts and photos to bjsmall@comcast.net.

Photos: Stocking trout in the Big Spring Creek in 2018 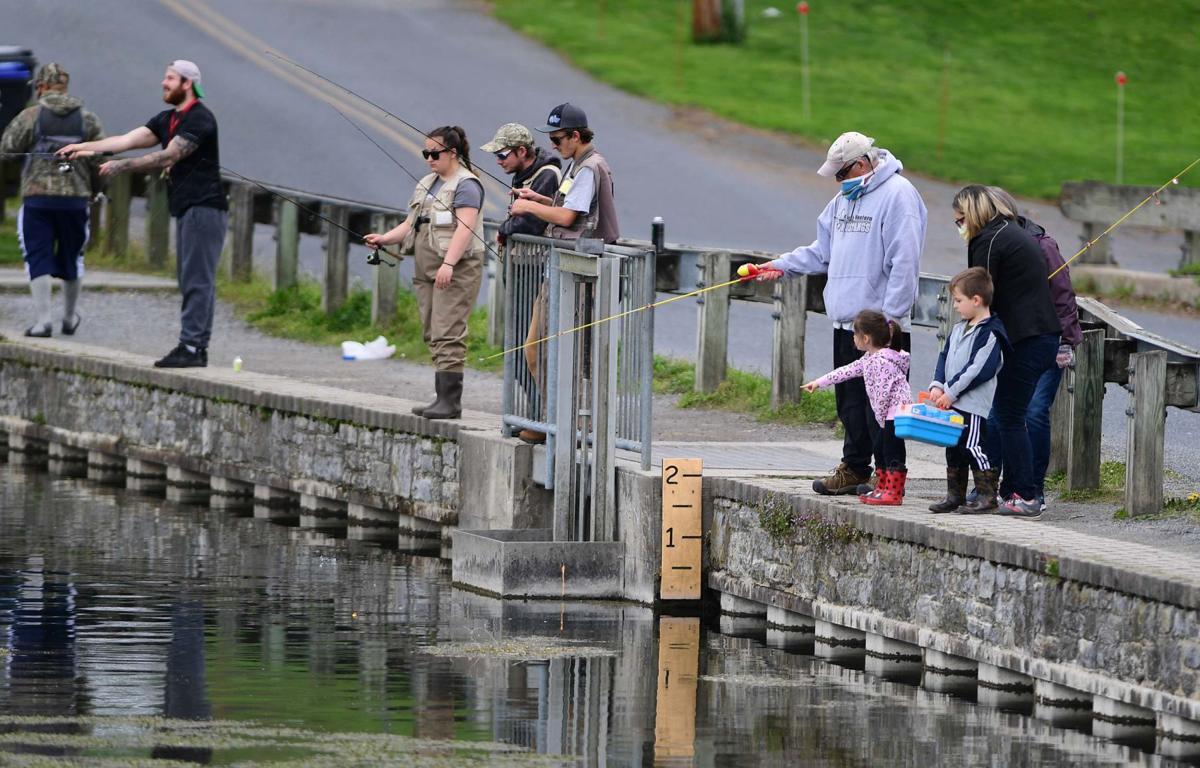 People enjoy the weather as they fish at Children’s Lake, Boiling Springs April 29, 2020. 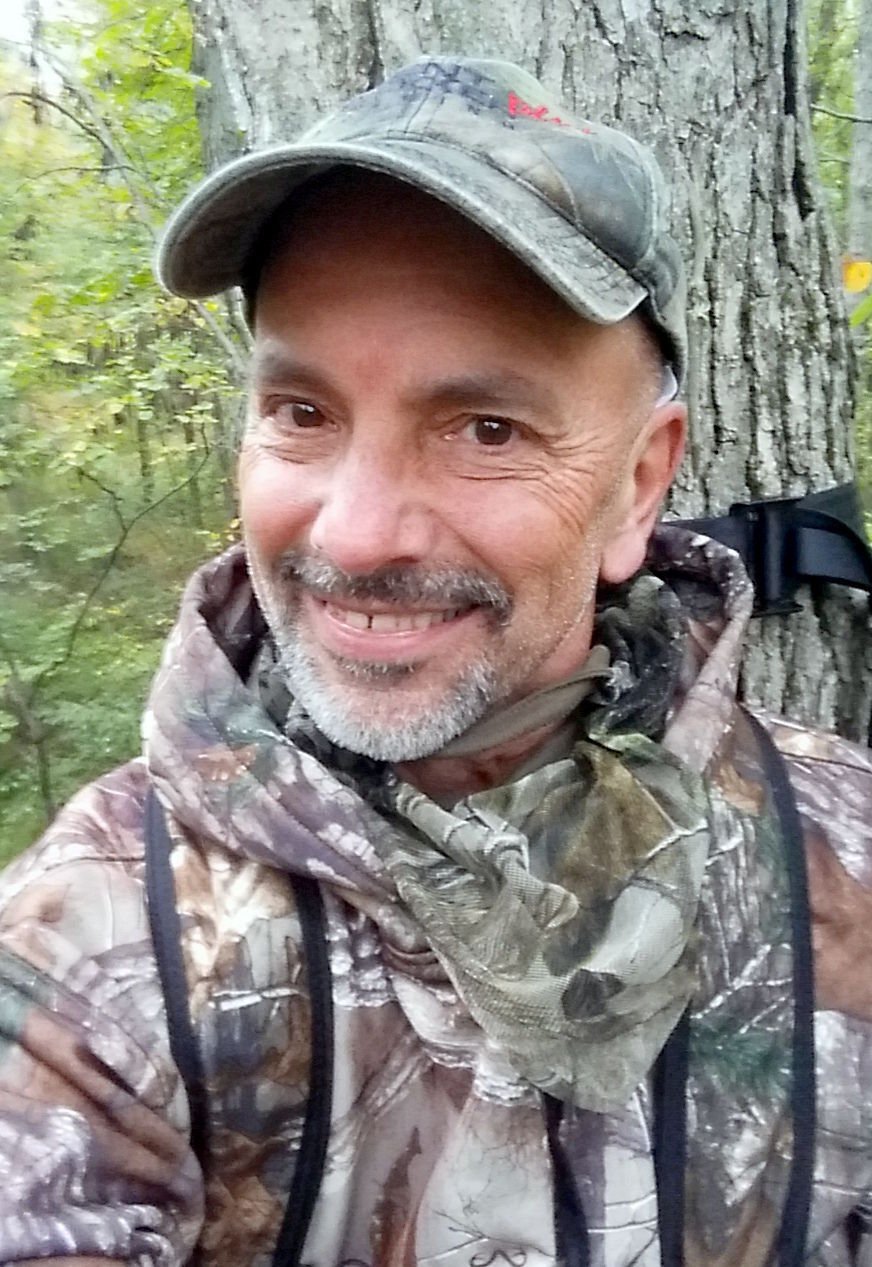