“I wasn’t scared at all because I was too busy enjoying the view,” said Rohrer, a retired teacher from Valley Center who made the leap at Skydive Elsinore in Lake Elsinore to celebrate his 90th birthday.

Although Rohrer wasn’t the oldest jumper that school manager Romulo Rangel has taken up for a tandem jump, he was the most unusual. Rohrer lost both of his legs to blood clots in the past 10 years and he needed a specially designed jumpsuit to ensure that his body didn’t slip out of the harness that connected him to Rangel during the five-minute descent from an altitude of more than 13,000 feet.

Rohrer’s wife of 50 years, Barbara, seemed equally unworried about her husband’s feat of derring-do. He’s also an avid wheelchair tennis player and rough-water kayaker who usually plays and paddles with people from 20 to 70 years his junior. Competing with people half his age has helped keep her husband young at heart, she said.

“He’s very much a can-do person,” said Barbara, who taught and has served as an administrator and board member for North County school districts since the mid-1980s. “He was always very active, but after he lost his legs he was determined to do everything he did before. It just takes him longer.”

More than a dozen friends and family members showed up at the landing field to cheer Rohrer on. They included his kayaking buddy Andrea Zelones, who has frequently paddled up to 21 miles upstream with Rohrer on the Colorado River.

“Nothing holds him back,” Zelones said. “He is so strong and such a fast paddler. It’s hard to keep up with him.”

His niece Karyn McCartney of Scripps Ranch was also there, snapping photos on her smartphone. Although she’s able-bodied, McCartney fills in as her uncle’s wheelchair tennis partner whenever he plays doubles.

“He loves his spin serve,” she said. “He’s a really good player.”

When asked the secret to his good health and longevity, Rohrer said it involves being active and surrounding himself with young people. They push him to work harder physically and they challenge him to stay current with changing times and technology. He maintains an active Facebook page, shares Ted Talks and podcasts with family members and regularly attends Meetup groups to mingle with people of common interests.

“People my own age don’t do the kinds of things I want to do. I like being active and I like being outdoors,” he said.

Born on Jan. 7, 1930, Rohrer grew up in the tiny town of Wakarusa, Ind. From 1954 to 1956, he served in the U.S. Air Force as a first lieutenant communications officer in Daegu, South Korea. His job involved a lot of travel in single-engine spotter airplanes and jet planes. Twice during his deployment he was a passenger on planes that ran out of gas mid-flight. By comparison, he said, Friday’s skydiving flight was a piece of cake.

He met his future wife, Barbara, in 1968 while attending a summer school program in Guadalajara, Mexico. During a rainstorm at some tennis courts, they took shelter under the same tree and the next day he asked if he could hold her books while she attended class. When she got them back, her books were filled with written notes, compliments and the request for a date. They married in June 1969 and had two daughters in the early 1970s, Susan Shea of Vista, who cheered her dad on from the ground Friday, and Linda Rohrer of downtown San Diego, who also leapt from the plane.

The Rohrers started their teaching careers in Indiana. He taught physics. She taught grade school. They moved to Valley Center in 1973 after he accepted a job as a math teacher at the former Lincoln Middle School in Vista. Five years later, he retired from teaching to become a full-time rancher, farming 56 acres of avocado on their property. He retired for good in 2006.

Before he lost his legs, Rohrer was an avid tennis player and swimmer and he hand-built his own wood kayaks. One of his favorite hobbies was hiking, particularly in the Anza-Borrego Desert State Park, where he once discovered a cave filled with Indian pictographs. Ten years ago, he suffered an aneurysm behind his left knee and his leg had to be amputated above the knee. Three years later he lost his right leg the same way. Prosthetics legs were too painful, so he decided to adapt to life in a wheelchair without any special accommodations.

He uses only a hand-propelled wheelchair, climbs stairs using his arms and refused to adapt his house to suit his needs. Last month, when the garage door opener broke, he fixed it himself by working from his wheelchair from the bed of his truck. He also taught himself how to sew with a hand-operated machine. His latest sewing project involved shortening and sealing the leg holes on his skydiving jumpsuit.

Daughter Linda said that after her father lost his legs, he insisted on being as self-sufficient as possible because he didn’t want to become a burden to his wife and family. And when Barbara survived a recent bout with cancer, he became even more determined to make every day they have together memorable.

After his jump, Rohrer said he has no burning desire to leap out of another plane, but he was grateful he got a chance to see from above the mountain ranges where he used to hike years ago.

“It was beautiful up there,” he said. “I could see the San Jacinto Mountains so clearly and I saw all the way out to the ocean and Catalina Island. It was great.”

Nance, a snow sculpture complete with a snout, tusks and a tail, is around 75 feet long and includes slides and staircases.

‘Am I really alive?’: Man buried for 50 minutes recalls rescue from avalanche

When the avalanche first caught Bill Fuzak, he fought to stay on top of the roiling mass.

Toward the end of November 2002, Lauren DeLand’s body started to ache. Her head hurt. She was fatigued. Barely able to get up in the mornings, she slept most days, flip-flopping between the bed and the couch.

Transgender athlete Chris Mosier’s advice: ‘Be the person you needed when you were younger’

Chris Mosier’s motto is “Be the person you needed when you were younger.”

Unusual gifts for the outdoorsy person in your life

It’s that time of year again. The air is cold, snow (maybe) is on the ground and you’re scrambling to buy gifts for the outdoorsy folks in your life. 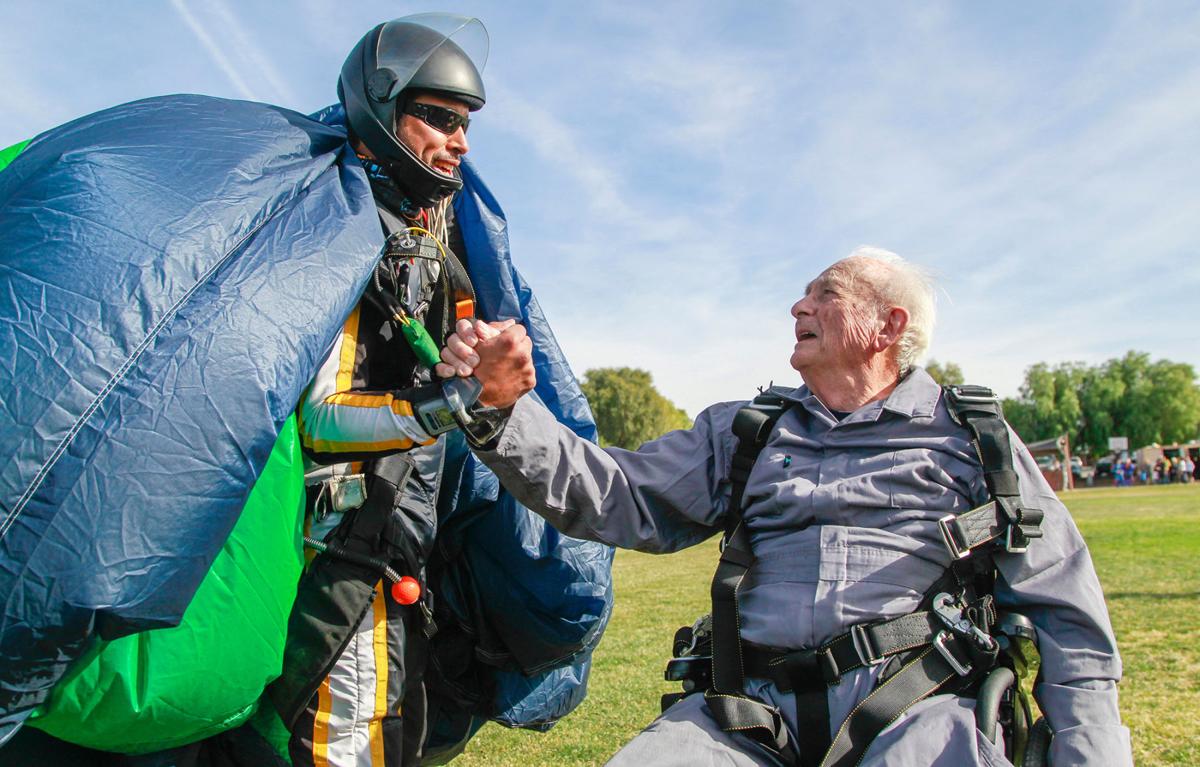 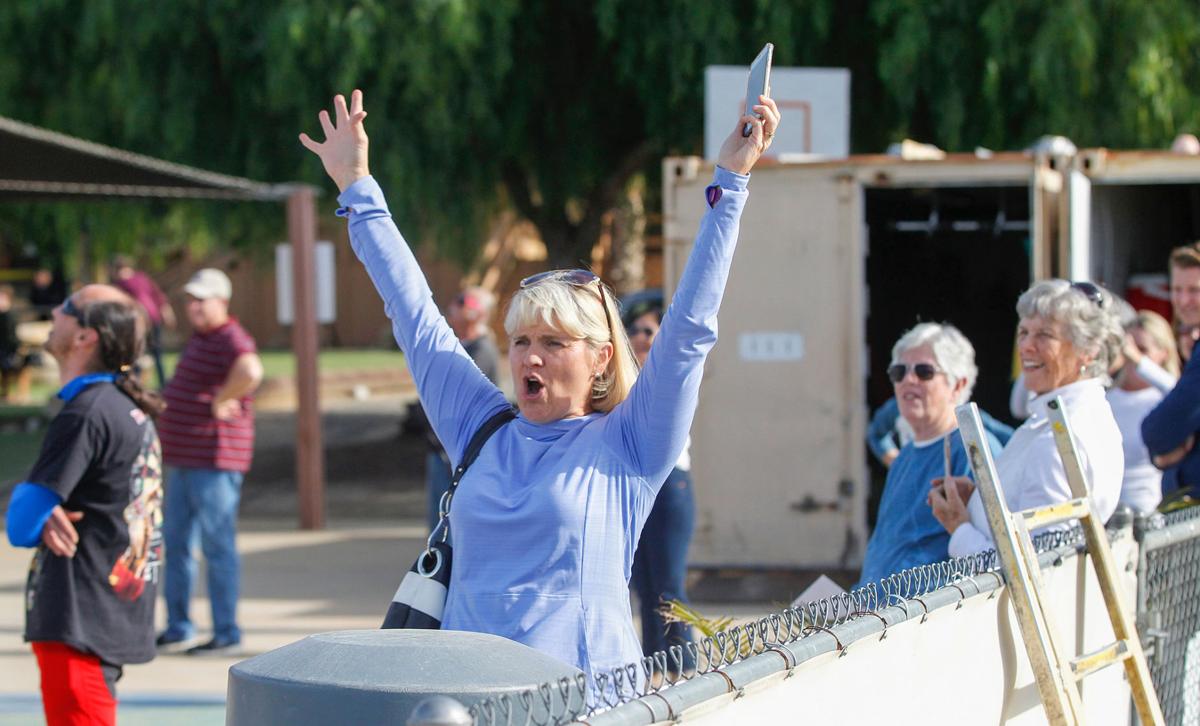 Karyn McCartney cheers her uncle Stanley Rohrer, a double amputee who turned 90 on Jan. 7 after his jump at Skydive Elsinore on Jan. 3, 2020 in Lake Elsinore, Calif. (Eduardo Contreras/San Diego Union-Tribune/TNS) 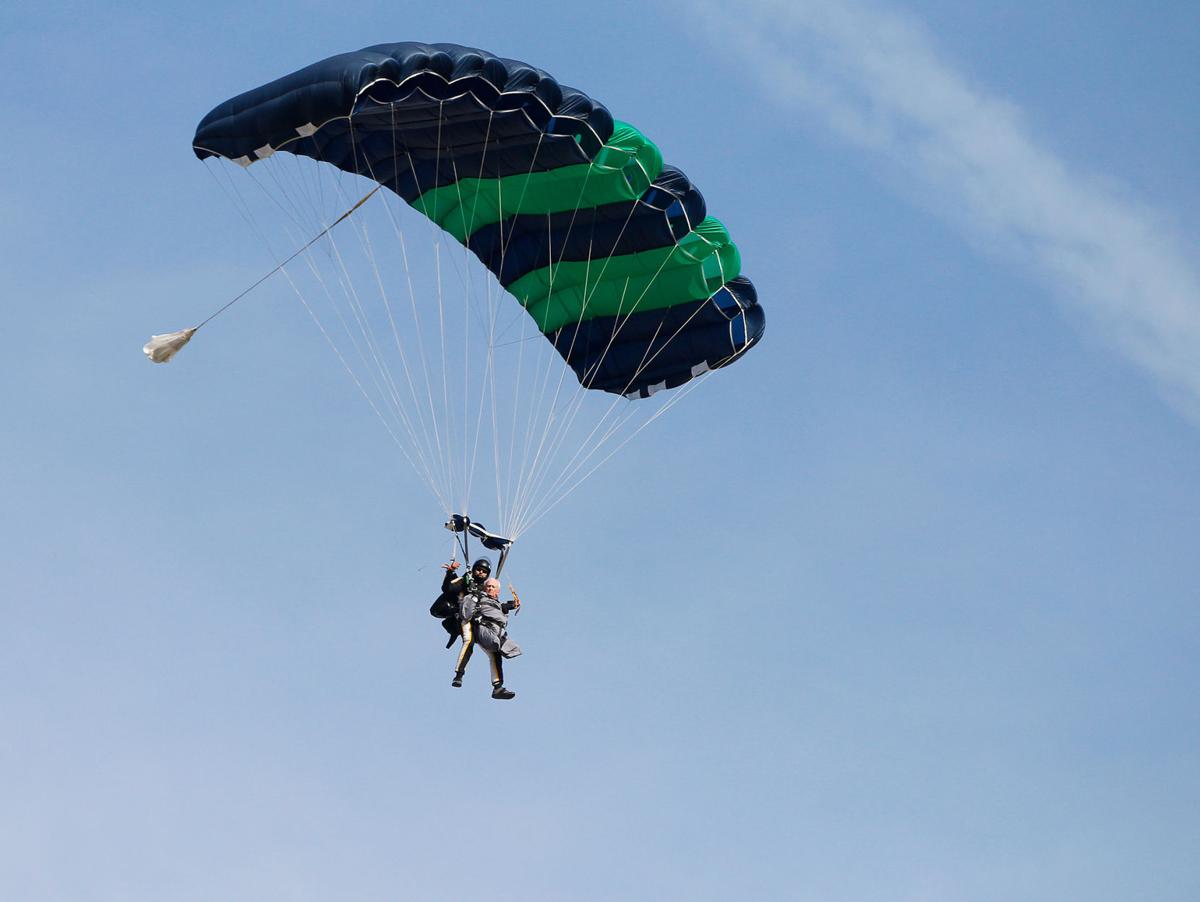 Stanley Rohrer (front), a double amputee who turned 90 on Jan. 7, parachutes with tandem instructor Romulo Rangel (back) as they land at Skydive Elsinore on Jan. 3, 2020 in Lake Elsinore, Calif. (Eduardo Contreras/San Diego Union-Tribune/TNS) 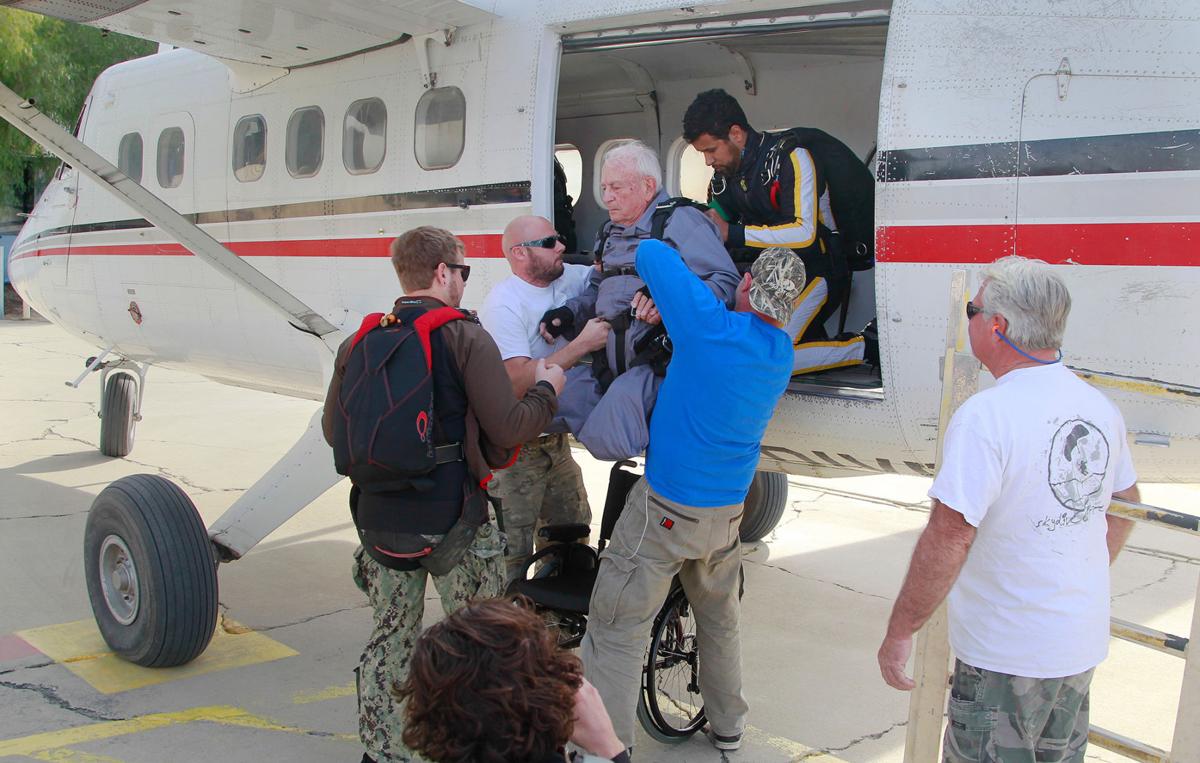 Stanley Rohrer, a double amputee who turned 90 on Jan. 7, is lifted into an airplane as he prepares for a tandem jump at Skydive Elsinore on Jan. 3, 2020 in Lake Elsinore, Calif. (Eduardo Contreras/San Diego Union-Tribune/TNS)