CANTERBURY, N.H. (AP) — An off-the-grid New Hampshire hermit known to locals as “River Dave” whose cabin burned down on wooded property where he was squatting for 27 years has been inundated with offers from as far away as California for a new place to live.

David Lidstone, 81, lived in the woods along the Merrimack River in the town of Canterbury. He was jailed on July 15 on a civil contempt sanction and was told he'd be released if he agreed to leave the cabin. The property owner, Leonard Giles, 86, of South Burlington, Vermont, wants Lidstone off the property.

Fire destroyed the cabin on Wednesday afternoon, the same day Lidstone appeared in court to defend himself. He was released Thursday from the Merrimack County Jail, after a judge ruled that he would have less incentive to return to “this particular place in the woods” now that the cabin had burned down. His whereabouts were unknown.

The state fire marshal's office said it is investigating the blaze, but deferred questions to the Canterbury Fire Department. Lt. Dave Nelson of Canterbury Fire said he expects the investigation to take a few days and there were no updates available about its cause on Thursday.

“We just had the fire yesterday, it takes a while,” Nelson said.

Lidstone, who is originally from Maine, lived on a woodlot located a few miles from Interstate 93 north of the state's capitol city of Concord. He told a judge during a Wednesday court appearance that he had no desire to comply with the order to leave the cabin. Most of his possessions were removed from it before the fire.

Lidstone's off-the-grid lifestyle has made him a folk hero in northern New England, and news of the cabin fire led to sadness and empathy among his supporters. Horace Clark, a cousin of Lidstone's who lives in Vermont, said the fire was "both sad and sick."

The wooden, two-level A-frame cabin had a small, cluttered kitchen with pots hanging from the ceiling, some appliances, and curtains on the windows. His porch had a footstool with a base made of stacked beer cans. He converted a wood stove into a beehive. He attached lights, a mirror and a pulley for a clothesline to logs supporting the cabin. There were piles of firewood.

Nearby was a gravel path leading to vegetable garden plots outlined by logs and some berry bushes. Lidstone got his water from a stream.

In court, Merrimack County Superior Court Judge Andrew Schulman agreed that Lidstone wasn't hurting anyone, but said the law was clearly on the landowner's side.

"You're doing your own thing in the 'Live Free or Die' state, so there's a lot of sympathy to you for that," he said. "But there's a lot of weight on the other side of the balance sheet, and not just about what the (landowner) wants to do with the land, but the weight I feel to uphold the judgment of the court and the rule of law."

Jodie Gedeon, an avid kayaker who befriended Lidstone about 20 years ago, had been working with other supporters to help him, including organizing a petition drive and collecting money to cover property taxes.

"I'm devastated," she said when she learned about the fire.

"He's just a really, really, big caring guy, and just chooses to live off the grid," she said in an interview last week. "It really is about humanity, it really is about compassion, empathy ... he's not hurting anybody."

The woodlot Lidstone called home was just a few miles away from Interstate 93. But it was hidden by the trees, on 73 acres that's been used for timber harvests. The property has been owned by the same family since 1963.

The owner of the land had been seeking to tear down the cabin before the fire.

Lidstone has claimed that years ago, the owner gave his word — but nothing in writing — allowing him to live there.

Property owner Leonard Giles, 86, of South Burlington, Vermont, didn't even know Lidstone was there until the town administrator found out in 2015 and told him, expressing concern "with regard to the solid and septic waste disposal and the potential zoning violations created by the structure," according to Giles' complaint in 2016.

Lidstone, a bearded, small-framed, spritely man, resisted efforts to leave since a judge issued an order for him to vacate in 2017. Following that, both sides had attempted to reach some sort of agreement for him, but were unsuccessful, according to court documents.

The vast bulk of Lidstone's personal items had been removed from the cabin before the fire, Giles' attorney Lisa Snow Wade said Wednesday night. Several outbuildings remained, and no animals were found, either running around or deceased, Canterbury Fire Chief Michael Gamache said.

Photos: 'River Dave' forced out after living in woods for 27 years

After decades in woods, New Hampshire man forced from cabin

Man injured by jaguar after crossing barrier at Florida zoo, and more of this week's weirdest news

Why Olympians bite their medals and what they do with them

The sight of a jubilant Olympian standing atop the podium after being victorious in their discipline with a gold medal between their teeth is an iconic one.

We've seen it numerous times at the 2020 Tokyo Olympic Games already, across a host of disciplines.

The official Tokyo 2020 account even went as far on Sunday to try to remind people that the medals are not, in fact, edible.

"We just want to officially confirm that the #Tokyo2020 medals are not edible," it said.

"Our medals are made from material recycled from electronic devices donated by the Japanese public. So, you don't have to bite them ... but we know you still will."

But why do these victorious athletes decide to celebrate their coronation by pretending to take a bite out of their gold medals?

David Wallechinsky, Executive Committee Member of the International Society of Olympic Historians, told CNN in 2012 that it's probably an attempt to satisfy the media.

"It's become an obsession with the photographers," says Wallechinsky, co-author of "The Complete Book of the Olympics." "I think they look at it as an iconic shot, as something that you can probably sell. I don't think it's something the athletes would probably do on their own."

The phenomenon is not exclusive to the Olympics though.

Tennis superstar Rafael Nadal has become famous for looking like he wants to take a chunk out of the trophies he wins, in particular the Coupe des Mousquetaires — the French Open men's singles trophy — he's become so acquainted with.

Victorious athletes across the Olympic spectrum have gone to different lengths to find a place for their medals.

Team GB's Tom Daley, who won the men's synchronized 10m diving competition with his partner Matty Lee on Monday, knitted a pouch to keep his gold medal safe while he was in Tokyo.

Daley, who took up crocheting over lockdown during the coronavirus pandemic, posted on Instagram that he had made the holder to "prevent it getting scratched."

For Slovenian cyclist Primoz Roglic, who won gold in the men's individual time trial, he admitted the medal itself surprised him.

"Actually, it's quite a heavy thing, but it's beautiful. I'm super proud and happy," he told the media.

In 2008, Team USA footballer Christie Rampone told the Tampa Bay Times that her array of medals was hidden amongst the pots and pans in her house as she believed they would be the last places someone might look.

During his early days at the Olympics, Michael Phelps came up with some innovative methods to transport his medals around.

In a "60 Minutes" interview with Anderson Cooper in 2012, Phelps said he kept his eight gold medals from the 2008 Beijing Games in a traveling makeup case wrapped in a grey T-shirt.

Given he is the most decorated Olympian of all time with a total of 28 medals, Phelps might have to adopt a new method to house them.

However, not all athletes have held onto their Olympic keepsakes.

Superstar boxer Wladimir Klitschko told CNN that he sold the gold medal he won at the 1996 Atlanta Games for $1 million, with the funds going to the Klitschko Brothers foundation — a charity set up by him and his brother Vitali to help impoverished children in their home nation of Ukraine.

"We care about education and sport, that is the key in any children's life," Wladimir said.

"It is always in life like that, you go down but you have to get up, and sport gives you this great lesson."

U.S. swimmer Anthony Ervin auctioned off his 2000 Olympic gold medal on eBay to aid survivors of the 2004 Indian Ocean tsunami.

The local sheriff said he didn't know why the boy's father bought the gun. Several students from the shooting remain in critical condition, including a 14-year-old on ventilator. Here's the latest.

More than 50 now dead in coal mine blast; plus other top news today

Finding other survivors is highly unlikely, officials said. In the U.S., weather may make post-Thanksgiving travel tricky, and hundreds of FedEx shipments have been found dumped in a ravine.

New COVID-19 variant spreads in Africa: What you need to know

It's unclear where the new variant actually arose, but a slew of nations moved to restrict travel from Africa. Here's what you need to know, plus more updates and the latest data on infections and vaccination.

Authorities say eight people were wounded in an attack at a Michigan high school in which three students were killed.

The latest on the new omicron variant: Two new cases confirmed in Britain as new restrictions are being placed on travel with each passing hour.

US sees first case of omicron variant detected in California

The United States' first confirmed case of the omicron coronavirus variant has been identified in California, according to a source familiar.

Two countries half a world apart become the latest to detect the new omicron variant in travelers arriving from southern Africa. Get the latest here.

A fourth student died Wednesday from wounds he suffered when a sophomore opened fire at a Michigan high school on Tuesday. Here's what's known about the victims. 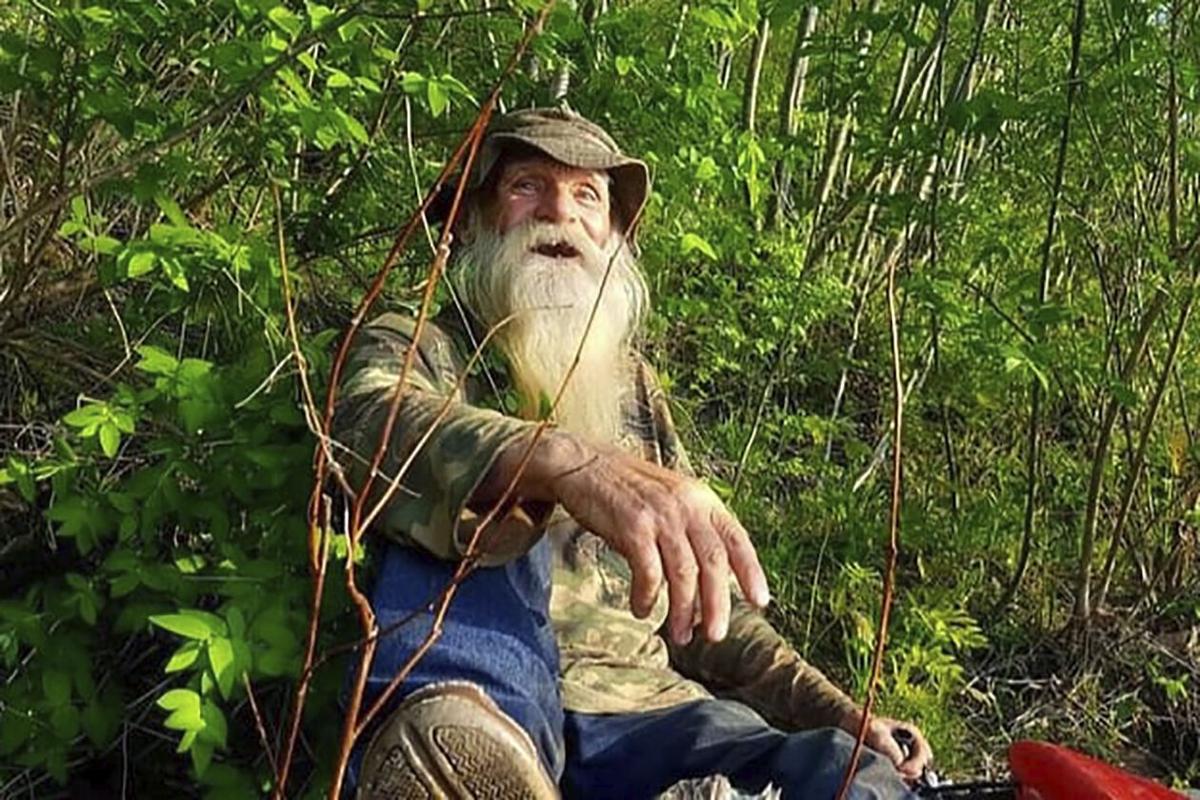 This undated photo provided by Jodie Gedeon shows David Lidstone, 81, who for nearly three decades lived in the woods of Canterbury, N.H., along the Merrimack River in a shack, growing his own food and cutting his firewood. 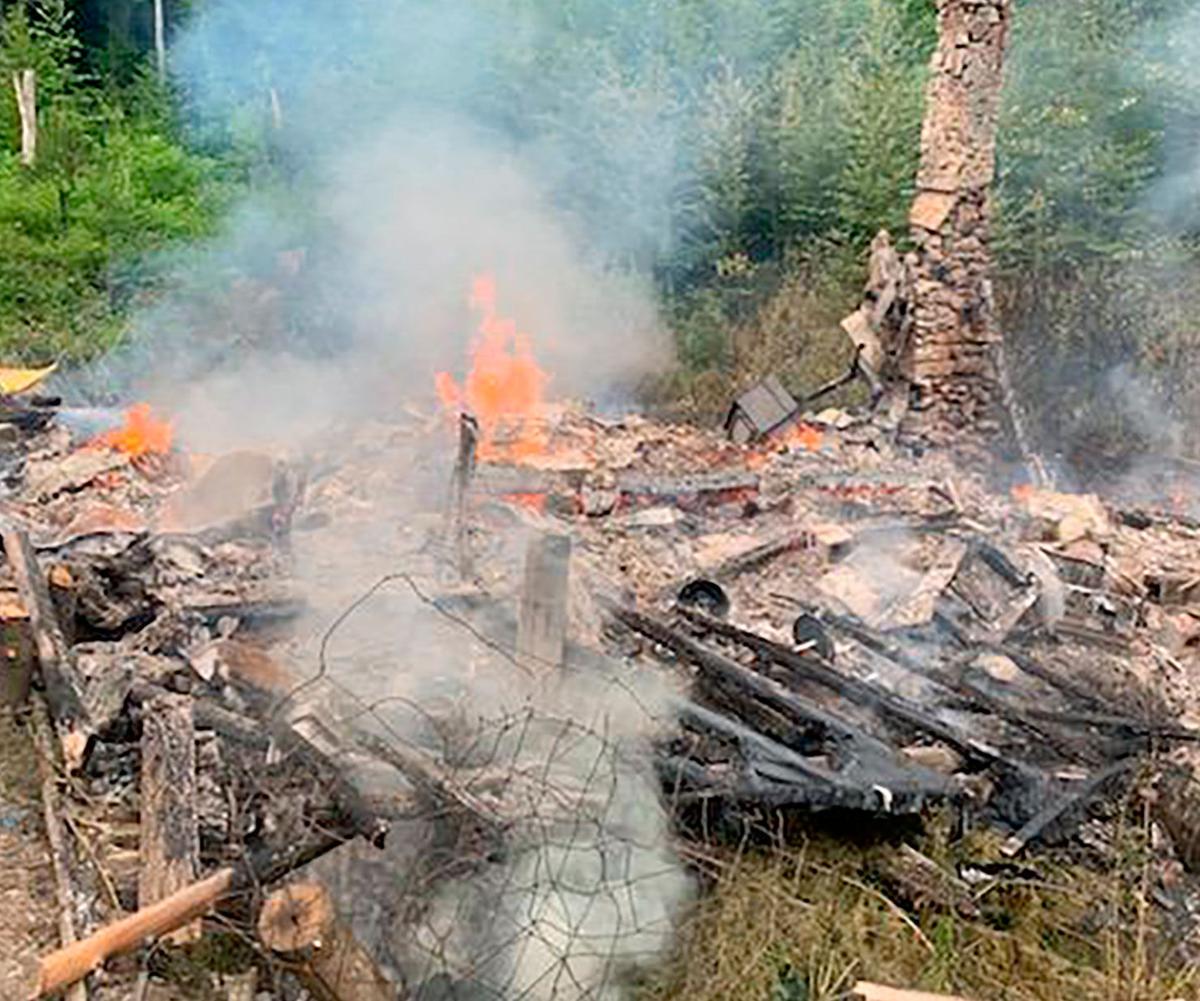 In this photo provided by the Canterbury (New Hampshire) Fire Department, smoke rises Wednesday from the burnt remains of a cabin inhabited by 81-year-old David Lidstone, who for 27 years lived in the woods of New Hampshire along the Merrimack River in the once small, solar-paneled cabin. The New Hampshire State Fire Marshal's Office has opened an investigation into the fire.