Here are today's top stories, celebrity birthdays and a look back at this date in history:

LONG BEACH, Calif. — California Democratic Gov. Gavin Newsom ended his campaign to retain his job in a recall election with a final push from President Joe Biden, who warned that the outcome of the contest could shape the country’s direction on the pandemic, reproductive rights and the battle to slow climate change.

The Democrat who defeated Republican President Donald Trump less than a year ago said that the issues that defined the 2020 race had been resurrected in California, with potentially disastrous results if Newsom is removed in the election that ends Tuesday.

Speaking to hundreds of cheering supporters during a twilight rally in the coastal city of Long Beach, south of Los Angeles, Biden referred to the leading Republican candidate Larry Elder as “the clone of Donald Trump.”

NEW YORK — The very brief Mike Richards era on “Jeopardy!” began on Monday as the beleaguered game show dealt with the embarrassment of opening its 38th season with a host that its fans already know is toast.

Richards stepped down as Alex Trebek's replacement on Aug. 20, and was ousted as the show's executive producer a week and a half later, after it was discovered podcasts he had made in 2013 and 2014 contained demeaning remarks about women and minorities.

His selection as host by Sony Pictures Television after a lengthy run of tryouts by other personalities was already unpopular with fans before the old podcasts surfaced.

NEW YORK — Billie Eilish went full glam in a huge peach ball gown at the pandemic-delayed Met Gala on Monday night, while fellow host of the evening Amanda Gorman was breathtaking in cobalt blue custom Vera Wang with a diamond laurel wreath in her hair.

Rihanna, ever the Met Gala queen, showed up late in a huge black Balenciaga look and hat accompanied by A$ap Rocky in a multicolored quilted coat from ERL. She wore over 267 carats of Bulgari diamonds, including two choker necklaces.

Co-host Timothée Chalamet raced onto Fifth Avenue to take selfies with fans before walking up the steps of the Metropolitan Museum of Art for his entrance after a marching band and gymnast Nia Dennis kicked off the long-awaited evening. Last year's gala was canceled due to the pandemic.

Click on the links below for full version of today's top stories. Keep scrolling for a look back at this day in history and today's celebrity birthdays:

IMAGE OF THE DAY

In 1982, Princess Grace of Monaco, formerly film star Grace Kelly, died at age 52 of injuries from a car crash the day before, and more events…

The local sheriff said he didn't know why the boy's father bought the gun. Several students from the shooting remain in critical condition, including a 14-year-old on ventilator. Here's the latest.

More than 50 now dead in coal mine blast; plus other top news today

Finding other survivors is highly unlikely, officials said. In the U.S., weather may make post-Thanksgiving travel tricky, and hundreds of FedEx shipments have been found dumped in a ravine.

New COVID-19 variant spreads in Africa: What you need to know

It's unclear where the new variant actually arose, but a slew of nations moved to restrict travel from Africa. Here's what you need to know, plus more updates and the latest data on infections and vaccination.

Authorities say eight people were wounded in an attack at a Michigan high school in which three students were killed.

The latest on the new omicron variant: Two new cases confirmed in Britain as new restrictions are being placed on travel with each passing hour.

Two countries half a world apart become the latest to detect the new omicron variant in travelers arriving from southern Africa. Get the latest here.

Here's what you should know about this week's Supreme Court case over abortion, where Roe v. Wade is facing its most serious challenge in 30 years. 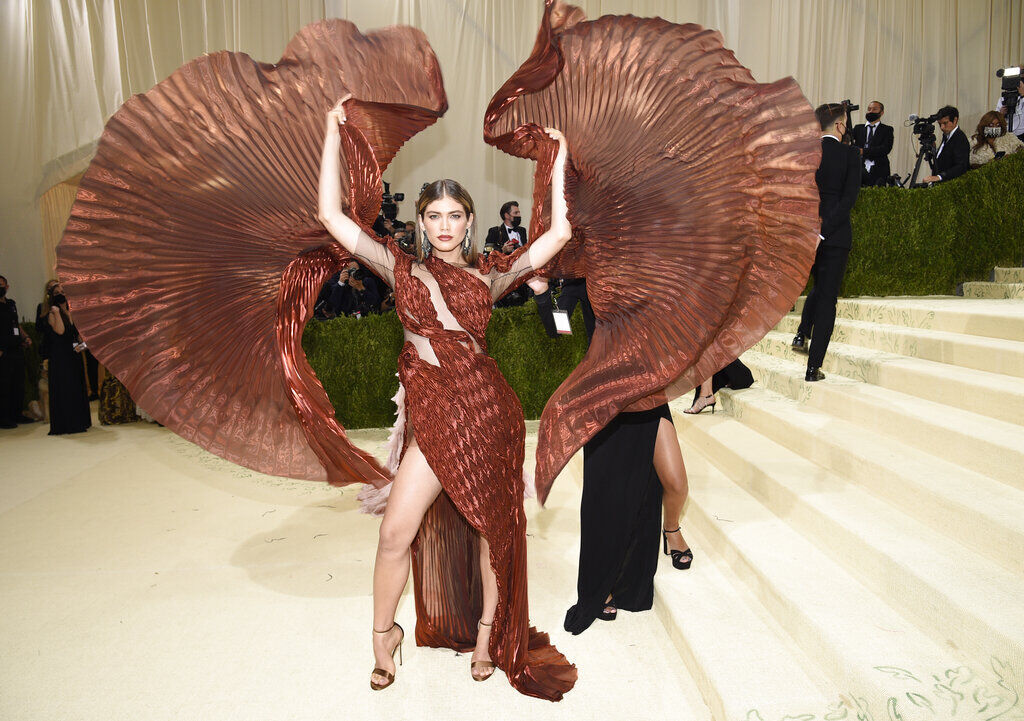 Valentina Sampaio attends The Metropolitan Museum of Art's Costume Institute benefit gala celebrating the opening of the "In America: A Lexicon of Fashion" exhibition on Monday, Sept. 13, 2021, in New York. 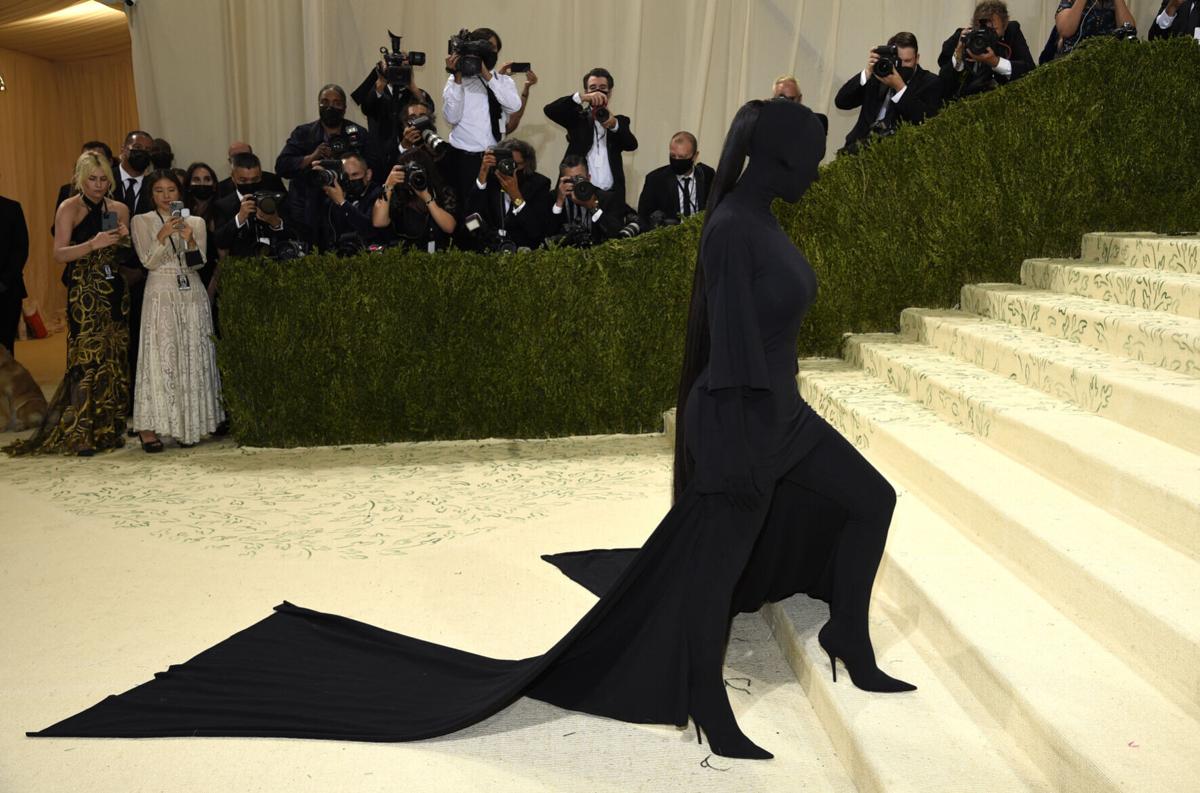 Kim Kardashian attends The Metropolitan Museum of Art's Costume Institute benefit gala celebrating the opening of the "In America: A Lexicon of Fashion" exhibition on Monday, Sept. 13, 2021, in New York. 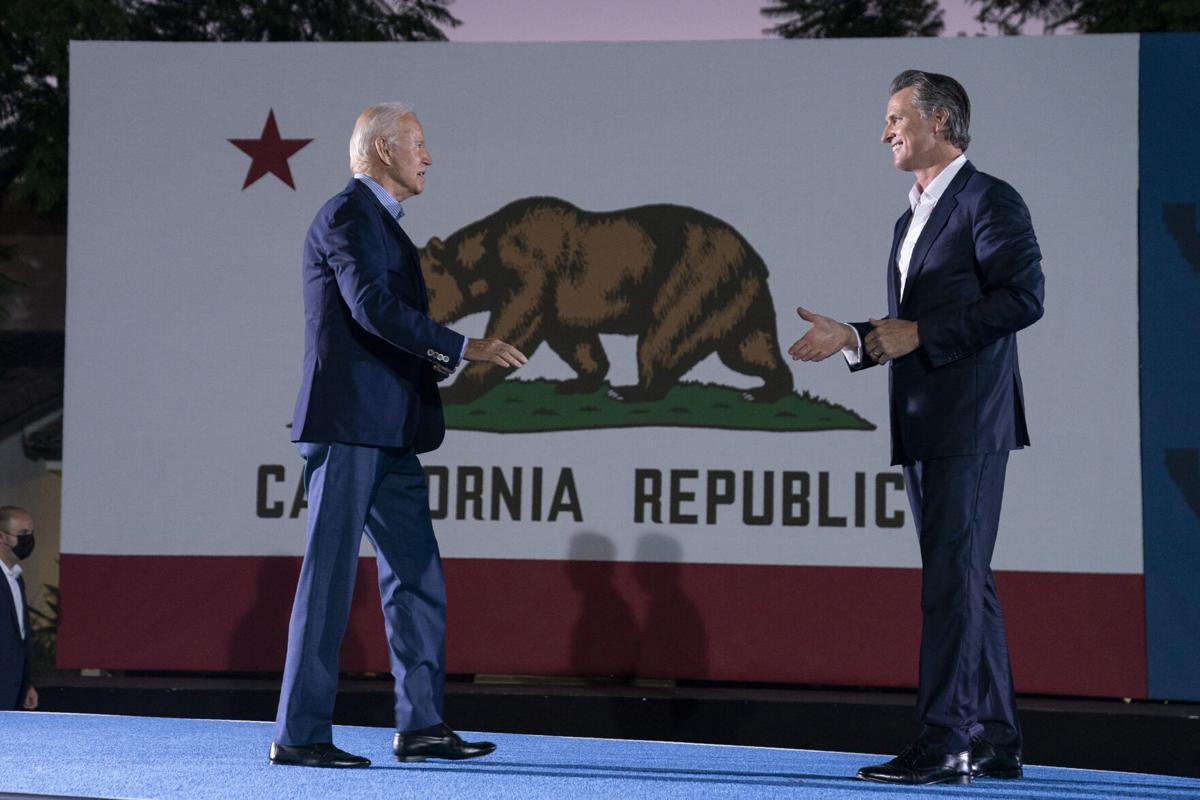 President Joe Biden arrives at a get out the vote rally for Gov. Gavin Newsom, D-Calif., at Long Beach City College, Monday, Sept. 13, 2021, in Long Beach, Calif., as Newsom faces a recall election on Tuesday.