WILTON MANORS, Fla. (AP) — A driver slammed into spectators Saturday evening at the start of a Pride parade in South Florida, killing one man and seriously injuring another, authorities said.

Some witnesses said the crash appeared to be an intentional act, but Fort Lauderdale Police Detective Ali Adamson told reporters that authorities were investigating all possibilities.

The driver and the victims were a part of the Fort Lauderdale Gay Men's Chorus family, according to a statement reported by news outlets from the group's president, Justin Knight.

"To my knowledge it was an accident. This was not an attack on the LGBTQ community," Knight said in the statement. "We anticipate more details to follow and ask for the community's love and support."

Fort Lauderdale Mayor Dean Trantalis said a driver of a pickup truck suddenly accelerated when he was told he was next in the parade, crashing into the victims, according to WSVN-TV. In the immediate aftermath of the crash, Trantalis said he believed the crash was "deliberate."

Police said the driver was taken into custody, but it was unclear whether he had been charged.

Photos and video from the scene showed Democratic U.S. Rep. Debbie Wasserman Schultz in tears while in a convertible at the parade.

In a statement Saturday night, Wasserman Schultz said she was safe but "deeply shaken and devastated that a life was lost."

"I am so heartbroken by what took place at this celebration," she said. "May the memory of the life lost be for a blessing."

Spectator Christina Currie told the South Florida SunSentinel that she was with her family at the start of the parade.

"All of a sudden there was a loud revving of a truck and a crash through a fence," Currie said. "It was definitely an intentional act right across the lanes of traffic."

Wilton Manors police tweeted Saturday night that the public is not in danger.

"Though authorities are still gathering information, we know two individuals marching to celebrate inclusion and equality were struck by a vehicle," Broward County Sheriff Gregory Tony said in a statement. "This tragedy took place within feet of me and my (Broward Sheriff's Office) team, and we are devastated having witnessed this horrific incident."

June is Pride Month, commemorating the June 1969 police raid targeting gay patrons at the Stonewall Inn in New York that led to an uprising of LGBTQ Americans and served as a catalyst for the gay rights movement.

12 important moments in the history of the gay rights movement

On the front lines

HARRISBURG, Pa. (AP) — Pennsylvania's top election official has decertified the voting machines of a sparsely populated county that disclosed that it had agreed to requests by local Republican lawmakers and allowed a software firm to inspect the machines as part of an "audit" after the 2020 election.

A 13-year-old girl was hit in the face by a seagull while riding an amusement park ride in New Jersey. Here's video courtesy of the Press of Atlantic City.

Here's what to know about COVID-19 "breakthrough" cases. Should Americans be concerned? What are health experts watching for?

House Speaker Nancy Pelosi is rejecting two Republicans tapped to sit on a committee investigating the Jan. 6 Capitol insurrection, citing the "integrity" of the probe.

A new poll underscores challenges facing health officials amid soaring infections in some states: 45% of unvaccinated Americans say they definitely won't get shots. Plus, get the latest data and updates on a persisting pandemic.

Utility says its equipment may be linked to California wildfire

Pacific Gas & Electric has reported to California utility regulators that its equipment may have been involved in the start of the big Dixie Fire burning in Sierra Nevada.

Capitol rioter who breached Senate sentenced to 8 months in prison

A Florida man gets eight months in prison in the first sentencing for a felony charge stemming from the Jan. 6 Capitol insurrection.

CDC: Delta variant accounts for 83% of US cases, a dramatic increase. Get the latest.

Health officials say the delta variant of the coronavirus continues to surge and accounts for an estimated 83% of U.S. COVID-19 cases. Track the latest numbers here. 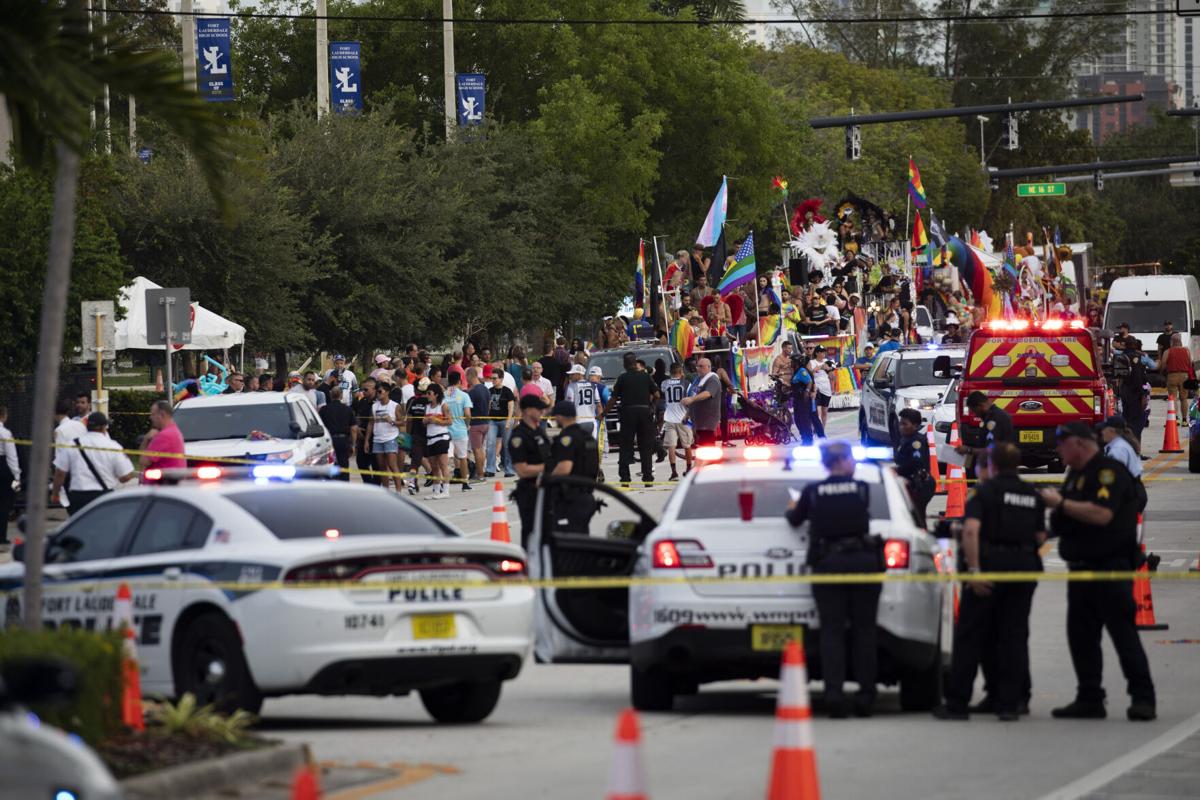 Police and firefighters respond after a truck drove into a crowd of people injuring them during The Stonewall Pride Parade and Street Festival in Wilton Manors, Fla., on Saturday, June 19, 2021. WPLG-TV reports that the driver of the truck was taken into custody. (Chris Day/South Florida Sun-Sentinel via AP) 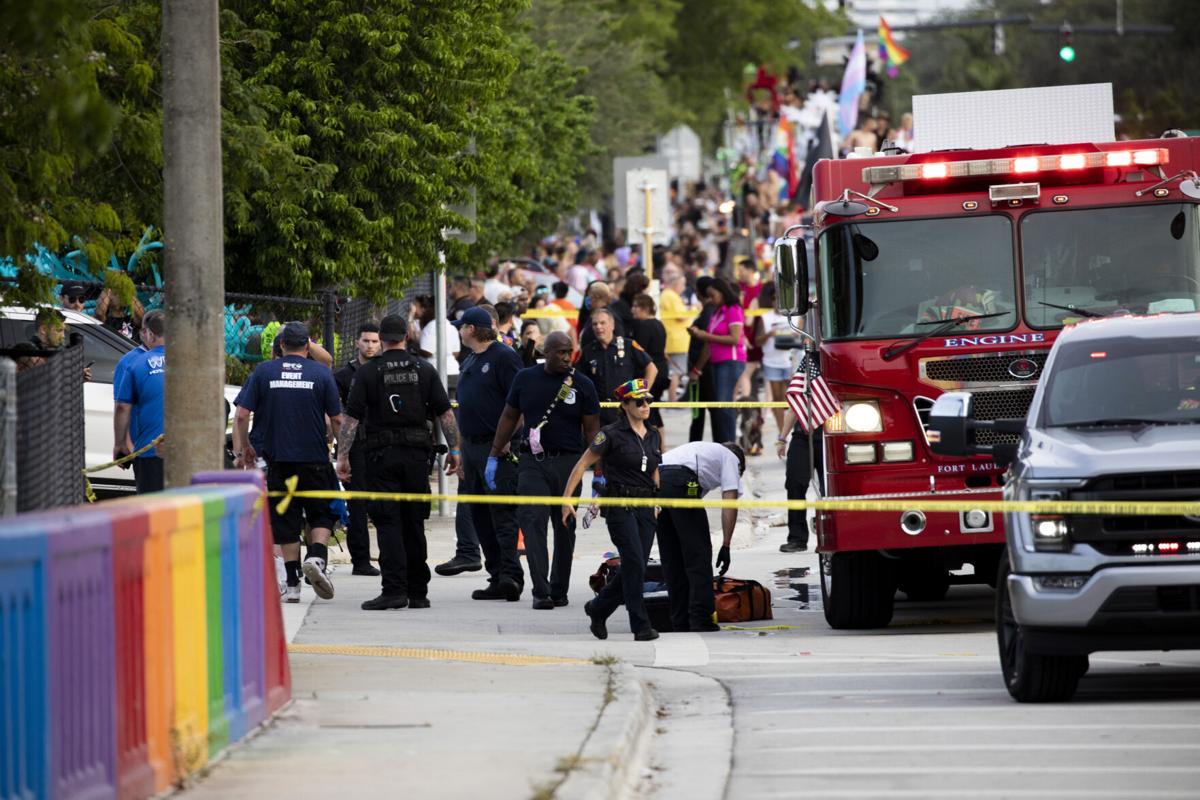 Police and firefighters respond after a truck drove into a crowd of people during The Stonewall Pride Parade and Street Festival in Wilton Manors, Fla., on Saturday, June 19, 2021. WPLG-TV reports that the driver of the truck was taken into custody. (Chris Day/South Florida Sun-Sentinel via AP) 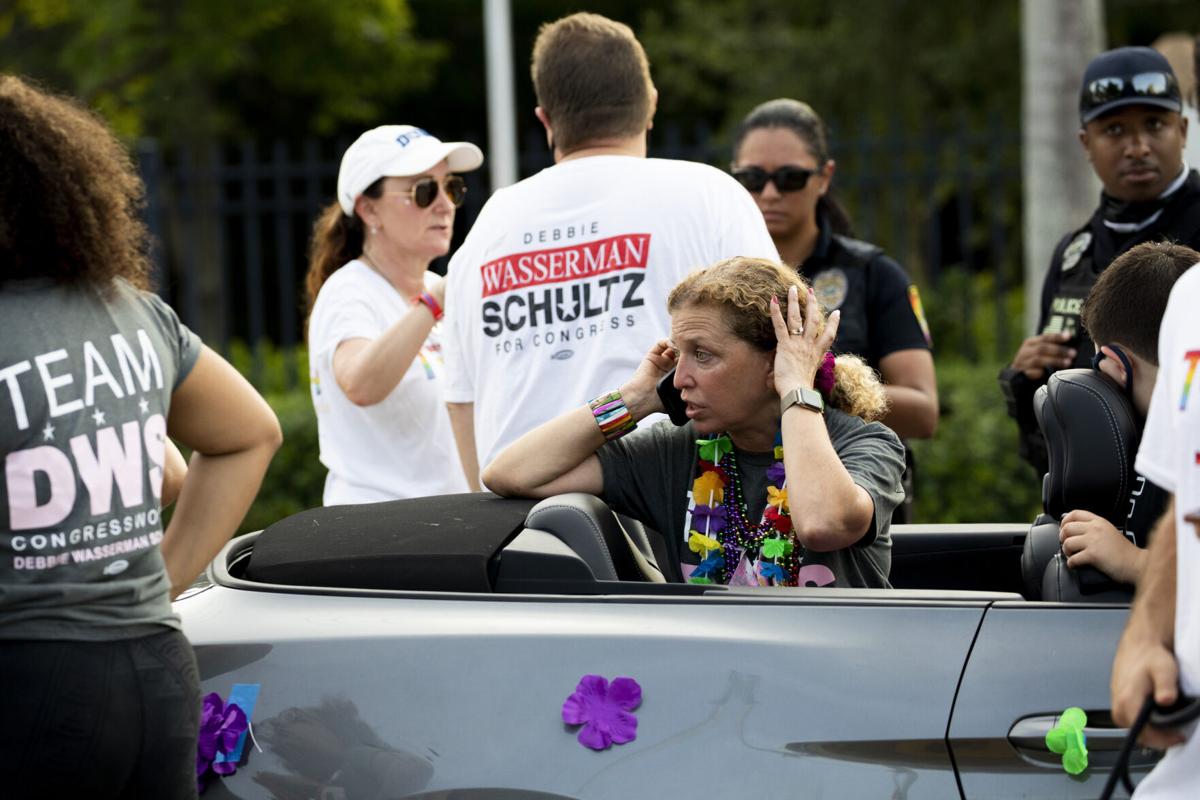 Rep. Debbie Wasserman Schultz, D-Fla., makes a call after a truck drove into a crowd of people during The Stonewall Pride Parade and Street Festival in Wilton Manors, Fla., Saturday, June 19, 2021. A driver has slammed into spectators at the start of a Pride parade in South Florida, injuring at least two people. (Chris Day/South Florida Sun-Sentinel via AP) 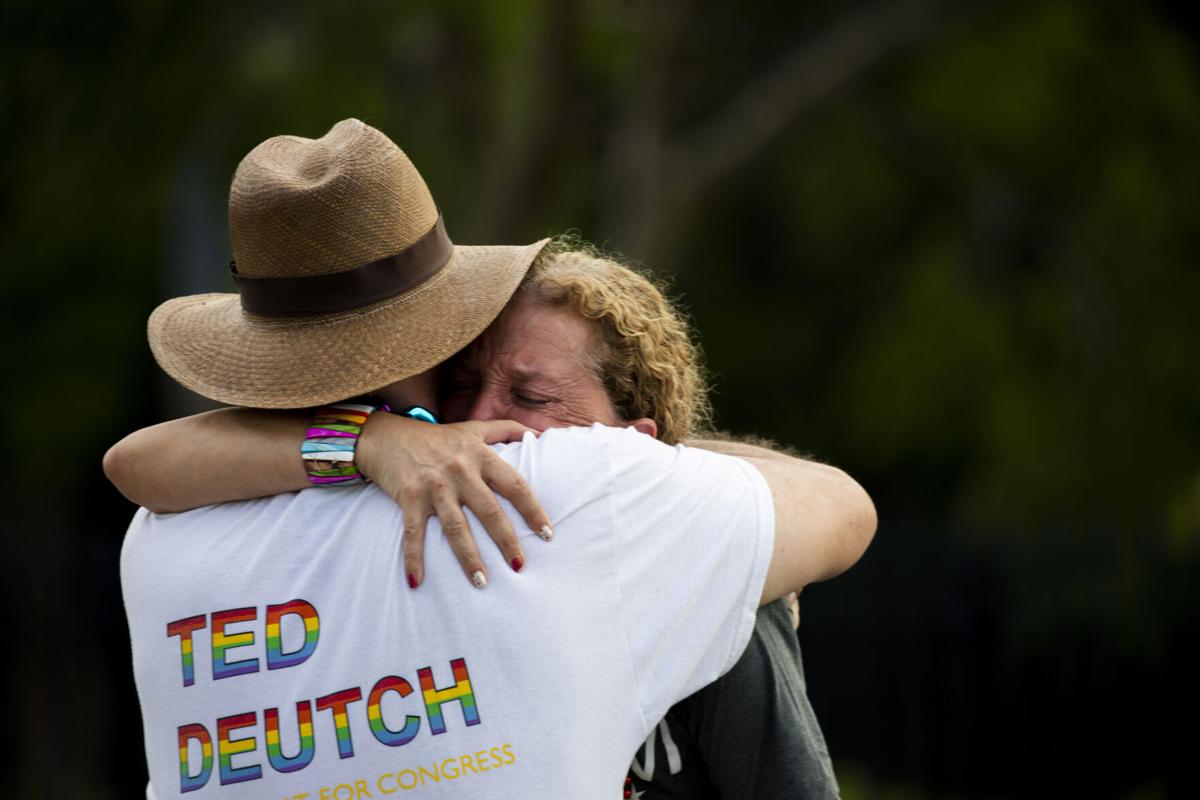 Rep. Debbie Wasserman Schultz, D-Fla., is comforted after a truck drove into a crowd of people during The Stonewall Pride Parade and Street Festival in Wilton Manors, Fla., Saturday, June 19, 2021. A driver has slammed into spectators at the start of a Pride parade in South Florida, injuring at least two people. Wilton Manors police tweeted Saturday night that the parade was canceled due to a “tragic event.” (Chris Day/South Florida Sun-Sentinel via AP)