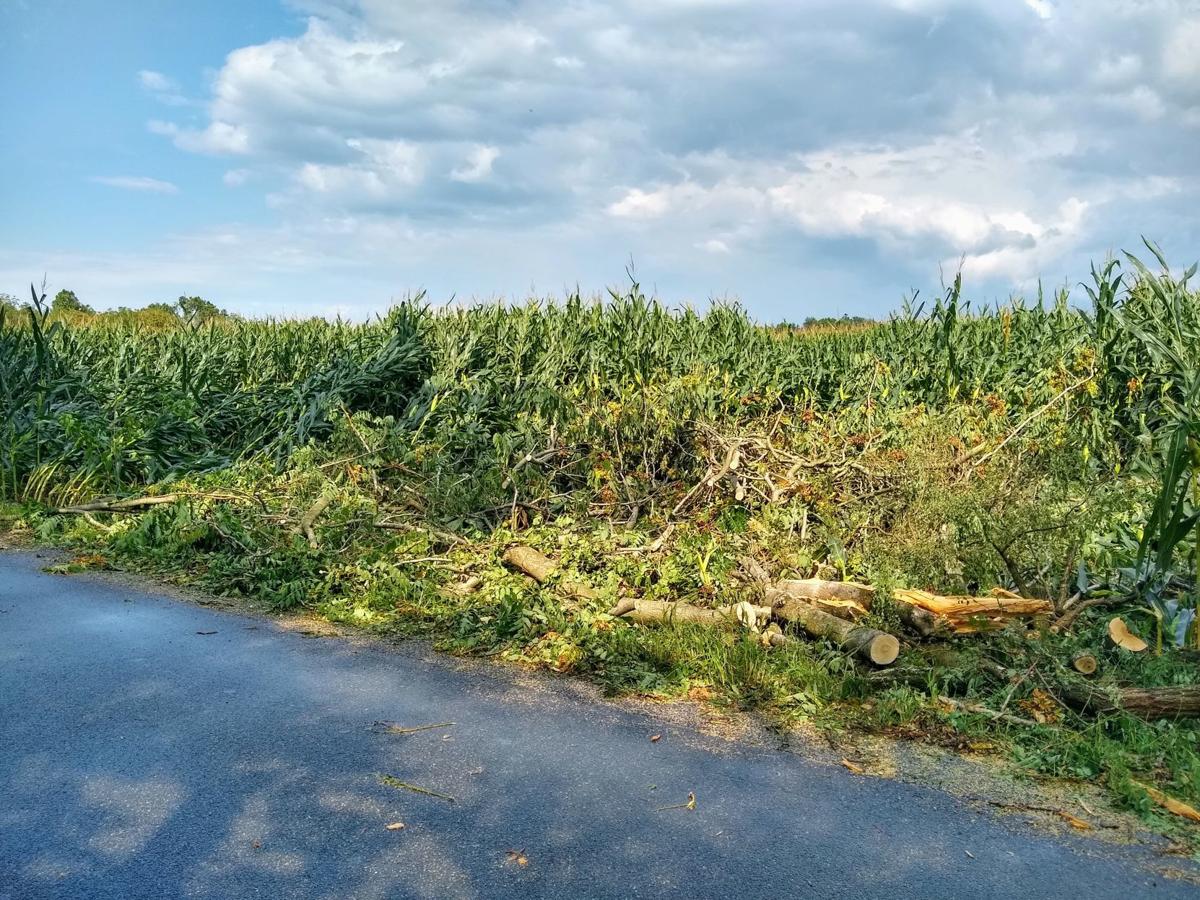 Corn fields along Zion Road in South Middleton Township were flattened by a storm. 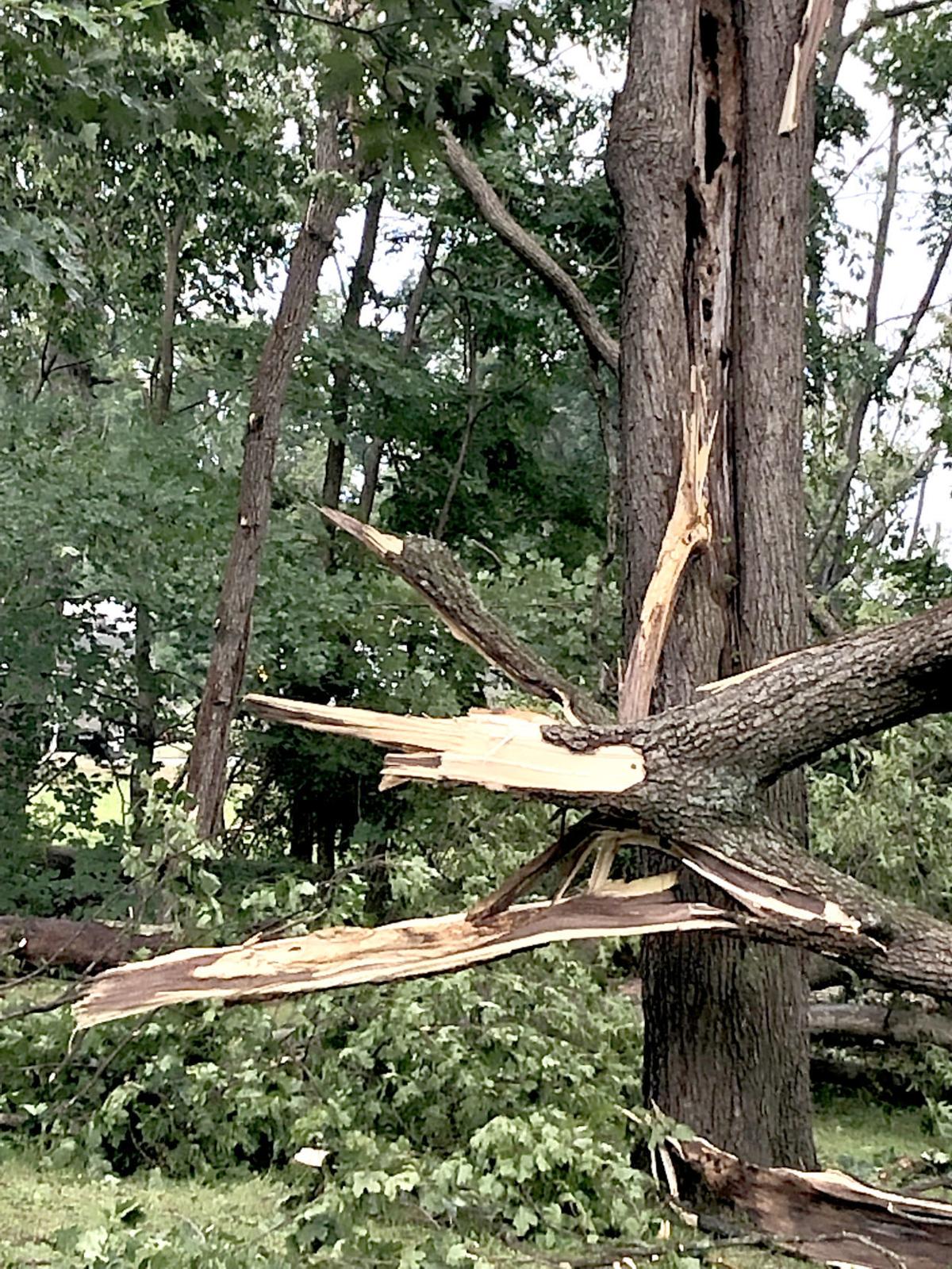 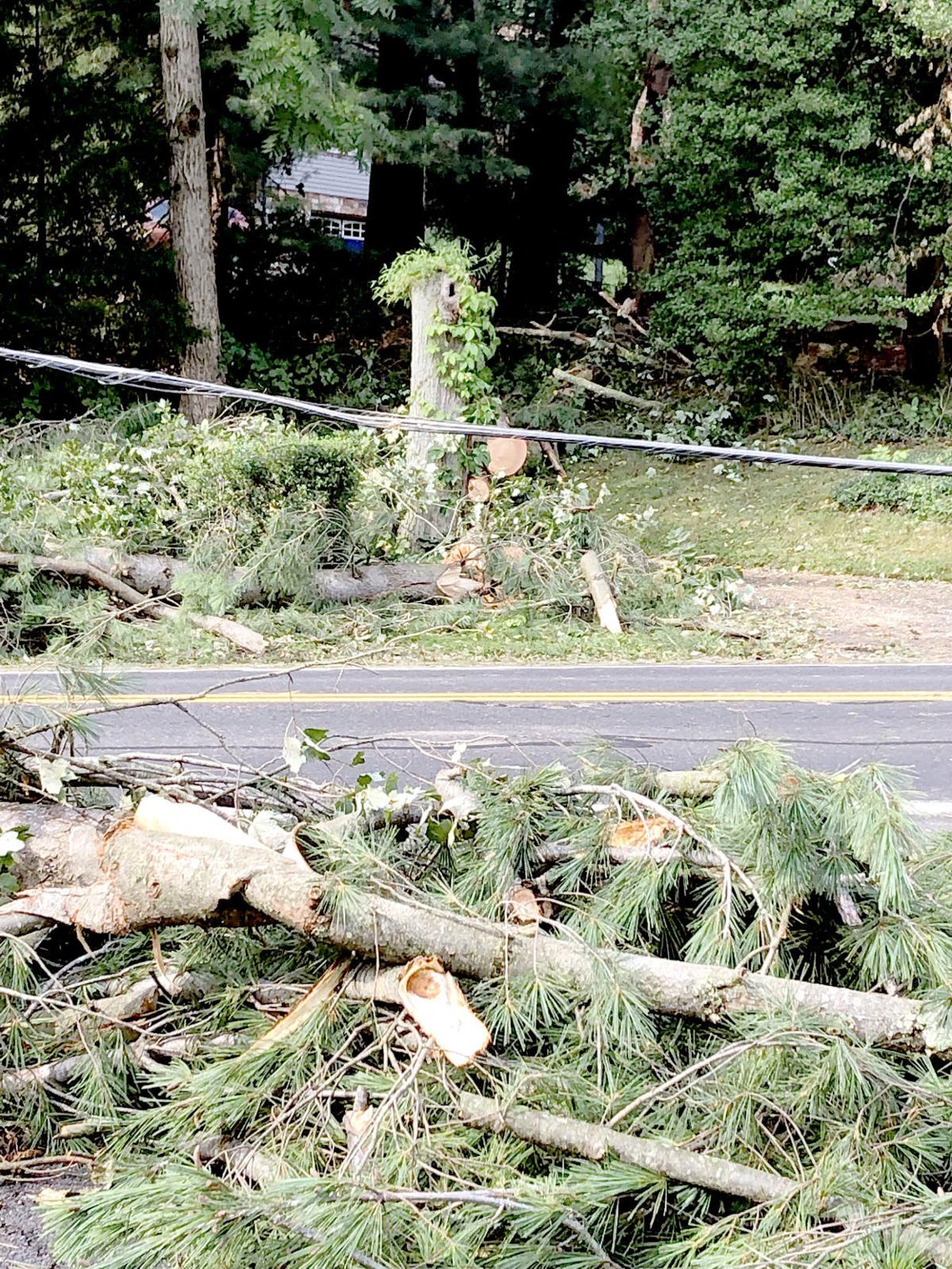 Hundreds of people were without power in Mount Holly Springs area after an intense  storm on Aug. 15.

On Aug. 15, a localized storm coalesced over Mount Holly Springs that was so intense one borough police officer thought he was in a tornado, according to Borough Manager and Police Chief Tom Day.

“It was the weirdest storm I’ve ever seen in my entire life,” Day said at the time. “The bolts of lightning and how the sky lit up, it seemed like it never stopped.”

The National Weather Service has since investigated, but determined that there was no tornado, according to a spokesman. The damage in Mount Holly Springs and Boiling Springs was instead caused by straight-line winds during an intense thunderstorm, the spokesman said.

The storm downed dozens of large trees, tearing some out of the ground by the roots and shearing off others further up their trunks. Yards in Mount Holly Springs and the surrounding neighborhoods of South Middleton Township were littered with branches or entire trees.

The steel posts of road signs had been twisted and snapped, and one home along Zion Road had a large trampoline that had been overturned and tossed into an adjacent tree.

All of the damaged landscape appeared to have been toppled by a wind blowing from southwest to the northeast, proceeding from Mount Holly and crossing Zion Road just south of the Craighead Bridge, the same direction as the high winds in May 2018, resident Garrett Neff said.

Several area residents said it was the worst windstorm in years, knocking out power to hundreds and downing dozens of trees. It also knocked out phone lines and bent three stop signs in South Middleton Township.

The new Center for Civic Learning and Action may be new at Dickinson College, but it’s work is not.

The center connects Dickinson College students with community leaders and organizations to not only address the needs of the community, but also to give the students an educational experience with the goal of preparing them to be active, participating members of their communities after graduation.

Where It Stands: Carlisle school district seeks option to use flexible instruction days

The school board recently approved a resolution in support of a District Flexible Instruction Day program that could be implemented in the event of inclement winter weather or some other type of school closure.

Hundreds of people are without power Friday morning in the area of Mount Holly Springs following an intense Thursday night storm.

Corn fields along Zion Road in South Middleton Township were flattened by a storm.

Hundreds of people were without power in Mount Holly Springs area after an intense  storm on Aug. 15.