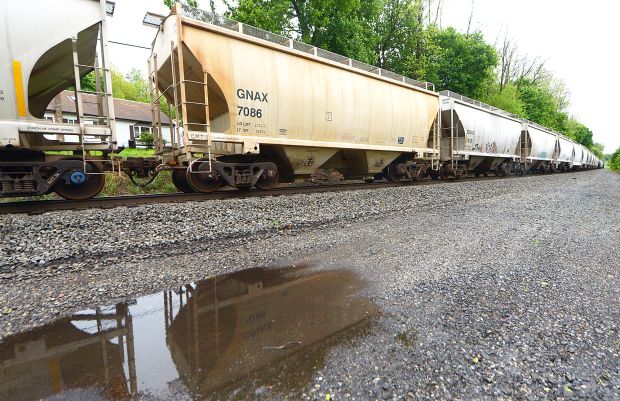 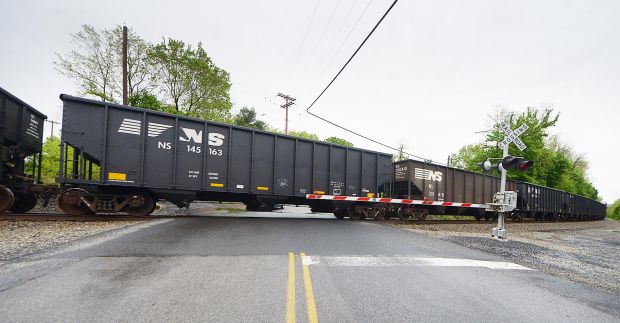 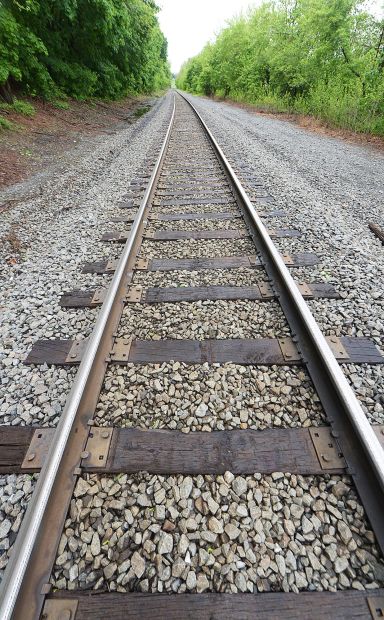 Inland ports serve as transportation hubs, receiving cargo on trains and planes for companies to unload and distribute by trucks.

By Daniel Walmer, The Sentinel

Carlisle is already a Midstate transportation hub of national importance, but could becoming an inland port provide more economic stability and/or growth to the area?

When U.S. Rep. Lou Barletta, R-Hazleton — whose 11th Congressional District includes part of Cumberland County — promoted the inland port concept in February 2013, other local officials expressed both excitement about an inland port’s potential for economic development and concern over how it would be funded.

The Sentinel breaks down what inland ports are; how the 20-year-old Virginia Inland Port led to an influx of new jobs — with more warehouses and trucks — in the Front Royal region; and whether this concept makes sense for Carlisle.

While inland ports are not precisely defined, a report by commercial real estate firm Jones Lang LaSalle described them as “a hub designed to move international shipments more efficiently and effectively from maritime ports inland for distribution throughout the U.S. heartland.”

Such facilities typically include multimodal transportation infrastructures to allow freight to be transported from rail to trucks, a railroad hub, a Foreign Trade Zone, a diverse, broadly skilled work force, land availability and economic incentives, according to Ron Derven. who writes for Development magazine, a trade publication of commercial real estate development association NAIOP.

For Barletta, current trends in retail transportation could make now the right time to create an inland port in Carlisle.

“This is coming (somewhere) — this is going to happen. All this freight and cargo is coming to the Northeast, and there will be a need for inland ports,” he said. “It could be an economic boost to the area for whoever has the vision.”

Inland ports are trending for several reasons, Derven wrote. The cost gap between truck transportation and rail transportation is narrowing, railroads are improving speeds, and companies want their products further inland. and closer to customers, according to Derven.

They are particularly popular in the Midwest, but will potentially be in demand farther east as the Panama Canal is widened, according to information provided by NAIOP. That project, scheduled to be completed by 2015, will double the canal’s capacity and allow larger vessels to travel through the canal to the East Coast.

One of the most ambitious intermodal ports is the 17 million-square-foot Alliance Global Logistics Hub port in Alliance, Texas, which opened in 1989. The port serves as a confluence of two railway lines, three major highways, and even an airport complete with U.S. Customs agents. It is estimated to have a $43 billion economic effect on the area and responsible for more than 31,000 jobs, according to information provided by NAIOP and commercial real estate services firm Cushman & Wakefield.

The Virginia Inland Port is not that ambitious, but officials say it has played a critical role in the local economy.

Located in the Shenandoah Valley town of Front Royal, which sits in western Virginia near Interstate 81, it’s a “pretty non-descript operation,” only about 140 acres in size, said Joe Harris, spokesman for the Virginia Port Authority. It has an office building in the front, a canopy-covered area in the back for unloading trains and loading trucks, and 8,000 feet of rail used by Norfolk Southern trains.

The Virginia Port Authority funded the creation of the port — which opened in 1989 and is strategically located near the intersection of I-81 and Interstate 66 — to help companies located to the northwest save money by not driving their trucks all the way to Norfolk to receive cargo, he said. The authority owns and operates the inland port.

Freight is unloaded at the Norfolk port and carried via train to the inland port in Front Royal, where companies then unload it onto trucks to take it to its final destination, he said. Some companies also use the port in reverse, transferring freight from trucks on trains, he said.

“We did not know it would be an economic engine at all,” he said — and for years, it wasn’t. “People said it was an albatross. But then people started using it, and they found value in it. It’s matured and surpassed expectations.”

Jennifer McDonald, executive director of the Warren County Economic Development Corp., said the port has served as a great marketing tool to attract businesses to the region. “It’s been a very positive thing for this community,” she said.

Businesses attracted to the port are responsible for the creation of more than 6,000 jobs and several million dollars in revenue to the region, Harris said. Home Depot built a warehouse of several hundred-thousand-square-feet nearby, and food service product marketer and distributor Sysco also built a large warehouse in the area, he said.

Harris said he hasn’t heard many negative reactions from the surrounding community, but said the port is not located near any residential areas. It has led to increased truck traffic in the region and generated concerns about truck crashes and idling trucks, he said.

The Carlisle area features the prerequisites for an inland port facility.

Like Front Royal, Carlisle is located near the intersection of two interstates, is in close proximity to several major cities, and has developable land for companies that could be enticed by an inland port, Barletta said.

Norfolk Southern would be open to the possibility of partnering with additional inland ports, according to David Pidgeon, the rail service’s manager of public relations.

“We’re always looking for new business opportunities, and if anyone presents a concrete proposal on an inland port, we’ll give it an honest and thorough look,” Pidgeon wrote in a statement.

Still, Barletta knows that start-up funding costs for the facility is a concern. Barletta is part of a panel in the U.S. House of Representatives that is looking into the idea of private-public partnerships, and he’s working with that committee to develop ways to use such partnerships to create inland ports, he said.

He stressed that he only wants Carlisle to become an inland port if that is what the community wants. Many business leaders and elected officials are excited that the port could lead to higher-paying jobs and a better economy in the region, he said, but he also understands that some people may not want the extra traffic.

“I’m looking at a long-term vision on how to attract jobs to an area. It’s going to be up to the area to see if this is something good for them,” he said.

Our View: Support for warehouse growth

The Sentinel’s editorial board supports continued smart growth of warehouses in Cumberland County.

Turning an inland port from concept to reality largely depends on two things: the development of a specific idea, and the necessary funding.

Inland ports serve as transportation hubs, receiving cargo on trains and planes for companies to unload and distribute by trucks.