Become a Member
Read Today's E-edition
Share This
Blight or Boom?: A focus on jobs
0 Comments
Share this
1 of 12 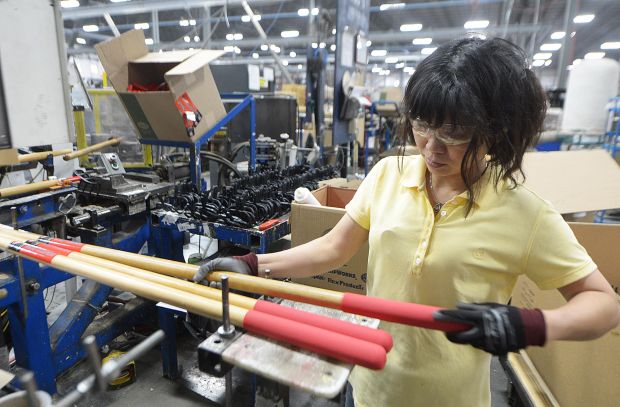 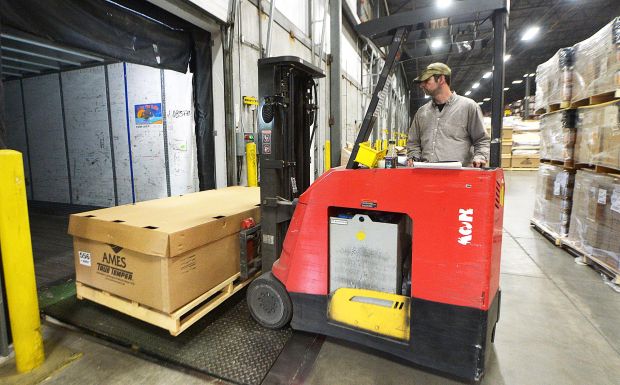 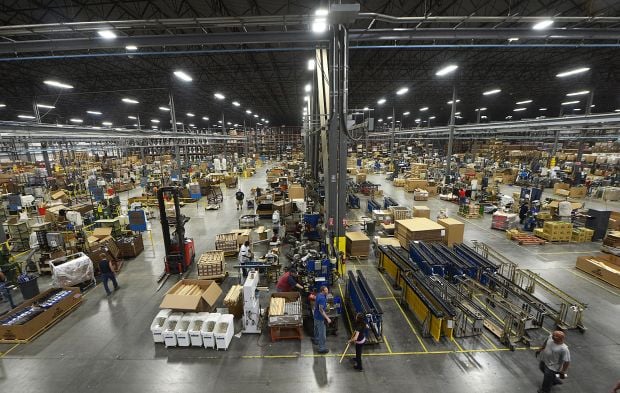 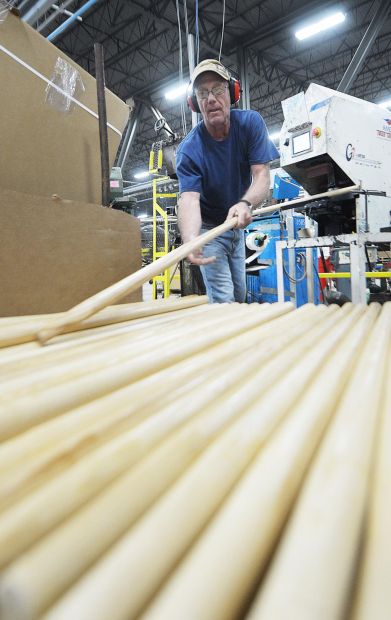 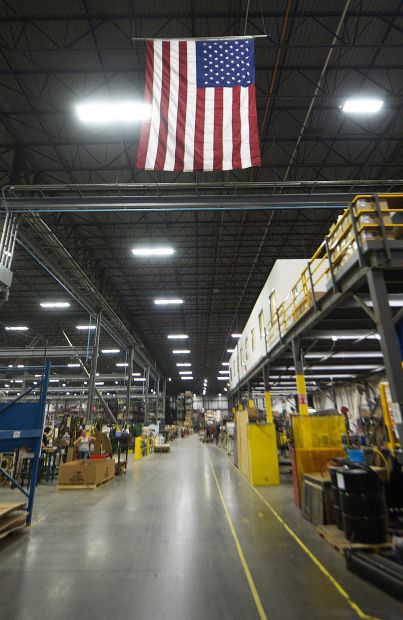 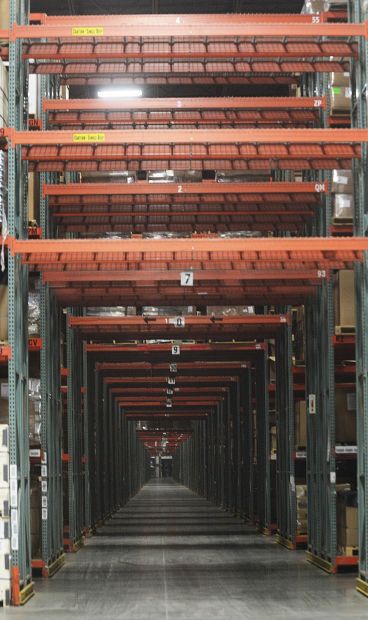 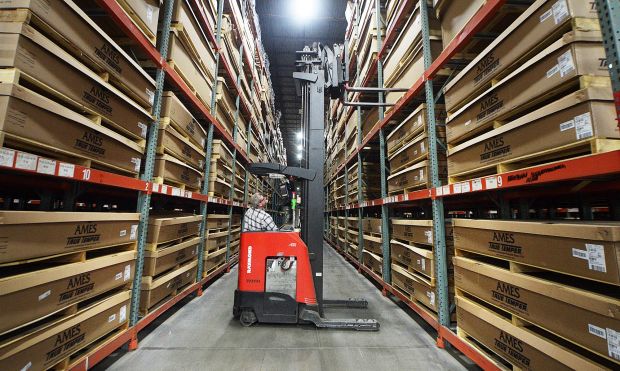 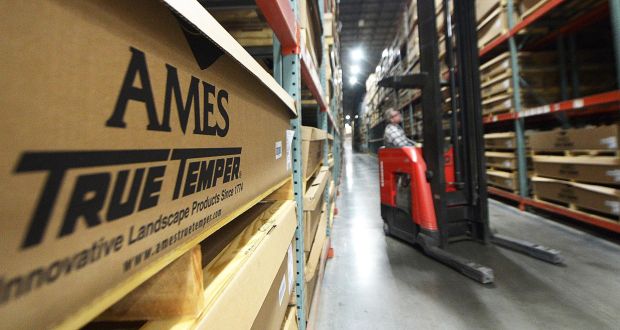 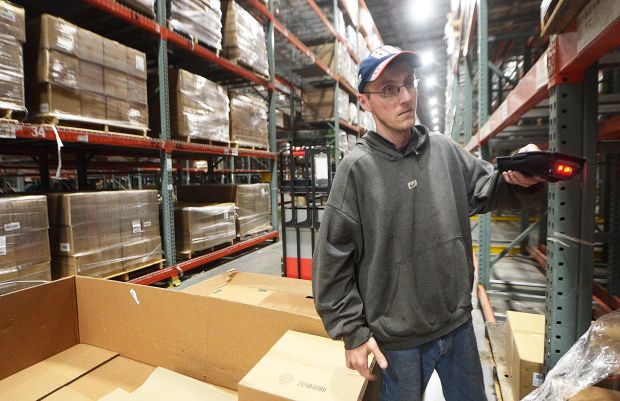 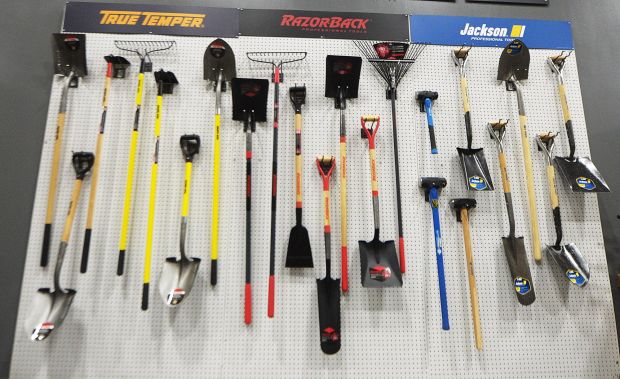 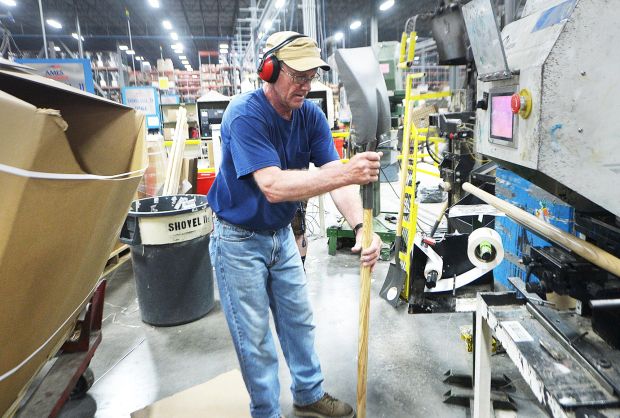 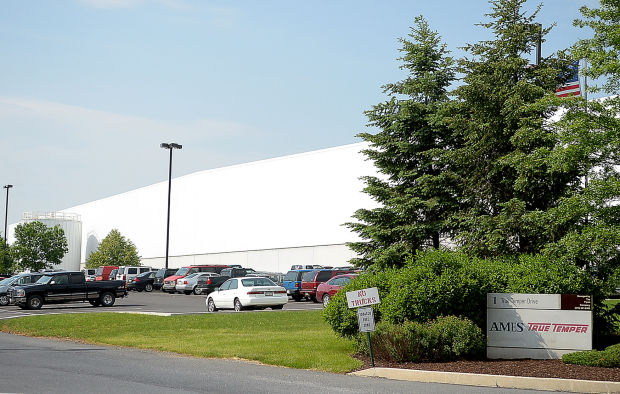 Warehousing and storage facility jobs made up more than 4 percent of all employment in Cumberland County last year, with those jobs paying an average of $8 more a week per person than other industries, the Pennsylvania Department of Labor and Industry said.

State data from the third quarter of 2013 shows that 5,454 people were employed at warehouses in the county and those employees made an average of $861 each week versus the average weekly wage of $853 in other industries.

Theresa Elliott, deputy press secretary for the Pennsylvania Department of Labor and Industry, said in an email that during that period, there were 124,571 people employed in the industry in the state.

With about 40 million square feet of warehouses currently built in Cumberland County and with two more structures in the works, there are industry concerns there will not be enough people to work in the facilities. Jonathan Bowser, CEO of Cumberland Area Economic Development Corp., said a major consideration when adding new warehouses is if there are sufficient personnel available.

“A concern I do have is, do we have ample work force to really support the demand?” Bowser said. “The demand is really coming from the consumers — consumers want things (the) next day. That’s just the way of the future. I think that demand is really what’s driving people to be here, and it’s powerful when you’re at the intersection that goes north and south with the turnpike and 81 going north and south, and you can touch two-thirds of the population within a day’s travel.”

Mike Ross, director of Franklin County Area Development Corp., said warehousing jobs vary, depending on the facility, but he said a range of opportunities exists. Some warehouses function with high levels of automation, with employees monitoring over computers and robots. Others have very little automation.

Some facilities are structured for store distribution, where items sit on pallets and shipments go primarily to stores. Others function as more of a pick-and-pack process handling orders from online sites and being shipped by mail.

She said the distribution center features a distribution operator who moves product, inventory control to ensure accuracy, leads to assist with work orders and supervisors overseeing the entire operation.

The manufacturing center features manufacturing operators in charge of making and assembling the tools, material handlers who drive the forklifts, quality technicians who check products and leads who assist with a wide range of issues.

Ames has a number of facilities in the county — headquarters and a production plant in Lower Allen Township, manufacturing and distribution center in South Middleton Township and a production plant in Harrisburg. While Rydbom wouldn’t say how many people the South Middleton Township facility employs, in 2012 there were about 250 people working for the facility.

Ross said some warehouses require 50 to 60 jobs and others have more than 900.

“A lot of it depends on what is being warehoused and what needs to be done with the product coming in to break them down and prepare them for shipment for wherever they’re going,” he said. “But there’s a huge disparity in terms of employment there. I will say, the typical distribution center in Franklin County is going to run somewhere between 300 and 500 people. So they are significant employers, but for the size building you have, they’re not extremely labor intense.”

Rydbom said Ames doesn’t release information about its pay and benefits, but they are “competitive” with other warehouses in the county. The Sentinel reported in a previous article in 2012, the entry-level manufacturing operator pay scale began at $10.50 and jumped to $11.25 after 90 days.

Ames has its own human resources department, but the company still uses a staffing firm for some of its openings. Rydbom said they use those agencies for temp-to-hire programs within Ames. She said there are both part- and full-time positions, and that during busy times, they will have more employees than during off-peak times.

“When we use the temp agencies it’s actually a temp-to-hire program,” she said. “And why we’re doing that is because we’ve grown so rapidly in such a short period of time.”

It’s the seasonal jobs that are often the ones that will involve assistance from temp agencies, Bowser said.

“What we have learned through our interaction with several local (distribution centers) is that the majority of the workforce are permanent full- and part-time employees,” he said. “With seasonality in the market, especially with E-Commerce Fulfillment Centers, we do often see more temp workforce being utilized again, due to higher demand seasons such as the Christmas holidays. The nature of some (distribution centers) that distribute goods at pretty normalized levels throughout the calendar year, you will see more of a steady permanent workforce. So again, I think you see more temps in the (distribution centers) that move products such as electronics, clothing, etc., that are more popular during the holiday season.”

Rydbom said Ames requires all job candidates to have a high school diploma, General Education Development certificate or equivalent job experience. She said they won’t turn down someone with a significant amount of job experience who doesn’t have a GED or diploma.

Bowser said because of automation and other technology, even lower-pay jobs in warehouses in Cumberland County require more skills than most people would imagine.

There have been discussions with colleges and vocational schools in the Midstate, such as Harrisburg Area Community College, about developing certain training curriculums. He said such institutions recognize the need to update the technology training.

Ames itself works with vocational schools in Franklin and Cumberland counties to learn what programs they offer to train their students for jobs in warehousing. Rydbom said that a few years ago, the company offered tours to students to show what they were seeking in candidates and what types of skills the students would need for those jobs.

Bowser said he has talked with warehouse officials about on-the-job training, and they offer assistance to the right candidates. One example of a skill people can work to acquire is having the certification to drive a forklift.

“A lot of times, people are coming to the job without the certifications and are going through the employer to actually get certified,” Bowser said. “A lot of the distribution centers are actually being proactive in getting their employees certified.

“But just like in any industry, if you come with any credentials or certifications or certain levels of education, it definitely can make you a more competitive candidate for job openings that are available,” he added. “But I think we’re seeing a true willingness of the distribution centers to actually train their employees for the job that they have.”

Ames officials said they want their forklift operators or management to have the necessary experience, but they do offer people a chance to move up or laterally. Rydbom said they will make training available to those who want to learn how to do something that isn’t a part of their skill set when they are hired.

However, Ames will not hire that person in a position above their skill set until they are comfortable with their knowledge and work safely.

“We do have the more basic positions people can start at and grow, and sometimes it’s beneficial to do that,” Rydbom said. “Then you learn all the different aspects of the business, why things need to be done a certain way and they can assist us in getting to that next level. If it’s a more skilled position, like a forklift operator, and they have no forklift experience at all, we probably wouldn’t consider them for that job.

“Even though there’s a very intense training program for forklift, they might start out as a manufacturing operator in assembly and then put in an interest to learn the forklift, eventually,” she added. “You still have to meet the minimum requirements for the job.”

The Sentinel’s three-day series on warehousing in Cumberland County will feature a number of topics and areas of discussion in the debate.