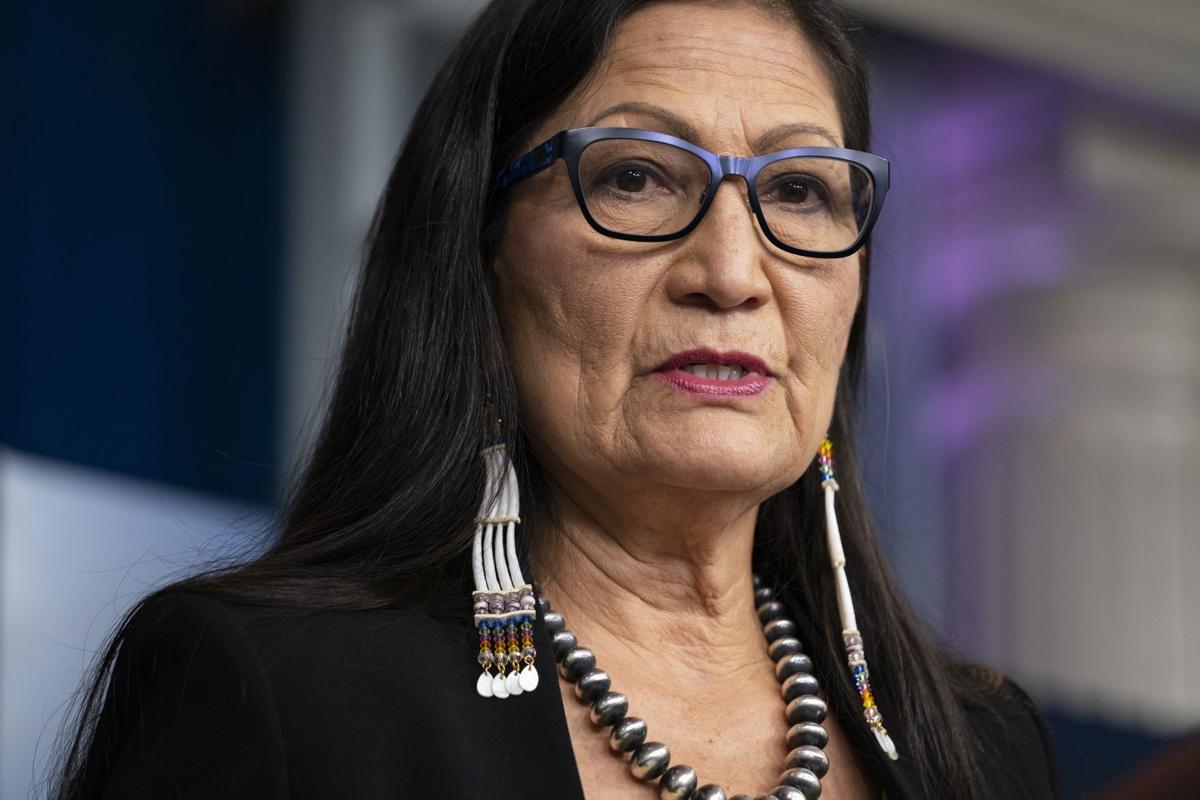 Interior Secretary Deb Haaland on Tuesday announced steps that the federal government plans to take to reconcile the legacy of boarding school policies on Indigenous families and communities across the U.S. 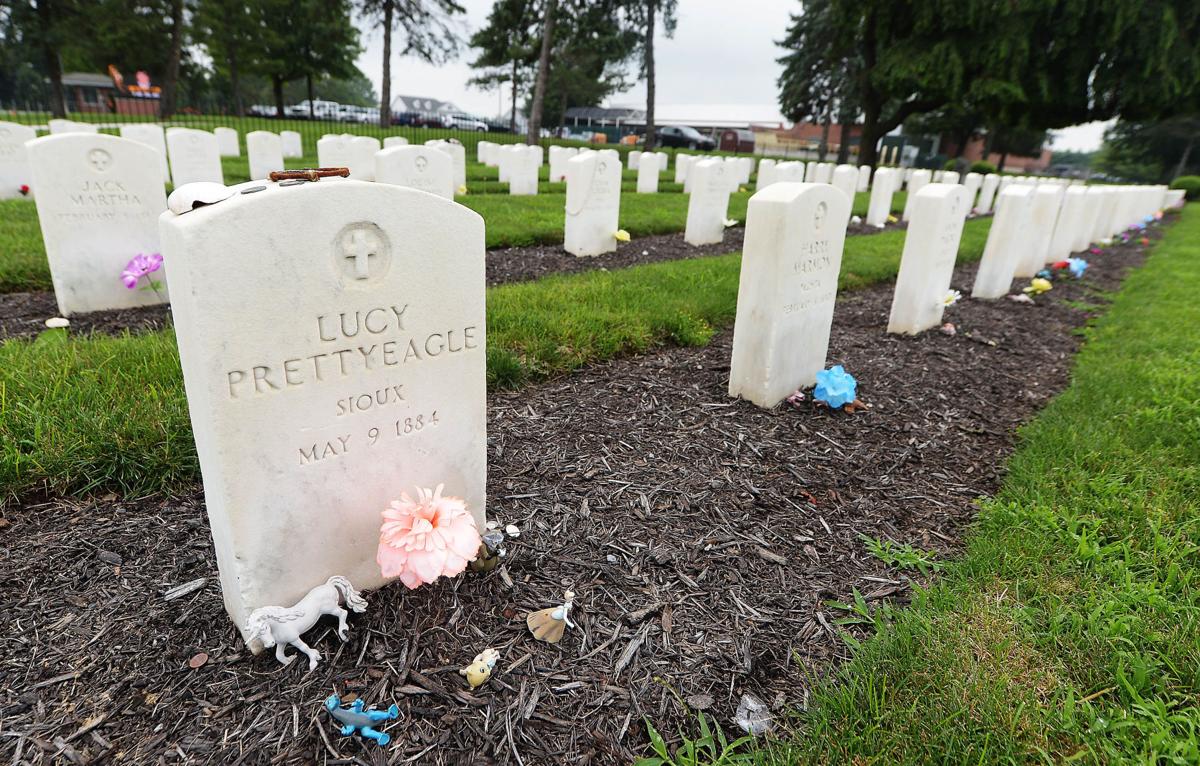 The federal government will investigate its past oversight of Native American boarding schools and work to “uncover the truth about the loss of human life and the lasting consequences” of policies that over the decades forced hundreds of thousands of children from their families and communities, U.S. Interior Secretary Deb Haaland announced Tuesday.

The work will include compiling and reviewing records to identify past boarding schools, locate known and possible burial sites at or near those schools, and uncover the names and tribal affiliations of students, she said.

“To address the intergenerational impact of Indian boarding schools and to promote spiritual and emotional healing in our communities, we must shed light on the unspoken traumas of the past no matter how hard it will be,” Haaland said.

A member of New Mexico’s Laguna Pueblo and the first Native American to serve as a Cabinet secretary, Haaland outlined the initiative while addressing members of the National Congress of American Indians during the group’s midyear conference.

She said the process will be long, difficult and painful and will not undo the heartbreak and loss endured by many families.

Starting with the Indian Civilization Act of 1819, the U.S. enacted laws and policies to establish and support Indian boarding schools across the nation. For over 150 years, Indigenous children were taken from their communities and forced into boarding schools that focused on assimilation.

The Carlisle Indian Industrial School was one of those schools. It was founded by an Army officer in 1879 and housed some 10,000 indigenous children before it shut down in 1918. Students were forced to cut their braids, dress in uniforms, speak English and adopt European names. Infectious disease and harsh conditions claimed the lives of many of the children buried there.

Haaland talked about the federal government's attempt to wipe out tribal identity, language and culture and how that past has continued to manifest itself through long-standing trauma, cycles of violence and abuse, premature deaths, mental health issues and substance abuse.

The recent discovery of children's remains buried at the site of what was once Canada’s largest Indigenous residential school has magnified interest in the legacy both in Canada and the United States.

In Canada, more than 150,000 First Nations children were required to attend state-funded Christian schools as part of a program to assimilate them into society. They were forced to convert to Christianity and were not allowed to speak their languages. Many were beaten and verbally abused, and up to 6,000 are said to have died.

After reading about the unmarked graves in Canada, Haaland recounted her own family's story in a recent opinion piece published by the Washington Post.

Haaland cited statistics from the National Native American Boarding School Healing Coalition, which reported that by 1926, more than 80% of Indigenous school-age children were attending boarding schools that were run either by the federal government or religious organizations. Besides providing resources and raising awareness, the coalition has been working to compile additional research on U.S. boarding schools and deaths that many say is sorely lacking.

Interior Department officials said aside from trying to shed more light on the loss of life at the boarding schools, they will be working to protect burial sites associated with the schools and will consult with tribes on how best to do that while respecting families and communities.

A team of archaeologists began work Saturday at the Carlisle Barracks Cemetery, which also houses the U.S. Army War College, to exhume the remains of 10 Carlisle Indian Industrial School students. Nine of the children were from the Rosebud Sioux tribe in South Dakota and one is from the Alaskan Aleut tribe.

The cemetery contains more than 180 graves of students who attended the former school. This is the Army’s fourth disinterment project at the school in as many years.

As part of the initiative, a final report from agency staff is due by April 1, 2022.

Chuck Hoskin Jr., principal chief of the Cherokee Nation in Oklahoma, which had about 80 boarding schools, called the announcement encouraging and said anything that can be done to address those “troubling chapters of history” is a positive thing.

“I hope we don’t discover gruesome incidents like were discovered in Canada. I just think it’s good in this country to have conversations about what happened to Native American children,” Hoskin said.

Navajo Nation President Nez also offered his support for the initiative, saying discrimination against Native Americans continues today on many fronts — from voter suppression to high numbers of missing and murdered people.

“Last week, Congress and President Biden established ‘Juneteenth’ as a national holiday, in observance of the end of slavery, which I fully support as a means to healing the African American community," Nez said. “Now, from my perspective as a Navajo person, there are so many atrocities and injustices that have been inflicted upon Native Americans dating back hundreds of years to the present day that also require national attention, so that the American society in general is more knowledgeable and capable of understanding the challenges that we face today.”

This is not the first time the federal government has attempted to acknowledge what Haaland referred to as a “dark history.”

More than two decades ago, Assistant Secretary of Indian Affairs Kevin Gover issued an apology for the emotional, psychological, physical and spiritual violence committed against children at the off-reservation schools. Then in 2009, President Barack Obama quietly signed off on an apology of sorts that was buried deep in a multibillion-dollar defense spending bill; the language had been watered down from the original legislation introduced years earlier.

The handoff at the U.S. Army's Carlisle Barracks cemetery was part of the fourth set of transfers since 2017. The remains of an Alaskan Aleut child were returned to her tribe earlier this summer.

Astronomers identify and snap a photo of baby exoplanet

Astronomers identify and snap a photo of baby exoplanet

Interior Secretary Deb Haaland on Tuesday announced steps that the federal government plans to take to reconcile the legacy of boarding school policies on Indigenous families and communities across the U.S.