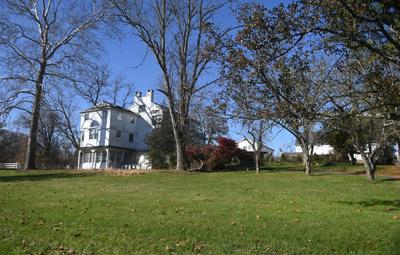 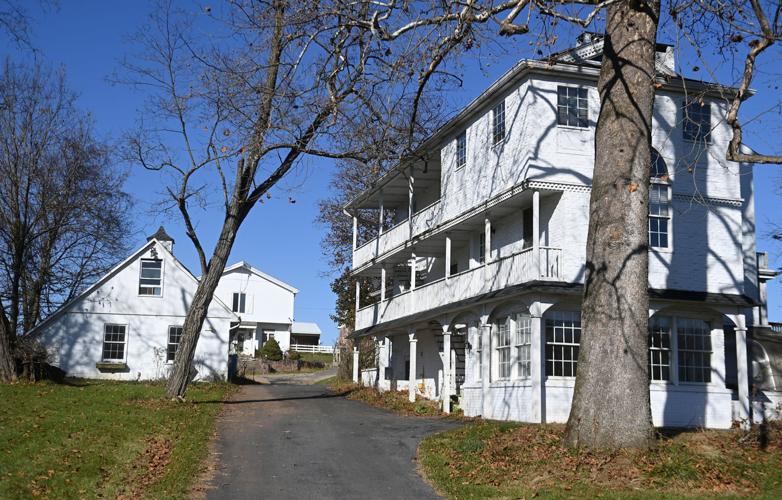 The property at 1215 McCormick Road was purchased by Upper Allen Township with the intention of expanding recreational opportunities. 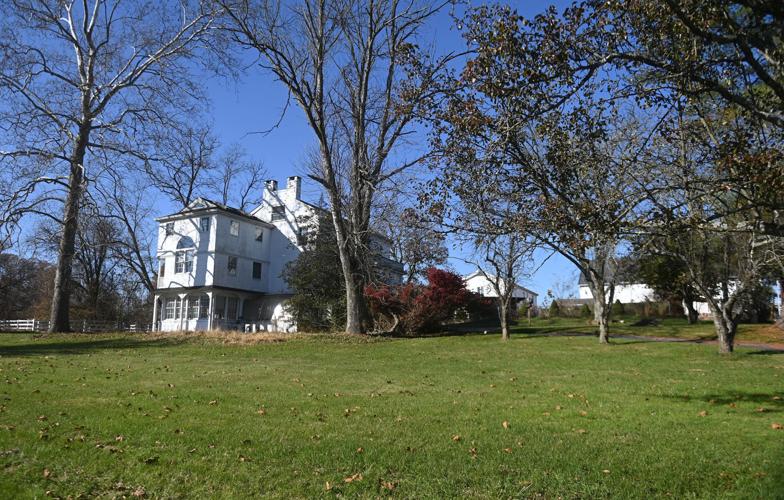 Public input has been sought on how to use the 1215 McCormick Road property in Upper Allen Township. 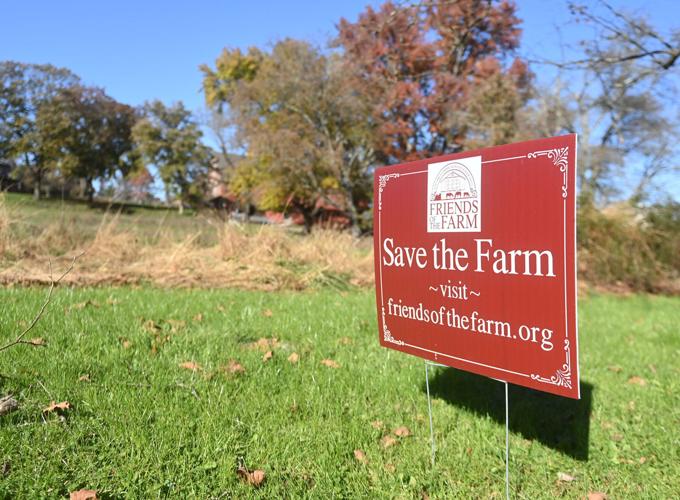 A group of Upper Allen residents organized a campaign called Friends of the Farm to press the commissioners to use the property for passive recreation. 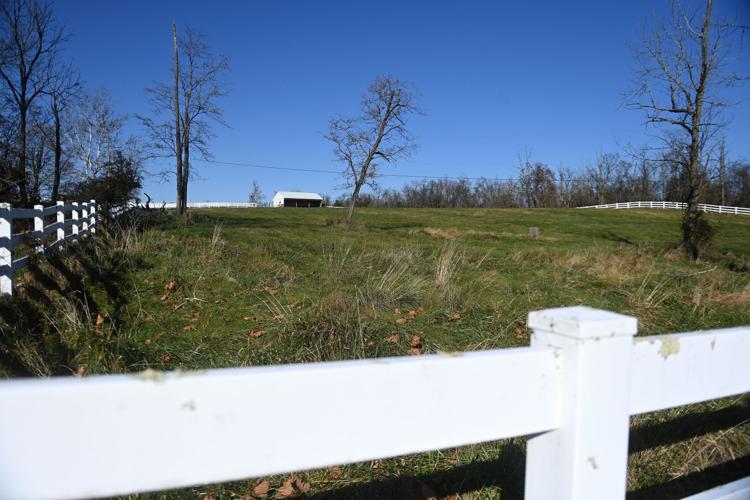 Upper Allen Township bought the property at 1215 McCormick Road in April 2020. Part of the land had been used as horse pasture in the past.

Upper Allen Township received some clarity, although not necessarily any more certainty, regarding the partially historic buildings that stand on the site of the township’s anticipated new park at 1215 McCormick Road.

The township is in the process of deciding what to do with the 61-acre piece of land, most of which is occupied by former horse pastures. Public input sessions were held earlier this year to gauge interest in various amenities, with the goal of having consultant Derck & Edson then design possible park layouts based on public feedback.

The results of those efforts are expected to be presented by Derck & Edson early next year, commission chair Ken Martin said Wednesday night.

Since the township purchased the property in April 2020 for $1.1 million, it has generated significant discussion.

A group of Upper Allen residents organized a campaign called Friends of the Farm to press the commissioners to use the property for passive recreation, such as hiking trails and green space, as well as the possibility of returning a portion of the property to its previous use for horseback riding. The township’s initial statement after buying the property had named sports fields as a potential use, something many residents felt the township already had a sufficient amount of in its other parks.

While Derck & Edson’s data on the public input sessions is not ready, Martin said Wednesday that the township was committed to “a patient, slow, deliberate process in deciding what to do with this asset.”

Although the legal address of the property is on McCormick Road, which runs along the property’s southern edge, the township plans to construct an access road through a narrow strip of the land to the north, with the main entrance to the eventual park being on Route 114.

The public and the commissioners have expressed interest in the idea of keeping some of the structures on the site and re-purposing them into meeting spaces, event venues or other similar uses.

The major hurdle, as expressed by Tilley, is the fact that the historic house and barn have been modified over nearly two centuries, with the home in particular featuring a number of often bizarre additions and remodels.

“The layout is terrible, the additions are terrible, all of the positions where they meet the main house leak,” said Matthew Taylor, a member of the township’s historic architecture board who lived in the house several years ago as a rental while his family was building their own home.

In his view, Taylor said, “all of the additions, if they’re torn off and the house is gutted, then you actually have something.”

According to Tilley’s research, the home was built in 1855 by the Lambert family, and was recorded as such in the 1976 publication “Early Architecture in Upper Allen Township.” The farm previously had a log cabin built upon it; one of the door headers from the 1855 home is marked 1789, and believed to be a relic of the previous structure.

The 1855 portion of the house was built as a Four Bay German Georgian, as architects refer to it, consisting of two quadrants of rooms, one on each of the two stories. The brick structure also has a full basement with doors on the south slope, somewhat unusual for the time, Tilley said.

Such homes typically had two front doors, Tilley said, with the common explanation being one entrance for a formal parlor and the other as a working entrance.

This can be seen on the Lambert home, although a front vestibule was added to the house at a later date, concealing the two original front entranceways. The informal door appears to be original with its 1855 hardware, Tilley said, while the formal entranceway was rebuilt with a glass paneled door more recently.

The house also had two major additions tacked onto it, likely in the 1970s or 1980s. These include a den area on the north side of the original home, and a master bedroom on the south side. Both additions have modern interiors with recessed lighting, wood paneling and other circa-1980 designs.

The master bedroom is particularly unusual, Tilley and Taylor said. The bedroom is accessed through a passage cut into the first floor of the home, and features a vaulted ceiling with an internal balcony running around the sides of the structure, accessed by stairs in the bedroom.

The balcony houses an array of large closets, and gives the space the feeling of an ill-conceived Old West-style saloon, Taylor said.

Most of the home has had modern amenities retrofitted, with carpet and modern hardwood laid over what may be the original 1855 floorboards, and electricity added with conduit molding. An indoor kitchen and bathrooms, which would not have been present in 1855, were added at various times and are in various states of disrepair, including a shell pink hot tub installed upstairs.

Tilley also said parts of the home are suffering from water intrusion.

“You can take your finger and push through the plaster, it’s that destroyed,” Tilley said of one corner of the house. Portions of the home that were covered over in drywall have black mold behind them, he said.

The barn is a somewhat less complicated prospect, although it too has been modified over the years, Tilley said. The structure is listed as being built by the Scoot family circa 1825-1830, and features an open upper floor with 12 horse stalls on the lower level.

The original hand-hewn beams are present throughout, as are the original wrought-iron hinges; the roof and its supporting timbers are newer but in great condition.

“You go into this space and you think ‘there’s got to be a use for this thing,’” Tilley said.

The barn’s floor has been replaced piece-meal, with one section being plywood. Also, one side of the barn has been rebuilt from its original brick and is instead a cinderblock wall with vinyl siding.

This portion of the structure is nearest to an old silo foundation, which can be accessed from the ground floor of the barn. Tilley hypothesized that the silo likely collapsed and took out a chunk of the original barn, hence the patchwork rebuild.

The results of public surveys, and preliminary ideas for a park layout, are expected to come back from design consultant Derck & Edson next month, township officials said.

The plan is not set in stone, but provides an intended layout and proposed uses for the 60.9 acre township-owned space.

Township Manager Scott Fraser said the township would look into "broad examinations of options" for the house and that it would be difficult to provide a timeline on votes or decisions.

Behind the Headlines: Investigating the Catholic Diocese of Buffalo

AIDS in Kenya: Homabay County, where fish are traded for sex

AIDS in Kenya: Homabay County, where fish are traded for sex

The property at 1215 McCormick Road was purchased by Upper Allen Township with the intention of expanding recreational opportunities.

Public input has been sought on how to use the 1215 McCormick Road property in Upper Allen Township.

A group of Upper Allen residents organized a campaign called Friends of the Farm to press the commissioners to use the property for passive recreation.

Upper Allen Township bought the property at 1215 McCormick Road in April 2020. Part of the land had been used as horse pasture in the past.