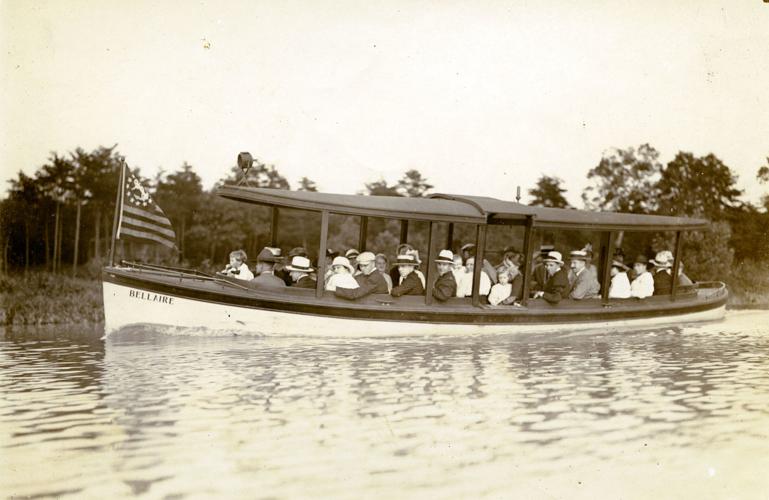 This photograph from 1915 shows the motor boat Bellaire loaded with about 26 people. 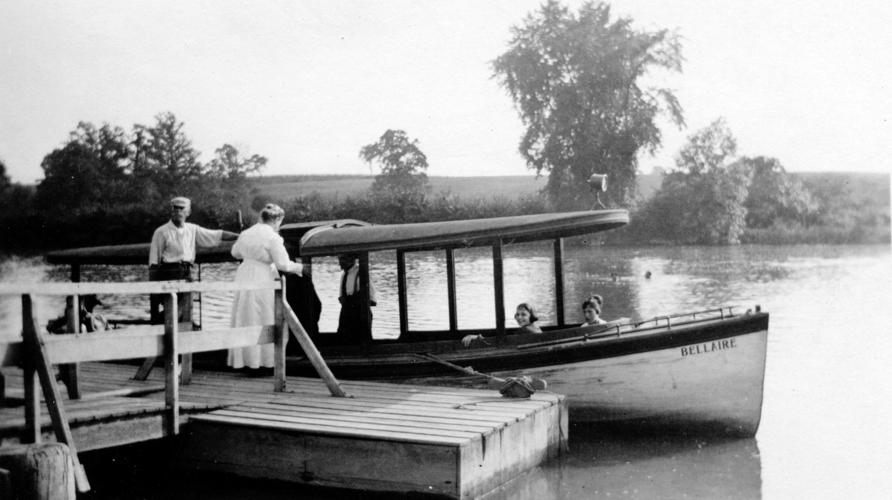 The launch platform for the motor boat Bellaire on the Conodoguinet Creek, circa 1900. 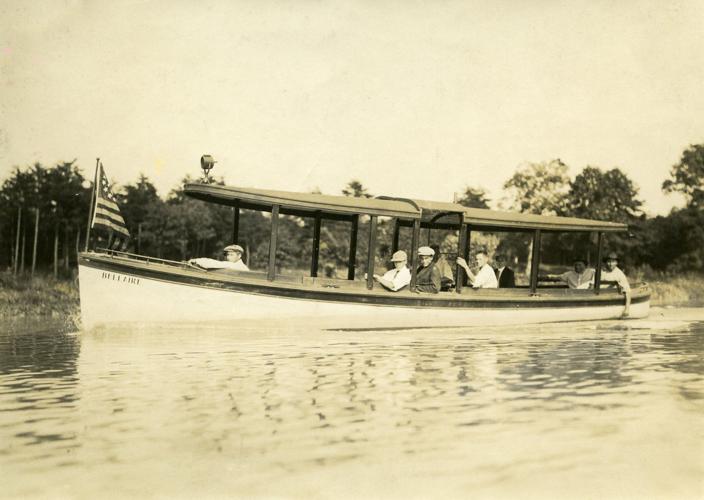 There were signs here and there of order emerging from chaos along the Conodoguinet Creek.

It was July 17, 1908, and construction was underway to develop a natural grove into what became Bellaire Park, a popular resort destination for Carlisle-area residents.

The boat ride that began at Cave Hill meandered for about a mile down the creek before ending at the beach where bath houses were to be constructed, The Sentinel reported.

Nearby a pavilion was almost done featuring the largest outdoor dance floor in the area. Elsewhere, picnic tables were built and gas lamps were strung along the pathways.

Two years later, on July 29, 1910, improper caulking sank a motor boat that was once used at a park in Mount Holly Springs. This must have caused concern because the management at Bellaire issued a statement that its boats “are safe, seaworthy and carefully inspected daily.”

“The manager of the park [J.P. Culbertson] has had a wide experience with boats of different classes,” The Sentinel reported. “He informs us that after working the park boats for three seasons he cannot conceive of any way an accident could happen to them in the placid Conodoguinet.”

Well, Culbertson was wrong, in a manner of speaking. Almost a year after he declared the Bellaire safe, the motor launch collided with a rowboat near the entrance to Pike Pond on July 15, 1911.

The Bellaire hit with such force that John Graham, 41, of Carlisle, was knocked into the water with his 7-year-old son Charlie. Though the child was saved by a Bellaire passenger, the father drowned.

Twenty-two years later, on July 28, 1933, The Sentinel reported that motor launch service from Cave Hill to Bellaire Park ended between 1925 and 1927 due to the advent of the automobile.

Tour Through Time runs every Saturday in The Sentinel print edition. Reporter Joseph Cress will work with the Cumberland County Historical Society each week to look at the county through the years. Send any questions, future ideas or tips to jcress@cumberlink.com.

Paul Willis was seated up front near the motor launch pilot just as it was about to collide with a rowboat.

Tour Through Time: Summer Scenes at Laurel and Fuller lakes

David Baric looked the part of a lifeguard.

Tour Through Time: Old Home Week in 1909 drew thousands of visitors to Carlisle

There was an old saying about Carlisle common about a century ago.

Cave Hill Park and Bellaire Park were popular seasonal destinations linked together by the Conodoguinet Creek.

Beyond its medicinal qualities, the resort at Carlisle Springs offered its guests the chance to stroll over its extensive lawns, hike through the adjoining woods and dance the night away.

This photograph from 1915 shows the motor boat Bellaire loaded with about 26 people.

The launch platform for the motor boat Bellaire on the Conodoguinet Creek, circa 1900.