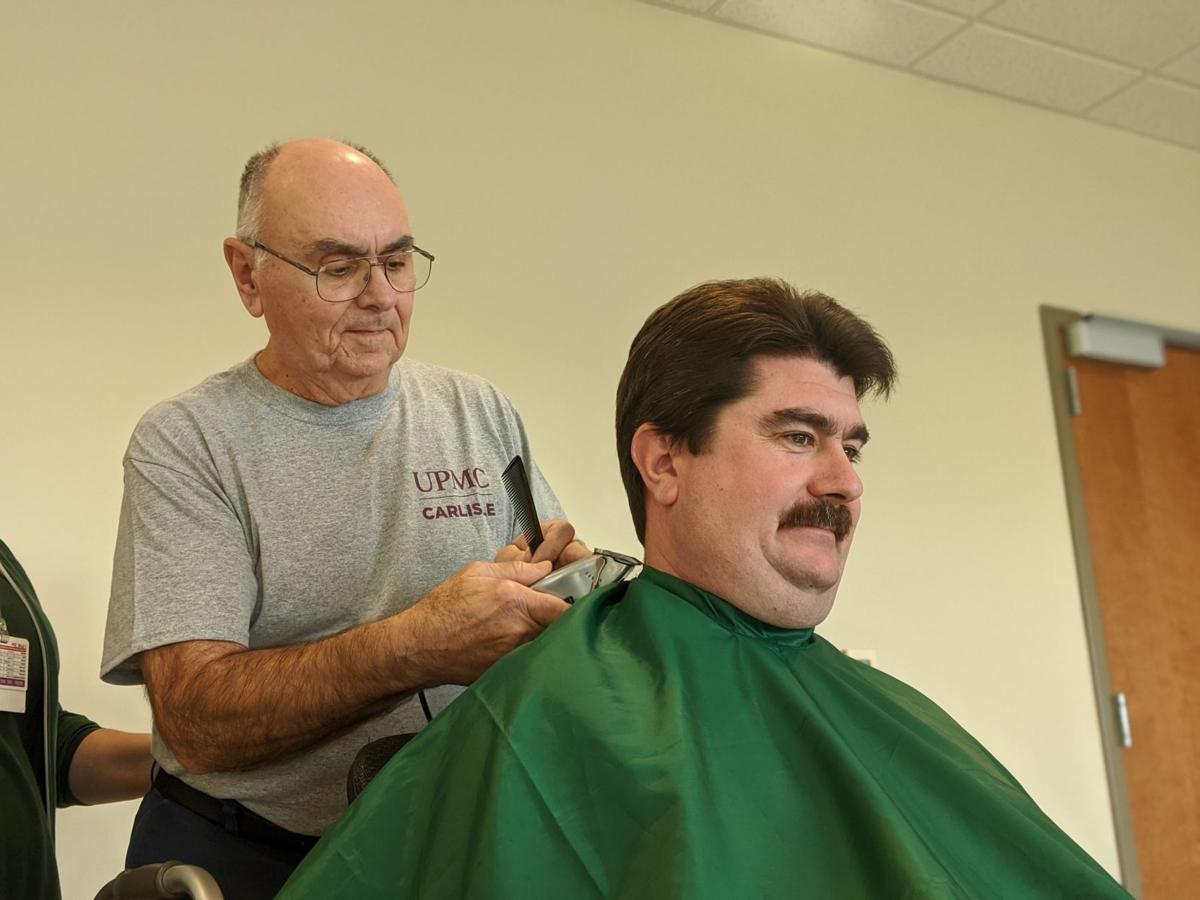 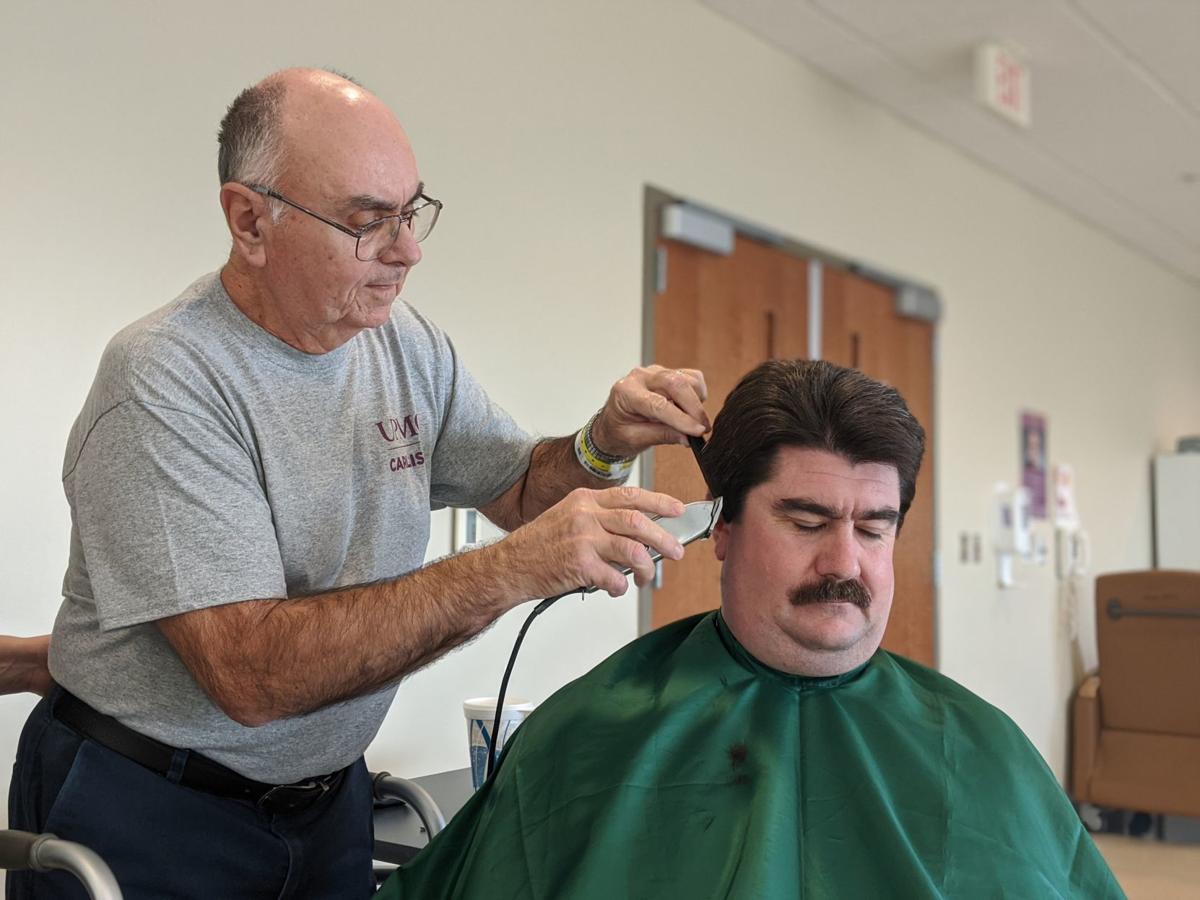 “My Thanksgiving prayer is going to be, ‘Thank God we still have Pappy,’” she said.

Lloyd was going into a local grocery store for a quart of milk on Nov. 12, with Esther waiting in their truck, when a driver backed out of a parking place and hit him. When the car kept going, Lloyd had the presence of mind — or instinct — to do a barrel roll to get out of the way.

Had he not done that?

“If I wouldn’t have barrel-rolled, I wouldn’t be standing here,” Lloyd said.

As it is, standing is a significant achievement. Lloyd broke his hip and underwent a complete replacement on Nov. 13. On Nov. 15 he started therapy at UPMC Pinnacle Carlisle.

And for a man who has been a barber since 1960, that therapy includes cutting hair.

Occupational therapy, to be specific, includes helping people learn to take care of themselves when they get home. At one end of the multipurpose room at the hospital, there’s a chair, bed and couch for patients to practice moving from place to place. They also practice putting clothes on hangers, working in the kitchen or getting in and out of the tub, said Elliot Makosky, an occupational therapist and senior manager at UPMC Pinnacle Carlisle.

“It’s the occupation of living,” he said.

“We’re just trying to make sure we’re getting them ready for whenever they get home to do everything they need to do,” said therapist Amy Mintmier, whom Lloyd largely credits for his recovery.

“She was very good. Tells you what we got to do, the goal we’re going to get to and just keep doing that,” he said. “I can’t say she’s a pusher. I can’t sit here and say enough good words about her.”

In his first post-accident attempt to trim hair, Bier worked on a staff member’s hair. Then, one of his sons came in. Last Monday, his other son and namesake came in for a cut, and Lloyd was able to stay on his feet the entire time.

Mintmier considered it a significant improvement.

“You’re not just statically standing. You’re leaning and you’re shifting,” Mintmier said. “You have to have stability to maintain balance, too.”

“The one advantage to this is that it’s not heavy compared to something that’s stressful. It’s standing in one spot,” Lloyd added.

Tuesday, two weeks from the day he arrived at the hospital, Lloyd prepared to head home and looked forward to Thanksgiving dinner at his son’s house.

“I think it’s a miracle. I would call it a miracle,” Esther said.

Lloyd is looking forward to getting back to cutting hair at his shop in Plainfield, but he plans to pace himself by taking care of one or two clients before taking a rest and then repeating the cycle. Lloyd said he could always lean against the sink at the shop and spin the customer in their chair as needed.

Some of his customers have been in touch with Lloyd during his hospitalization, but others don’t even know it happened because he sees them every three to four weeks. He’s not afraid of them going somewhere else.

“If I wouldn’t have barrel-rolled, I wouldn’t be standing here. <&textAlign: right>— Lloyd Bier

Six Carlisle High School sophomores, bored with nothing to do on Thanksgiving Day 1973, headed to the practice field at the school to play tou…