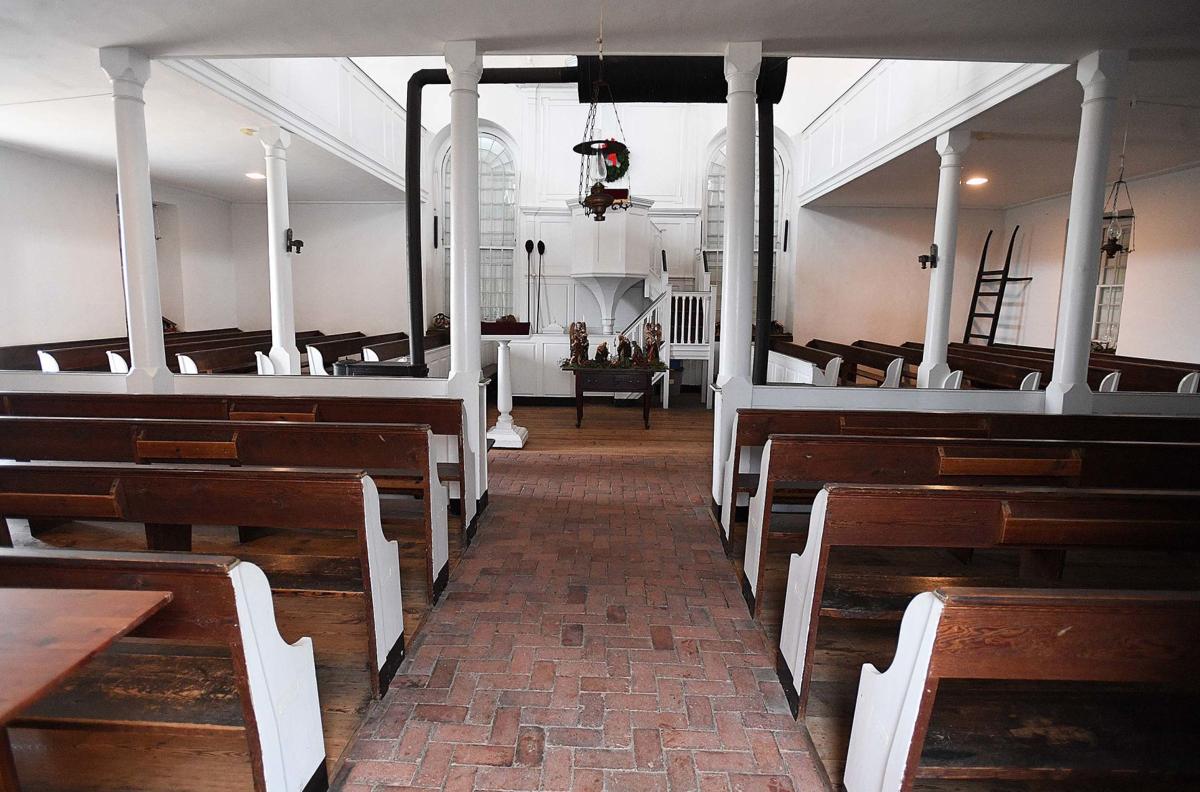 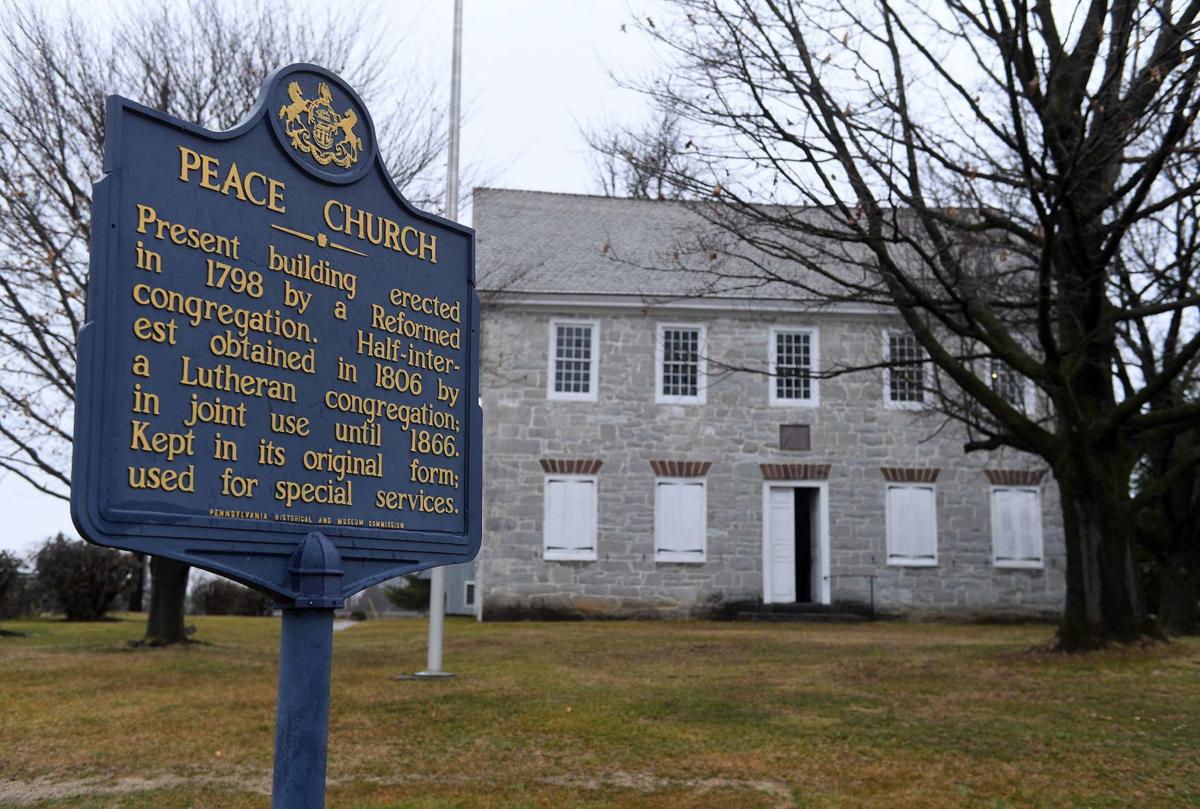 The Pennsylvania State Historical Commission is questioning the state historic significance of the Peace Church in Hampden Township. 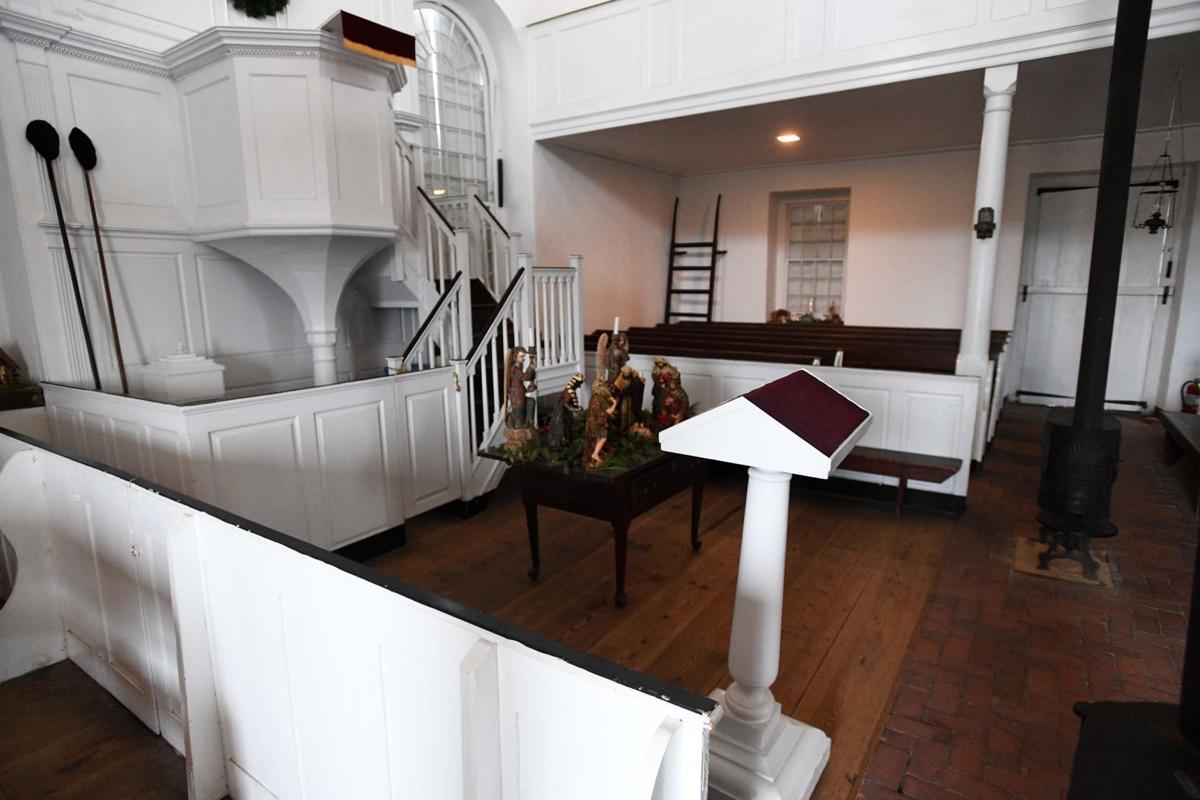 The Peace Church is located off St. Johns Church Road near Trindle Road in Hampden Township. 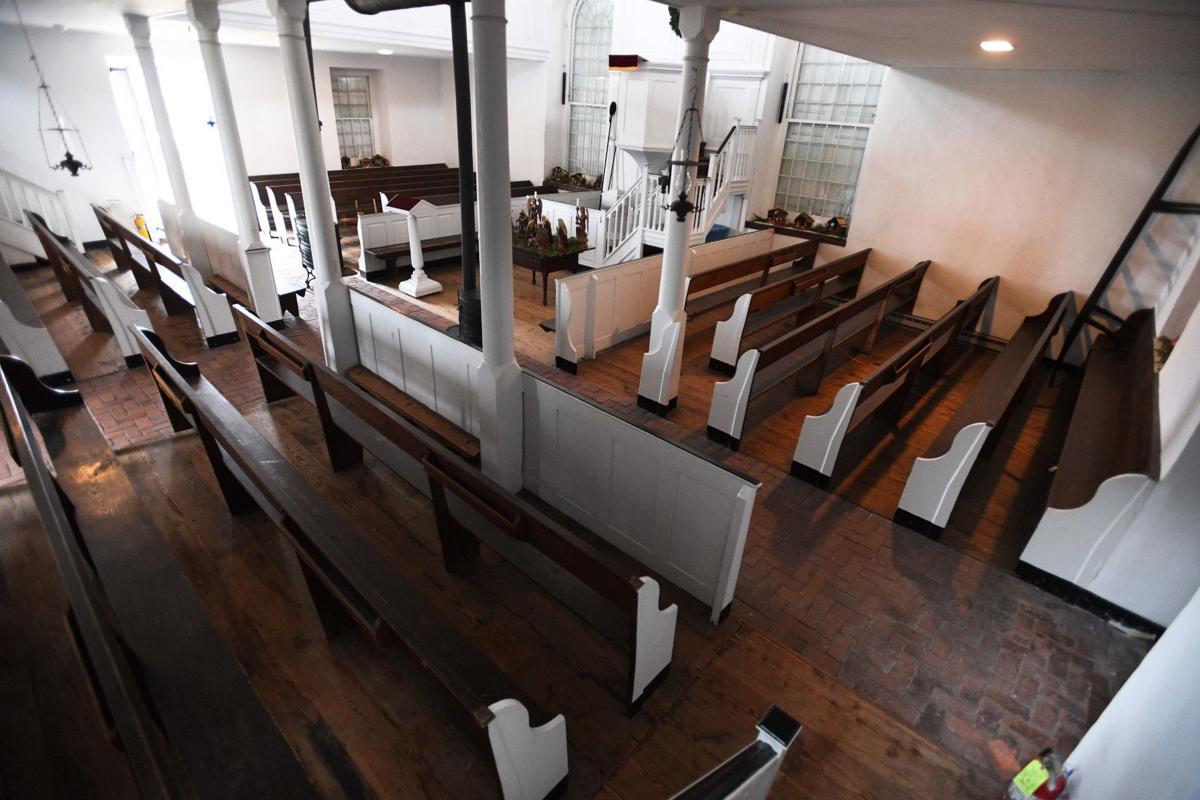 Pictured are the pews in the historic Peace Church in Hampden Township.

A state agency wants to transfer its ownership of the Peace Church in Hampden Township to a local government or nonprofit organization.

The goal is to keep the property in the public domain as a museum or historic site, said Howard Pollman, spokesman for the Pennsylvania Historical and Museum Commission.

If the state sells the church to someone else, the property could be conveyed with historic preservation covenants included in the deed, he said.

“None of this is happening immediately,” Pollman said. “We are seeing what kind of interest is out there. We are just beginning the process.”

On Jan. 30, board President John V. Thomas briefed the township board of commissioners about a recent meeting he had with Historical and Museum representatives. Thomas is vice president of the Friends of Peace Church, a volunteer organization that manages day-to-day operations at the building at 200 St. John’s Church Road.

The state agency has decided it wants to move Peace Church off its property rolls because it has determined the building has no statewide historical significance, Thomas said. At the time, the Historical and Museum representatives outlined three options for alternate ownership of the building.

One, the property could be leased to a government entity such as Hampden Township or Cumberland County. Two, the property could be transferred to a nonprofit group. Three, the church could be sold on the open market as part of a surplus and disposition process administered through the state Department of General Services.

Selling Peace Church to an outside buyer would require legislation introduced in the state government committee of the Pennsylvania House of Representatives, Pollman said. General Services would have to conduct an appraisal to determine the fair market value of the building, he said.

Covenants could be put on the deed to require the buyer to maintain the building as a museum or historic site or to develop it into adaptive reuse such as office space or a restaurant, Pollman said. However, any restrictive covenants could decrease the value of Peace Church on the market, making it harder to sell. No decision has been made and no legislation has been introduced.

The Sentinel has compiled a collection of profiles looking at some of Cumberland County’s oldest buildings that are still standing today.

Unlike an open sale, a transfer of ownership to a government entity or nonprofit would not require legislation and could be processed internally by the Historical and Museum Commission, Pollman said. The obstacle with either option is to find a party interested in taking ownership of Peace Church.

The state through the Historical and Museum Commission owns Peace Church and is responsible for major upkeep of the structure. A briefing document from January outlined $434,386 in projects since 1991 or an average of $15,500 per year. The projects included:

The Historical and Museum Commission also spends $3,500 in staff time and $15,725 in buildings and grounds maintenance each year.

Meanwhile, the Friends group is responsible for paying site utilities, grounds keeping and day-to-day operations and maintenance tied to hosting special events, Thomas said. While the Friends group wants to continue in this role, there is no interest by its membership to take ownership of the structure.

During his Jan. 30 briefing, Thomas said the Historical and Museum Commission would be willing to transfer ownership to Hampden Township pending the approval of the board of commissioners. However, that idea lacks support. “We are not in the business of owning historic buildings,” Thomas said in a phone interview earlier this month.

Instead, Thomas recommended that state officials approach other historical societies or nonprofit groups before resorting to the surplus and disposition option. The township commissioners in late January tabled any further discussion until the Historical and Museum Commission reports back on its efforts.

“We would hate to see the church go commercial and be converted to another use,” said Don Paul Shearer, president of the West Shore Historical Society. “We are ready to help and do what we can.”

Shearer was contacted by Thomas and advised of the meeting between the Friends of Peace Church and the Historical and Museum Commission. “I started making phone calls to find out what the situation was,” Shearer said. One of his goals is to use his expertise as a real estate agent and commercial real estate appraiser to formulate a plan where the Friends group could maybe pursue fundraising and the long-term lease option, he said.

The West Shore Historical Society lacks the means to take on ownership of Peace Church, Shearer said. “But we have ideas and contacts.”

The Historical and Museum Commission began to review its portfolio of properties back in the early 1980s, according to the briefing document. The goal has been to determine what holdings have statewide versus local/regional significance with a view toward focusing limited resources to the sites with the greatest statewide significance.

“We review everything,” Pollman said in a recent phone interview. “We only have so many resources to go around.” While an important site locally, Peace Church does not reach the criteria for having the same level of statewide significance as sites like the Brandywine Battlefield Park, the Drake Well Museum, the Ephrata Cloister, Pennsbury Manor and the Landis Valley Village and Farm Museum, Pollman said.

Peace Church consists of two buildings on 1.1 acres along with a collection of less than 30 artifacts including a pipe organ, a lectern, a baptismal font and a cast iron stove. Though the Historical and Museum Commission has no personnel on site, a part-time staff helps with facility rentals of Peace Church that draws about 360 of its 800 annual visitors.

“Over the last several years, PHMC has been continuing to pursue alternative ownership/stewardship arrangements for properties that may benefit from more local or regional management,” the briefing document reads. “Peace Church is among the properties identified as a candidate for a new ownership arrangement.”

Some of the Historical and Museum Commission properties transferred by legislative action include:

“The cornerstone of the church was laid in 1798,” Thomas said. “It’s one of the oldest buildings in the county and state. It still exists while a lot of them are long gone.”

Beyond its age, Peace Church has several tie-ins to the 1863 invasion of Pennsylvania by the Confederate Army of Northern Virginia. One objective of the Rebel campaign was to capture Harrisburg.

During the campaign, Confederate forces under Brig. Gen. Albert Jenkins captured Mechanicsburg and moved east to reconnoiter Union defenses on the West Shore protecting the approaches to the state capital.

Schmick said Peace Church was the launch point of a reconnaissance force that carried Jenkins and three Army engineers to nearby Slate Hill where they surveyed the lay of the land and the earthworks of Fort Couch and Fort Washington. What they saw convinced the Rebel high command that Harrisburg could be taken but Jenkins was ordered to Gettysburg before the Confederate army could launch an attack.

An article published in a Hampden Township newsletter provides additional details: “Jenkins pulled out of Peace Church on June 30th leaving two cavalry units behind. They ended up in a firefight with Union forces at Sporting Hill — the northernmost skirmish of the Civil War.”

“Not only does Peace Church have statewide significance, it has national significance because of the Civil War,” Shearer said. He also cited the role the church played in the Confederate approach to Harrisburg.

Peace Church also played a role in the founding of the Church of God denomination by Rev. John Winebrenner, who was a Dickinson College alumni, Schmick said. The college archives posted a biography of Winebrenner on its website.

Born near Frederick, Maryland, Winebrenner studied in Carlisle with the Class of 1818 before he traveled to Philadelphia to study theology. Winebrenner was ordained in the German Reformed Church in September 1820 and began his ministry as a pastor of four churches in the Harrisburg area, including Peace Church.

His preaching against theaters, balls, lotteries, gambling, horse racing and slavery caused such dissension in the ranks of the faithful that the congregation locked Winebrenner out of his churches. In September 1828, Winebrenner was removed from the Reformed Church, clearing the way for him to establish the Church of God.

The Pennsylvania State Historical Commission is questioning the state historic significance of the Peace Church in Hampden Township.

The Peace Church is located off St. Johns Church Road near Trindle Road in Hampden Township.

Pictured are the pews in the historic Peace Church in Hampden Township.