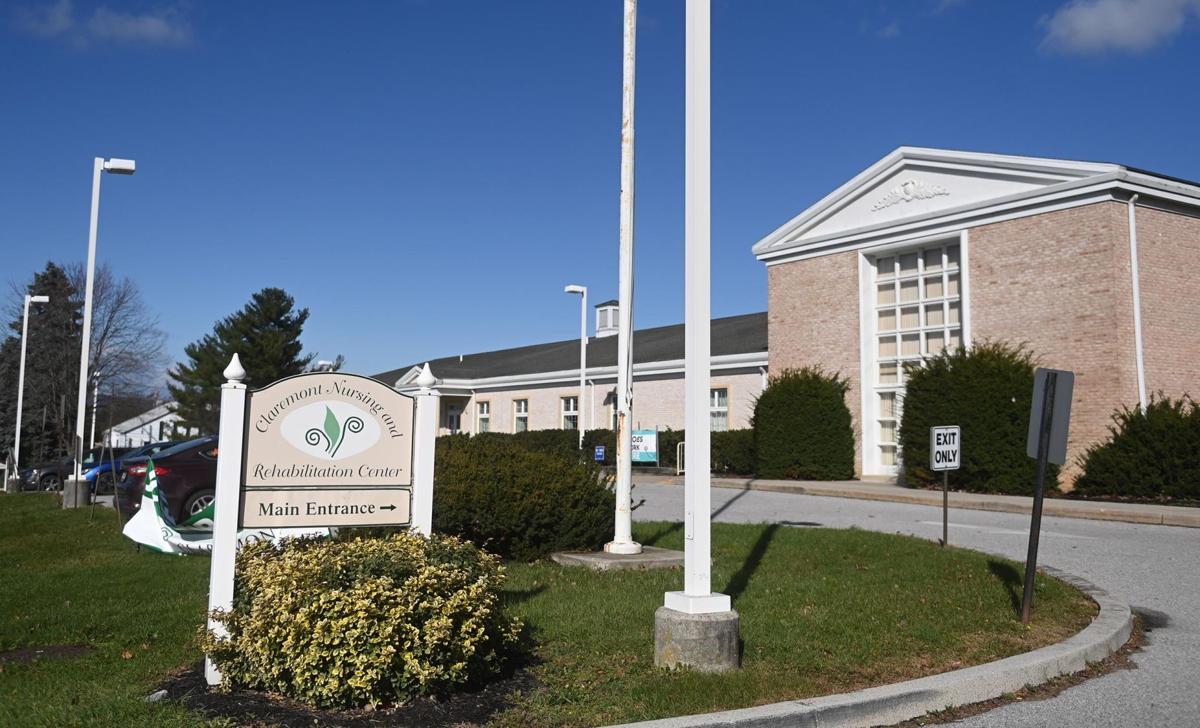 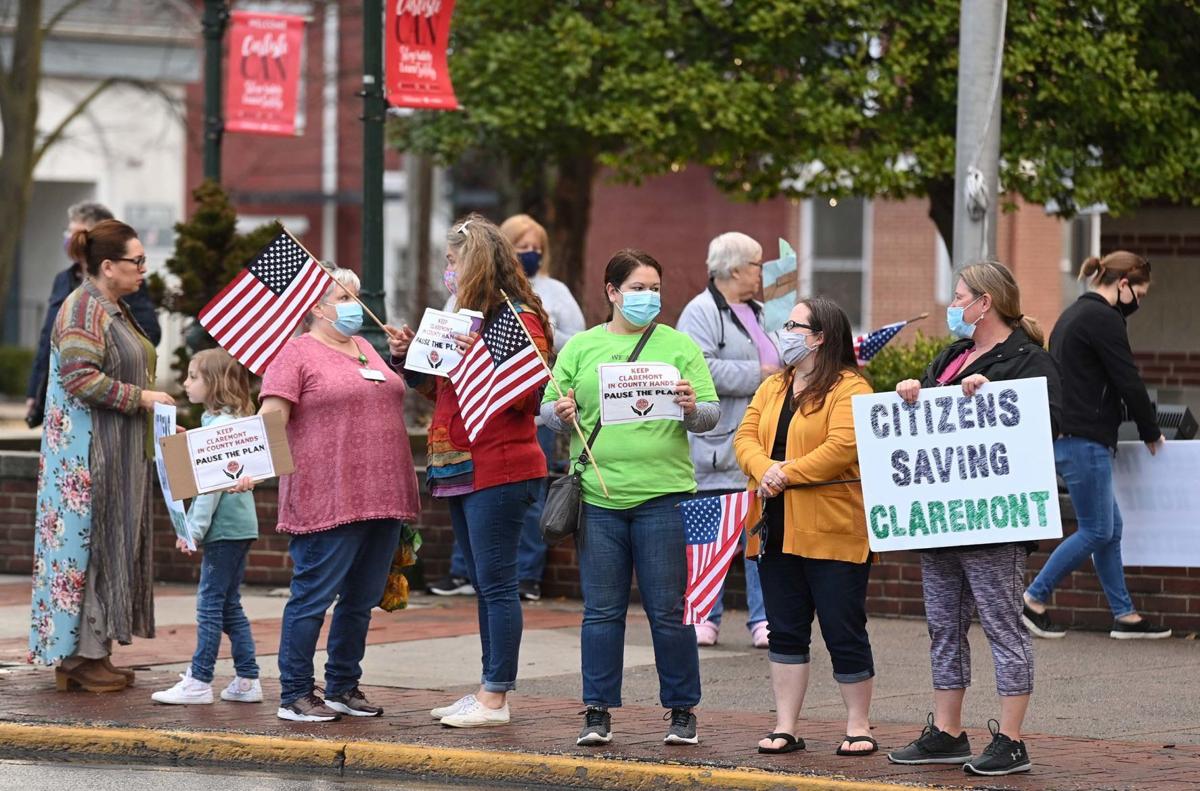 People rally on the Square in Carlisle in March to speak out against the proposed sale of the county-owned Claremont Nursing and Rehabilitation Center.

Cumberland County officials will most likely continue to face pushback from their constituents — both individuals and local governments — even after it completes a prospective agreement to sell Claremont Nursing and Rehabilitation Center, the county-owned nursing home.

Last week, Mechanicsburg Borough became the most recent municipal government to pass a resolution asking the county to put the brakes on the planned sale, and a group that has been skeptical of privatization said it would continue to press the county through the due diligence phase that will likely come after a sale agreement is inked.

“It’s not over until it’s over,” said Tim Potts, one of the organizers of the group Citizens Saving Claremont.

Such an agreement with Allaire Health Services, the prospective buyer for Claremont, is “imminent,” County Commissioner Gary Eichelberger said this week, and could come as soon as Monday. 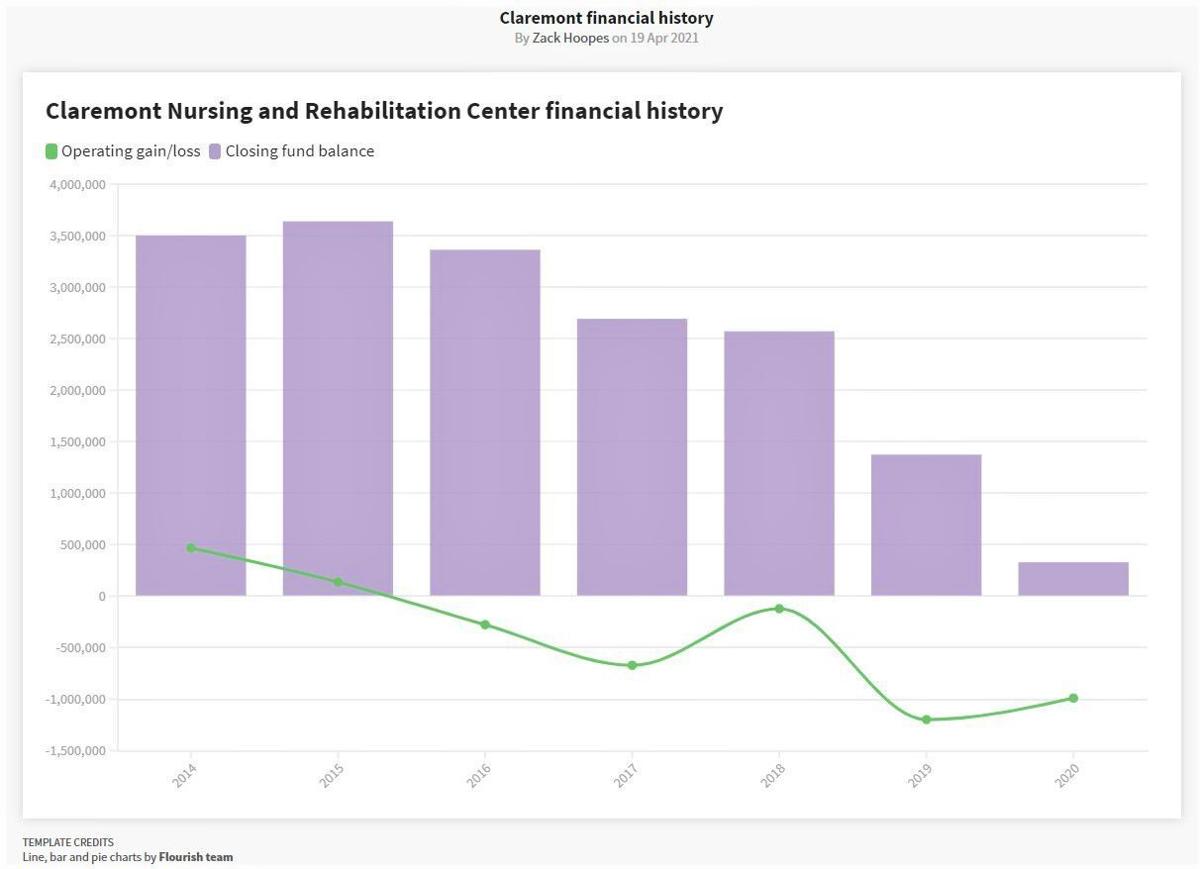 How long has Claremont been losing money, and will it continue to? 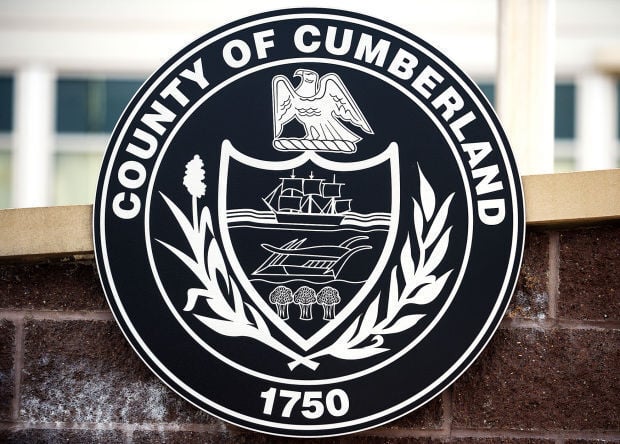 The county has millions of dollars in cash on hand — can it use those funds to help Claremont? 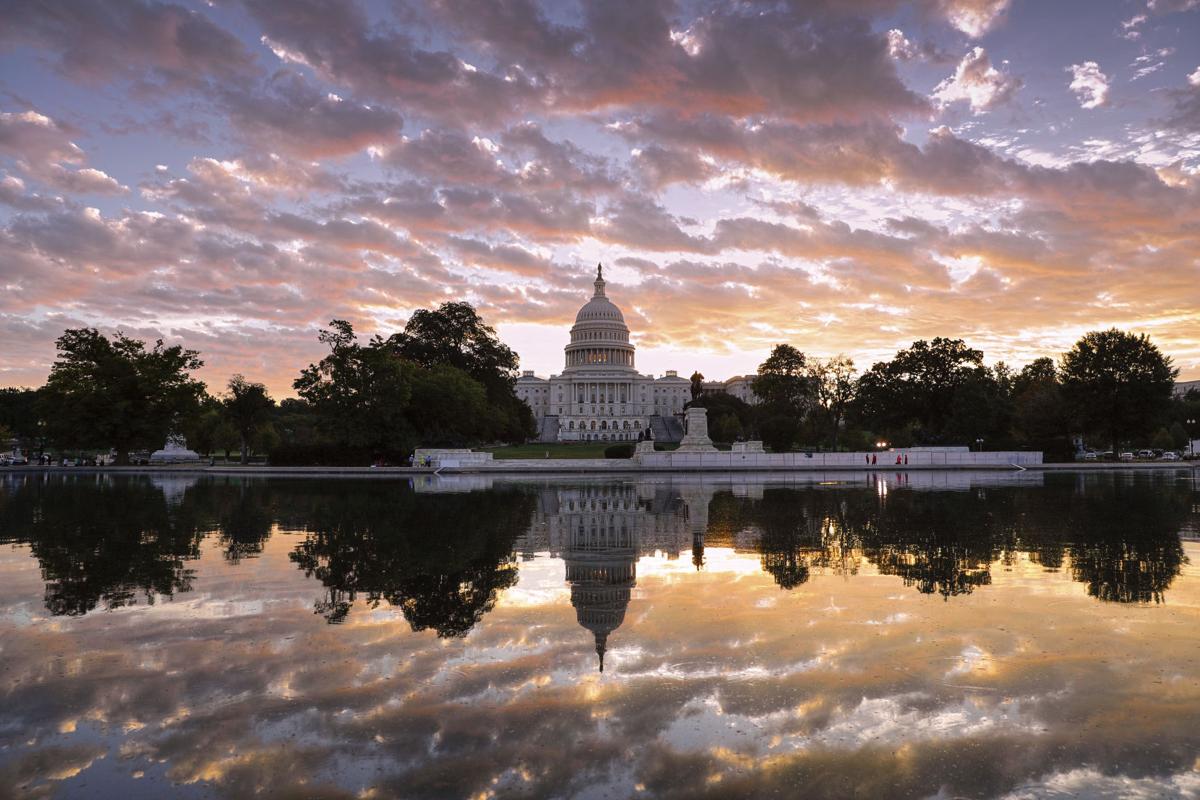 Could the county use future federal stimulus funds to support Claremont? 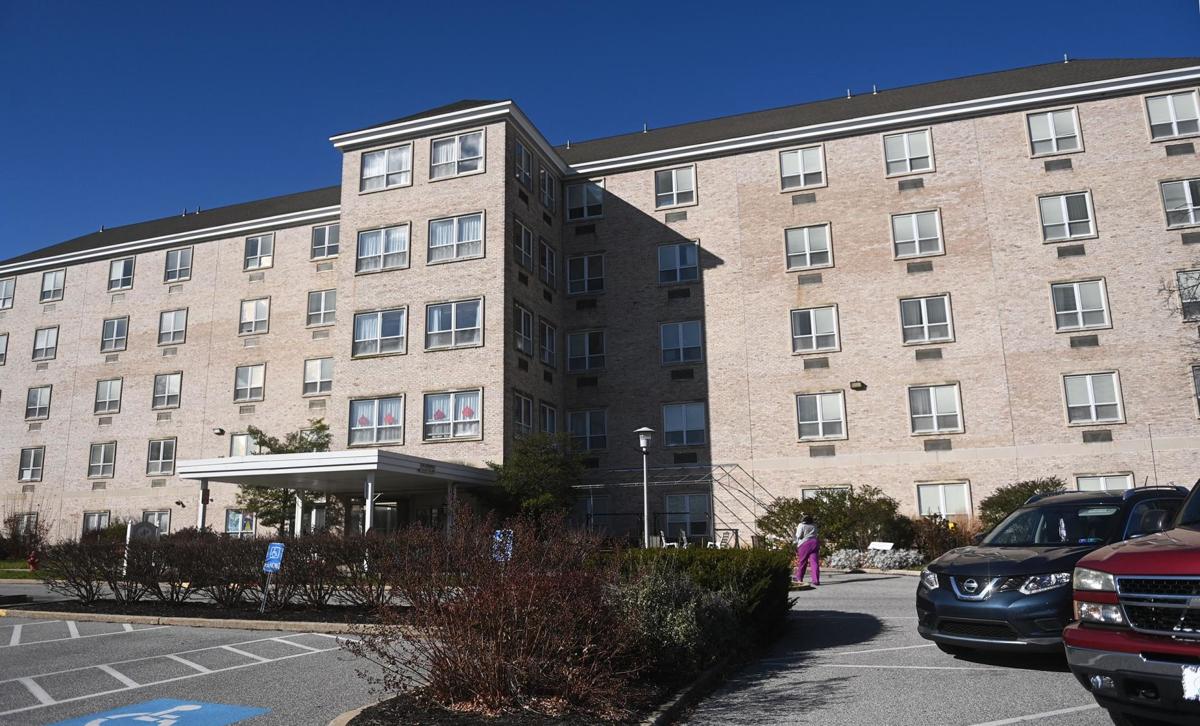 Can the county incur taxes to help support Claremont? 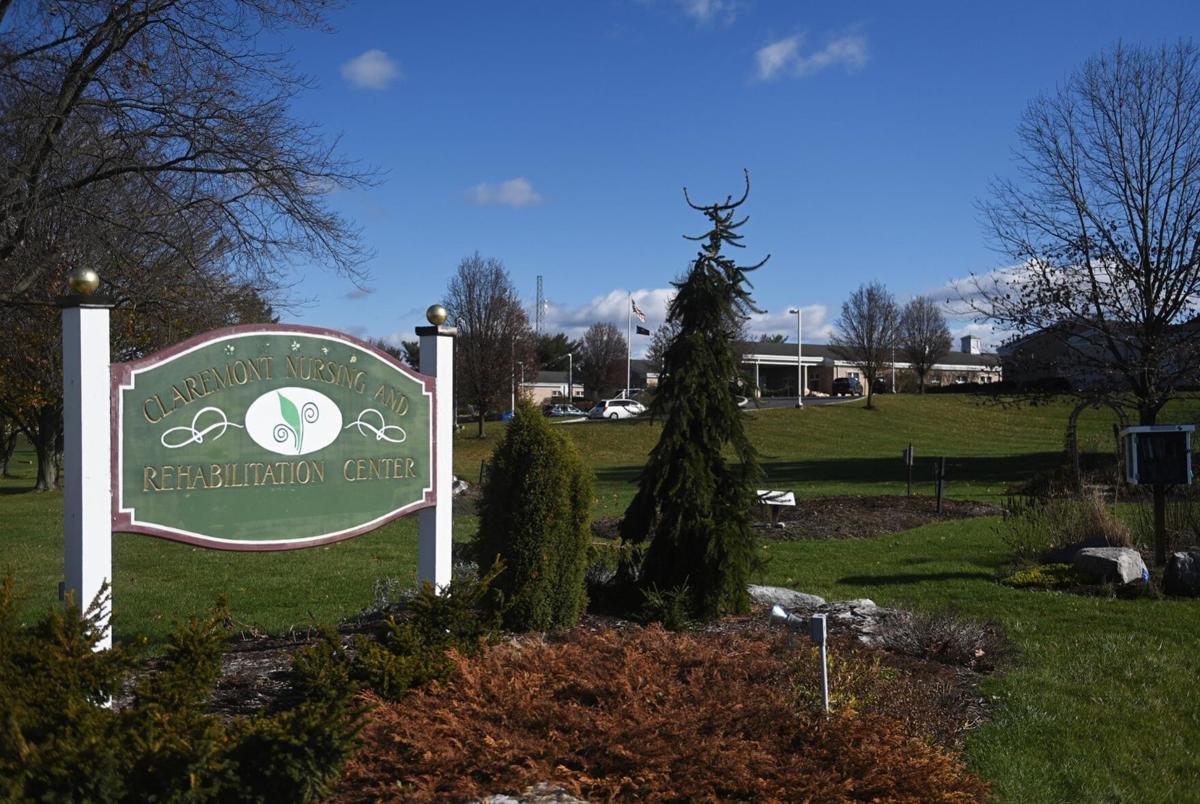 Would selling Claremont mean that it would accept fewer low-income residents? 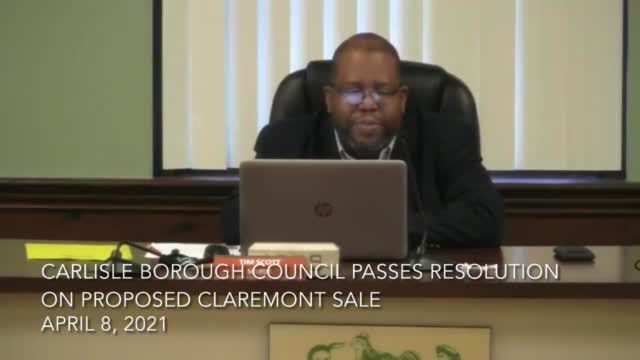 A majority of Cumberland County residents would be willing to pay more in taxes to keep Claremont in county hands, according to a poll commissioned by the Partnership for Better Health.

The survey, conducted by Susquehanna Polling and Research using a representative sample of 400 Cumberland County residents, indicated that 57 percent of respondents would be willing to pay $20 more in annual property tax to cover Claremont’s operating deficit; 32 percent said they would not, and 11 percent were undecided.

Given Claremont’s projected deficit, $20 is the approximate tax increase on a $200,000 home that would be needed to compensate for 2021’s losses at the nursing home; the county has cautioned that this number would likely grow each year if Claremont’s patient count remains low and federal COVID-19 assistance wanes.

County Commissioner Gary Eichelberger has voiced objections to the poll’s results based upon this, saying that the inclusion of the $20 figure is a leading question given that the number will likely not hold in forthcoming budgets.

While tax rates are not an issue for the majority of voters, according the poll, voters are less certain about the ultimate question of whether or not the county should sell Claremont — 45 percent of respondents said the county should retain the facility, 14 percent said it should sell, and 41 percent were undecided.

A clear majority of respondents — 72 percent — had heard about the issue, and 55 percent ranked Claremont’s ability to serve low-income residents as a 10 on a scale of 1-10.

Susquehanna’s poll sample of 400 people was achieved by both landline and cell phone interviews of registered voters, as well as through the company’s web-based platform that included some non-voters as well.

Age ranges of respondents were evenly-distributed, according to poll data, and political affiliations were representative of the county, with 50 percent of respondents registered Republicans, 34 percent Democrats, 13 percent independent or third-party, and 3 percent not registered to vote.

Would selling to a private operator hurt Claremont’s quality of care?

One of the advantages of having the nursing home in county control is oversight over its operations.

At a high level, privately-run homes have a greater risk of declines in quality; for the specific transaction between the county and Allaire Health Services regarding Claremont, the answer is less clear.

A recent paper published through the National Bureau of Economic Research, for instance, pointed to an increasing rate of private equity investors buying stakes in homes as a risk for for-profit nursing home operators. The study found that resident mortality rates were about ten percent higher for private equity-held homes versus the overall average, and those homes saw a 50 percent increase in the likelihood that antipsychotics would be used on a patient, problems linked to cost-cutting measures.

Comparing Claremont to Allaire’s four existing homes shows that their Centers for Medicare and Medicaid ratings, a five-star system, are roughly on par with each other — two of Allaire’s homes rate worse than Claremont, one better, and one the same.

CMS data also shows that the number of reported deficiencies in the last three years’ inspection periods is roughly the same. Both Claremont and the Allaire facilities, taken in total, had just over seven deficiencies per resident over the three years, or one deficiency per 21 residents on an annual average.

“The legal teams are on, we believe, the very last comparison of notes,” said Eichelberger, a Republican, who has been the proposed sale’s staunchest defender.

Even after sale terms are formally agreed upon, the deal won’t be fully closed until August or September, and could still fall through in that time, but it’s unlikely, Eichelberger said.

“Allaire has been a very fine partner, and we think they’ll be a great community partner,” Eichelberger said. The continued opposition is “more about making the noise than having an effect,” he said.

Commissioner Vince DiFilippo, also a Republican, said he foresaw an agreement in the next two weeks, and said his position remained that selling Claremont was the best way forward.

“It doesn’t appear there are any major roadblocks,” DiFilippo said.

But Commissioner Jean Foschi, the board’s lone Democrat, was more skeptical of how fast the process would wrap up. She has yet to see a sales agreement draft, Foschi said this week, and no specific price has been proffered, although the county has completed the pre-sale value assessment of the facility as required by law.

Foschi has opposed moving forward with the sale in recent votes, criticizing her Republican colleagues for a process she said was oriented toward a fast sale as the primary solution, without communicating to the public exactly what it might take for the county to retain Claremont and stem its financial decline.

“They’re counting on [the sale] going through, but who knows what will happen,” Foschi said. “We have not done this in a way that helps the public understand the situation.”

The county’s decision in October 2020 to investigate a sale of Claremont came as the nursing home’s financial situation began to deteriorate more rapidly. The facility has run deficits for years, drawing down its account balance, which has since dipped into the red.

Claremont lost $2.15 million in the first quarter of 2021, according to the nursing home’s financial reports, with its operating account now $1.53 million to the negative.

The county’s budget anticipates a $2.6 million cost to the county’s general fund to subsidize Claremont; were the county to retain ownership into 2022, the county’s’ finance department has estimated that a tax increase of 8 to 14% would be needed, which would come out to between $35.12 and $61.46 of additional property tax on a $200,000 home.

Would selling Claremont mean that it would accept fewer low-income residents?

Opponents of the sale say a tax subsidy would be worth it to retain public ownership of Claremont and give it more time to get back on its feet, particularly after the COVID-19 pandemic.

While Claremont had faced hurdles prior to the pandemic, the virus rapidly accelerated them. The facility’s average daily patient count for March 2021 was 149 patients in a 282-bed facility. A year earlier, the average headcount was 260.

The ability of Claremont to accept more patients — and the revenue that comes with them — is limited by staff shortages, with dozens of open positions listed on the county’s most recent report.

Privatization would mean that the public would lose oversight of the facility, particularly its quality of care, opponents point out. Claremont would rebuild its staff and patient base under corporate control, as opposed to being supervised by the county commissioners via open public meetings.

Potts said a major concern for his group is that, instead of rebuilding under the steady hand of the county, Claremont could be subject to a revolving door of ownership.

Potts pointed to Franklin County’s formerly county-owned home, which was privatized in 2013, saw its care ratings plummet, and was then re-sold. Susquehanna Group Advisors, the consultant Cumberland County is using for the Claremont sale, also facilitated the 2013 Franklin County divestment.

Those concerns were echoed in the Mechanicsburg Borough Council’s resolution, which asked the county commissioners to “delay and reassess” the sale and to “explore all options available that might allow the operation of Claremont to stay within the county’s structure or will at the very least allow the county to retain oversight and control over quality and delivery of care, especially to the county’s most vulnerable residents.” Other municipalities, including Carlisle and Newville, passed resolutions earlier this year asking the county to re-think its plans, citing similar concerns.

The resolution also urged the county to “accept the assistance that a local foundation has offered to fund an independent evaluation of Claremont aimed to finding ways to improve the efficiency and sustainability of the facility’s operations.”

The Partnership for Better Health, a Carlisle-based nonprofit, has offered to finance a prospectus study for Claremont to quantify possible outcomes and options; Eichelberger has said he doesn’t believe the effort would be fruitful.

County-owned homes, once ubiquitous, are becoming less common in Pennsylvania. Facilities that have been privatized generally have lower ratings on common metrics; a York Dispatch study in 2018 found that 15 formerly county-owned facilities sold since 2005 had an average rating of 1.9 stars out of five on the common scale used by the Centers for Medicare and Medicaid Services, while the state’s 21 county-owned homes averaged 3.1 stars.

Comparing Claremont to Allaire’s four existing homes shows their CMS star ratings roughly on par with each other — two of Allaire’s homes rate worse than Claremont, one better, and one the same.

Three of Allaire’s facilities are in New Jersey, and the fourth in Montour County, Pennsylvania. The company is also purchasing a nursing home in Bennington, Vermont, according to the Bennington Banner.

Cost reports for Medicaid rate-setting on file with the Pennsylvania Department of Human Services shows that Allaire’s facility in Montour County, Grandview Nursing and Rehabilitation, spends proportionally less on resident care using the DHS rubric compared to Claremont, at $145.06 per occupied bed-day in 2019 compared to $193.71 at Claremont.

The matter, with the county planning commission’s feedback, is scheduled for a public hearing, and possible vote, at the Middlesex Township supervisors' meeting on July 7.

As the sale of Claremont Nursing & Rehabilitation Center nears potential settlement, I thought it would be a good idea to again provide fa…

The zoning amendment that passed on Wednesday creates a new zoning district, labeled “institutional,” in Middlesex Township’s land-use code, and re-zones the county-owned land along Claremont Road and Army Heritage Drive to this new zoning classification.

While a sale price for the anticipated transfer of Claremont Nursing and Rehabilitation Center has yet to be inked, a political price may alre…

People rally on the Square in Carlisle in March to speak out against the proposed sale of the county-owned Claremont Nursing and Rehabilitation Center.