On the Move: Sentinel makes the move to Wheelhouse property
Share this
Return to homepage × 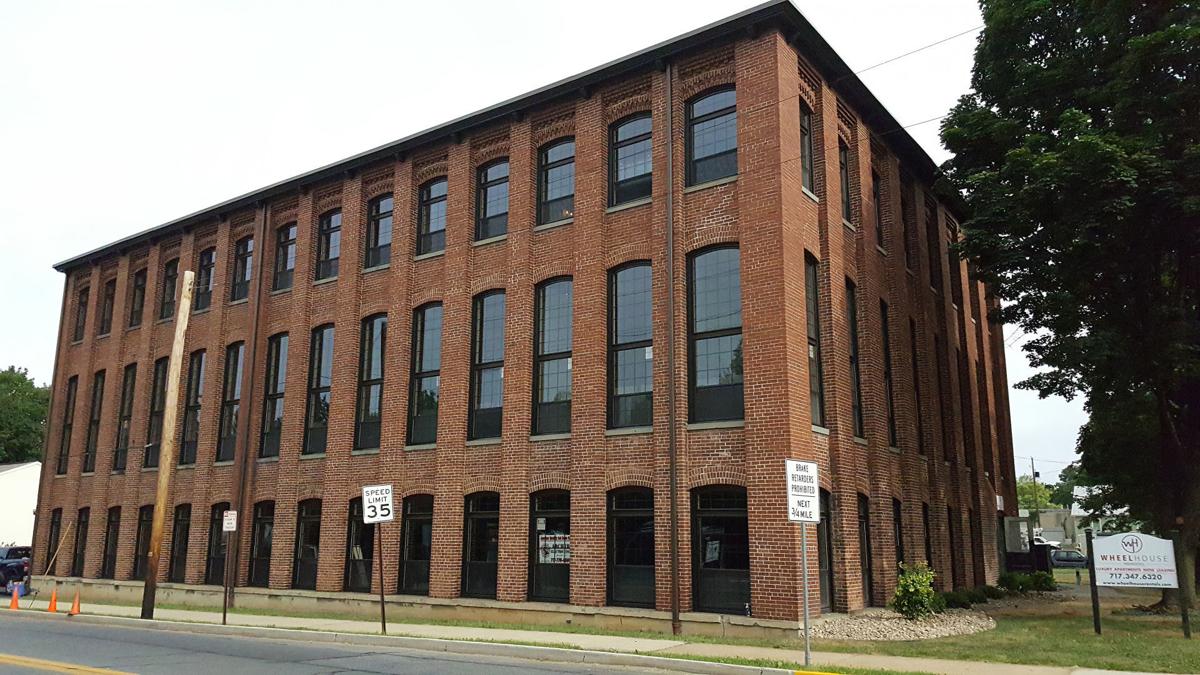 The Wheelhouse is at the intersection of B and North College streets in Carlisle.

Creative Building Concepts completed interior work on the interior of the new Sentinel offices earlier in August. The newspaper will officially move in to the building this weekend, re-opening for business at 8 a.m. Wednesday.

A multiyear project to renovate an old factory building in Carlisle into commercial space and apartments is nearing completion.

With the move-in this week of The Sentinel newspaper offices, only 2,000 square feet of commercial space remains vacant on the ground floor of the former Carlisle Tire & Wheel building at 327 B Street.

Also known as the Wheelhouse building, the three-story masonry structure at the corner of College and B streets is also home to 16 apartments on the second and third floors that have been fully occupied since the summer of 2017.

Creative Building Concepts of Carlisle recently hired a graphic designer to prepare renderings of a conceptual layout of what the remaining space could look like, said Ben Havens, co-owner of the building and a partner with Ross Garner in running Creative Building Concepts. Havens and Garner started the company as a full-service general contractor specializing in the custom remodeling and renovation of commercial and residential spaces.

“We’re trying to find the right person before we build it out,” Havens said. “We don’t have a signed tenant. We have no solid leads.” Though the real estate agent has shown the property, nothing promising has surfaced.

Creative Building Concepts retrofitted 4,000 square feet of the ground floor into the new home of The Sentinel, which will make the move this weekend from its old building at 457 E. North St.

In December, Lee Enterprises Inc., parent company of The Sentinel, sold the East North Street building to Amish Country Bakehouse, which is converting the building into a state-of-the-art pretzel bread factory.

Since 2015, the Wheelhouse has been owned by Creative Building Concepts, a local partnership, which renovated the second and third floors into 16 apartments. The second-floor units are loft style apartments with bedrooms and bathrooms above the kitchen. The third floor units feature one- and two-bedroom layouts.

Apartments on both floors vary from 700 to 1,100 square feet with rents of $1,100 to $1,300 per month. Thus far, the tenants have mostly been students of Dickinson School of Law or the U.S. Army War College at Carlisle Barracks, Havens said.

In preparation for The Sentinel, Creative Building Concepts had workers pour a new concrete floor, install a server room and put up walls for two offices, a conference room, an interview room, a break room and restrooms. A storage building was constructed across B Street in the parking lot to serve as the headquarters of the newspaper’s circulation department.

The entrance to the new Sentinel office was once a side window along the south façade of the ground floor. Workers had to remove a ton and a half of concrete to install the outside door leading to an enclosed vestibule that is slightly higher than the rest of the floor, Havens said. He added there are two handicapped spaces in the parking lot along with a ramp providing access from the vestibule.

Creative Building Concepts retained much of the original brick walls and original maple hardwood floors. The wooden pillars and crossbeams that support the original manufacturing site were made part of the design of the lofted living spaces and vaulted ceilings.

Built around 1900, the Wheelhouse building was originally a silk mill, Havens said. When Creative Design Concepts acquired the property, the interior still had evidence of drive shafts to run mill equipment.

Havens did not know when Carlisle Tire & Wheel acquired the building. That company moved its marketing department into the second floor while using the first and third floors as storage.

The original coal-with-hot-water radiator heating system was converted to oil. There were signs the furnace had been removed along with the oil tank. The building is now heated by natural gas.

There is a fire hydrant behind the building that dates from 1917 and used to connect to an automatic sprinkler system. The elevator shaft has been walled off on all three floors and the original elevator car sits suspended between the second and third floors.

The owners of the Wheelhouse property would like to have a plan in place by the end of the winter as to who could occupy the remaining 2,000 square feet, Havens said. He said the owners don’t want a tenant that directly competes with either the South Side Deli or The Sentinel.

Also, the prospective tenant should not make a lot of noise at night to disturb the apartment dwellers, Havens said. “We need to be patient because we want to find the right person.”

Creative Building Concepts recently picked up a pair of awards for its redesign work.

For its work done to the Charles McManus Tavern in Carlisle, the company was selected for a Construction Project Award at the 2018 Pennsylvania Historic Preservation Awards.

The annual awards recognize significant contributions in the field of historic preservation made by both individuals and organizations. The awards are presented by Preservation Pennsylvania.

In May, Creative Building Concepts received the inaugural Award for Preservation presented by the Cumberland County Historical Society for historic building restoration completed over the years.

“We are prepared to handle the complexities that come with any historic restoration/renovation project,” Garner said. “We’ve turned an abandoned factory building into gorgeous high-end industrial apartments; renovated an old five-sided jewelry store into an artistic four-story residence; and restored a 19th century tavern masterpiece into a vacation rental fit for royalty. All this experience means we are a perfect fit to help you preserve the history of your building project while modernizing your space.”

Today we take a look at the past and future of both buildings.

Monday we highlight our newspaper's move to its first new building in just over 65 years.

The Sentinel offices will be closed Monday and Tuesday as we make the transition. Customers may still call our customer service line at 866-589-4469 both days for delivery issues.

Print editions will be produced each day and local news updates and highlights will remain active on the Cumberlink website.

The new office will open to the public at 8 a.m. Wednesday.

Though the exterior of The Sentinel’s former office building at 457 E. North St. in Carlisle may not look much different than it did a year ag…

The Wheelhouse is at the intersection of B and North College streets in Carlisle.

Creative Building Concepts completed interior work on the interior of the new Sentinel offices earlier in August. The newspaper will officially move in to the building this weekend, re-opening for business at 8 a.m. Wednesday.