Dickinson College history professor Matthew Pinsker said he has been teaching about monument controversies for 25 years.

He said what he watched this summer has been surprising.

“I never thought some of these monuments would come down, like on Monument Avenue in Richmond, and yet here they are coming down,” Pinsker said.

Richmond Mayor Levar Stoney used emergency powers July 1 to order the immediate removal of all Confederate statues on city property, citing ongoing civil unrest and concerns about the safety of protesters should they attempt to pull down figures of Robert E. Lee, Stonewall Jackson and others.

Tragedies of the past few years fueled a quick shift in public opinion that has driven this “sea change,” Pinsker said.

The Southern Poverty Law Center said in an April 2016 report that 114 Confederate memorials were removed in the aftermath of the June 2015 mass murder of nine worshippers at Emanuel A.M.E. Church in Charleston, an historic Black church.

At least 63 Confederate statues, monuments or markers have been removed from public land across the country since the death of George Floyd on May 25 in Minneapolis. Floyd died after a Minneapolis police officer pressed his knee into Floyd’s neck for nearly nine minutes while he was handcuffed on the ground.

Black Lives Matter protests and pressure from political, business, sports and religious leaders also proved the final straw for Mississippi lawmakers who voted to remove the Confederate battle flag from its state flag.

"It finally forced people to choose whether they wanted to stand with civil rights or stand with hate groups,” Pinsker said. "Even if they didn’t think the flag represented hate, they didn’t want to be associated with people who used it for hate."

An SPLC database of Confederate monuments and other memorials shows most memorials are concentrated in the South. The database listing shows three memorials in Pennsylvania, all in McConnellsburg, located 30 minutes west of Chambersburg in Fulton County. One is a road named Confederate Road. Another is a monument to the Last Confederate Bivouac sponsored by the Pennsylvania Historical and Museum Commission and the Fulton County Historical Society.

The last one, a monument to Confederate soldiers, was sponsored by the United Daughters of the Confederacy in 1929 and, on those points, it isn’t unusual.

The United Daughters of the Confederacy was responsible for the creation of 455 monuments over the years, according to the SPLC. The organization said there were two distinct periods in which the construction of monuments spiked. The first started around 1900 and continued into the 1920s, corresponding with the enactment of Jim Crow laws. The second started in the mid-1950s and last until the late 1960s, corresponding with the civil rights movement.

With monuments under more scrutiny and leaders under more pressure to take action, Pinsker said the process for evaluating statues and any decision about public monuments needs to be deliberative.

“Nobody wants to encourage mobs to tear things down or vandalize property. That’s always a mistake. That’s divisive,” he said.

Part of the process must reassure people that their voices will be taken into account and that it will use those voices to produce a result people will accept as legitimate.

“That’s what we worked really hard to try to do at Dickinson. We spent three years trying to build consensus and we’re not done yet,” Pinsker said.

Ten student interns worked on House Divided's Dickinson & Slavery initiative that explored the college's ties to slavery and antislavery efforts and produced a report looking at how the college and Carlisle community had remembered or ignored key figures.

The report led to a May 2020 decision to rename a residence hall and a campus gateway after former slaves who were longtime employees and friends of the college.

Pinsker said it’s important to distinguish between memorials that involve slaveholders and the debate over Confederate memorials. Colleges, especially those in the North, have been dealing with commemoration regarding slaveholders who were not Confederates.

That the bases were named for Confederates in the first place comes out of the mindset of political leaders in the early 20th century who were trying to promote a sense of nationalism and reconciliation, Pinsker said. They found a willing partner in southern communities that wanted to promote the lost cause, which emphasized states’ rights over slavery as a cause of the Civil War, and white supremacy.

“Federal officials looked the other way in the spirit of reconciliation to try to build a strong new nation,” he said.

Reconciliation, though, came at the price of Black civil rights, Pinsker said.

Should bases be renamed, Pinsker has what — at first glance, based on popular knowledge — seems an unlikely suggestion in Harriet Tubman, whom he said made major contributions to the United States military effort during the 1860s.

According to history.com, Tubman formed a spy ring in South Carolina. On June 1, 1863, Tubman and Col. James Montgomery led a raid up South Carolina’s Combahee River that resulted in the escape of more than 700 slaves and destroyed plantations, fields, mills, warehouses and mansions in a loss for the Confederacy.

“You could rename an Army base in the south after her and do an awful lot for unifying people and inspiring them to learn more about our military past,” he said.

“Our mission is to protect, promote and interpret the history of Cumberland County and, in a sense, those monuments are a part of Cumberland County,” said Lindsay Varner, community outreach director for the Historical Society. “But I often think that the history behind them has either not been fully told, it has not been talked about and they’re not always, if ever, interpreted as to why they are put there.”

To address questions about a monument, the first priority is to look at who put it up and what their purpose was in putting it up, Varner said. The historical society was not directly involved in putting up monuments in the county so it hasn’t tracked what has gone up and why.

Questions about monuments and their appropriateness in the public space also raise concerns about telling a true and inclusive history of the communities in which they are located. Though people might think history doesn’t evolve, Curtis said the reality is that new records are located, more information found and new voices heard. When new information comes to light that shifts interpretations of events, people and places, that needs to be reflected in markers and signs when possible.

As historians, Varner said their role is to look at the past, understand it and contextualize it. Monuments do help play a role in that, but it isn’t the society’s role to decide what should come and go.

“Ultimately, the community has to decide about the structures,” Varner said.

The Historical Society has also been discussing wayside and historical markers, which are additional ways to memorialize people and events. One example is the marker along Claremont Road for the Carlisle Indian Industrial School, Varner said.

The Pennsylvania Historic and Museum Commission dedicated the roadside marker to the school in August 2003. Its text describes the school as a “model for a nation-wide system of boarding schools intended to assimilate American Indians into mainstream culture” while pointing out that it left a “mixed and lasting legacy.”

Varner said the descendants of those who attended the school have “strong opinions” about what the marker should say.

“That’s just due to shifting culture and how they view the school,” she said.

Whether it’s removing a statue, rewording a wayside marker or renaming a bridge, road or building, education must be part of the process.

All of the effort and energy put into removing and renaming would be wasted if everyone eventually forgot what the new names were all about, Pinsker said. The purpose of the action is supposed to be to teach people about their past.

But even that’s questionable.

Most people ignore monuments. Pinsker said he often tells his students that erecting a monument involves three components of which history is the least important. The first is politics and the second is civic art.

“Most of these monuments are not very useful as teaching tools for an understanding of the past,” he said. “We can make them more useful. It’s not a lost cause there, but it’s not easy.”

Monument Movement: Making decisions on memorials in the Midstate

The district plans to reopen buildings Monday for Group A students, Superintendent Christine Spielbauer said. Extracurricular activities are also to restart then, she said.

The district plans to reopen buildings Monday for Group A students, Superintendent Christine Spielbauer said. Extracurricular activities are also to restart then, she said.

Voters in four additional precincts will go back to original locations; while two precincts have permanent changes, due to a building closure and space allocation.

Though three CV students have tested positive for COVID-19, none of the three cases have resulted in exposures within school buildings, Superintendent David Christopher said.

Despite no positive COVID cases reported within the district this week, however, a total of 21 district students remained in virus-related quarantine.

Recent reports of COVID-19 cases among students put the Carlisle Area School District health and safety plan to the test. A temporary shutdown allows for intense cleaning with in-person instruction scheduled to resume on Monday.

Pennsylvania State Police report a suicidal man with a handgun led them on a vehicle pursuit through Adams and York counties before exchanging gunfire with troopers. 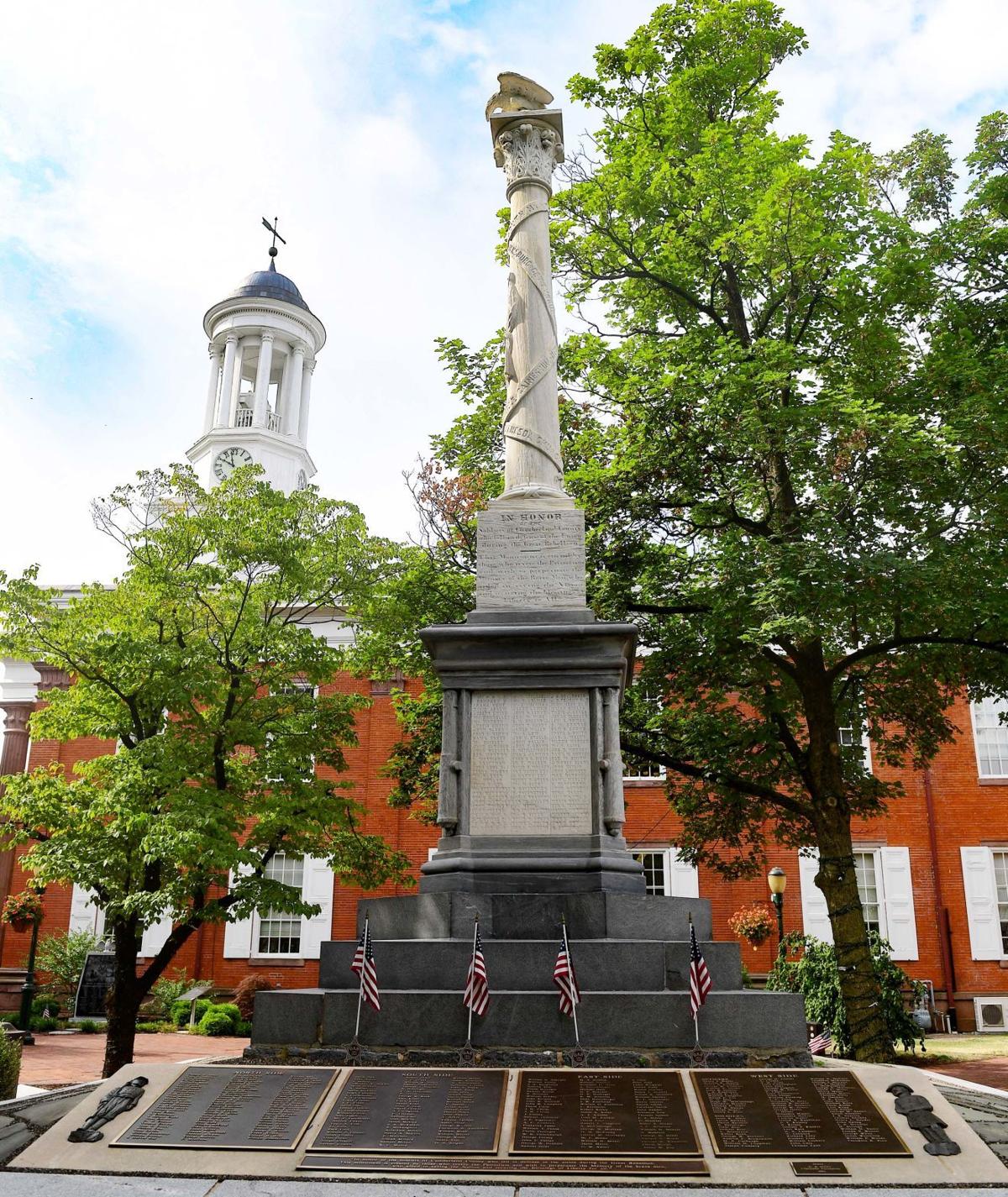 The Soldier’s Monument on Veterans Square in Carlisle was built shortly after the Civil War. 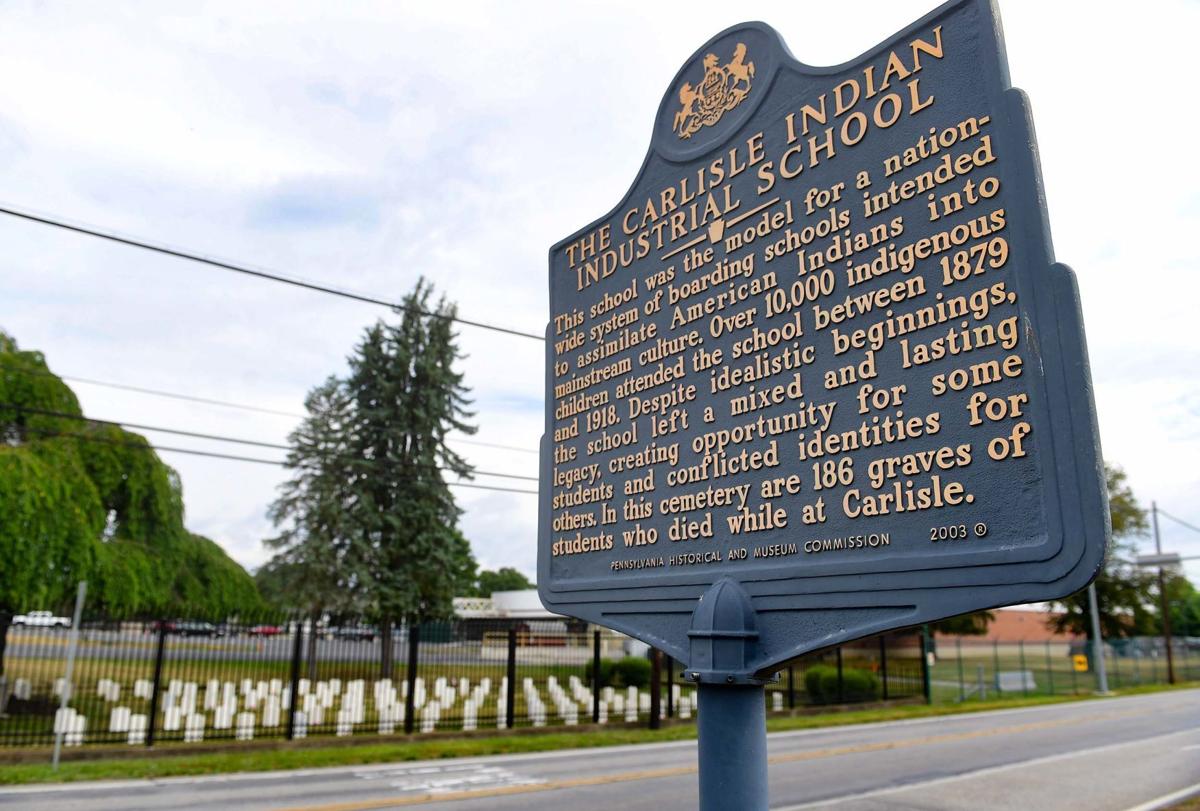 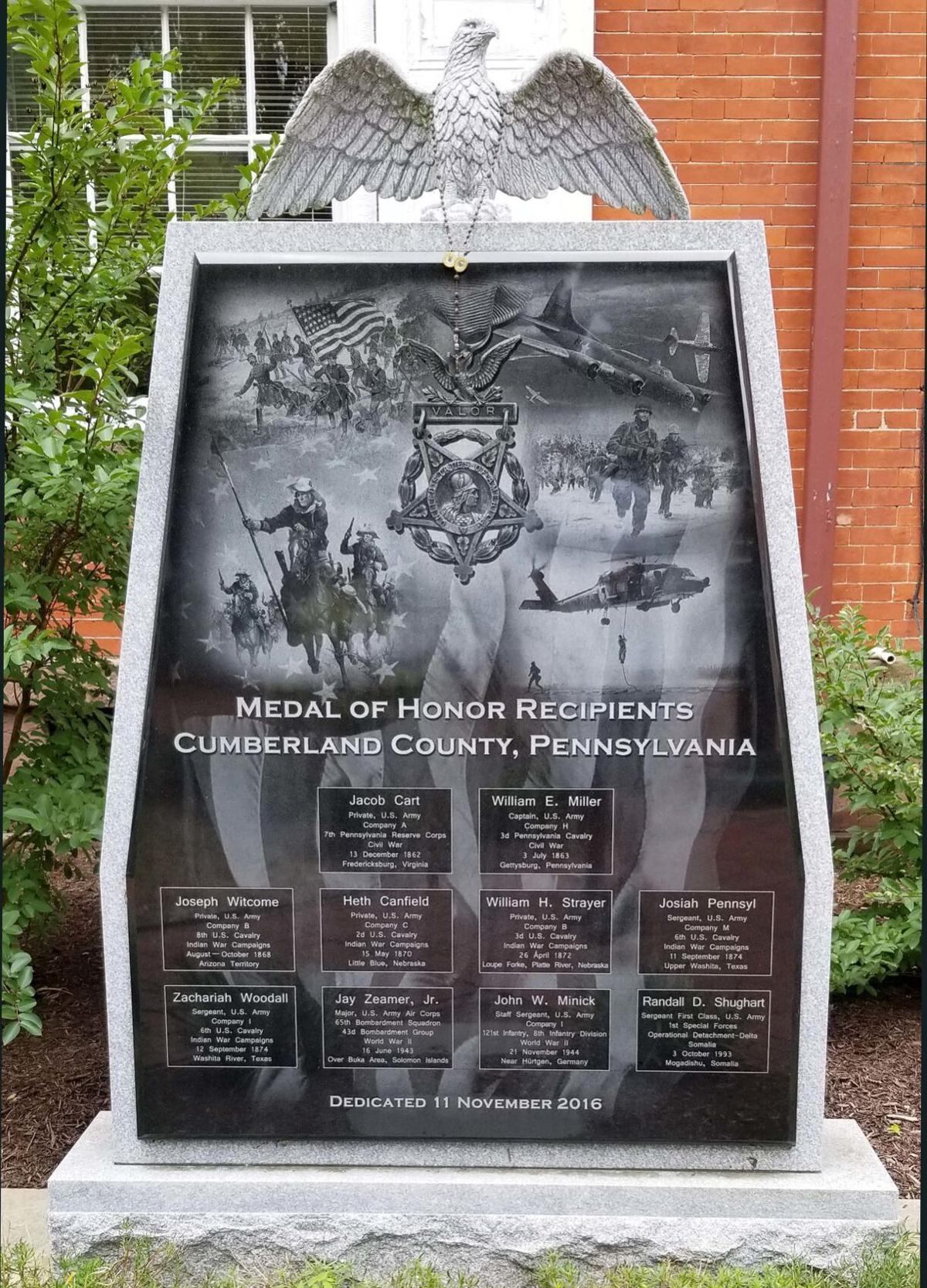 The Medal of Honor Memorial in Veterans Memorial Courtyard in Carlisle was dedicated in 2016. 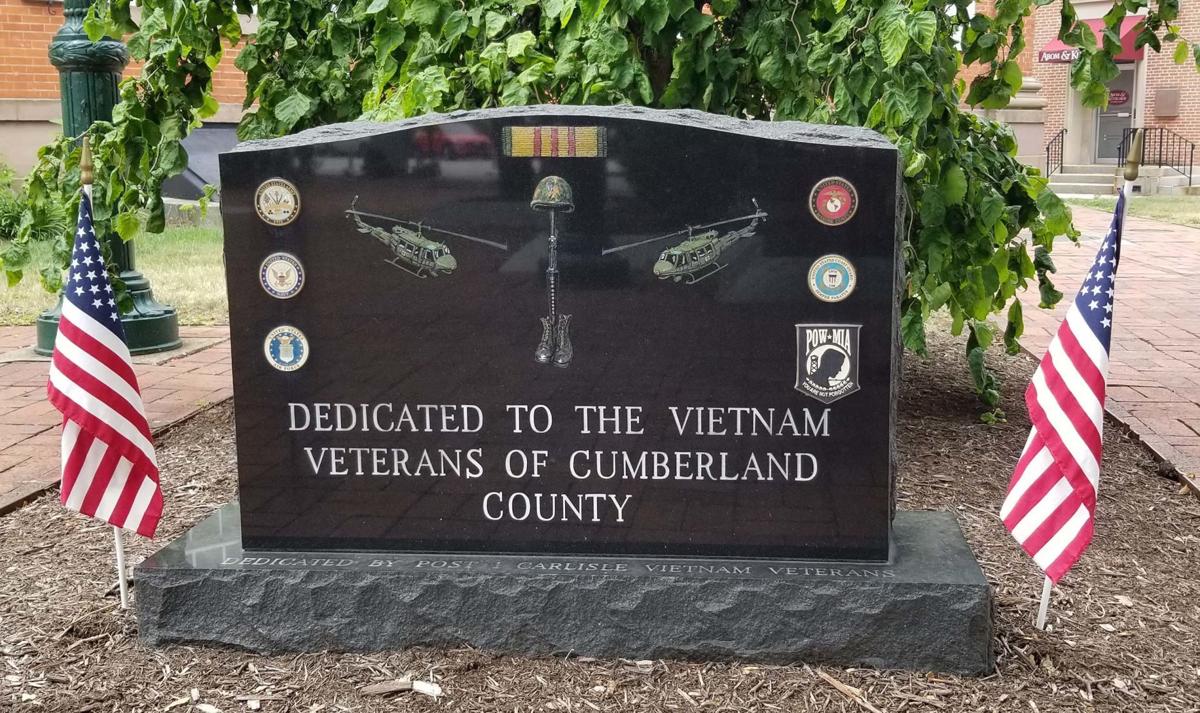 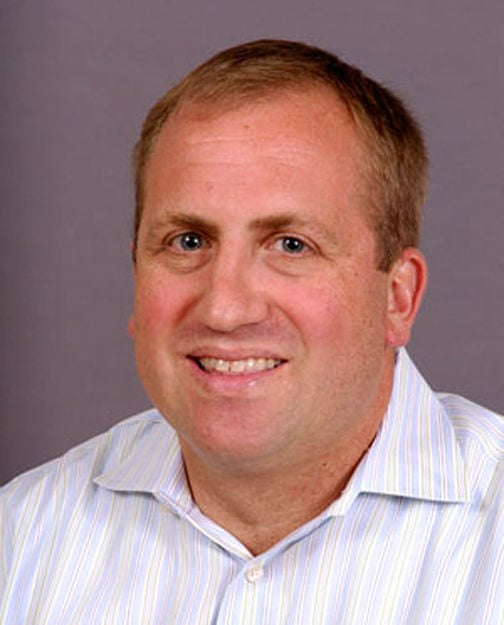 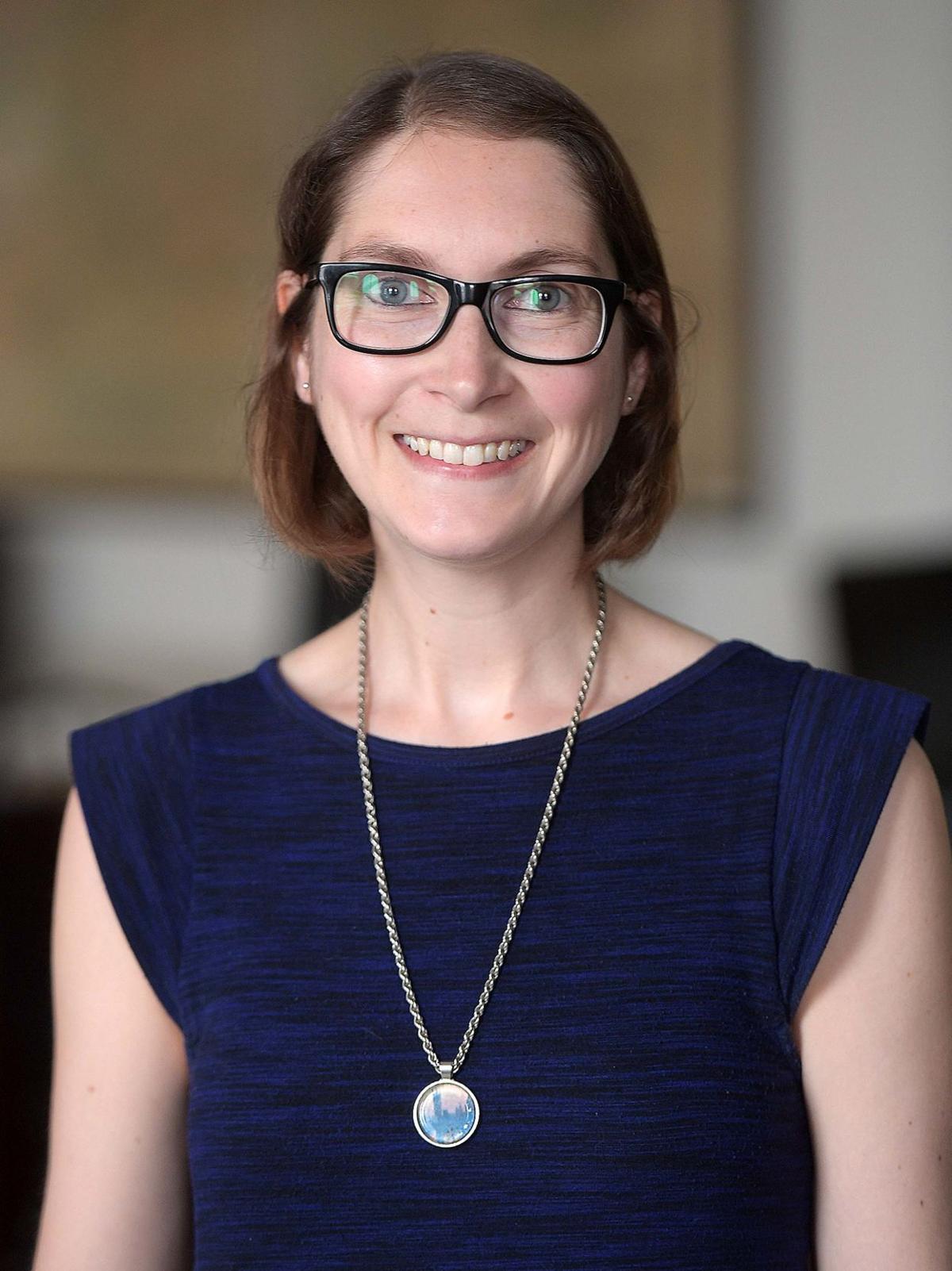