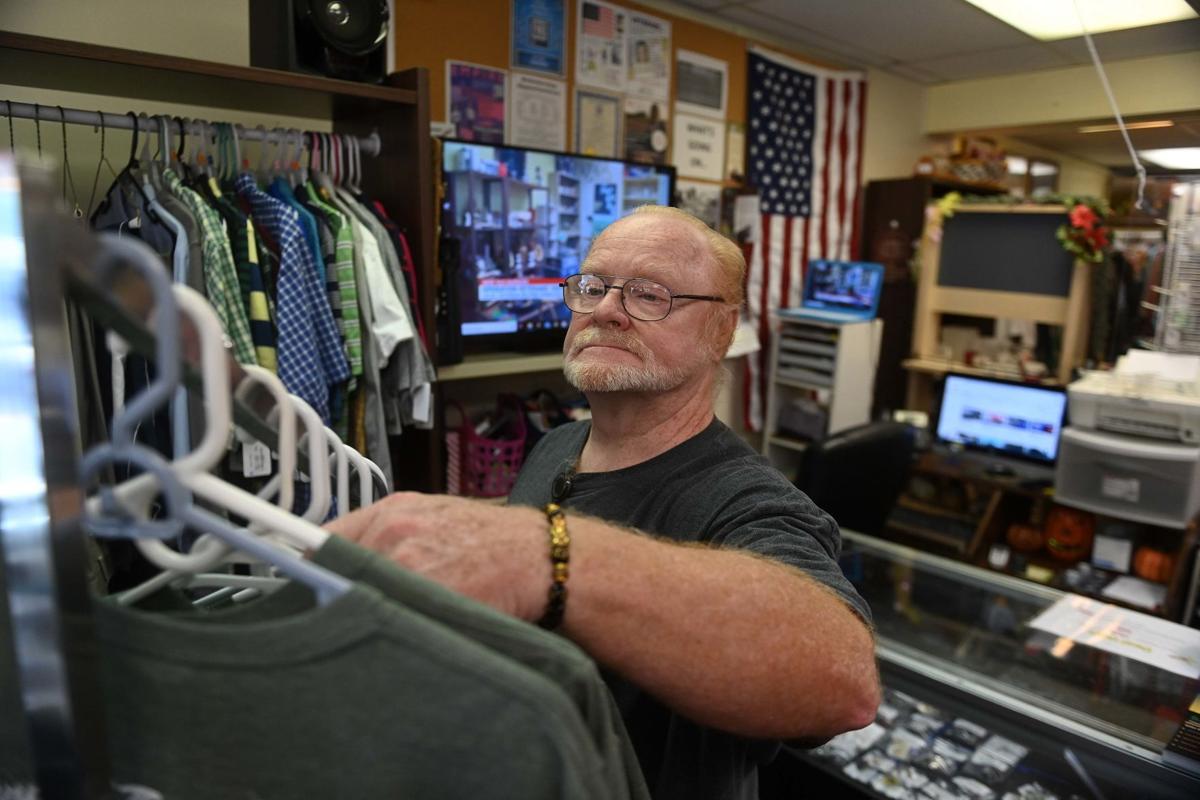 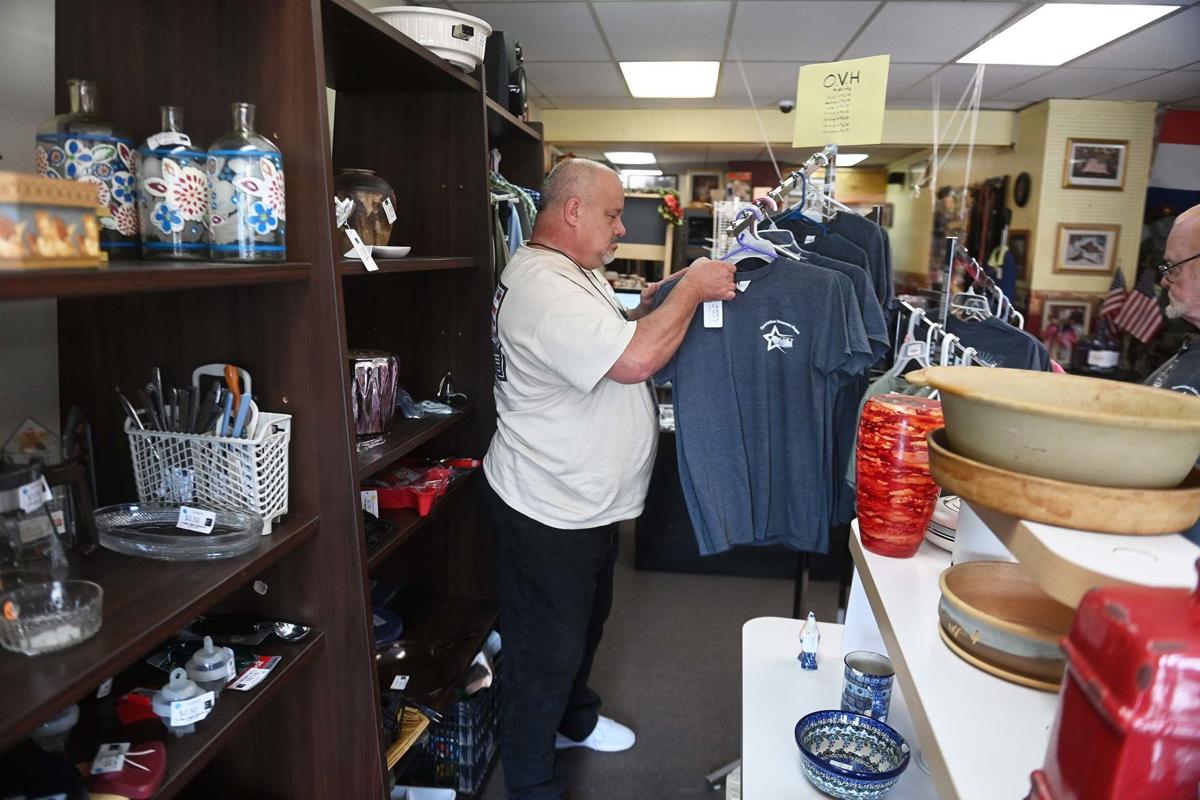 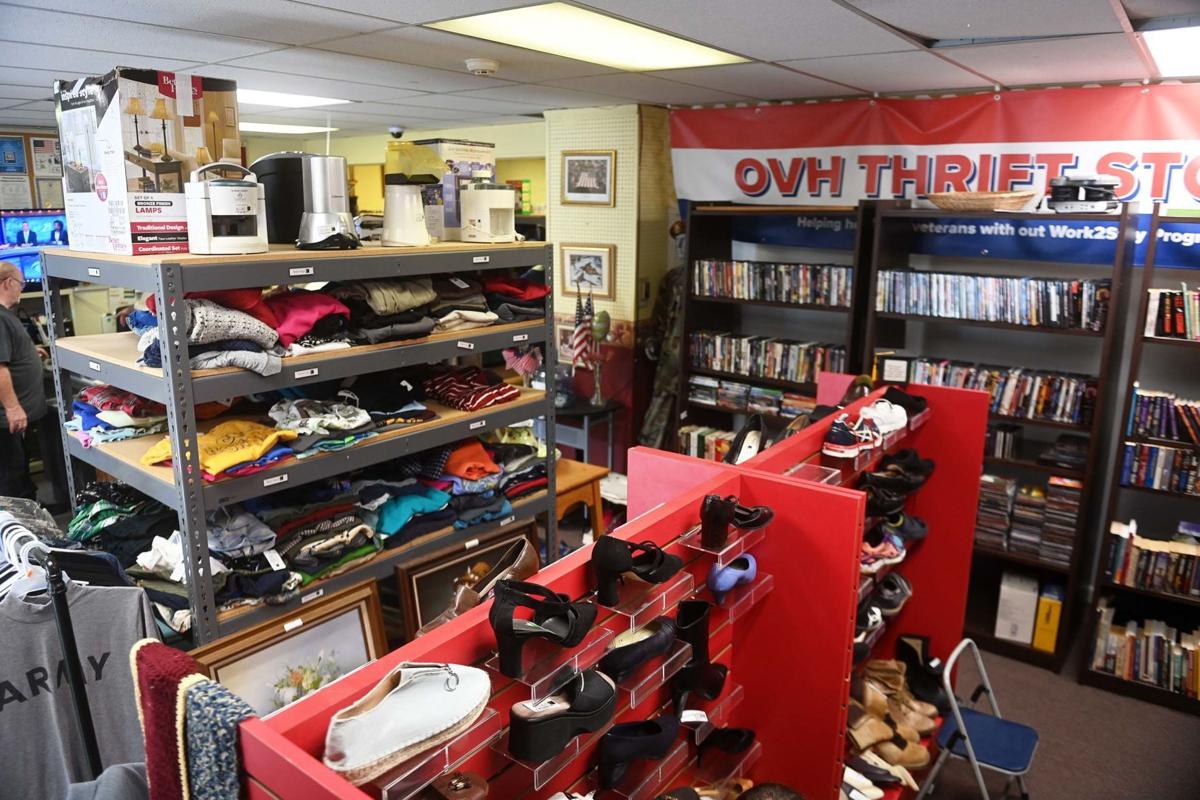 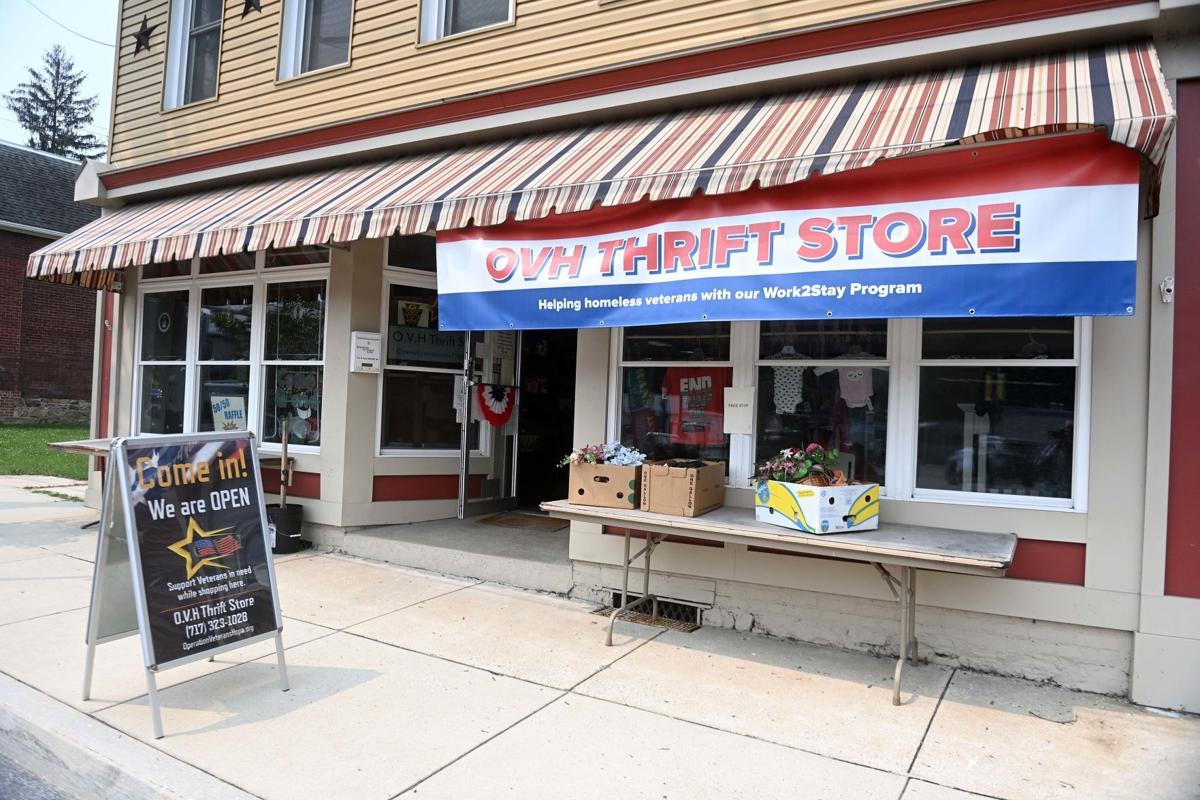 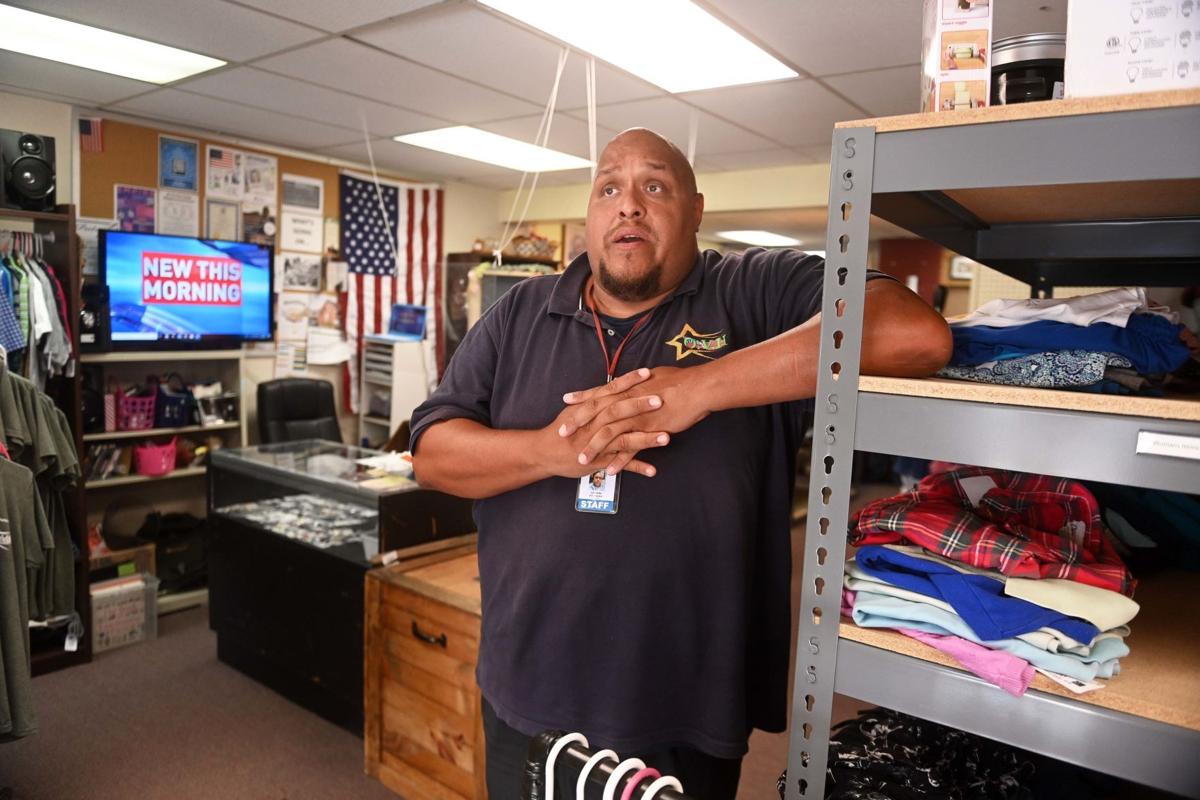 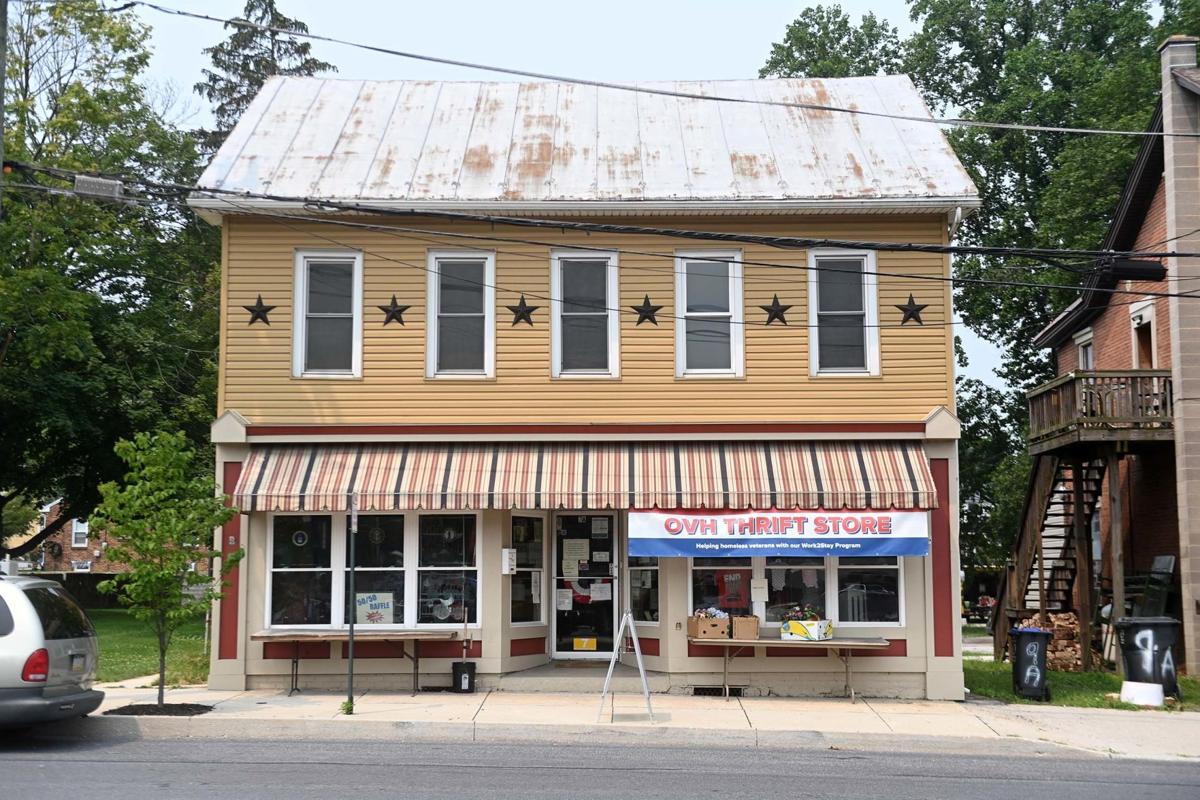 Since November 2017, Operation Veterans’ Hope has operated a thrift shop out of the front portion of the first floor of the building at 7 N. Baltimore Ave.

The rear portion of the first floor houses up to four veterans who put in hours in the shop as part of what’s called the Work2Stay program.

In early June, the charity was informed by the landlord of plans to put the building up for sale sometime in the near future, said Jon Locke, chief executive officer and founder of Operation Veterans’ Hope.

Though the landlord has yet to specify a timeframe, Locke has set the end of this summer as the goal to raise much of the $155,000 still needed to purchase the building.

As of Monday, the charity had about $33,000 on-hand to put toward the anticipated $188,000 purchase price, according to Locke. That money was raised through a combination of donations and retail sales.

To publicize the campaign, organizers have sent out mailers and posted notices in newsletters and on social media. They have also reached out to local American Legion and VFW posts for help.

“We’ve had some interest,” Locke said. “The word is slowly getting out there.”

If the purchase is successful, Operation Veterans’ Hope could remodel the second-floor apartment into space to house up to 10 homeless veterans by the onset of winter.

That project would enable the charity to expand the retail space of the thrift shop to much of the first floor while using a garage included in the purchase as space to store inventory.

A Carlisle native, Locke graduated from Carlisle High School in 1997. He enlisted in the Army serving one deployment in Afghanistan and two deployments to Iraq in less than six years.

Locke retired in 2007 as a staff sergeant in the military police. In 2016, he started Operation Veterans’ Hope as a charity to help veterans coping with substance abuse issues.

That mission changed in August 2017 when Locke learned of the plight of homeless veterans while trying to help a man find a stable residence. The man was a veteran who wanted more than a daily shelter but could not pursue affordable housing options.

Currently, the thrift shop is both the workplace and residence of two homeless veterans who put in as much as 40 hours a week and receive a regular stipend based on what is sold, minus utilities.

The number of hours each veteran can put in depends on their employment status. If the veteran is unemployed, he can put in the full amount of hours over a five-day work week. If he obtains a part-time job, his store hours are adjusted down with further changes being made if they obtain a full-time job.

The Work2Stay program includes not only the shop, but also a bunk room for the veterans to sleep, a day room for them to relax, prepared meals and a fully equipped bathroom and shower.

Remodeling the apartment would open up the program to female veterans but require a second bathroom. Volunteers are ready to provide labor, and donated materials are on-hand to proceed with the work if and when the charity can finalize the building purchase.

“The landlord has been very helpful from the beginning,” Locke said, adding how the first floor was rent free during the first year the shop had been in operation.

The goal of Work2Stay is to not only provide job skills to veterans, but also opportunities for them to screen through the donated goods for necessities. To qualify for help, each veteran must provide a copy of their discharge papers to verify their military service.

The 40 hours per week applies not only to time spent in the thrift shop but also to any activity that helps the veteran grow, such as updating his resume, looking for a job, applying for benefits and counseling.

A golf tournament to benefit Operation Veterans’ Hope has been scheduled for Saturday, Oct. 9, starting at 8 a.m., at the Carlisle Barracks Golf Course.

To sign-up, call tournament organizer Karen Reid at 717-323-1017 or send an email to KarenReid@MyOVH.org. Those interested can also sign-up in person by visiting the thrift store at 7 N. Baltimore Ave., Mount Holly Springs. Store hours are Tuesday through Saturday, 9 a.m. to 6 p.m.

Operation Veterans Hope is fundraising to purchase their current location.

A total of 27 forklifts were donated to 12 area nonprofits from Amazon's Hazleton fulfillment center.

The Homeless Remembrance Blanket Project plans to cover Veterans Memorial Courtyard in the Carlisle Square with a blanket made up of twin- or double-sized knitted or crocheted blankets on Dec. 21

The Waste Management bid would have resulted in a quarterly fee for residents of $94.43 compared to $75 under the Apple Valley Waste contract, Borough Manager Tom Day said.