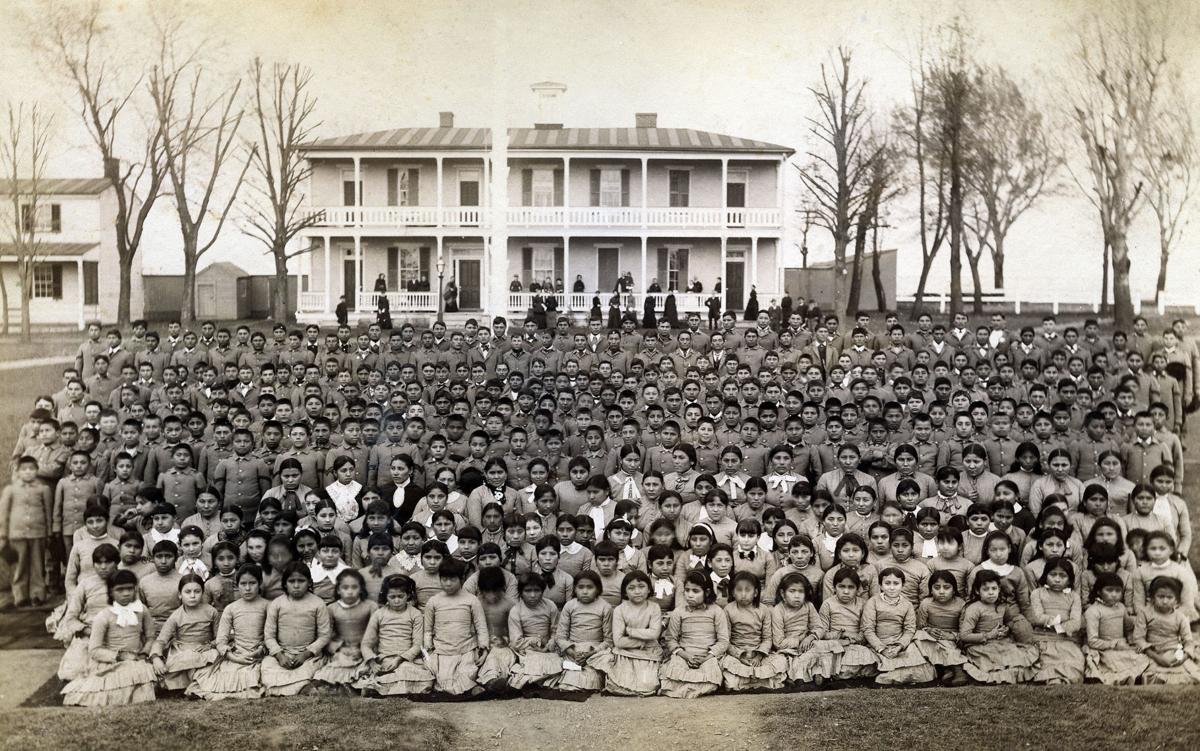 These 375 boys and girls were members of the Carlisle Indian Industrial School student body in 1884. 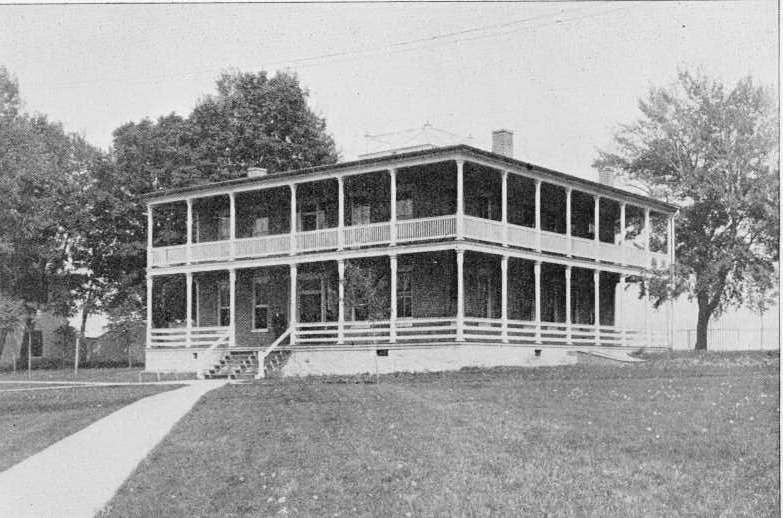 This 1895 photo shows the administration building where the student records of the Carlisle Indian Industrial School were kept.

Current research suggests total enrollment at the Carlisle Indian Industrial School was closer to 8,000 students over its 39-year history from 1879 to 1918.

This contradicts the figure of 10,000 students often cited in press accounts and other reports on the history of the first off-reservation boarding school in the U.S.

Years ago, researchers at the Cumberland County Historical Society compiled a list of about 8,500 names to include in a society book on the school’s history, said Jim Gerencser, Dickinson College archivist. He said there is reason to believe some of those names may have been duplicated.

While conducting research for her 1998 doctorate dissertation “Telling Stories out of School,” anthropologist Genevieve Bell reviewed thousands of student files and information cards that were kept by Indian school staff and are stored at the National Archives in Washington, D.C., Gerencser said. He said Bell had put the number at 8,600 to 8,800 students.

From the perspective of these early researchers, the historic record seemed incomplete and there was the belief that other sources of information may exist on total student enrollment, Gerencser said. At the time, 10,000 students seemed a reasonable educated guess to account for what may have been missing.

The records processed include the contents of about 6,150 student files. There are also 16,000 index cards Indian School staff used as ready reference files. Many of the student names are carried over the different versions of the index card system as the clerical staff modified the record-keeping process of the school.

“What we have found as we have been working through the files is there was more duplication than we knew,” Gerencser said. This was due in many cases to changes in the student’s name.

Sometimes the same student was referred to by both his Indian name and the name he had to take in school. In other cases, there were students who left only to return to Carlisle later. Though it was the same person, the school staff listed the student as two different people.

“We have been going through the names being careful of who is who,” Gerencser said. “We have been reducing the number. All seems to be leading us to around 8,000 students.”

Among the records uncovered was a 1910 commencement program that had put the tally of students up to that point at just over 6,000. Gerencser and his staff extrapolated from there based on the average year-to-year enrollment.

The Sentinel on Aug. 27, 1918, reported on a public reception held the day before commemorating the Indian school a few days before its official closing. During the ceremony, the event announcer read the contents of a telegram that had been wired from Richard Henry Pratt, the school founder and its superintendent from 1879 to 1904.

In it, Pratt said his health prevented him from traveling to Carlisle in the summer heat. He said that in the 39 years of its existence, the Carlisle Indian School “transformed over 6,000 young ideas from all our tribes from their aboriginal idea of living to the ability and courage of American citizen life.”

Pratt was absent from the day-to-day operations of the Carlisle Indian School from 1904, when he stepped down, to its closure in 1918. Gerencser was not sure how much contact Pratt had with staff at the school or the Bureau of Indian Affairs in Washington.

“I assume that he is just guessing,” Gerencser said. “I just don’t know what he would be basing his number on.” He said a statistic from the bureau would be far more compelling.

How Olympic timekeeper Omega keeps up with the times

Perfect weather for the return of Lollapalooza

Perfect weather for the return of Lollapalooza

It's been almost two years since Bear last faced charges related to his dispute with the Middlesex Reformed Mennonite Church.

South Middleton is planning to use $500,000 in municipal 2021 American Rescue Plan Act funds to partly finance the cost of planned hanger/terminal construction.

The charts on this page show the status of the COVID-19 pandemic in Cumberland County using data on the number of cases, vaccinations, hospita…

These 375 boys and girls were members of the Carlisle Indian Industrial School student body in 1884.

This 1895 photo shows the administration building where the student records of the Carlisle Indian Industrial School were kept.