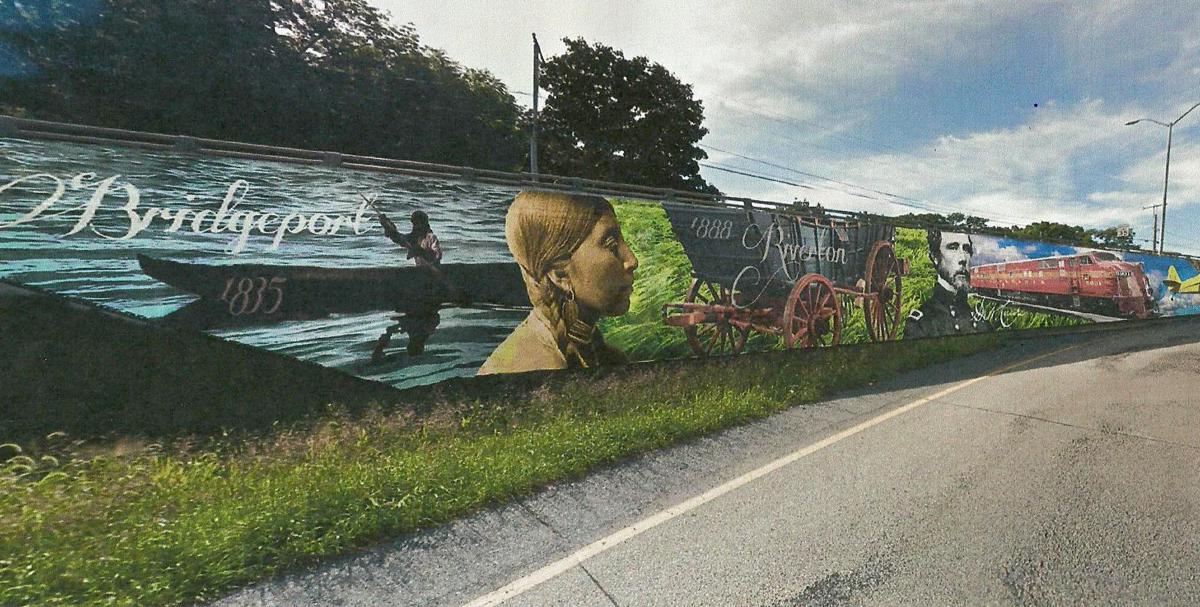 Pictured is a rendering of a mural that will be placed on the exit ramp of Interstate 83 south in Lemoyne. 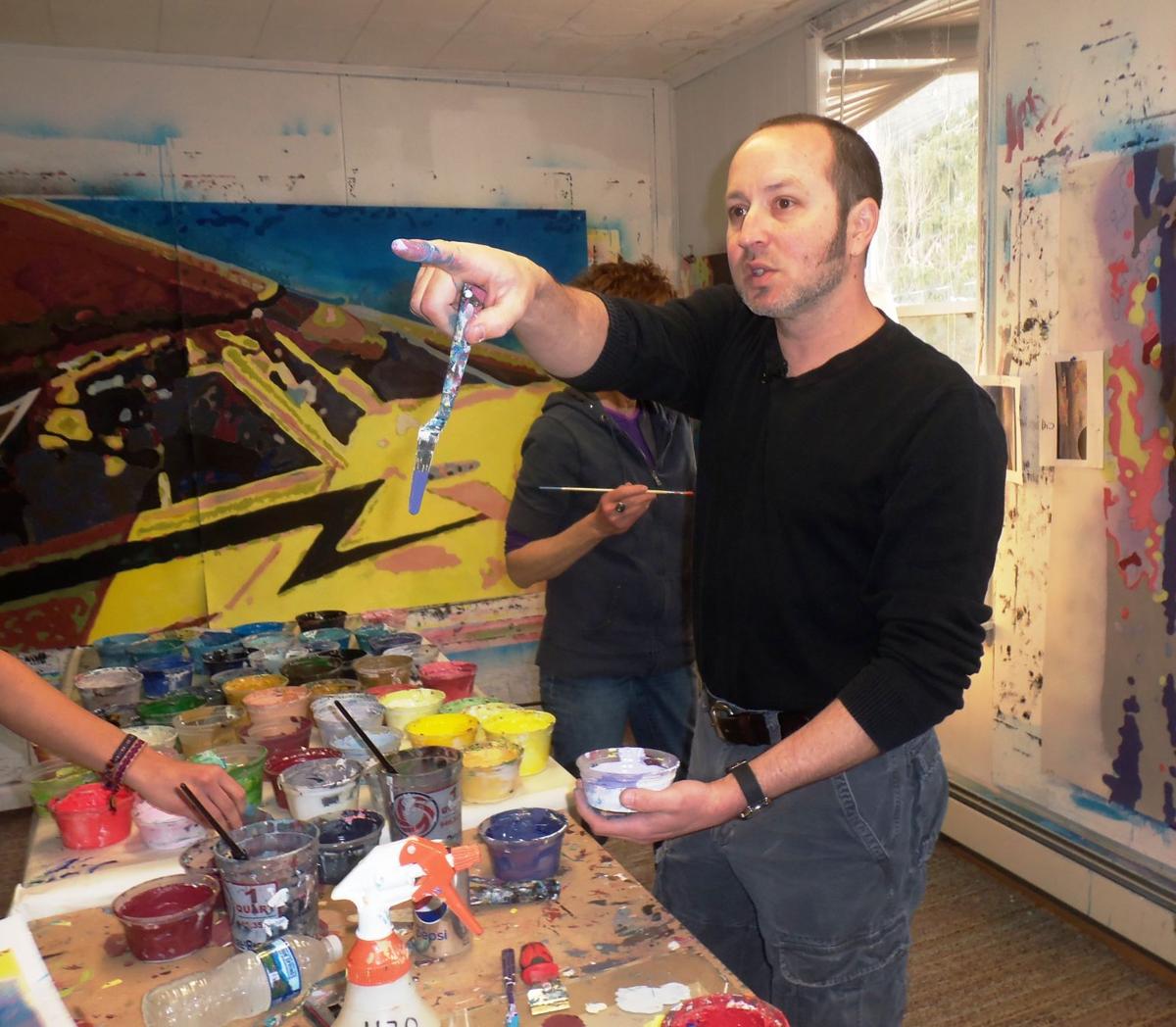 Daniel Finch, professor of art and drawing at Messiah College, directs artists working on the “Travel Pathways Through Lemoyne’s History” mural that will be installed off the Interstate 83 south Lemoyne exit this year. Finch is the project’s lead artist.

Motorists using the southbound ramp at Interstate 83’s Lemoyne exit can expect to see more than just curbing and cement there later this year.

Instead, a 443-foot section of the exit’s wall will feature a community art mural, “Travel Pathway Through Lemoyne’s History,” filled with images of a locomotive, an American Indian woman, Civil War Union Gen. Darrius M. Couch, and more.

The $81,000 mural is an offshoot of Lemoyne’s revitalization project that was initiated in 2005, said Sue Yenchko, chair of the borough’s mural subcommittee. The concept of public art was discussed by the borough’s revitalization committee at that time, but the topic was pushed aside to favor needs that were considered more urgent, such as a municipal streetscape project.

“It was decided that the revitalization would be in a four-stage plan. (A mural) was something that was always out there,” Yencho said.

In 2014, the borough’s Community Development Committee began discussing a civic mural that would be placed on the wall of the southbound Lemoyne exit ramp off I-83 through a public-private partnership. The state Department of Transportation, which owns the wall, agreed to the project, organizers said.

A theme, “Travel Pathways Through Lemoyne’s History,” was selected for the proposed art “since Lemoyne has been a central point of transportation innovations for 200 years,” according to project literature.

In December 2015, the borough publicly advertised a request for price quotes for a lead project artist. A lone response was submitted by Hampden Township resident Daniel Finch, a professor of art and drawing at Messiah College. With a $1,295 seed grant from the state Council on the Arts for supplies, the borough contracted Finch, who fine-tuned the project’s design.

Finch began painting with volunteers at an art studio near Messiah College in May 2016. So far, more than 100 volunteers have contributed to the project, with help coming from as far away as Texas, California and Florida. The project is about two-thirds done, with completion and installation scheduled for mid-August, Finch said.

“Doing this is sort of like hiking up Everest. It’s hard to see the end of it. You just keep putting one foot in front of the other, and you’ll know you’ll get it done,” said Finch, who also created an outdoor mural at the Susquehanna Art Museum in Harrisburg.

The Lemoyne mural is being constructed with 5-foot by 5-foot panels of Polytab, a mixture of polyethylene and cellulose. “It can breathe, it can expand with the weather,” Finch said. The project’s high-resin acrylic paint for is special ordered from California.

The mural will be adhered to the exit wall with a special adhesive, then coated with a UV protector and a graffiti repellent.

Ray Boose says he enjoys getting the scratch-off tickets, and he previously won another big prize — $100,000 from a Mining for Millions ticket earlier this year.

The past two weeks have seen an outpouring of requests from people wishing to speak at Monday's meeting, according to an advisory posted on the district website over the weekend.

Each of the four new culinary trails has four to five clusters of stops separated by region to be completed over a two-to-four-day road trip.

At a virtual meeting Monday night, the school board voted 8-1 against rescinding the health and safety plan, with school director Jessica Silcox in dissent.

Pictured is a rendering of a mural that will be placed on the exit ramp of Interstate 83 south in Lemoyne.

Daniel Finch, professor of art and drawing at Messiah College, directs artists working on the “Travel Pathways Through Lemoyne’s History” mural that will be installed off the Interstate 83 south Lemoyne exit this year. Finch is the project’s lead artist.