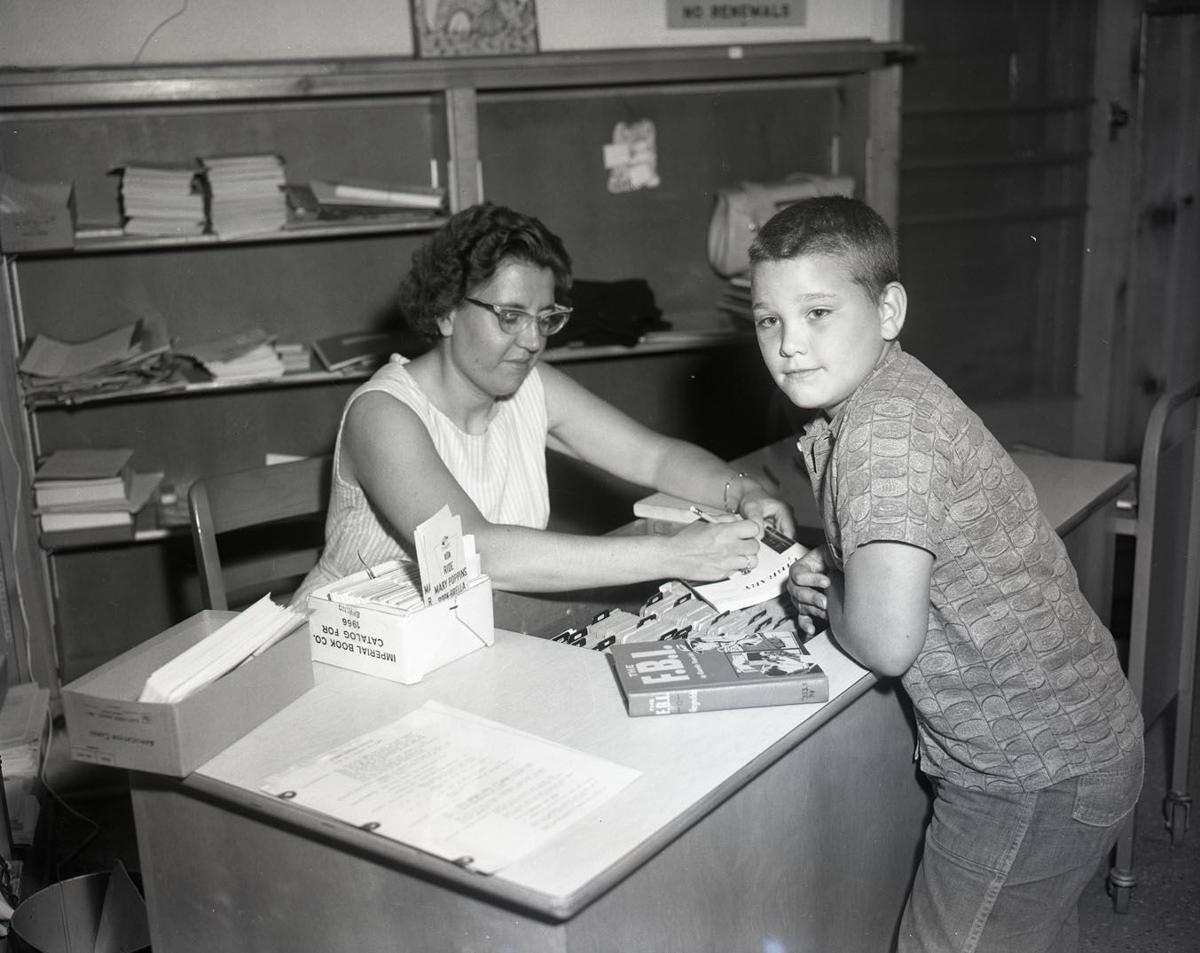 Dale Lehman of Plainfield registers to participate in the 1966 summer reading program at Bosler Free Library, which was managed by children's librarian Neala Eyler. 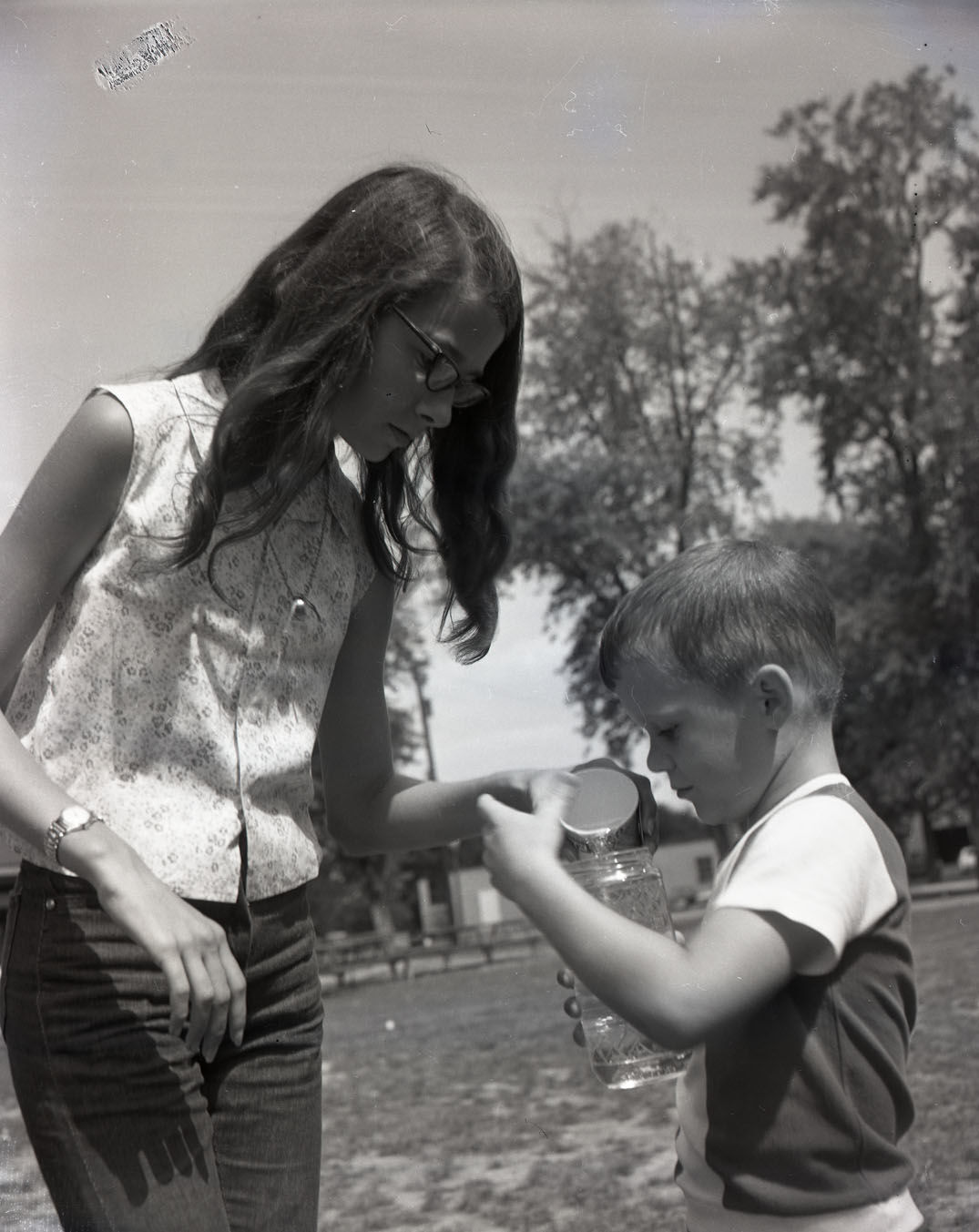 Local children participate in a rally game held during the picnic at LeTort Park that marked the end of the 1966 summer reading program.

There was an umbrella clause attached to participation in the 1966 summer reading program at the Bosler Free Library in Carlisle.

It went beyond the mode of transportation for the British nanny who inspired the theme, “Ride Mary Poppins’ Book Brella.”

Each child had to read at least two books before they could register for the program that ran from early July to Aug. 20. As each book was read, the title was jotted down on the registration card.

When 10 books were completed, the reader’s name was placed on a roster of school children who achieved the goal. Their reward was a chance to have fun during the annual picnic at LeTort Park that closed the summer program.

Games were held during the picnic including a rally where the children had to shuttle a cup of water from one end of their line to another. The team that filled their jar first won the competition.

In 1966, children’s librarian Neala Eyler ran the program. She required each child in the first and second grade to give an oral report on each book they read. Older children had to submit a written summary of the books they read. No reports were required after 10 books, but the children were encouraged to keep reading.

“The program is carried out at the library each summer to help make young school children more book conscious and to keep ‘reading for fun’ in the vacation plans,” The Sentinel reported on July 1.

Tour Through Time runs Saturday in The Sentinel print edition. Reporter Joseph Cress will work with the Cumberland County Historical Society each week to look at the county through the years. Send any questions, future ideas or tips to jcress@cumberlink.com.

Tour Through Time: Mechanicsburg hosted two days of celebrations for its centennial back in 1907

The centennial celebrations of 1907 drew thousands of people to the streets of downtown Mechanicsburg.

Dale Lehman of Plainfield registers to participate in the 1966 summer reading program at Bosler Free Library, which was managed by children's librarian Neala Eyler.

Local children participate in a rally game held during the picnic at LeTort Park that marked the end of the 1966 summer reading program.