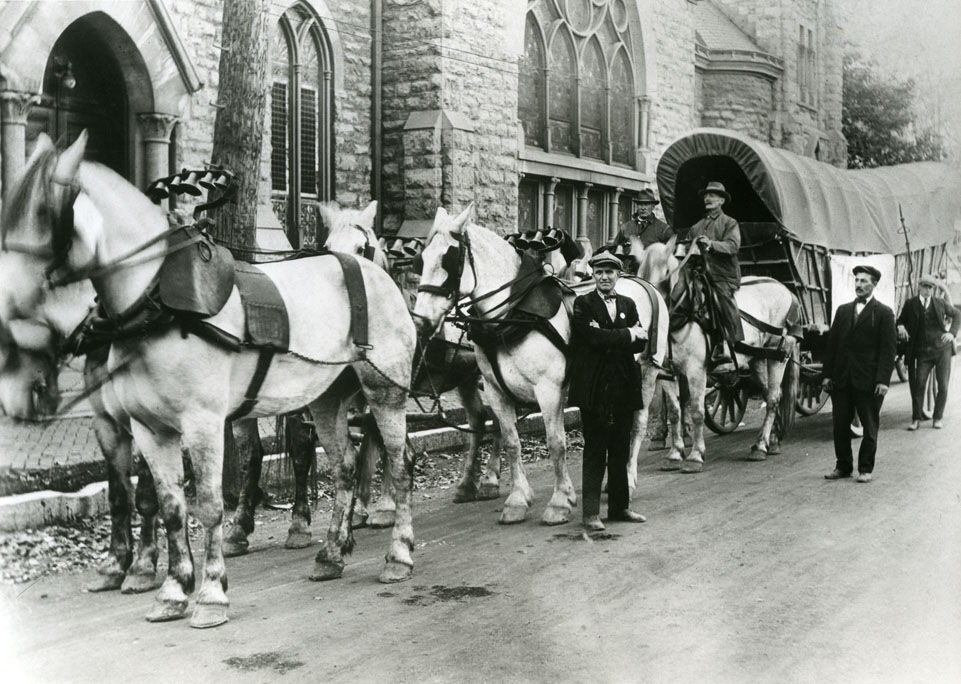 Owned by the Kough family, the Cleveland Six Conestoga wagon participated in the Oct. 21, 1924 Civic Parade in downtown Carlisle, as part of Old Home Week. 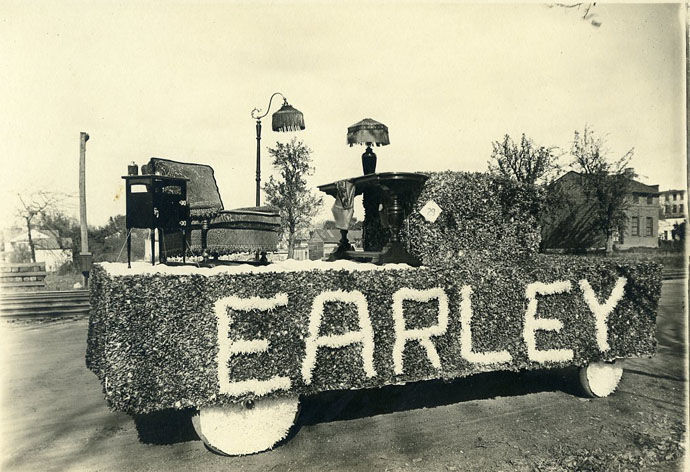 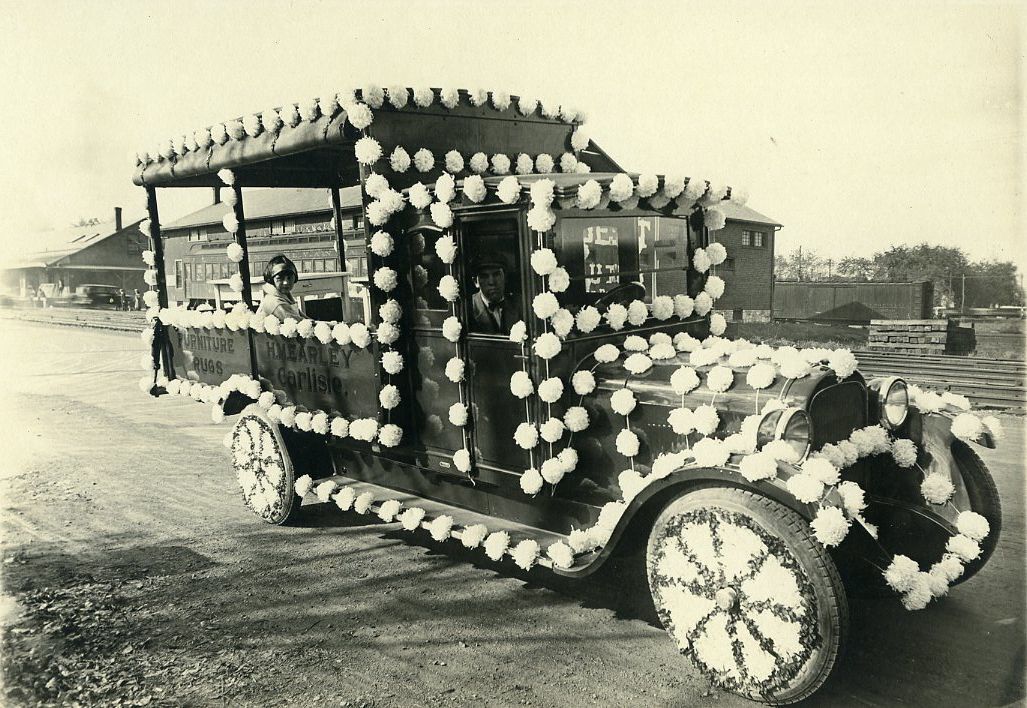 W. Earl Kough had to pull the brake when the signal was given.

The local man was riding the sideboard of the Cleveland Six, an old covered wagon drawn by that many horses.

Tour Through Time: Carlisle residents welcomed back Old Homers in 1924

D.W. Kough, an older relative, had the animals moving in a trot down a Carlisle street near the trolley tracks. It was Tuesday, Oct. 21, 1924, and the Civic Parade was in full swing during Old Home Week.

At a critical moment, the driver told the brakeman to apply pressure just as the team of horses was starting to make a turn. D.W. Kough was able to slide the wagon wheel onto the tracks before completing the maneuver.

Tour Through Time: 8th Regiment Band was in demand in Carlisle in 1920

Decades later, Robert Kough Jr. relayed the story he heard from his grandfather, W. Earl Kough, to the caretakers of the photo archives of the Cumberland County Historical Society. The story appears in the description of the image.

Held along streets packed with spectators, the parade combined the carnival attitude of mummers with the community spirit of floats by local merchants and manufacturers.

Tour Through Time: In 1912, Carlisle welcomed Jim Thorpe back from the Olympics

“There were scores and scores of individual characters, masked,” The Sentinel reported on Oct. 23. “Few knew them, but everybody enjoyed their makeups.”

Near the front were 100 marchers from the Carlisle Lodge of Elks wearing gray hats with white and purple bands, yellow gloves and white spats. They were followed closely by the Girl Reserves of the YWCA. Decked out in white dresses and blue neckties, the youngsters were carrying a banner inscribed with the names of heroines from American history.

Further on, two rivals competed for the attention of onlookers. The C.V. Telephone Company had a float that hauled a massive transmitter while the Bell Telephone Company got by with a working switchboard and a ringing bell.

Not to be outdone was the entry from Masland Mills that featured samples of rugs and showcased workers busy at a loom. The procession also included an old-fashioned stagecoach that went by the name “Overland 1849.”

A group known as Bel-Mas-Kar played such an important role in promoting the carnival side of the event that it had its own section in the civic parade. The month prior, on Sept. 23, The Sentinel reported that a prize list was submitted for approval by the group, which wanted to offer incentives to participants.

Tour through Time runs Saturday in The Sentinel print edition. Reporter Joseph Cress will work with the Cumberland County Historical Society each week to look at the county through the years. Send any questions, feature ideas or tips to jcress@cumberlink.com.

After more than five years, a Tucson woman has completed profiles of all 1,177 sailors and Marines who died on the USS Arizona on Dec. 7, 1941.

Who were Dickinson College's Henry Spradley, Robert Young and Noah and Carrie Pinkney?

Here are the stories of Spradley, Young and the Pinkneys as written by the Dickinson College students who delivered the remarks at the ceremony

Watch Now: Should my kid get the COVID vaccine?

Owned by the Kough family, the Cleveland Six Conestoga wagon participated in the Oct. 21, 1924 Civic Parade in downtown Carlisle, as part of Old Home Week.