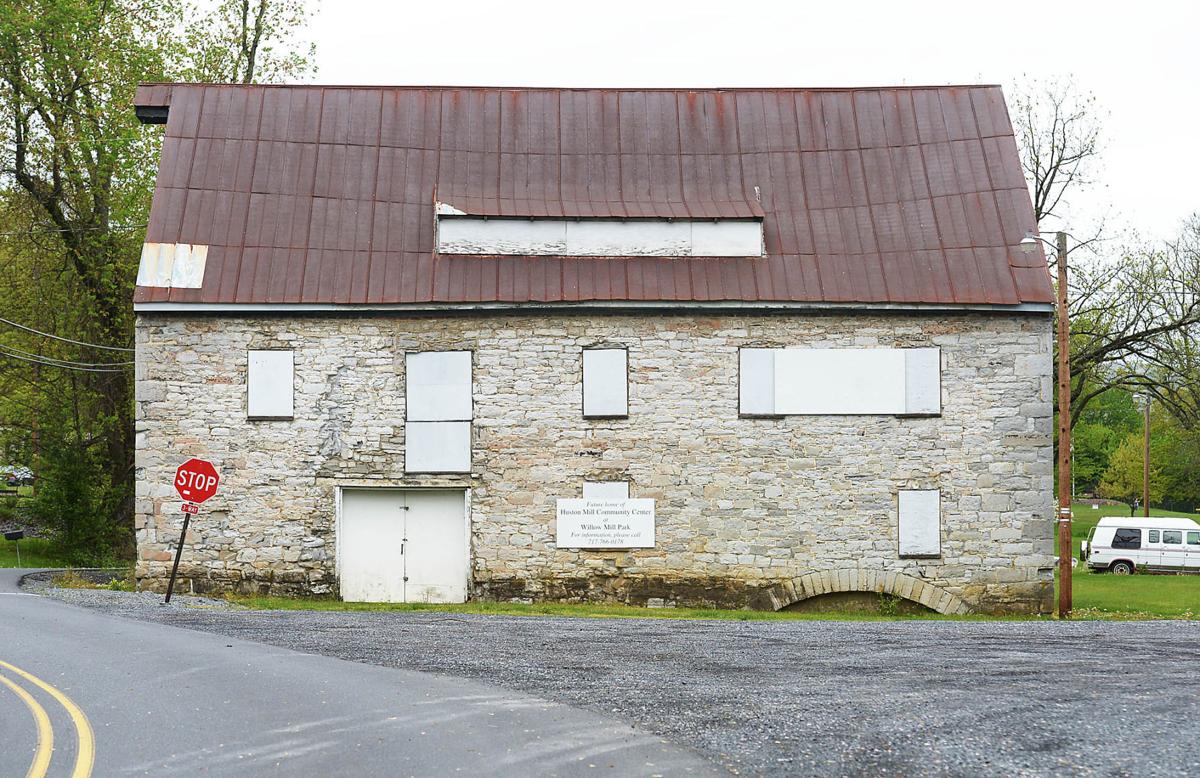 The third time was the charm for James Saxton Huston.

In 1880, he purchased the original mill complex that was located along the Conodoguinet Creek just north of the Carlisle Pike and off Route 114 in Silver Spring Township.

That complex burned to the ground a year later, forcing Huston to build a second mill which burned down in 1885 with an even greater loss, according to the 2015 book “Water-Powered Mills of Cumberland County, Pennsylvania.”

Determined, Huston built the mill that exists today and the property stayed in the family until the death of his daughter-in-law Annie W. Huston in the late 1920s.

The current building harkens to a time when water-powered mills were the engine on which early industry turned in Cumberland County. Prior to James Huston arriving on the scene, the original mill complex was a manufacturing hub with machinery to grind wheat into flour, saw logs into timber, press seeds into oil and crush limestone into powder for plaster.

First owned by John Walker, the Willow Mill property was passed on to business partners Thomas Fisher and Jacob Haldeman in 1809. They owned it together until 1815 when Haldeman died. Fisher then continued to run the operation until 1835 when it passed to George Bucher who kept it up until 1880.

After the Huston family, Willow Mill passed to Raymond DeWalt, who was savvy enough to realize the days of the water-powered mill as an industry driver were numbered. Having developed a product line of power tools, DeWalt was familiar with manufacturing but chose to repurpose the Willow Mill site.

DeWalt and his family capitalized on the mill’s natural and historic setting to develop a sort of pastoral retreat promoting simple country life. He maintained the mill as a curiosity using its machinery to supply electricity to an adjoining inn and to grind corn meal that was served to guests. The clientele was a departure from the mainstream.

“A special brochure was developed to attract members of a Rosicrucian group called the ‘Architects of Human Development’ who felt that Willow Mill Farm was an appropriate site for the study of ‘occult laws’ driving from ‘Lemuria, Atlantis [and] the halls of ancient, mystic Egypt.’”, according to the Mill book.

The book mentioned how the brochure promised group members opportunities to pursue “Metaphysics”, “The Secret Schools” and a “Girl’s Camp” along with the natural setting and pure foods available at the inn.

The Sentinel reported how the rustic retreat even hosted a Department of Prenatal Care where pregnant women were encouraged to have their babies in the beautiful setting of the park.

This rustic retreat would later become an amusement park developed by Ronald Rohrbaugh in the 1950s, according to the Mill book. The 1972 Agnes flood destroyed the park which was rebuilt and continued to function until 1989.

The Willow Mill property was then used for storage and as a trailer park until 1995 when the land was purchased by Silver Spring Township. The mill along with an acre has passed on to the Friends of Willow Mill who were raising money to restore the property as a community center when the mill book was published.