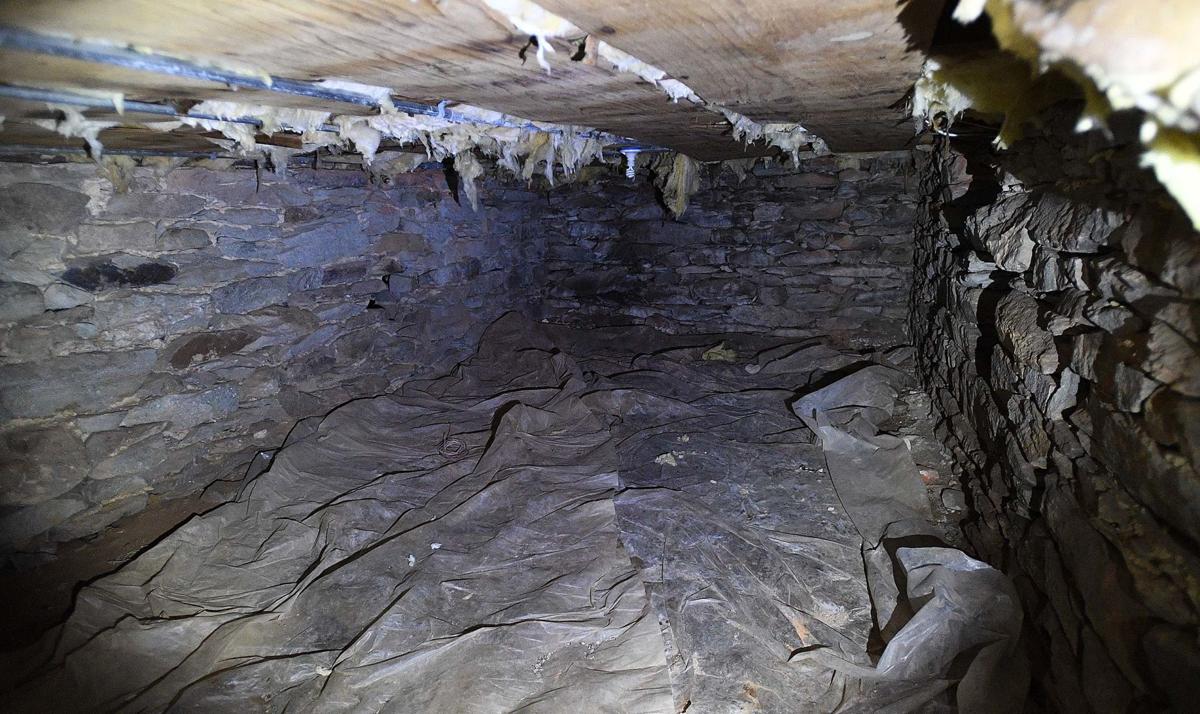 A hidden room under the Ironmaster’s Mansion at Pine Grove Furnace State Park could be linked to the underground railroad. 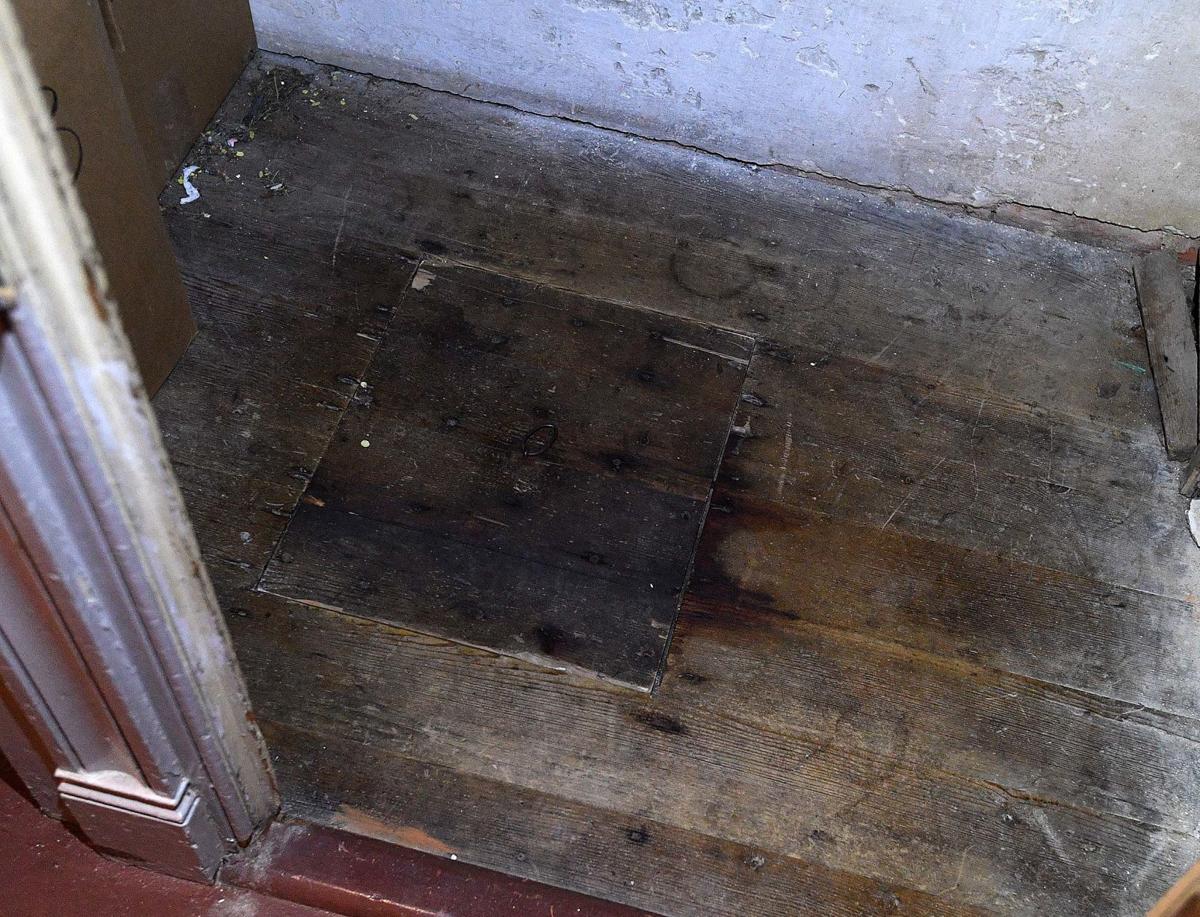 A hidden room can be found under the Ironmaster’s Mansion at Pine Grove Furnace State Park. 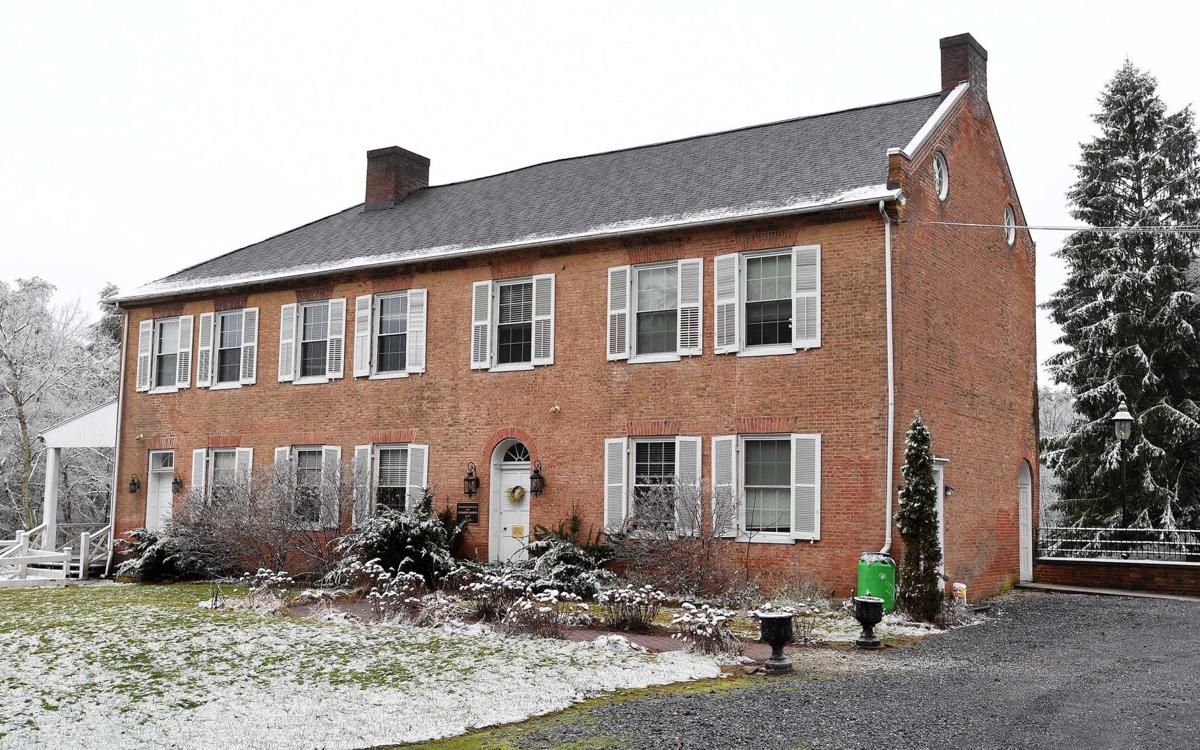 Some historians say it is unlikely that a hidden room under the Ironmaster’s Mansion was linked to the underground railroad.

They passed themselves off as husband and wife crossing over from slavery to freedom.

Charles Hill and Harriet Butcher once labored away on adjoining farms in Maryland. The two met and were engaged to be married when they fled north in 1862, about a year before the Battle of Gettysburg.

“I was free when I came to Pennsylvania,” Butcher testified in a deposition filed years after the Civil War. “I came to the family of William Watts of Pine Grove. He ran a furnace.”

To Debra McCauslin of Gettysburg, those statements and other recent findings are proof that the Ironmaster’s Mansion was a safe house for runaway slaves. Other historians have a different interpretation and are not ready to draw that conclusion.

Ten years ago, McCauslin took a tour of the mansion during which the guide showed visitors a hidden door in the floorboards that led to a storage space in the basement. There have long been rumors that space was a hideaway for freedom seekers on the underground railroad.

Lots of old buildings have crawlspaces and closets that are commonly mistaken for hiding places, McCauslin said. The key to verifying whether a structure was used as a safe house is to research the people tied to the building for known connections to the movement.

As a hobby, McCauslin has a passion for African-American history. “I have gotten sites on the National Underground Railroad Network to Freedom,” the retired state worker said. She wrote a book about the Yellow Hill black church in Biglerville that had been torched by whites in the 1890s.

McCauslin volunteers at the Adams County Historical Society where she is active in a project to compile information on local black men who served in the U.S. Colored Troops during the Civil War. Her research uses pension records collected by other volunteers.

“I am taking those files and looking for data to put on a Google spreadsheet,” McCauslin said. The information includes the muster date of the soldier, the regiment in which he served, the date when he was discharged and where he may be buried. One of the files that drew her attention was for Charles Hill.

“I’ve always wondered about Charles and Anna Hill,” McCauslin said. She knew that this married black couple had no children and appeared on census records from 1870 on as living near the Quaker Valley region of Adams County, which is north of Biglerville and south of Bendersville.

Due to their religious beliefs, Quakers living in this valley took great risks in helping runaway slaves as conductors on the underground railroad, McCauslin said. There is documentation proving that members of the Greist family were abolitionists who helped freedom seekers and that Quakers in the valley had business ties to the ironworks that were operating in the Pine Grove area, she said.

In her research, McCauslin uncovered proof that the wife of Charles Hill went by the name of Harriet Butcher while in Maryland and Anna or Harriet Hill while in Pennsylvania. To be eligible for her husband’s pension, Harriet Hill tried to prove their marriage through her deposition included in the pension file.

“I was at Watts about a month,” Harriet testified. “Then I came over to this side of the mountain and lived with Cyrus Greist, and I have lived amongst the members of the Greist family and their relatives ever since.”

There was one exception. During the year her husband served in the Union Army, Harriet lived in Carlisle with the Nydic family. Though there was no mention of when Charles Hill served, Harriet testified that he didn’t die during the Battle of Gettysburg though he is buried in that town.

The references that Harriet made in her deposition link the Ironmaster’s Mansion to the Greist family, which prompted McCauslin to conclude that there is a connection to the underground railroad. Andre Weltman is among those who have a different interpretation. He is chairman of the Friends of the Pine Grove Furnace State Park and the volunteer park historian.

“There is a long-standing oral tradition that the mansion and, in particular, the basement was a place that housed fugitives escaping from slavery,” Weltman said. He tried to clarify the history using three basic questions. The first: Was Pine Grove Iron Works a stop on the underground railroad?

There was an ironmaster named William Watts who lived in the mansion from 1845 to 1864, Weltman said. From 1838 to 1844, Frederick Watts, the older brother of William, owned the ironworks but was not the on-site ironmaster. Instead, the mansion was occupied by Peter Ege and his two sons who managed the furnace.

“It’s hard to imagine that former slave-owner Peter Ege would have supported the UGRR,” Weltman said. “It’s most likely that UGRR activity at Pine Grove occurred in the late 1840s and beyond, after Peter and his sons departed, under the ownership of William Watts.”

The second question: Was the mansion in particular used as a place of refuge?

“Maybe, but this remains unclear,” Weltman said. “Keep in mind the ironmaking operation was much larger than just the mansion building. Pine Grove was an industrial operation stretching for two miles across the [South] mountain with dozens of barns, outbuildings and lesser homes that might have made more sense as a secure place of refuge than the mansion, the most prominent social site in the community.”

In her deposition, Harriet Hill described herself as a cook. It is conceivable that she could have worked on the mansion kitchen staff and may have even stayed overnight in the kitchen, Weltman said. However, it is unclear, based on her statement, whether she actually stayed in the building at all, he said.

To Weltman, it seems more likely that she stayed elsewhere in the complex, giving William Watts the ability to claim ignorance or plausible deniability should a slave-catcher come calling. This brings to mind the third question: Was the mansion basement used to hide fugitives?

“Almost certainly not,” Weltman said. “The unfinished eastern portion of the basement was probably left with low headroom and a dirt floor because it connected to the rear of a large bake oven in the finished side of the basement. The unfinished basement would not have been a place you’d be able to stay for any length of time.”

For a supposed hiding spot, it was not well hidden, he said. Anyone really searching could easily find the hatchway under the stairs leading to the second floor or the other hatch at the foot of the main stairs a few feet from the front door.

Cooper Wingert of Enola, a Dickinson College senior majoring in history, is the author of 12 books including “Slavery and the Underground Railroad in South Central Pennsylvania” published in 2016. Wingert did not include any reference to Pine Grove Furnace as a stop.

When researching the underground railroad, historians have to be careful because of all the myth, legend and lore surrounding the subject, Wingert said. In the 1890s it was fashionable for post-war Northern whites to claim that they were involved in the railroad by writing romanticized versions of events in their memoirs, he said.

“The underground railroad is often portrayed as an elaborate system of secret houses and codes,” Wingert said. “In reality, it was not that highly organized.” The escape routes by nature were fluid and fluctuated, he said.

The reference Harriet made to a year before Gettysburg suggests to Wingert that the escape of the black couple may have been facilitated by the Confederate invasion of 1862 that culminated in the Battle of Antietam.

The deposition of Harriet Hill has more credence than a lot of post-war accounts involving the railroad, Wingert said. For one, it was not written for public consumption but for a widow to secure a pension and a livelihood.

Matthew Pinsker, a history professor at Dickinson College whose research focuses on such topics as the career of Abraham Lincoln, partisanship in the Civil War era and the underground railroad, said the deposition is not a classic story of escaping slaves and the railroad. He based that on the statement Harriet made that she was free when she came to Pennsylvania a year before the Battle of Gettysburg.

“It’s still fascinating and a relatively important addition, but more as a description about wartime African-American migration,” Pinsker said. “I don’t know enough about the document to verify it, but even if everything in it is 100% accurate, it’s still not really proof that Pine Grove Furnace was a haven for runaway slaves in the 1840s or 1850s.

“Nonetheless, Deb [McCauslin] is doing a great job in digging up such documents and deserves real credit for expanding our knowledge of African-American life in our region during the 19th century,” Pinsker said.

Tour Through Time: Rare visit to Carlisle by the Superior Court in 1978 marked a career milestone

The legal career of Robert Lee Jacobs came full circle in the old Cumberland County Courthouse the afternoon of Jan. 3, 1978.

The blizzard, then the big melt hit Cumberland County in late January 1996

January 1996 featured the greatest of weather extremes in central Pennsylvania — first a blizzard delivered 30 inches of snow Jan. 6-7, then a…

As superintendent of the Hunters Run and Slate Belt Railroad, Givler dispatched 80 men to fight the mountain fire while he and a few other men boarded a company engine bound for Laurel.

In a 1921 article published in an architectural journal, Benton MacKaye introduced to the world the concept of an Appalachian Trail.

“This is a big draw for our corner of Cumberland County,” said Andre Weltman, chairman of the Friends of the Pine Grove Furnace State Park. “People come from a distance to enjoy this little festival.”

A hidden room under the Ironmaster’s Mansion at Pine Grove Furnace State Park could be linked to the underground railroad.

A hidden room can be found under the Ironmaster’s Mansion at Pine Grove Furnace State Park.

Some historians say it is unlikely that a hidden room under the Ironmaster’s Mansion was linked to the underground railroad.