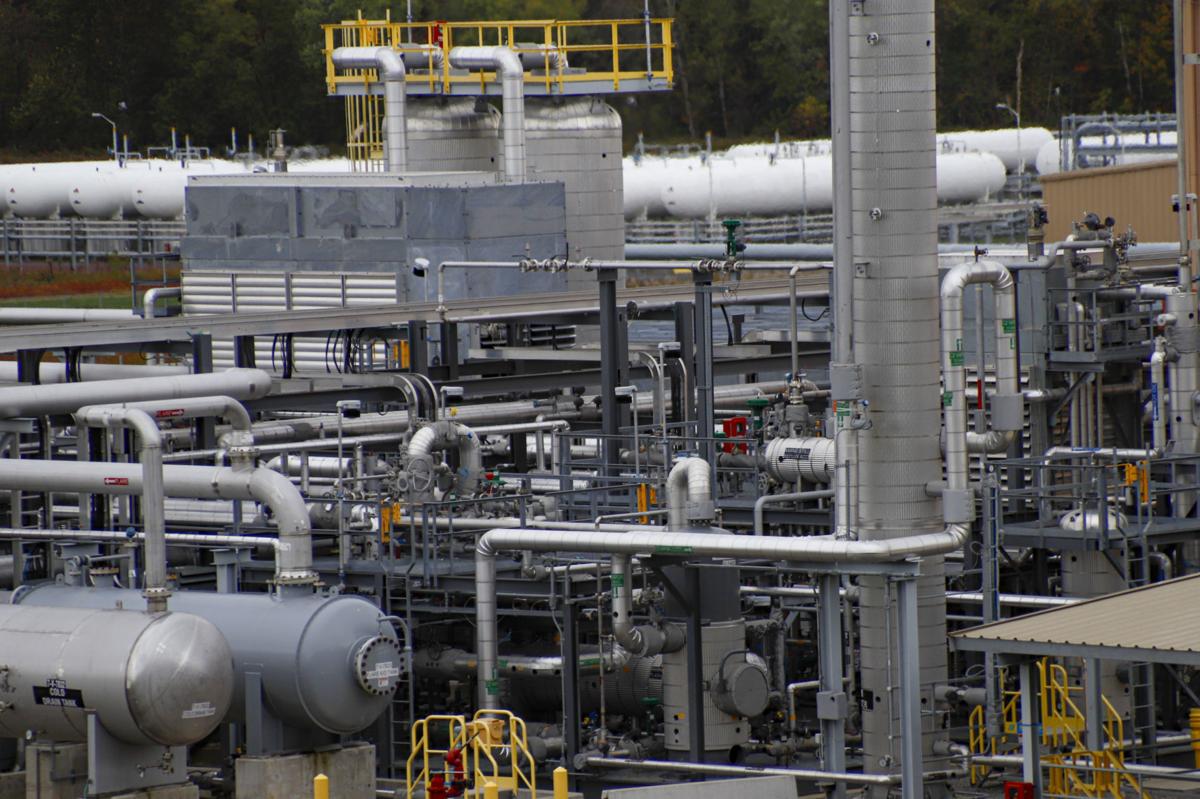 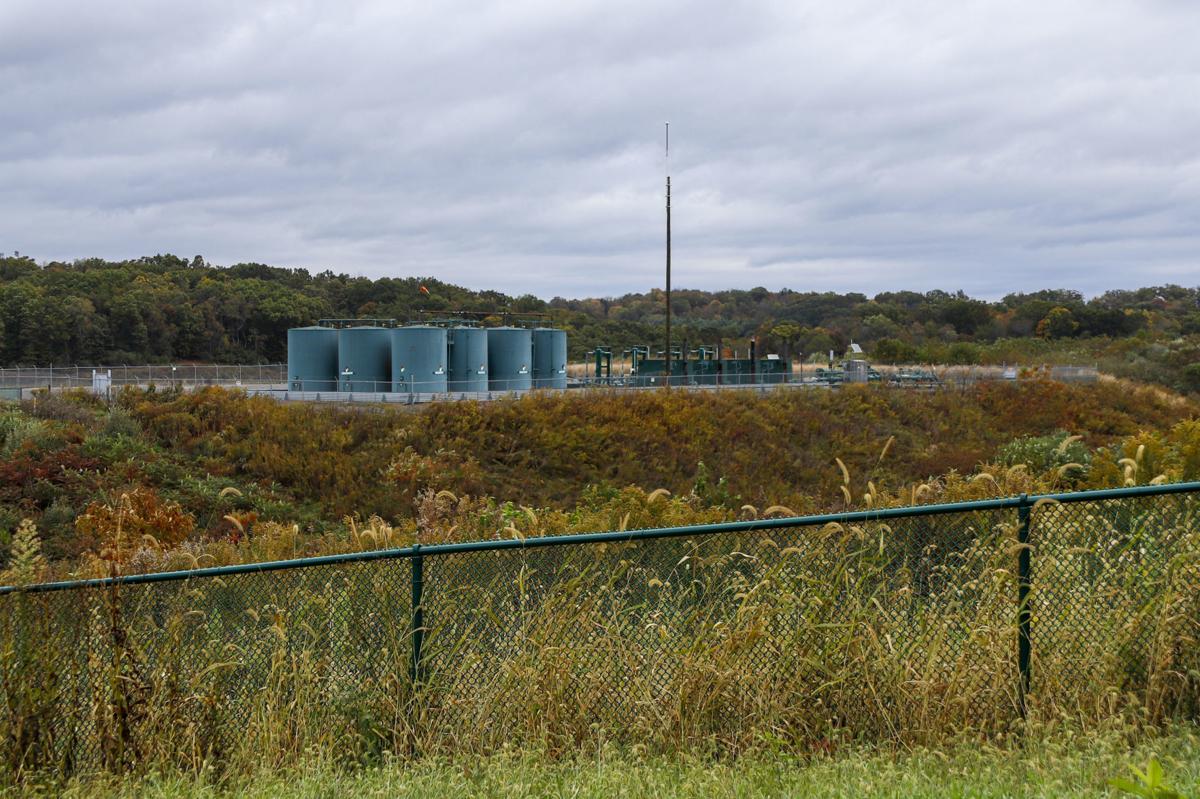 Storage tanks are seen at a shale gas well pad in Zelienople, Pennsylvania.

HARRISBURG — The notion of banning fracking is dividing the Democrats running for president and increasingly dividing Democrats in the presidential battleground state of Pennsylvania, where fracking has vaulted it to the No. 2 natural gas producer behind Texas.

The divide was clear, again, on Wednesday night’s debate stage in Las Vegas during questioning about climate change.

Asked what he tells workers who would lose their job to a fracking ban, Vermont Sen. Bernie Sanders, a longtime fracking opponent, said he tells them that scientists are predicting irreparable damage to the world without incredibly bold action within the next six or seven years.

“This is a moral issue my friends,” Sanders said. “We have to take the responsibility of making sure that the planet we leave our children and grandchildren is a planet that is healthy and habitable. That is more important than the profits of the fossil fuel industry.”

Toomey presses for a bulwark against a future fracking ban

Moving away from fossil fuels to energy efficiency and sustainable energy will create up to 20 million new jobs, Sanders said.

Other Democrats on stage Wednesday night preferred to refer to natural gas as a “transition fuel” to non-fossil fuels and talked about getting tough on methane emissions.

Banning fracking is an idea that is widening fault lines between Pennsylvania’s Democrats and their traditional allies in organized labor.

“Nobody can tell me what these new jobs are that are going to replace these good union jobs in the energy industry if we ban fracking,” Rick Bloomingdale, the president of the Pennsylvania chapter of the AFL-CIO, said Thursday.

Twice in the last seven months, President Donald Trump went to western Pennsylvania to promote his support for the natural gas industry, while his administration pushes pro-industry policies.

Hydraulic fracturing, or fracking for short, is a process in which millions of gallons of water, sand and chemicals are injected into wells miles deep to break up layers of shale, releasing oil or gas trapped in layers of rock. Along with new horizontal drilling techniques, fracking has unlocked new volumes of natural gas and oil from shale deposits in the U.S. over the past decade or so.

Talk of a fracking ban has sent the state’s Republican U.S. senator, Pat Toomey, into action.

On Wednesday, Toomey was in northeastern Pennsylvania — where Democratic lawmakers hope to lure a natural gas-fed chemical refinery — to tout a resolution he introduced to prevent a president from banning hydraulic fracturing.

The resolution has not secured support from any Democrat to help clear the Senate’s 60-vote filibuster threshold, he said Thursday, and a vote in the Democratic-controlled House is a long shot.

“Having this debate, I think, will help crystallize the choice to voters,” Toomey said.

In Philadelphia’s suburbs that might be key to Trump’s path to victory, Pennsylvania voters have shown a growing opposition to the drilling and massive pipelines required to move its product to refineries.

Candidates in state and local races are increasingly hardening their stances on the industry. National polling shows growing skepticism of fracking. Fracking is opposed by more Democrats in Pennsylvania’s Legislature, including state Rep. Danielle Friel Otten of Chester County.

Otten supports Massachusetts Sen. Elizabeth Warren — who has said that she would fight for legislation to ban fracking nationwide — and said Democrats’ fear of banning fracking boils down to campaign cash.

Campaign donations from building trades unions and the industry would flow to the other side, she said, while the public is more concerned about the impact of fracking to public health and the environment.

“The reality is, the electorate as a whole, from every poll we’ve seen over the past two years, would vote to ban fracking,” Otten said.

Instead, the country should get busy transitioning to the economy of the future, and not the past, Otten said, because the Democratic nominee can win Pennsylvania if Democrats are willing to get out and do the work, fracking ban or no fracking ban.

But those goals are no good if the country doesn’t elect a president who is dedicated to fighting climate change, he said.

“So first of all, let’s make sure we’re actually positioned to win, which once again, if we put forward two of the most polarizing figures on this stage as the only option, it’s going to be a real struggle,” Buttigieg said.

Members Only: Prepping for election season

Storage tanks are seen at a shale gas well pad in Zelienople, Pennsylvania.