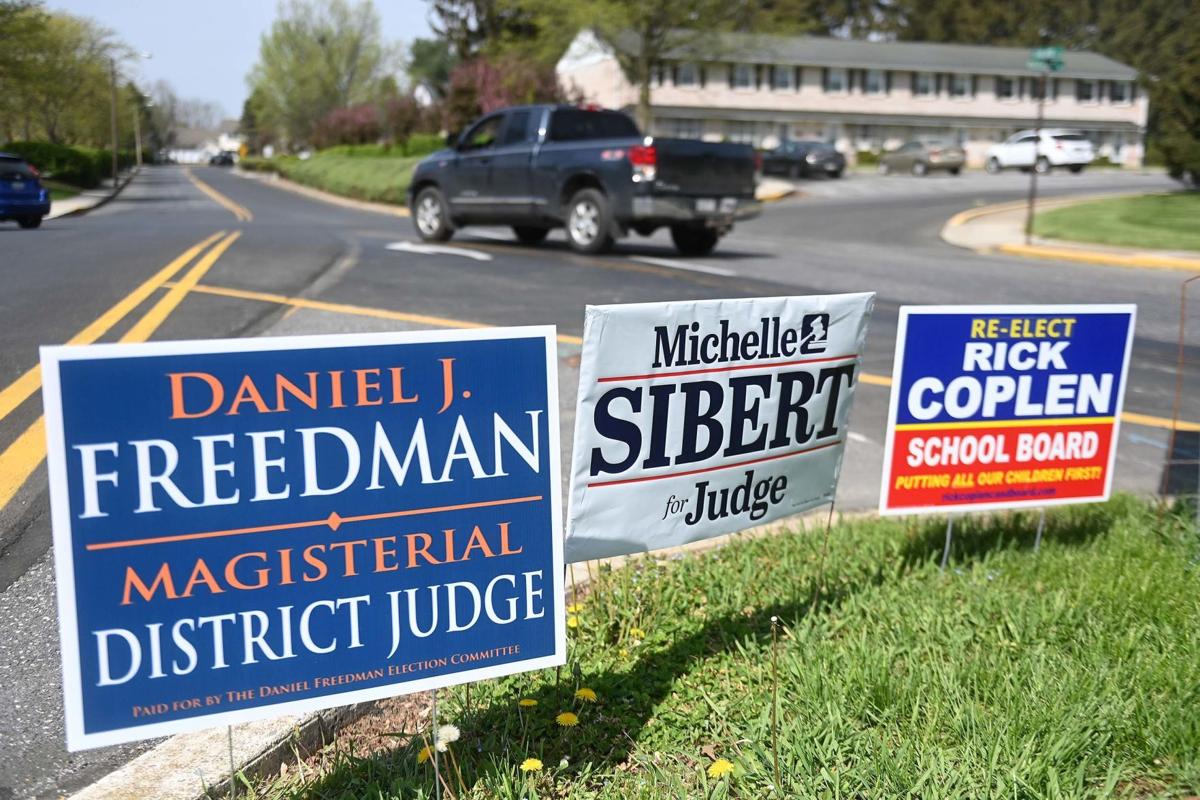 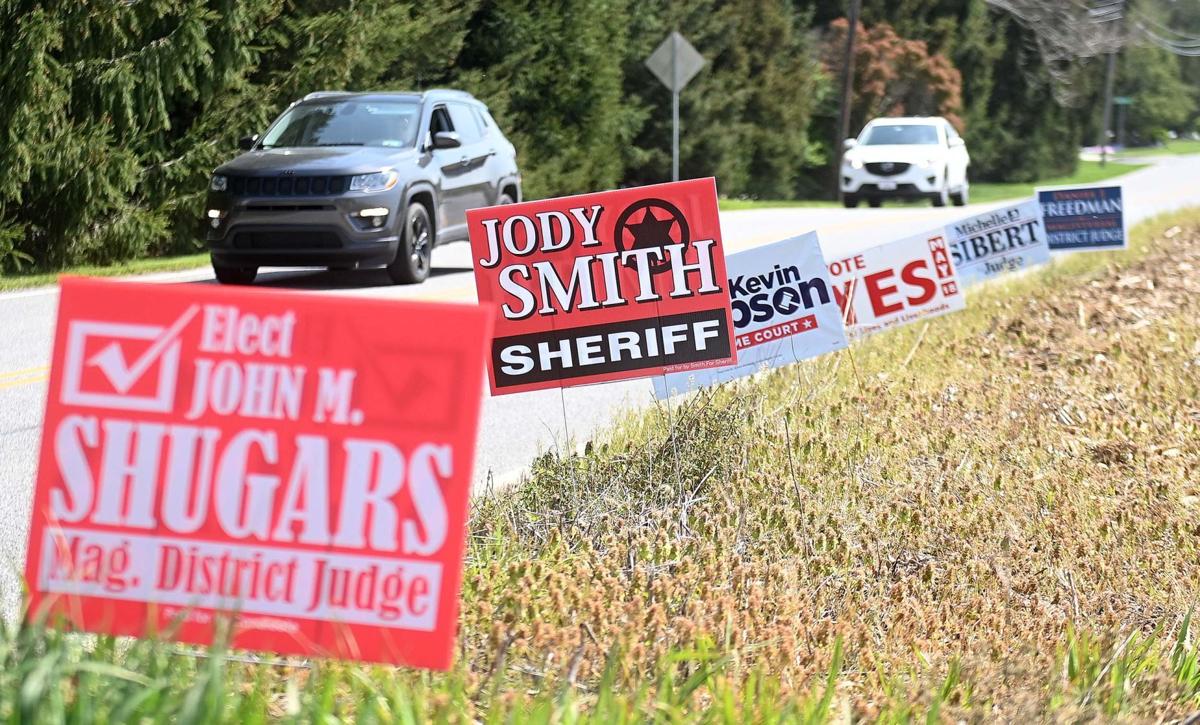 Further, voters in Newburg and Newville boroughs will have local referendums regarding alcohol sales.

Any registered voter can vote on these measures, meaning that independents and third-party voters will have an interest in this year’s primary beyond the Democratic and Republican intra-party contests that are closed to those not registered with the major parties.

The first two of the four questions are directly related to the political battle between Democratic Gov. Tom Wolf and the Republican-controlled state legislature over COVID-19 policy. The latter two questions, while also impactful, are somewhat less controversial.

The first question, put simply, asks if the Pennsylvania Constitution should be amended to allow the state legislature to terminate, by a simple majority vote, a disaster emergency declaration by the governor.

The second question similarly asks if the state constitution should be amended so that such declarations by the governor automatically expire after 21 days, and cannot be renewed unless the legislature votes to do so. This amendment would also give the legislature the power to define certain classes of disaster and create rules for their management by statute.

The context of the questions is the pandemic, in which Republican legislators have pushed back against Wolf’s emergency powers. The most strident opposition has been against Wolf’s business restrictions that closed and limited certain operations with the intent of slowing the spread of the coronavirus; many GOP officials, including those locally, openly called for business owners to defy the disaster orders.

The legislature itself attempted to end Wolf’s declaration last year by passing a resolution; Wolf indicated he would veto the measure, leading to a court challenge over the governor’s ability to do so.

The state supreme court subsequently found that the language of the Pennsylvania Constitution was on Wolf’s side. In response, the legislature passed measures to put constitutional amendments limiting the governor’s powers to the voters.

The legislative majority argues that the governor’s power is undemocratic, and that the ability to end and extend disaster emergencies should be vested in the legislature.

Wolf has argued that the executive administration is the best suited to reacting to emergencies, and that waiting for the legislature to go through politically-fraught debate as to what constitutes a disaster will hamstring the state.

There are also some further issues with the fine details of how the amendments would work, should they be approved by the voters.

The first is that the business restrictions are only one of extraordinary measures allowed under a disaster emergency declaration. Many of the other measures are financial and regulatory, and have been particularly important during the pandemic. Wolf has suspended certain licensing requirements under the declaration, allowing out-of-state medical practitioners to combat COVID-19 in Pennsylvania; the declaration also allowed the state to deploy the National Guard to help nursing homes.

Wolf also was able to re-open and expand benefits for the state’s home energy subsidies for low-income households, for instance, one of several changes to social programs allowed under Wolf’s emergency powers. A declaration of emergency also needs to be in effect for certain federal programs to pay out—expanded food benefits through SNAP have paid out an additional $1.3 billion, the state Department of Human Services said earlier this month: help that would not have been available without an emergency declaration in place.

Legislative Republicans have pointed to language in the proposed amendment allowing them to end a “portion” of a declaration, which they say would allow them to eliminate emergency powers they dislike, such as business closures, while keeping other extraordinary measures intact; Wolf’s administration has in turn cautioned against allowing each line item of a disaster response to be micro-managed by the legislature.

Another factor is that Wolf’s pandemic restrictions were issued under both his own disaster emergency declaration, as well as the powers vested in the state Secretary of Health through the state’s Disease Control and Prevention Act.

Thus, Wolf has argued, the proposed amendment does not solve the problem the GOP says it does – restrictions on gatherings and activities would remain in place under the Secretary of Health’s orders even if the legislature had the power to end or refuse to extend the governor’s declaration.

Republicans, however, believe that curtailing the governor’s powers, and leaving the matter to the state Department of Health alone, would limit the scope of what the administration could do.

Both cases challenge Pennsylvania’s restrictions on business activity and gathering sizes as violations of the U.S. Constitution; both are currently working their way through the federal appeals process and are unlikely to be fully decided prior to May 18.

Recent opinions in both cases have indicated that the question isn’t whether the state has the ability to enact restrictions per se – it does, but within limits. The core question is whether the Wolf administration’s allegedly inconsistent and arbitrary enforcement of the restrictions rises to the point of violating due process and equal protection rights.

Judge William Stickman’s September 2020 opinion in the Butler County case, which is currently being appealed, specified that the state does have a legitimate interest in creating restrictions to prevent the spread of disease, but that the Wolf administration’s execution of those restrictions was haphazard and ill-defined to the point that they failed to meet the precedent of “narrowly tailored” limits on Constitutional rights.

If Stickman’s decision were to hold, it would indicate that future emergency actions of a similar type by either the governor or secretary would have to be much more precise, regardless of what level of power the legislature holds over them.

The third question on the May ballot is also a proposed amendment to the Pennsylvania Constitution, which would add language specifying that equal rights under state law cannot be denied or abridged because of race or ethnicity.

The equal protections clause of the U.S. Constitution, in combination with subsequent federal civil rights legislation and court precedents, has created a federal framework for challenges of racial discrimination; Pennsylvania does not have such a structure, although the state’s Human Relations Act does establish certain anti-discrimination protections.

The final statewide question on the ballot is not a Constitutional amendment, but rather a simple referendum required under Pennsylvania’s fiscal law to expand loan eligibility.

The question asks if the state’s fire and emergency medical loan program – a pool of debt-financed state funds loaned to local departments – should be expanded to include companies with paid personnel.

Under existing legislation, the loan pool is limited to volunteer entities; but with volunteer ranks on the decline, an increasing number of departments utilize some paid personnel. Approval of the referendum would expand eligibility to all fire and EMS companies regardless of their personnel mix.

The referendum would not authorize the state to incur additional debt to expand the overall dollar size of the loan pool, it simply makes more entities eligible to apply for the funds.

Voters in Newburg and Newville will also be able to vote on allowing liquor licenses in their respective municipalities.

Pennsylvania’s alcohol laws allow for local opt-outs, which are still in effect in Newburg and Newville, but which can be changed at any time by the voters. Voting affirmatively on the referenda would allow the Pennsylvania Liquor Control Board to transfer licenses for the sale of beer, wine and spirits to businesses in the respective boroughs.

If approved, businesses in Newburg and Newville desiring to sell alcohol would still need to purchase the correct type of liquor license—the number of licenses circulating in each county is limited by the PLCB’s apportionment.

Wolf takes next step to start carbon emissions caps in 2022

If Wolf is successful, Pennsylvania would become the first major fossil fuel state to adopt a carbon pricing policy and join the Regional Greenhouse Gas Initiative.