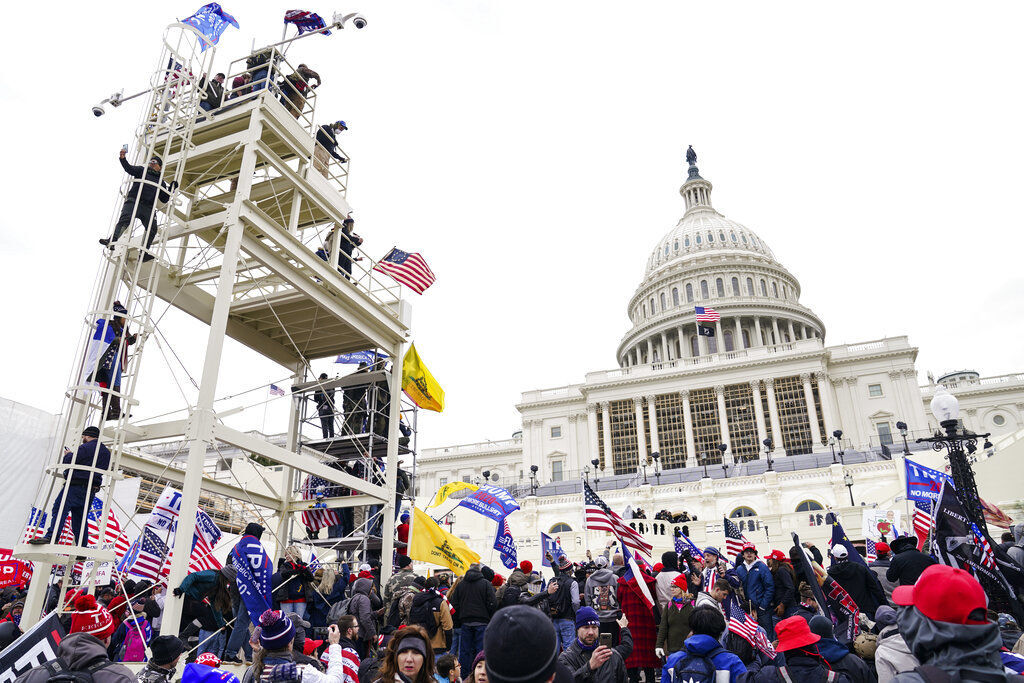 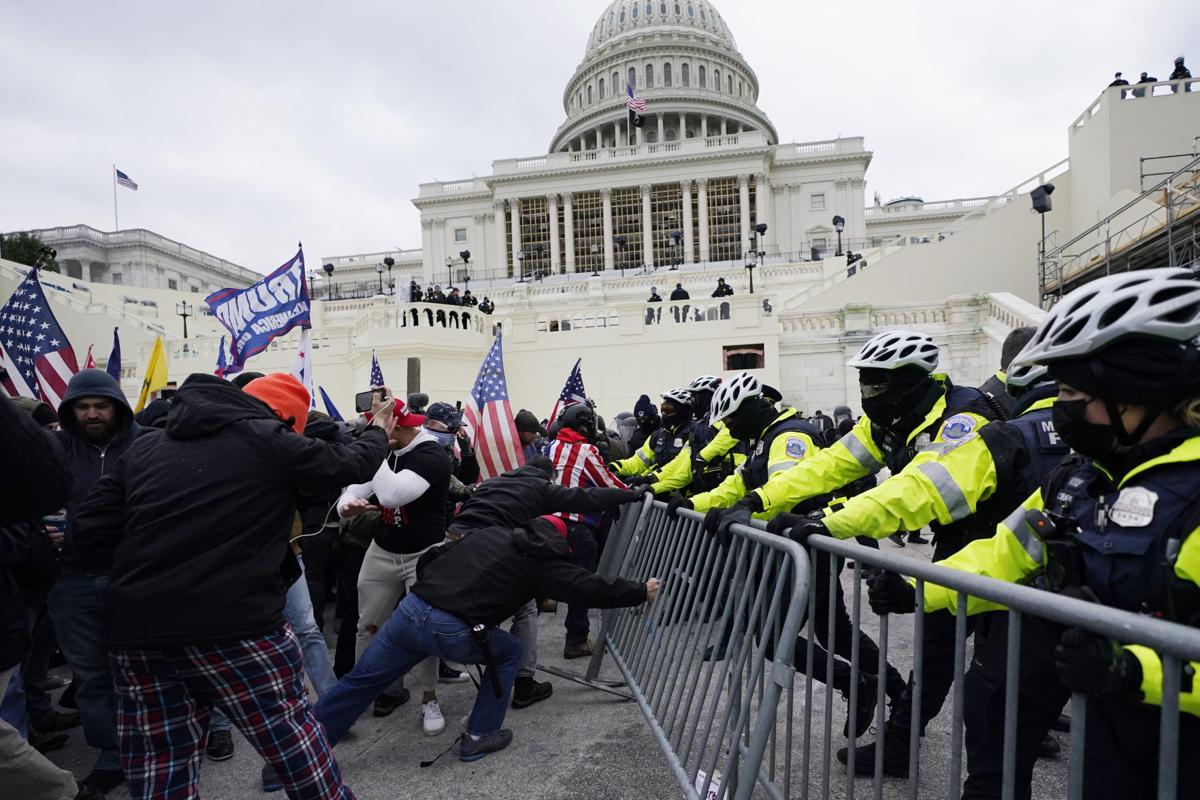 Supporters of President Donald Trump try to break through a police barrier at the Capitol in Washington on Jan. 6.

Cumberland County GOP committee members were not personally involved in the violence at the Capitol last week, despite helping to organize two busloads of people to attend the pro-Trump rally, said the committee member who coordinated the trip.

But none of the local GOP activists, to the best of Chippo’s knowledge, were involved in breaking into the U.S. Capitol building in a riot that cost the lives of five people; rather, Chippo said, the mood at the protest outside remained much less aggressive.

“The buses were organized as a peaceful rally and protest,” Chippo said, describing the demonstrations outside the Capitol building as “supportive and encouraging” and “not an incitement to violence,” although a certain number of those in attendance clearly thought otherwise.

A rally that was intended to support President Donald Trump in his challenges to the 2020 election results turned into an insurrection on the afternoon of Jan. 6 after a mob broke into the Capitol building and forced Congress to delay the certification of the Electoral College results that will take Trump out of power on Jan. 20, when President-elect Joe Biden is to be sworn in.

The ransacking of the Capitol resulted in the deaths of five people, including a police officer, and arrests are ongoing.

On Monday, the county committee issued a statement saying the events “in no way reflect the values of the Republican Party or our values as a committee.”

Chippo said her only insight into what may have touched off the violence was the presence of people on an upper-story balcony or terrace of the Capitol building who seemed to be enthusiastically waving or cheering, seemingly in support of the crowd.

“I assumed it was Secret Service or some kind of security for the Capitol building,” she said. “I said, ‘oh, that explains why they’re letting people into the building.’”

At least one local lawmaker was also present at last week’s incident — state Sen. Doug Mastriano, whose district includes a small part of Cumberland County around Shippensburg. Mastriano’s campaign also organized a bus trip with the senator to the Jan. 6 event.

Mastriano has said that he did not enter the Capitol, and that he and his wife left after it became clear that some participants were turning violent. But a growing number of his colleagues have called for Mastriano to resign or be investigated, citing his past rhetoric.

Mastriano has repeatedly told his constituents that Trump’s loss in the 2020 election amounted to an illegal power-grab by Democrats, describing the state Supreme Court’s election decisions as a “coup de main” in a letter that was signed by several of his colleagues, including Cumberland County’s other two state senators, Judy Ward and Mike Regan.

Just two days before the attack at the Capitol, Mastriano appeared on a conservative talk radio show to compare the certification of the Electoral College results to the power grab by the Bolsheviks during the Russian Revolution.

The lawmakers’ claims of “extensive potential fraud” rely on thin evidence, such as theories about “voter spikes” that are explained by the lag times between canvassing of ballots and the uploading of results, and are not proof of ballot-stuffing.

The unfounded accusations, however, continue to hold sway over Republican politics.

In the statement denouncing the violence, the county Republican committee said that members’ attendance at the rally was “to raise awareness of the widespread fraud that occurred during the 2020 election,” despite no proof of widespread fraud existing even after numerous court rulings and after a review of the election by Trump’s then attorney general, William Barr.

Mastriano had a deep interest in York long before he led anti-mask protests, fought to overturn Trump's reelection loss and showed up outside the U.S. Capitol during the Jan. 6 riot.

What weve seen today has long been the fear of our nations top security officials: President Trumps supporters storming the barricades and ent…

Perry used his time to blame others for the Jan. 6 pro-Trump rally that turned into a riot, suggesting that Congressional leadership was covering up advance knowledge of the ransacking of the Capitol that resulted in five deaths.

The leaders of both Penn State Dickinson Law and Dickinson College issued statements in the last week condemning the Jan. 6 attack on the U.S. Capitol.

Most Pennsylvania GOP backed Trump to the end, and still do

HARRISBURG — With Donald Trump out of the White House, Pennsylvania’s Republican Party shows no sign of walking away from a president who lost…

Only weeks after public calls for his resignation for his continued claims of election fraud after the Jan. 6 Capitol riots, U.S. Rep. Scott P…

Supporters of President Donald Trump try to break through a police barrier at the Capitol in Washington on Jan. 6.