Within a few weeks, Jan Mercer went from volunteering for shifts at Geisinger Holy Spirit’s screening tent for COVID-19 to being tested and consoled by those very same colleagues.

And two weeks after her discharge from the hospital, Mercer is still in the first leg of what could be a 6- to 8-month long journey to recuperate from the virus.

But what started as an eventual nightmare scenario turned into simply a pull that Mercer said all nurses feel.

“When the tent went up, I immediately went in and started signing up for shifts,” said Mercer, a licensed practical nurse who lives in Dillsburg and usually works in neurology in the Geisinger Holy Spirit health system. “I just felt, that’s why we’re nurses. We’re here to help people.”

Groups concerned over future of many Pa. hospitals in wake of financial report

Initially, there had been some concerns. Her husband, Bob, had heart issues that could put him at greater risk of complications from the disease. But at age 60 and in good health, Mercer felt she could still help her community by practicing strict rules to keep the coronavirus away from her home.

All employees in the screening tent wore the proper personal protective equipment and immediately changed and bagged their uniforms at the end of the shift before heading home.

“I knew there was a chance I could get it. But I was healthy. I didn’t have any co-morbidities. I had no lung damage, no heart issues, no autoimmune disorders. For 60 years old, I was healthy."

Mercer even took the precautions a step further. She drove only one car to make sure her husband had transportation should she get the disease. She also immediately changed out of her clothes again upon getting home and washed her clothes separately from her husband’s.

Her efforts and immediate self-isolation after she developed a cough may have helped prevent her husband from getting the disease, but Mercer eventually found herself getting screened by her friends instead of working alongside them.

“They were all so great,” she said. “They were wishing me well and asking if I was OK. I was pretty tearful — I knew I probably had it. They really calmed me down. They said, ‘I’ll take care of you.’”

Being on the receiving end of those words was new to Mercer, but the staff lived up to it as she was triaged. It diminished the sting of what had only been a possibility when she first volunteered.

“I knew there was a chance I could get it,” she said. “But I was healthy. I didn’t have any co-morbidities. I had no lung damage, no heart issues, no autoimmune disorders. For 60 years old, I was healthy.”

“I never thought that I would be that close to death.”

After struggling with the disease, Mercer was advised to go the hospital. Wearing protective gear and keeping his distance, Mercer’s husband drove her to the hospital and dropped her off at the emergency room.

That was the last she saw of him for 18 days while she battled the disease, though not the last she would hear from him. Though Mercer didn’t know the hospital staff since she worked with an outpatient office, the nurses helped care for her and contact her husband, holding her cell phone to her ear so they could talk, or so he could talk to her.

Because her husband wasn’t allowed inside the hospital, Mercer’s doctor called him every day to give him updates about her condition.

“They really went above and beyond,” she said. “I’m just so grateful of the care I got. They’re just phenomenal people.”

Eventually, though, the events of her time in the hospital became a blur. She started using pen and paper to ask questions.

The last question she asked her doctor before she went on a ventilator was, “Am I going to live?”

Mercer said she would regain consciousness for short periods when the nurses would explain the ventilator and ask her yes and no questions, which they commended her for answering and acting so appropriately.

After a diagnoses that started in mid-March, on April 19 doctors allowed Mercer to return home.

She admits that the line of clapping staff on her way out didn’t stop the tears.

Geisinger Holy Spirit’s nurses and doctors were in full force to give her a proper send off. They clapped and waved and lined the lobby, all while still wearing their personal protective equipment. Her occupational therapist helped lead her out to her eagerly waiting husband outside the glass doors.

“I saw my husband waiting for me, and I thought ‘I’m so ready,’” she laughed. “I was ready to go home and see my dogs and cats.”

Returning home isn’t the end of her journey. Mercer said that according to her pulmonologist, the disease severely damaged her lungs. In addition to getting strength back in her arms and legs from being in the hospital for so long, she’s also working on getting her lungs back up to speed.

Initially that meant taking a short walk the length of a house before returning home with her oxygen bottle, though she now can walk a half-mile in her recuperation — complete with her husband encouraging her by her side.

“It’s slow and steady,” she said. “My pace is very slow, but I’m going to make it happen. I have to fight.”

As she continues a process that could take six to eight months on oxygen before her lungs get back to where they were, Mercer said she’ll always remember the people that got her to where she is.

“They were the true heroes of the story,” she said. “I always felt like the hospital had always been kept in the shadow. But after being in the hospital and how the doctors work, Geisinger Holy Spirit is giant. People don’t realize how big it is. We’ve got a strong hospital, and it’s got a good team.”

“I knew there was a chance I could get it. But I was healthy. I didn’t have any co-morbidities. I had no lung damage, no heart issues, no autoimmune disorders. For 60 years old, I was healthy.” <&textAlign: right>— Jan Mercer

Carlisle Police said that through an investigation, they believe that the overdose victim met with Waltermyer in York to procure drugs, and the overdose of those drugs eventually led to the victim’s death.

When police arrived at North Pitt and West Penn streets, the fight was dispersing with numerous people vacating the area, and police discovered someone had been stabbed during the altercation. The victim was treated by EMS.

U.S. Attorney David Freed alleged that Ivan Rempel, 76, was president and chief executive of a warehouse business in Millersburg since the early 1990s and evaded payment of about $2.7 million to the IRS.

Some municipalities are rethinking the date for trick-or-treat this year due to rain predicted all day Thursday.

The zoning amendment approved on Thursday night allows restaurants with or without drive-thru facilities as a permitted use in transient districts 4 and 5 within the township’s town center district zone.

With Pennsylvania seeing its highest increase of new COVID-19 cases since the pandemic began, most of the southcentral region also saw unusually high spikes in the latest report from the state Department of Health.

Carlisle Borough Council, through Mayor Tim Scott, issued a statement Monday apologizing for the removal in 1972 of tombstones of African Amer… 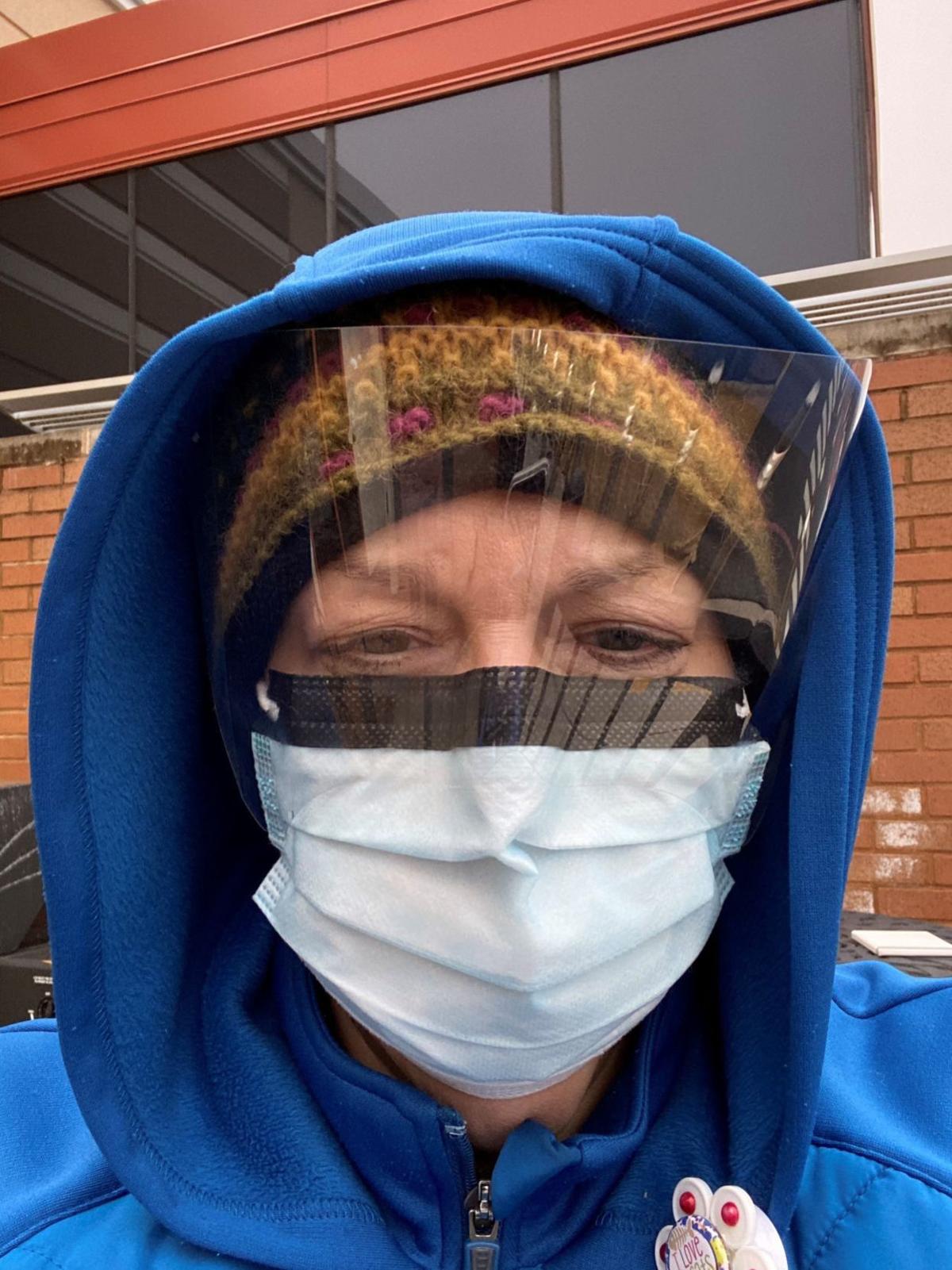 Jan Mercer, licensed practical nurse at Geisinger Holy Spirit, poses with her personal protective equipment before a shift at the screening tent outside the East Pennsboro Township hospital. Mercer would eventually catch the disease, starting her on a lengthy journey at the hospital and recovery at home. 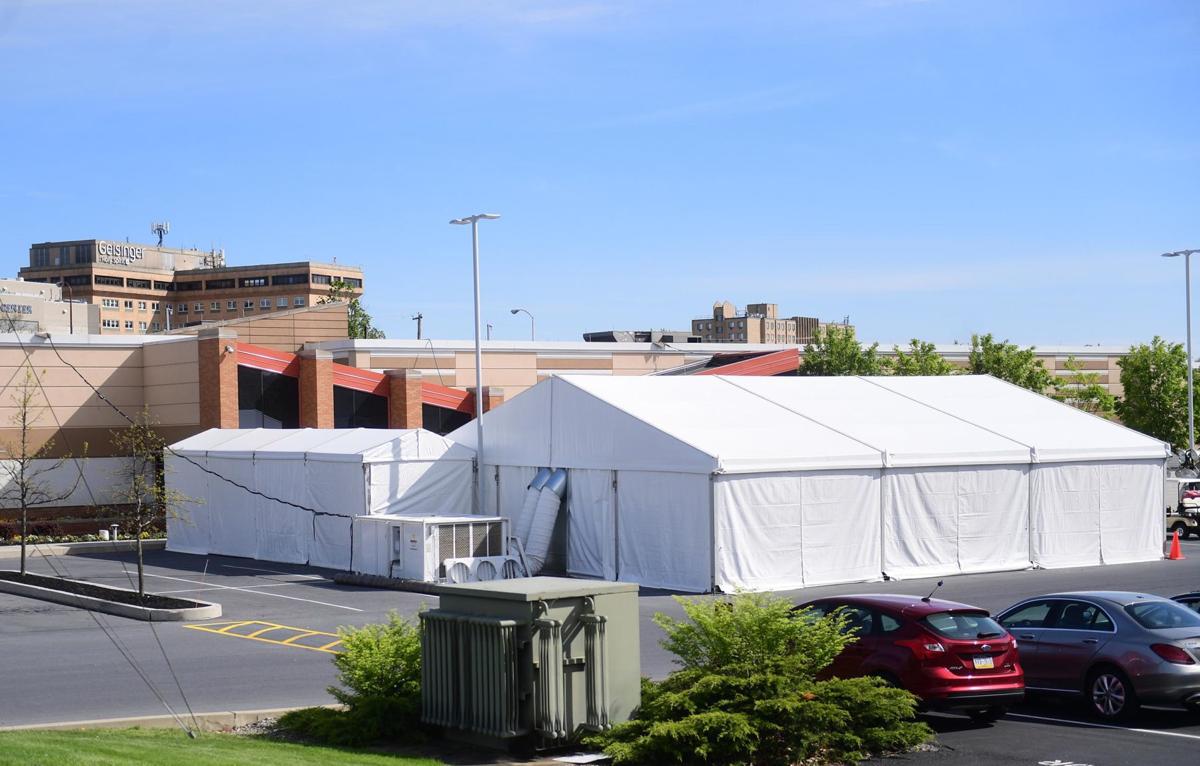 Patients are screened and triaged for COVID-19 in a special tent outside Geisinger Holy Spirit Hospital in East Pennsboro Township. Dillsburg nurse Jan Mercer volunteered for shifts in the screening tent before catching the coronavirus herself.