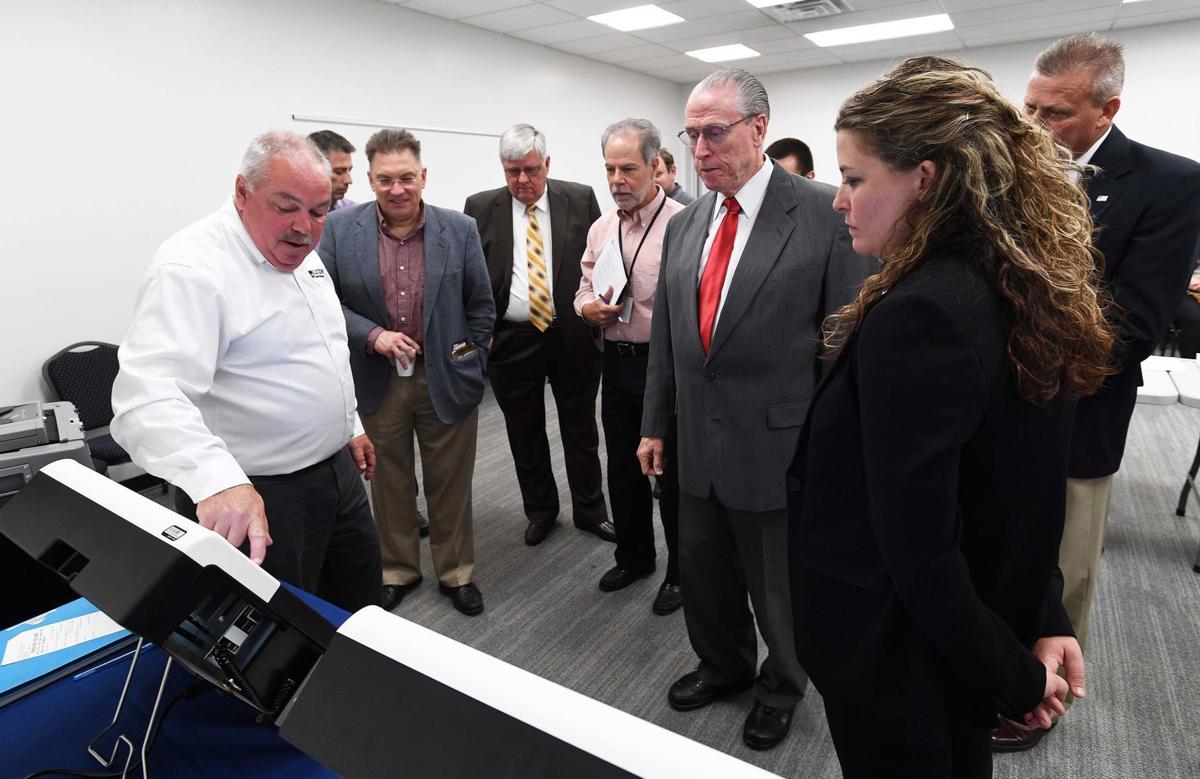 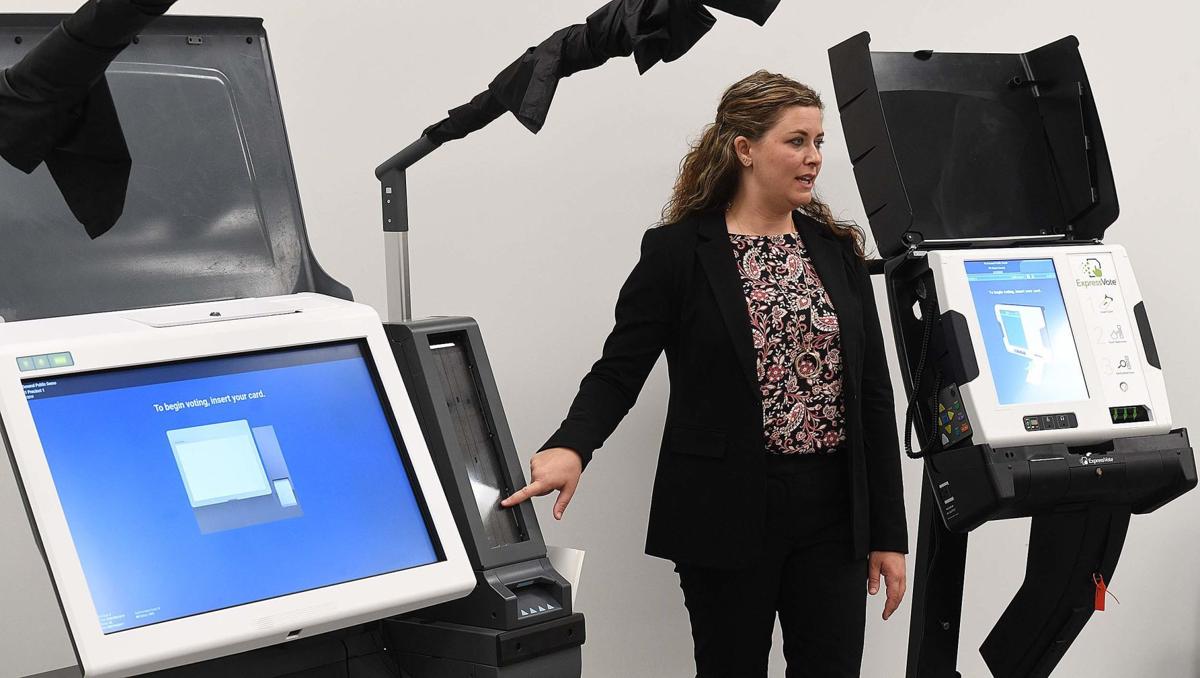 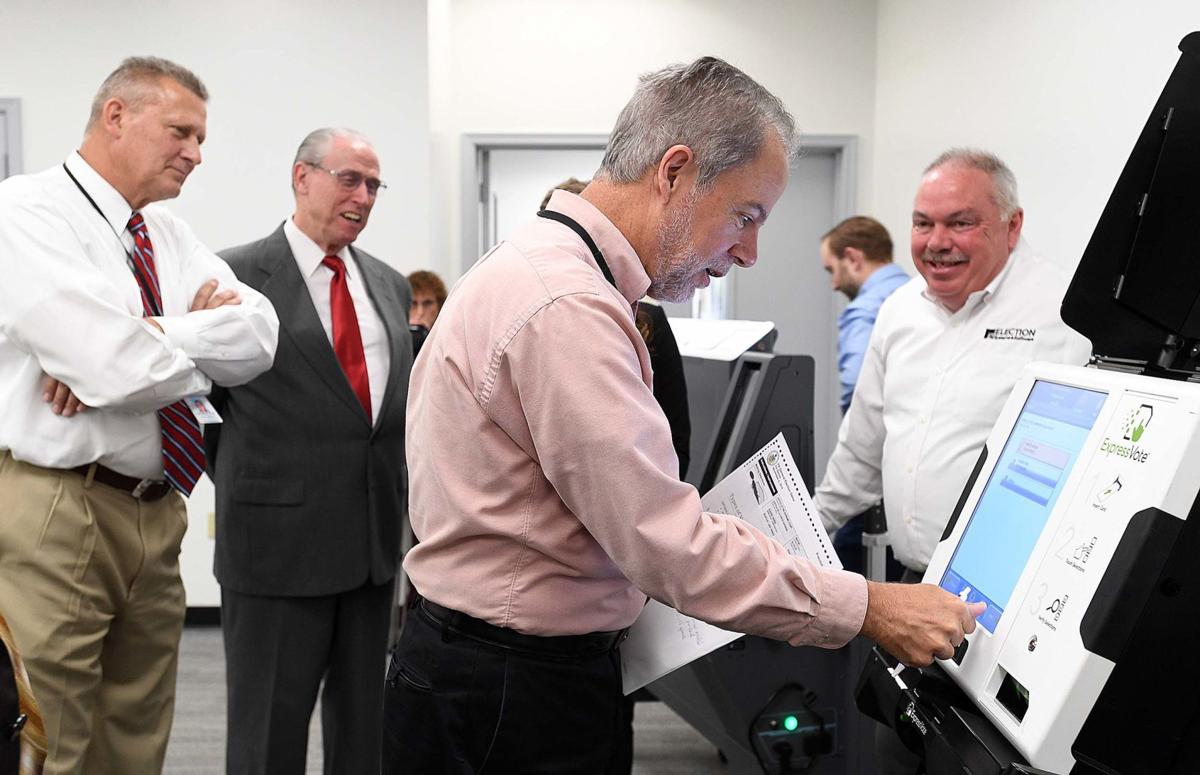 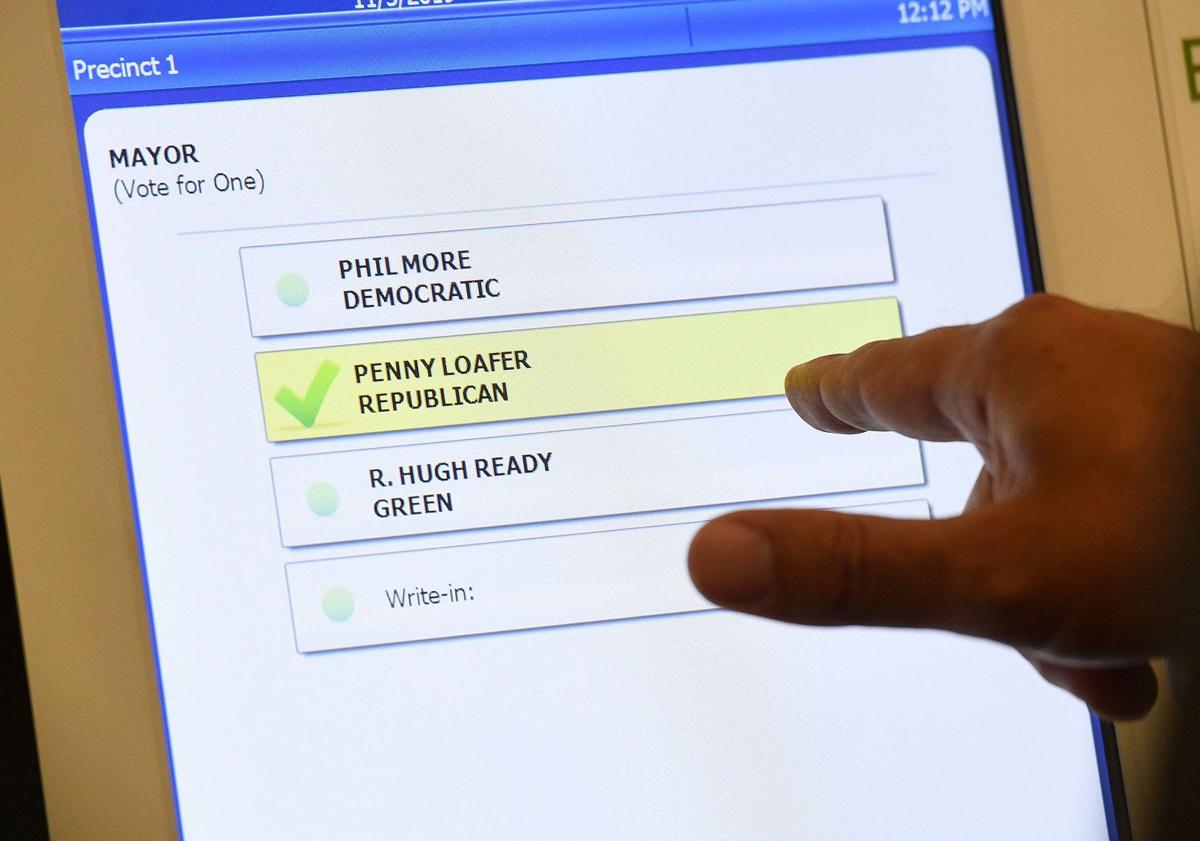 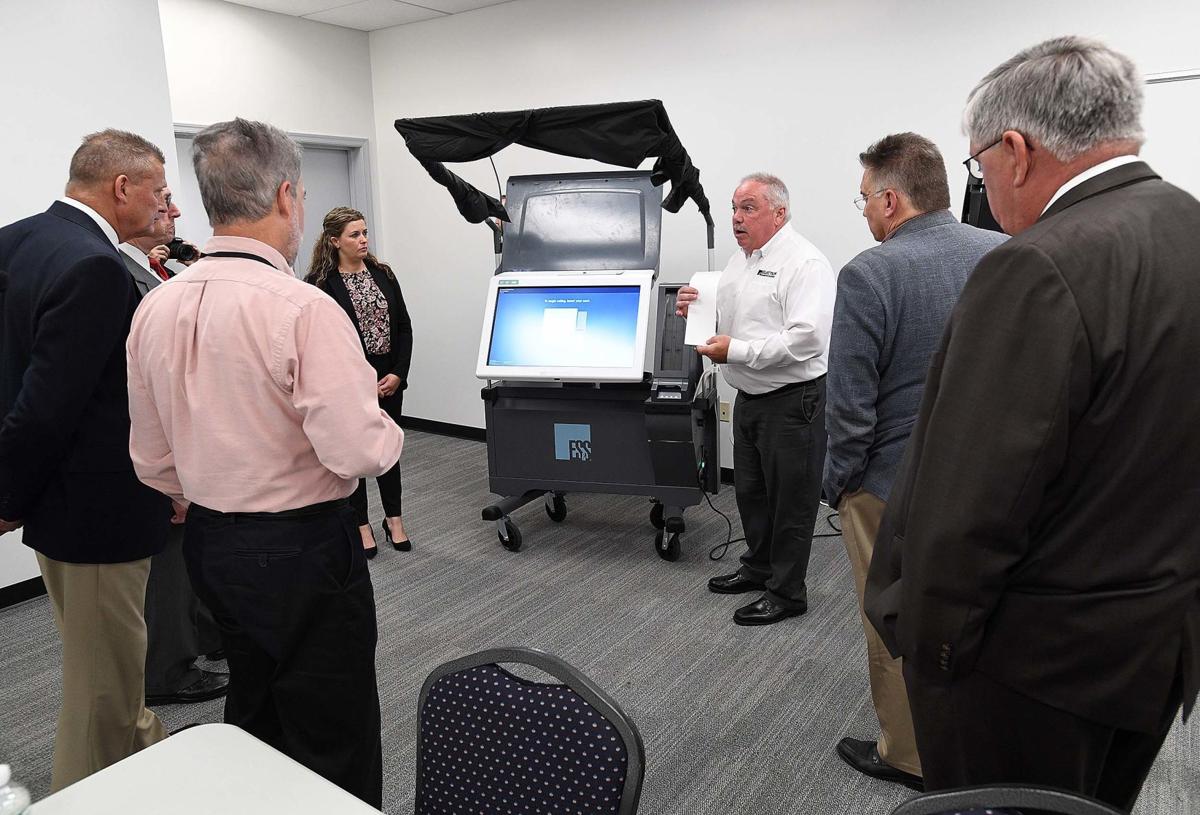 The first vote, though, will come from the Cumberland County Board of Elections, which must decide which new machines to buy.

Representatives from Omaha, Nebraska-based Election Systems & Software demonstrated four options Tuesday morning at the county Bureau of Elections on Ritner Highway in Carlisle. They ranged from an old-school paper ballot with a new-school twist to systems only slightly different from those the county uses now.

The Pennsylvania Department of State is requiring every county to purchase machines with a paper trail by 2020, responding to concerns that fully electronic voting machines could be vulnerable to hacking.

No matter which option the Board of Elections selects, votes will still be cast and recorded electronically. However, there will be a paper backup for use in recounts, and voters can view the paper ballots before casting their vote.

None of the options would permit a voter to take a receipt home with them after casting a ballot.

The four options are:

Members of the board of elections, other public officials, staff and members of the public discussed several factors – including privacy, voter confusion and ease of use for poll workers – but did not reach a conclusion. Director of Elections Bethany Salzarulo said she is concerned that with the first three options, voters will take their ballot home with them, thinking it is a receipt.

No matter which option the county chooses, it will be expensive. County officials have not yet calculated the precise cost of each option, but said the likely total will be $3-4 million.

Gov. Tom Wolf has asked the General Assembly to provide some funding support, but the amount remains subject to budget negotiations. The federal government has also given $14.1 million to Pennsylvania to modernize its voting systems, but Cumberland County received less than $300,000 of that funding.

The board of elections – consisting of county controller Al Whitcomb, prothonotary Dale Sabadish and county commissioner Jim Hertzler – will decide which machines to use, although the actual purchase must be approved by the Cumberland County Board of Commissioners. Hertzler said he’d like the board of elections to make a decision “in the near future” to ensure there is enough time to prepare for the April 28, 2020 primary election.

County staff and officials previously examined machines from other vendors, Salzarulo said. The Board of Elections decided to continue to use machines from Election Systems & Software, which supplies the county’s current voting machines.

The Cumberland County Board of Elections will see demonstrations of potential new voting machines at its meeting Tuesday.

Cumberland County will conduct a disability access audit of its polling places, in line with an agreement reached with the federal Department …

Time and money are running short for states to replace aging or inadequate voting machines before the 2020 presidential primaries, according t…

Pennsylvania must keep up on voting systems, lawmakers told

HARRISBURG — Failing to replace its roughly 25,000 voting machines by next year’s elections could leave Pennsylvania as the only state without…

Where it Stands: Counties given new option for voting machine

Where It Stands is a weekly story that takes a look at what has happened with a news story since it was last reported on by The Sentinel.

Republicans push back on cash Wolf wants for voting machines

HARRISBURG — Republican lawmakers are refusing to commit to the millions of dollars sought by Democratic Gov. Tom Wolf to back up his demand t…